Gaming News News
Have no fear – the intrepid and dashing STRANGE BRIGADE® set off for rip-roaring escapades on August 28! Rebellion’s new 1930s co-op adventure is now available for pre-order on PlayStation®4, Xbox One and PC, including Collector’s and Digital Deluxe editions.

As today’s brand new story trailer reveals, our four heroes find themselves in exotic, unplumbed corners of Egypt, where ancient terror lingers. Risen from the dead, the Witch Queen Seteki commands an army of mummified monstrosities hell-bent on terror, and only one band of brave adventurers has the gusto to sock ancient evil back into its sarcophagus! Together, the STRANGE BRIGADE® must take on treacherous traps, overcome puzzling predicaments and blast their way through hordes of malevolent monsters in a thrilling campaign for 1-4 players. 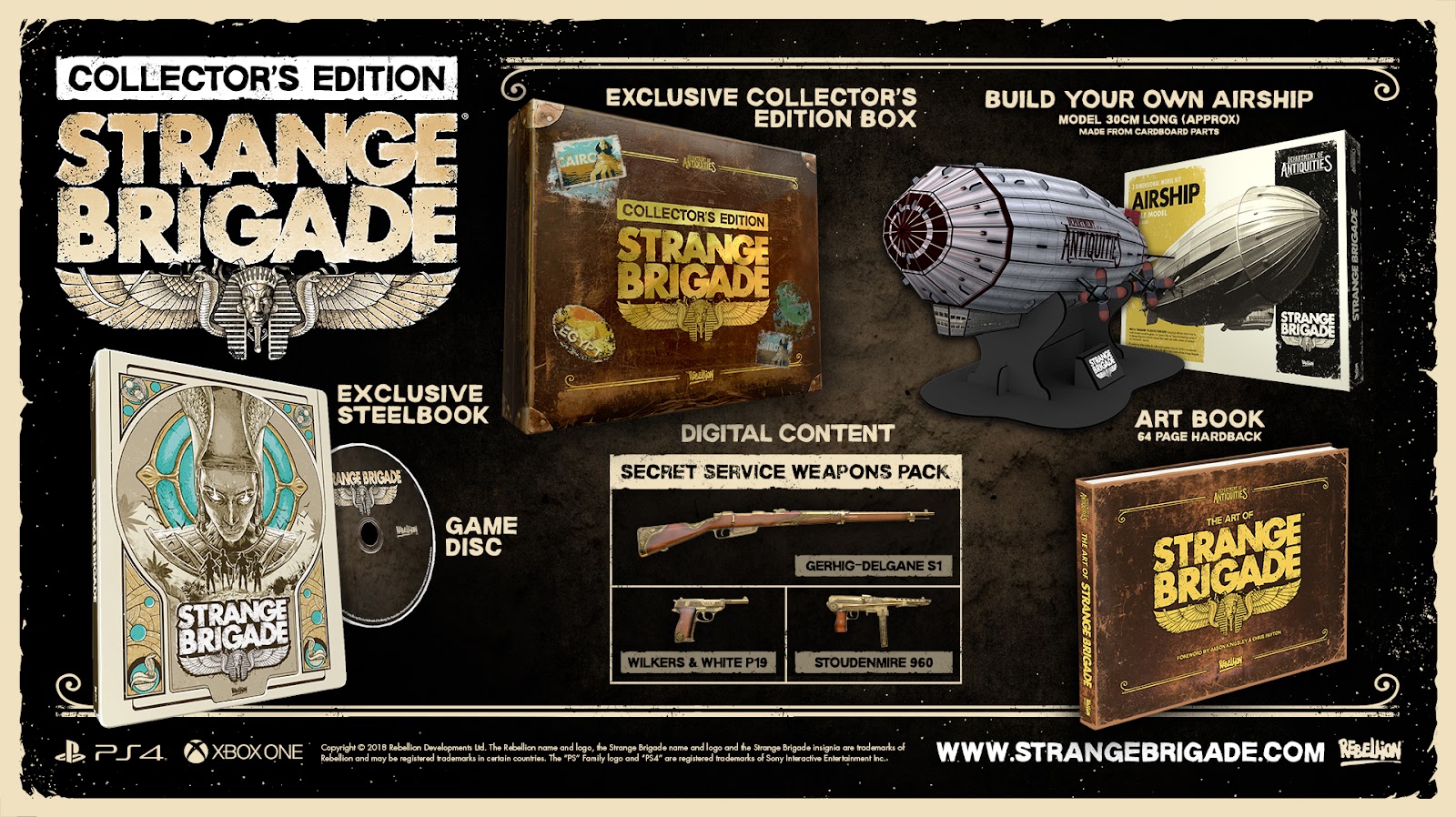 More discerning adventurers can opt for the tactile pleasures of the STRANGE BRIGADE® Collector’s Edition, which includes: