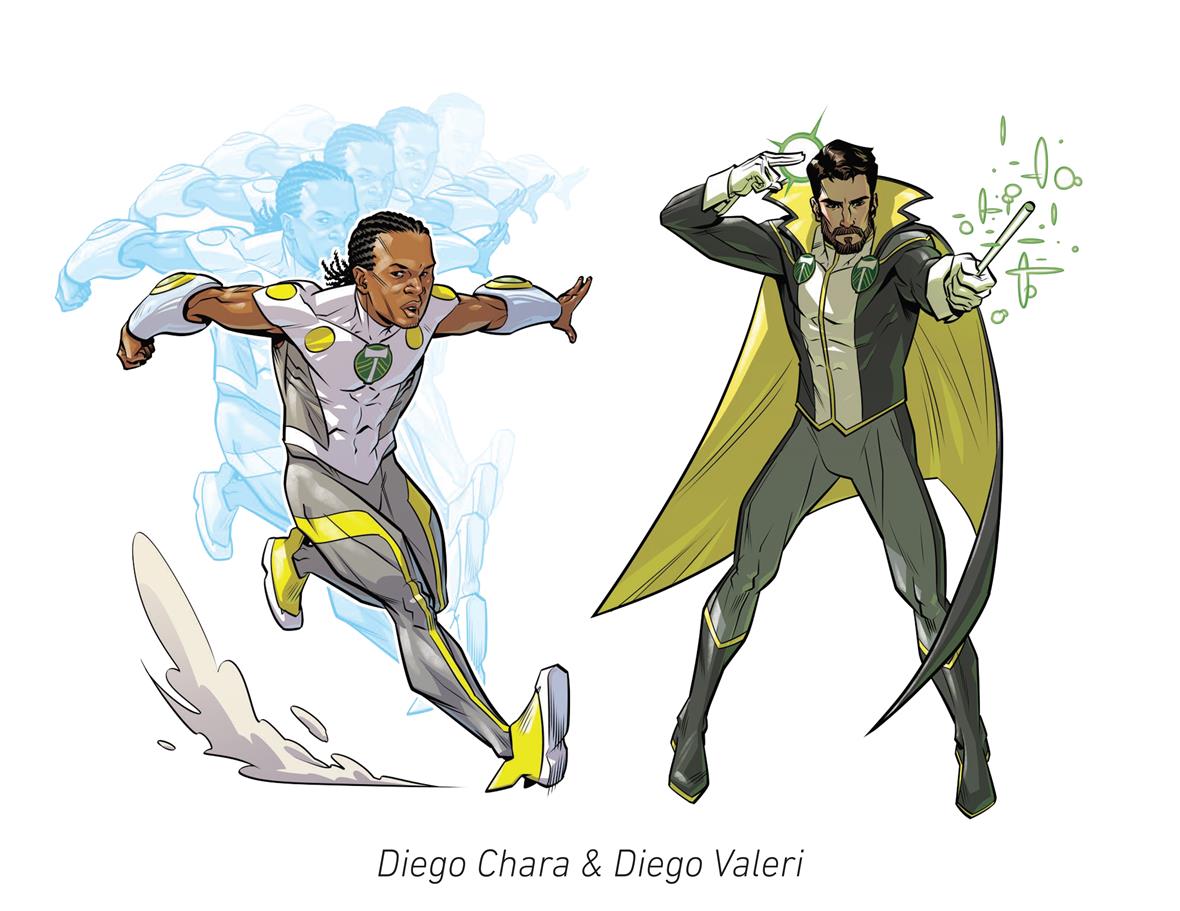 Timbers midfielders Diego Chara and Diego Valeri and Thorns FC midfielder Tobin Heath and forward Christine Sinclair will each be transformed into superheroes and have alter-egos created by local cartoonist Ron Chan. The collaboration will be launched on Saturday, April 28, on National Superhero Day.

“We are elated to partner with an industry leader like Dark Horse on this collaboration,” said Cory Dolich, Timbers senior vice president of business operations and marketing. “They are a dynamic, local company, and working with their team to highlight our brand and players in such a unique way is exciting to see.”

The full character bios for each of the Thorns FC and Timbers superheroes will be released later this week on www.timbers.com. For preview images, click here.

“We’ve had a great time working with the Portland Timbers and Portland Thorns FC to create these ‘super’ origin stories for some of the best players in the world,” said Mike Richardson, Dark Horse president and founder. “We’re excited to combine the creative talent of our staff and talented creators here at Dark Horse with the well-known athletic prowess of the Timbers and Thorns players.”

The special creative will be featured on a variety of merchandise including four individual t-shirts featuring each player, four individual pair of socks featuring each player’s superhero image and a commemorative scarf that features all four players. Each product will be available in-person at the Timbers and Thorns FC Team Stores during regular business hours, and online at www.shopthornsfc.com and www.shoptimbers.com, starting on Saturday, April 28, at 12 noon.