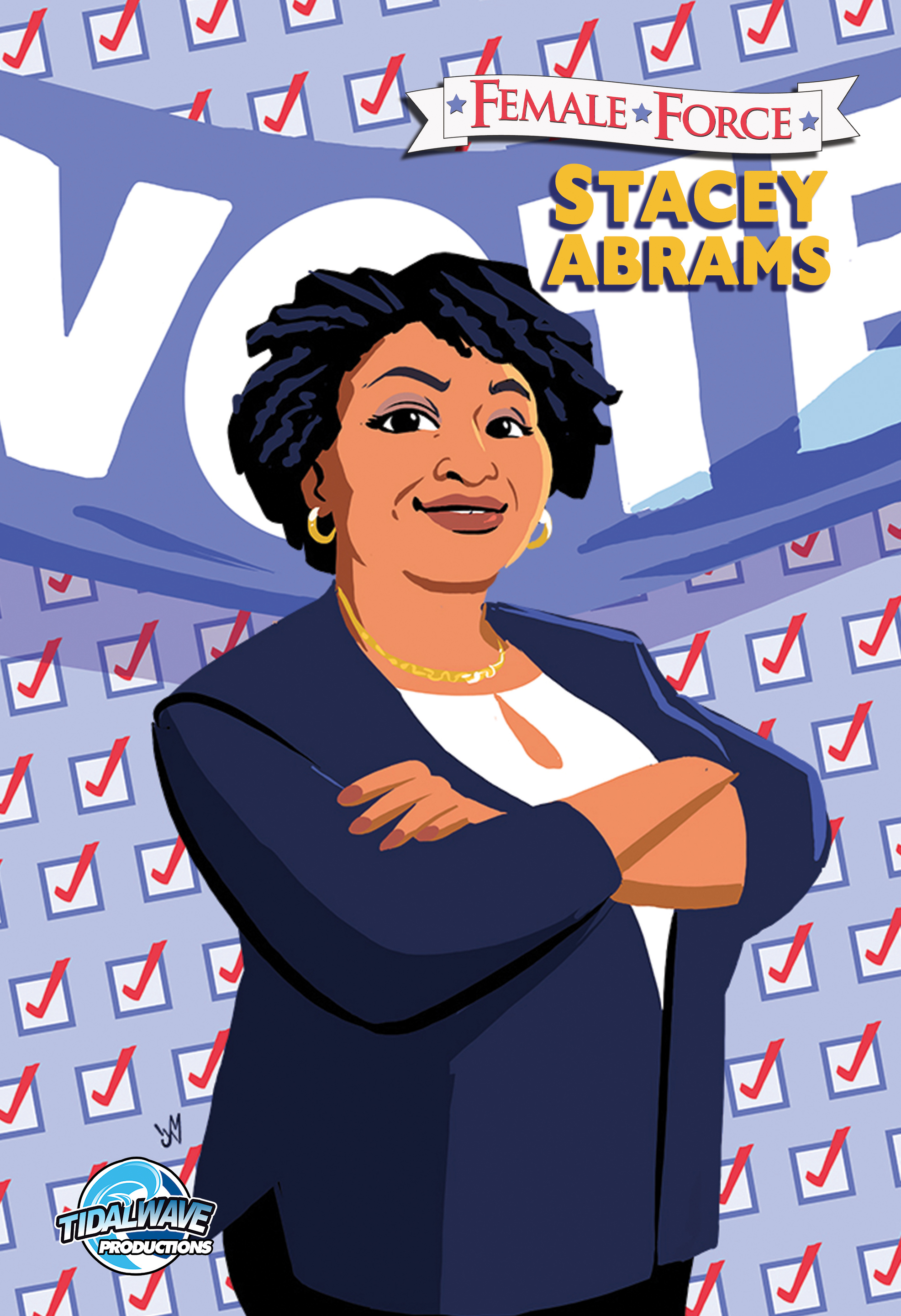 TidalWave has profiled politicians for more than 12 years using the unique storytelling properties of comic books.

Politician and voting rights activist Stacey Yvonne Abrams is committed to serving her home state of Georgia. After serving in Georgia’s House of Representatives from 2007 to 2017, she ran for Governor in 2018. Stacey lost that race in a nail biter. Instead of resting on her laurels, she founded Fair Fight Action 2020, a group dedicated to helping the Democrat Party financially while bolstering voting rights. Most credit Fair Fight Action 2020 for flipping the senate in the 2020 election.

Written by Michael Frizell, drawn by famed comic book artist Joey Mason, this 22-page book is available both digitally and in print and can be found on multiple platforms.

“We wanted to showcase the strong women in today’s society that have inspired generations and shaped the culture of today,” Davis said. “Kids and adults alike can look up to these women as great role models.  One of the coolest things about the comic books is that we found schools using them for reluctant readers.”

The latest biography comic book joins TidalWave’s ever-growing library of more than 200 comic book biographies. Previous titles have profiled Kamala Harris, Dolly Parton, Sonia Sotomayor, Michelle Obama, Ruth Bader Ginsburg, Condoleezza Rice and Cher. These biographical comics, written by some of the most talented writers in the comic world and beyond, deliver an informed and illustrated look into the lives of these figures.

“Comics should be for everyone! I like writing for TidalWave because we’re not trying to generate controversy when it comes to profiling political figures. Our goal is to tell a great story and make our subjects accessible to all,” said writer Michael Frizell.

“Stacey Abrams’ joyful and unapologetically down-to-earth approach is good medicine in our current political climate…  Frizell’s account of her foundations and career invoke that same warmth, and I hope readers enjoy learning about Stacey’s journey as much as I enjoyed drawing it,”said artist Joey Mason.

The biography comic format allows TidalWave writers to delve into the history of newsworthy figures and explore what shaped them. Several media outlets, including CNN, FOX News, MSNBC, “The Today Show” and Time and People magazines, have featured the company’s line of biographical comic books.

Print copies of the biography comics are available on Amazon. Digital versions are available from iTunes, Kindle, Nook, ComiXology, Kobo and wherever e-books are sold.