Open The Door To Adventure At HOTEL DARE 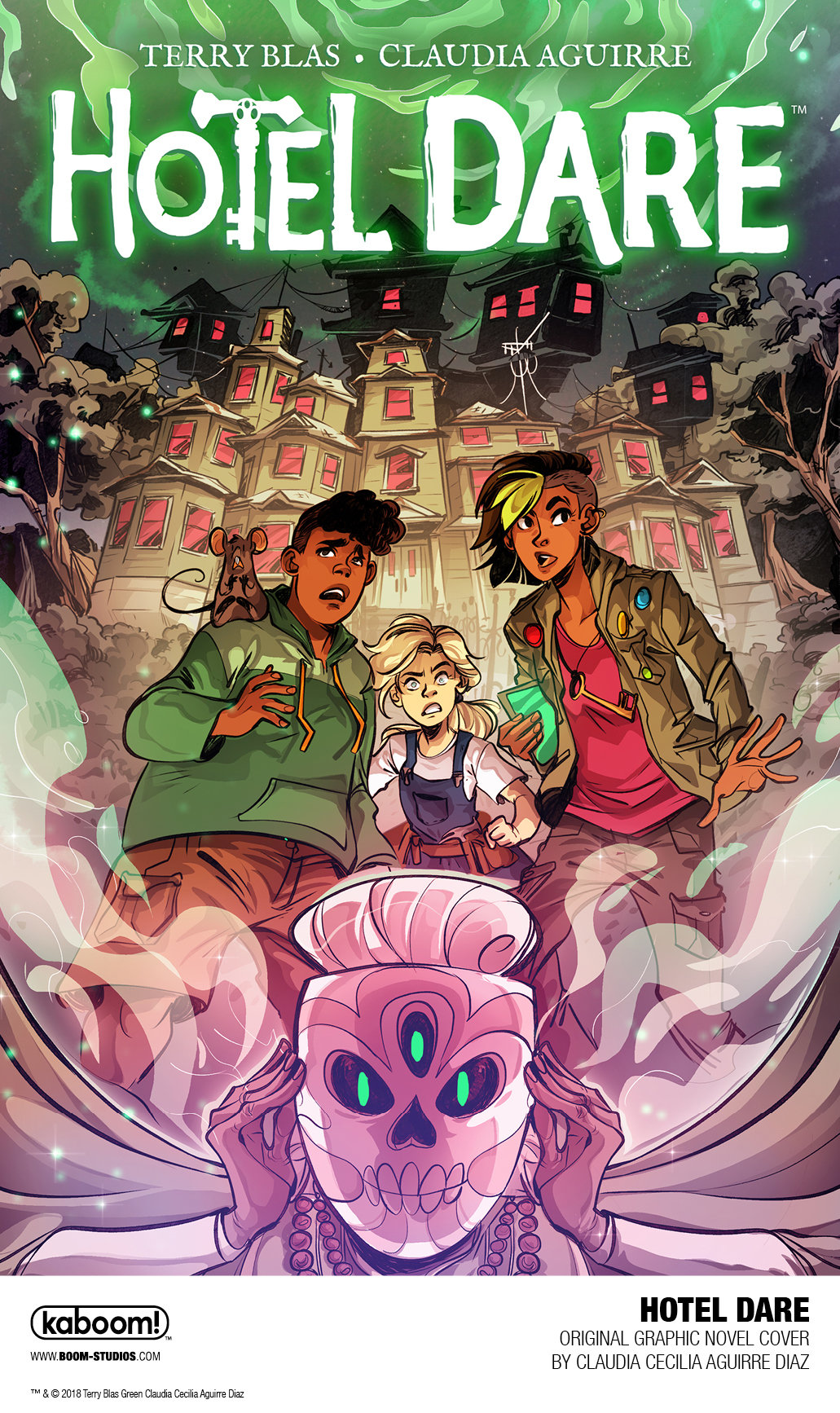 LOS ANGELES, CA (May 21, 2018) – BOOM! Studios is proud to announce HOTEL DARE, an all-new original graphic novel (OGN) written by Terry Blas (Dead Weight) and illustrated by rising talent Claudia Aguirre (Kim&Kim). Arriving in stores April 2019, this world-hopping fantasy follows Olive and her adopted siblings, Darwin and Charlotte, as they spend their summer with their estranged grandma Mama Lupe at her creepy hotel in Mexico. When their boring chores lead them to discover a secret hiding behind every door of the hotel – thanks to a mysterious ancient mask — the kids are transported to three magical worlds filled with space Pirates, bearded Wizards, and cotton-candied kingdoms. But if they’re gonna save these three worlds from certain jeopardy, they’ll need to embrace the love and acceptance of family…before they tear themselves apart!

“HOTEL DARE is the exact kind of story I’ve always wanted to write: an all ages adventure featuring a diverse family that spans worlds and times,” said Terry Blas. “To bring this type of story to life, featuring characters from some of the largest minority groups with the least amount of representation is important to me and hopefully it will connect with people of all backgrounds, interests and ages.”

“HOTEL DARE is the ultimate adventure book I would have loved as a kid; world-hopping action, and a cast of lovable Latino characters who take on the mantle of heroes,” said Claudia Aguirre. “Who doesn’t like a story with a heroic Mexican abuelita? I am very proud to be the artist for this amazing adventure for all ages. I’m hoping it will connect with you too, and make you feel like part of the Dare family!”

HOTEL DARE is the latest release from BOOM! Studios’ critically acclaimed KaBOOM! imprint, publisher of world-class licensed series such as Rugrats, Steven Universe, Over the Garden Wall, Peanuts, and Garfield, along with original series like Brave Chef Brianna by Sam Sykes and Selina Espiritu, and The Deep by Tom Taylor and James Brouwer.

“Family and interdimensional travel — what is there not to love about HOTEL DARE?” said Whitney Leopard, Editor, BOOM! Studios. “No matter how old we get, we always imagine the world that awaits us behind every door we open and that is just one of the things that Terry and Claudia are exploring in this beautiful, touching, filled with surprises story!”

Print copies of HOTEL DARE will be available for sale in April 2019  at local comic book shops (use comicshoplocator.com to find the nearest one), bookstores or at the BOOM! Studios webstore. Digital copies can be purchased from content providers, including comiXology, iBooks, Google Play, and the BOOM! Studios app.

For more on HOTEL DARE and other projects from BOOM! Studios, stay tuned to www.boom-studios.com and follow @boomstudios on Twitter. 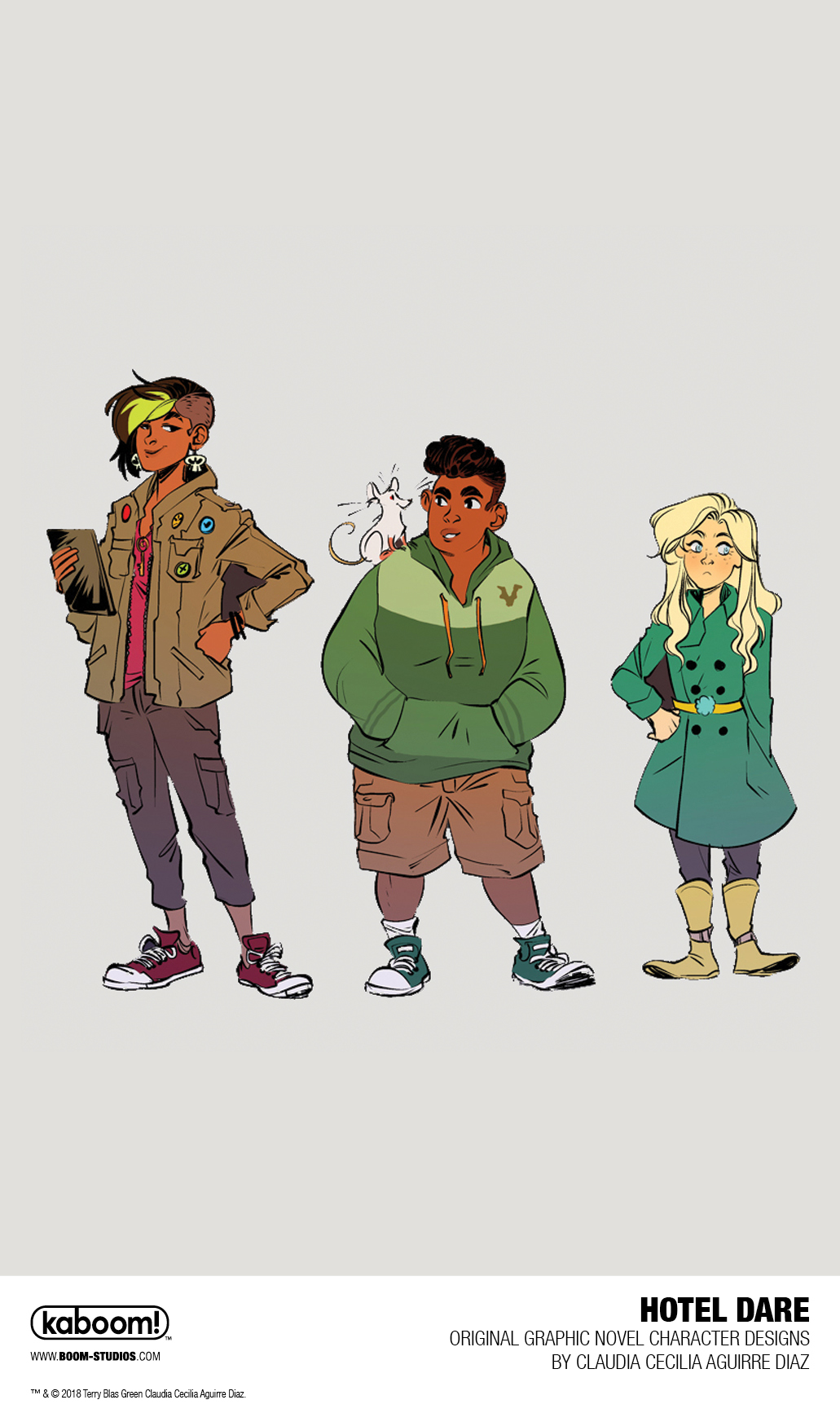 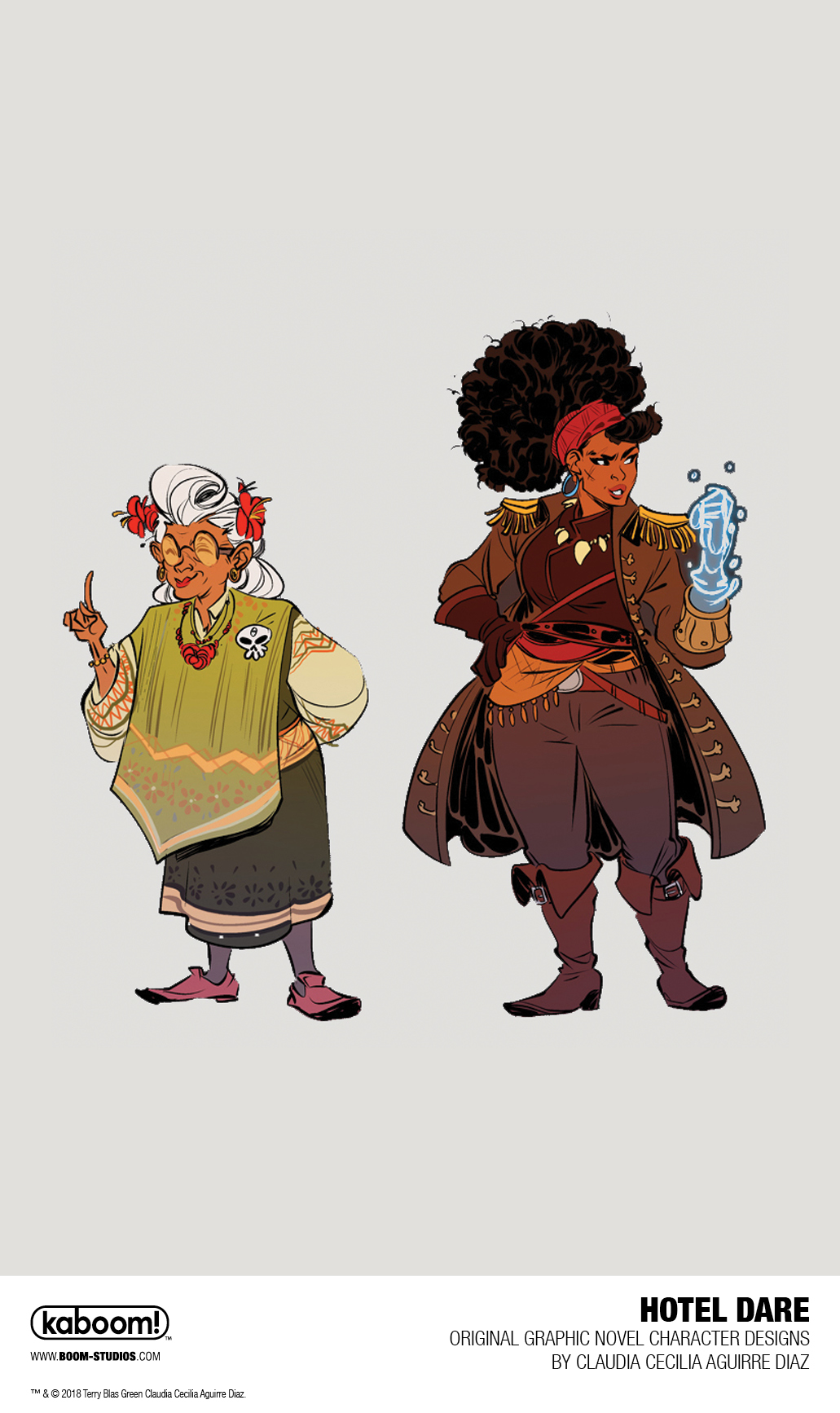 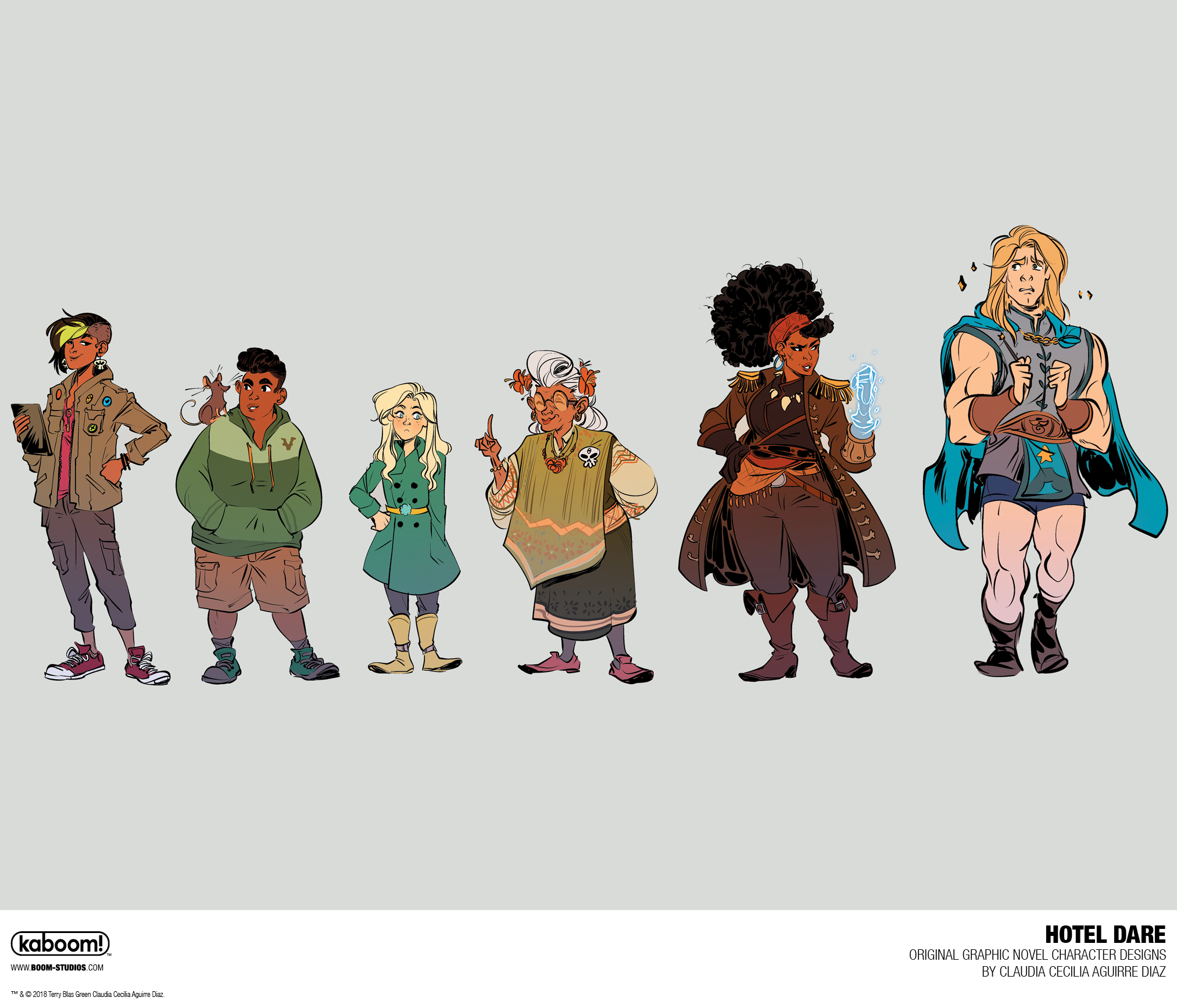