Out in November from Ethan Sacks & Dynamite

After all, what can possibly happen after “The End” than a full-blown zombie apocalypse? That is the screwed up status quo that writer Ethan Sacks (Old Man Hawkeye, Star Wars) and artist Rodney Buchemi (Death of Hawkman) will tackle in this new limited series. Assisted on colors and letters by Dijjo Lima (Assassin’s Creed, Doc Savage) and Troy Peteri (Amazing Spider-Man, Witchblade).

Picking up decades after the fall of civilization, humans are now an endangered species isolated to strongholds such as the central New Detroit. These undead are attracted to sound, so music and all related iconography have been banned. Especially that of the greatest band in history. However, a group of teenagers are not going to live this way and set out on a quest to track down KISS! Who may ultimately be the ultimate weapon to turn the tide against the zombies! Sacks has described the series as a cocktail of Land of the Dead, A Quiet Place, Seven Samurai and even Footloose!

This marks the first comic book work for Sacks outside of Marvel, where he’s expanded the “Old Man” franchise to Hawkeye and Star-Lord to much critical and fan acclaim. He’s got history with the band though, through his previous career as a journalist.

“In my two and a half decades as an entertainment journalist, one of my most proud achievements was interviewing Gene Simmons and Paul Stanley for a 40th anniversary retrospective of KISS,” said writer Ethan Sacks. “After all, this was a band that had provided the soundtrack for much of my life, and their eerie black and white makeup aesthetic seared itself in my brain during my childhood when I first spied those album covers in an older cousin’s record collection. So, all these years later, I jumped at the chance to write a KISS comic. Then my editor, Kevin Ketner, went and threw in zombies too. Allowing a George Romero uber-fan to pen a book about the undead is like waving slivers of brain in front of an actual zombie.”

“It’s great to be back with KISS. The first series I did was a sensational experience,” said artist Rodney Buchemi. “Working on Ethan’s scripts has been great fun on every page and every panel. And of course, drawing zombies is fun!”

“With each new KISS series, we try and push the mythology of this iconic band even farther and surprise fans,” said Nick Barrucci, Dynamite CEO and Publisher. “We’ve been thinking over this zombies concept for a long time, but knew a great writer was needed to execute it as well as have the needed passion for both the band and the cultural hallmark of zombies. We literally could not have found a better match than Ethan, and we’re honored to work with him as he expands his career to other publishers.”

The series features covers by a spectacular four-piece of artists. The unimpeachable king of comic book zombies, Arthur Suydam (Marvel Zombies, DCeased), fronts the group. Fan-favorite Stuart Sayger (Vampirella vs. Reanimator) is back for his third straight string of KISS covers! Interior artist Buchemi will also be contributing covers to each issue. While of course the iconic band themselves will be represented in life by photo covers pulled from the archives. 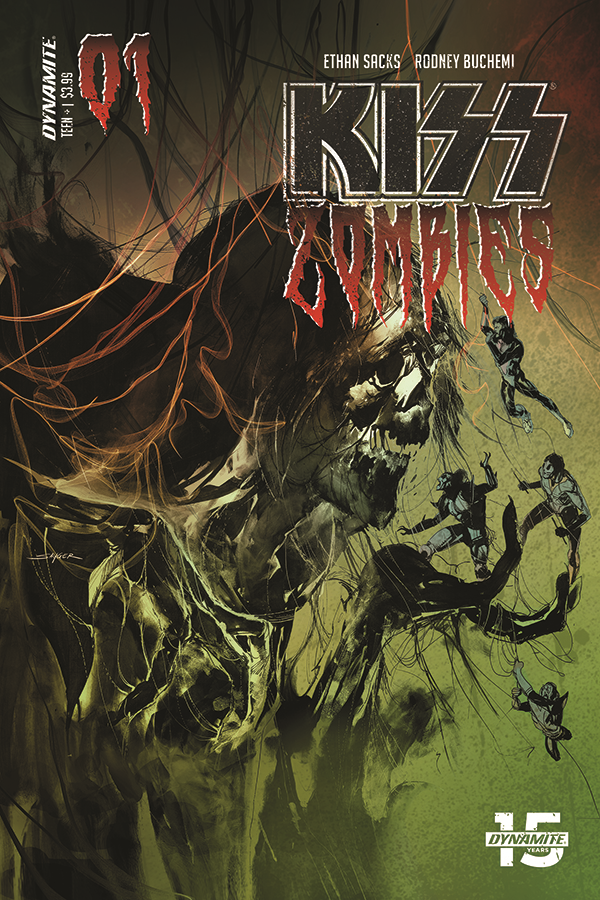 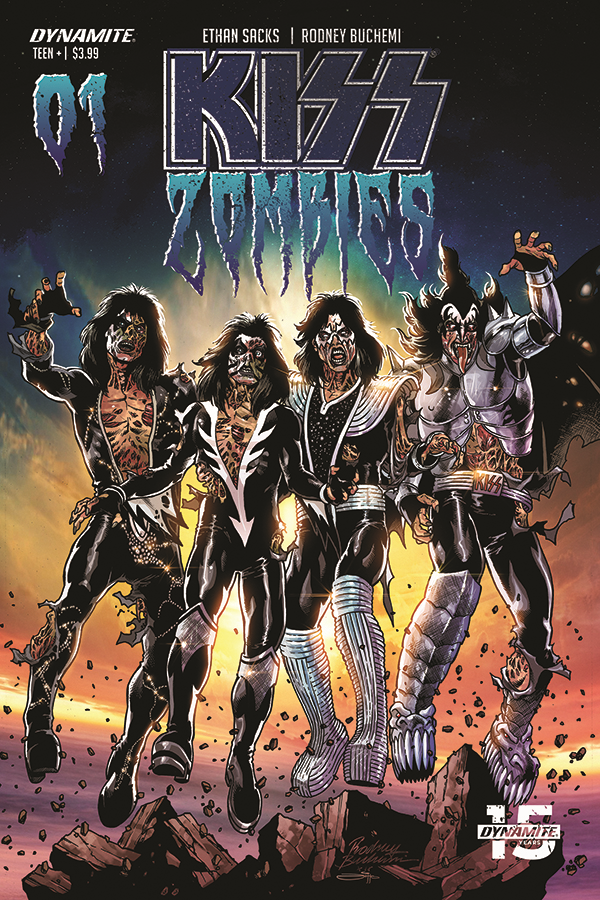 Plus, the previous KISS series, The End by Amy Chu (Red Sonja, Poison Ivy) and Edu Menna (Twilight Zone, ZNation) will be collected in a paperback the same month as the debut of Zombies. 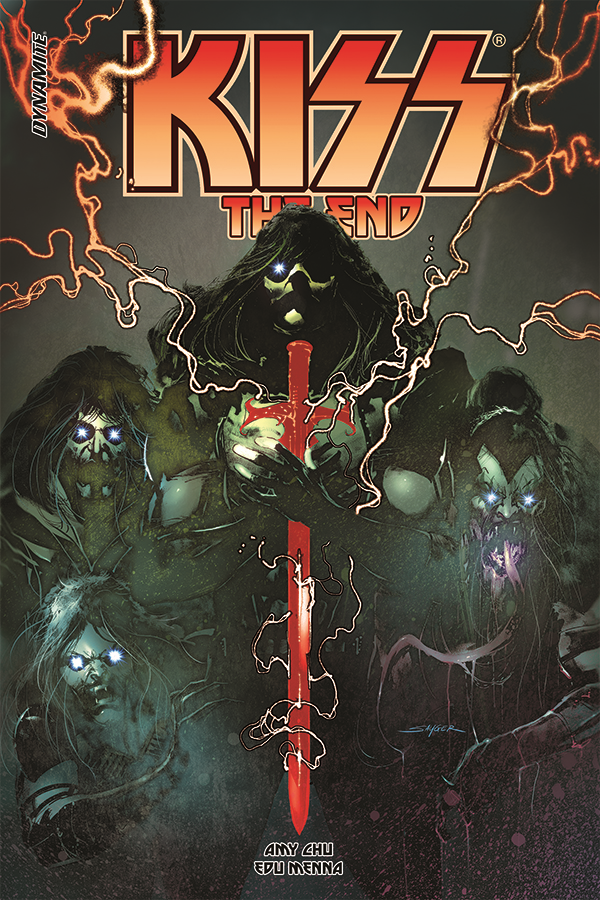 KISS: Zombies #1 and the KISS: The End TP will be solicited in Diamond Comic Distributors’ September 2019 Previews catalog, the premier source of merchandise for the comic book specialty market, and slated for release in November 2019. Comic book fans are encouraged to preorder copies of the issue with their local comic book retailers. It will also be available for individual customer purchase through digital platforms courtesy of Comixology, Kindle, iBooks, Google Play, Dynamite Digital, ComicsPlus, and more!