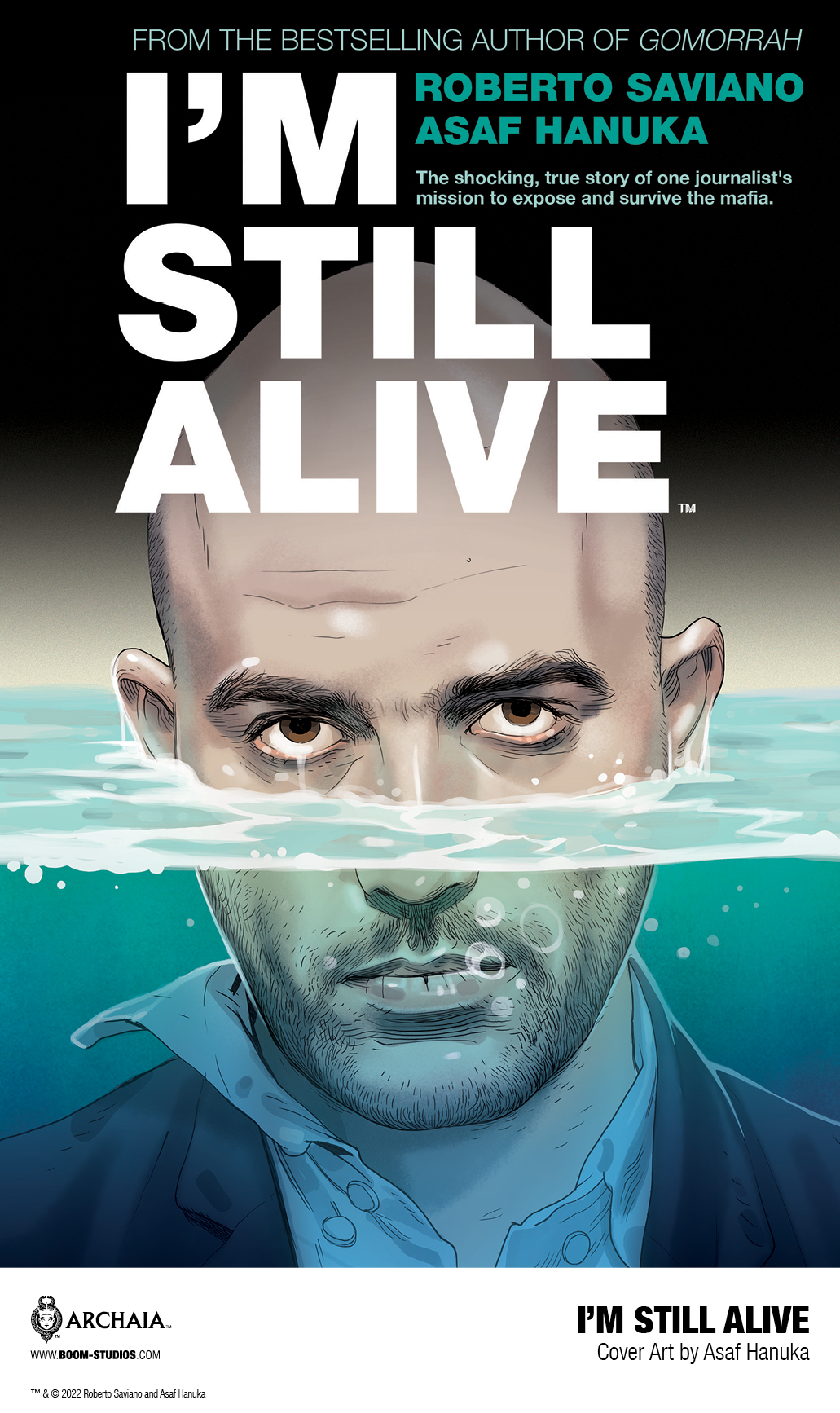 When journalist Roberto Saviano wrote the groundbreaking international bestseller Gomorrah, he exposed the inner workings of the Naples mafia, resulting in real-world investigations into the corruption at the heart of the Camorra. But with the pursuit of justice and worldwide renown came violent death threats and the need for an isolated existence behind armed guards, which Saviano suffers to this day. Joined by award-winning cartoonist Asaf Hanuka, Saviano shares his deepest thoughts and experience of life in Naples, where he witnessed the power and violence of the mafia firsthand, as well as the unvarnished truth of his daily life after exposing the most ruthless and powerful criminal organizations of the 21st century.

“In I’M STILL ALIVE, resistance is expressed through the artillery of the written word and through the boundary of one’s body, understanding that, from any fight, you learn one rule and one rule only: it is not true that from battle you will either come back alive or you won’t come back at all,” said Saviano. “In the event of your return, you will return wounded, mutilated in body and soul. I’M STILL ALIVE is the story of my wound.”

Roberto Saviano is the author of the international bestsellers Gomorra: A Personal Journey, which has sold over ten million copies and been translated into more than 40 languages, and ZeroZeroZero, which was chosen by Lire as the best work of reportage in 2014. Gomorrah was adapted into a 2008 film that won the Grand Prix at Cannes Film Festival and was nominated for a Golden Globe. It was also made into a critically acclaimed television series with worldwide distribution. The Piranhaswas adapted into a prize-winning film at Berlinale.

Saviano’s journalism has been widely published, including in La Repubblica, L’Espresso, The Washington Post, The New York Times, Vice, El País, Die Zeit, Expressen, Dagens Nyheter, The Times (London), and The Guardian. He has been living under police protection since October 2006, following threats received from the criminal organizations that he had denounced in his reporting. In 2011, he was awarded the PEN Pinter International Writer of Courage Award.

“Working with Roberto Saviano made me realize that freedom, which I enjoy as an endless resource, is not to be taken for granted. Roberto lost his freedom and the chance to live a normal life. But he never lost his words, he never stopped writing,” said Hanuka. “The work on the book was both inspiring and challenging. Inspiring because it’s a story of someone who always spoke for those who don’t have a voice, no matter what the price was. And challenging because his writing is made of metaphors, emotions and reflections. I had to find a visual language that corresponded to the complexity of the writing. The result was an unforgettable journey into his soul.”

Asaf Hanuka is an Eisner Award-winning and Ignatz Award-nominated cartoonist and illustrator whose work has been translated into many languages and has won the Society of Illustrators Gold Medal, 3X3 Silver Medal, and Communication Arts Award of Excellence. He teaches illustration and comics at Shenkar College of Engineering, Design and Art.

“In I’M STILL ALIVE, collaborators Saviano and Hanuka embody the perfect union of words and images. Together, they show how this storytelling medium can be a platform for change and a tool for justice,” said Sierra Hahn, Executive Editor, BOOM! Studios. “Hanuka’s singular imagination pours onto the page, infusing the horrors of Saviano’s now daily life with pathos, drama, and heartbreak. Saviano’s voice is poetic and raw and as original in execution and sentiment as Asaf’s artwork. This book is not to be missed.”

I’M STILL ALIVE is the newest release from BOOM! Studios’ award-winning Archaia imprint, home to inspiring graphic novels such as Slaughterhouse-Five by Kurt Vonnegut, Ryan North, and Albert Monteys; The Sacrifice of Darkness by Roxane Gay, Tracy Lynne-Oliver, and Rebecca Kirby; Big Black: Stand at Attica by Frank “Big Black” Smith, Jared Reinmuth, and Améziane, The Killer by Matz and Luc Jacamon, We Served the People by Emei Burell, New World by David Jesus Vignolli, Eighty Days by A.C. Esguerra, Better Angels: A Kate Warne Adventure by Jeff Jensen and George Schall, The Short While by Jeremy Sorese, and About Betty’s Boob by Vero Cazot and Julie Rocheleau, as well as Flavor Girls by Loïc Locatelli-Kournwsky, and licensed series including Sabaa Tahir’s An Ember in the Ashes, Lev Grossman’s The Magicians, and Jim Henson’s The Dark Crystal: Age of Resistance, The Storyteller, and Labyrinth.

Print copies of I’M STILL ALIVE will be available for sale on October 5, 2022 at local comic book shops (use comicshoplocator.com to find the nearest one), October 11, 2022 at bookstores everywhere or at the BOOM! Studios webstore. Digital copies can be purchased from content providers, including comiXology, iBooks, Google Play, and Kindle.

For continuing news on I’M STILL ALIVE and more from BOOM! Studios, stay tuned to boom-studios.com and follow @boomstudios on Twitter. 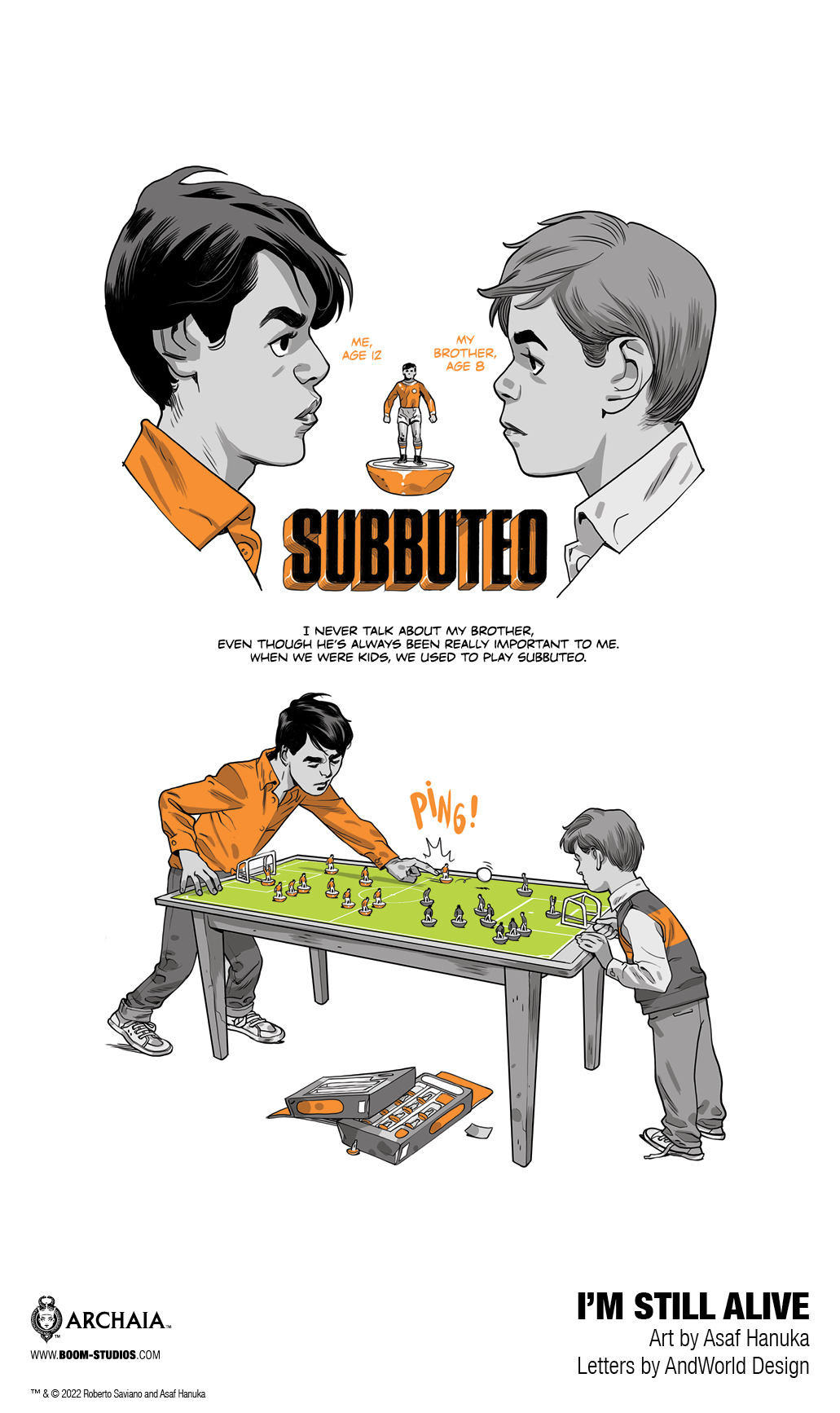 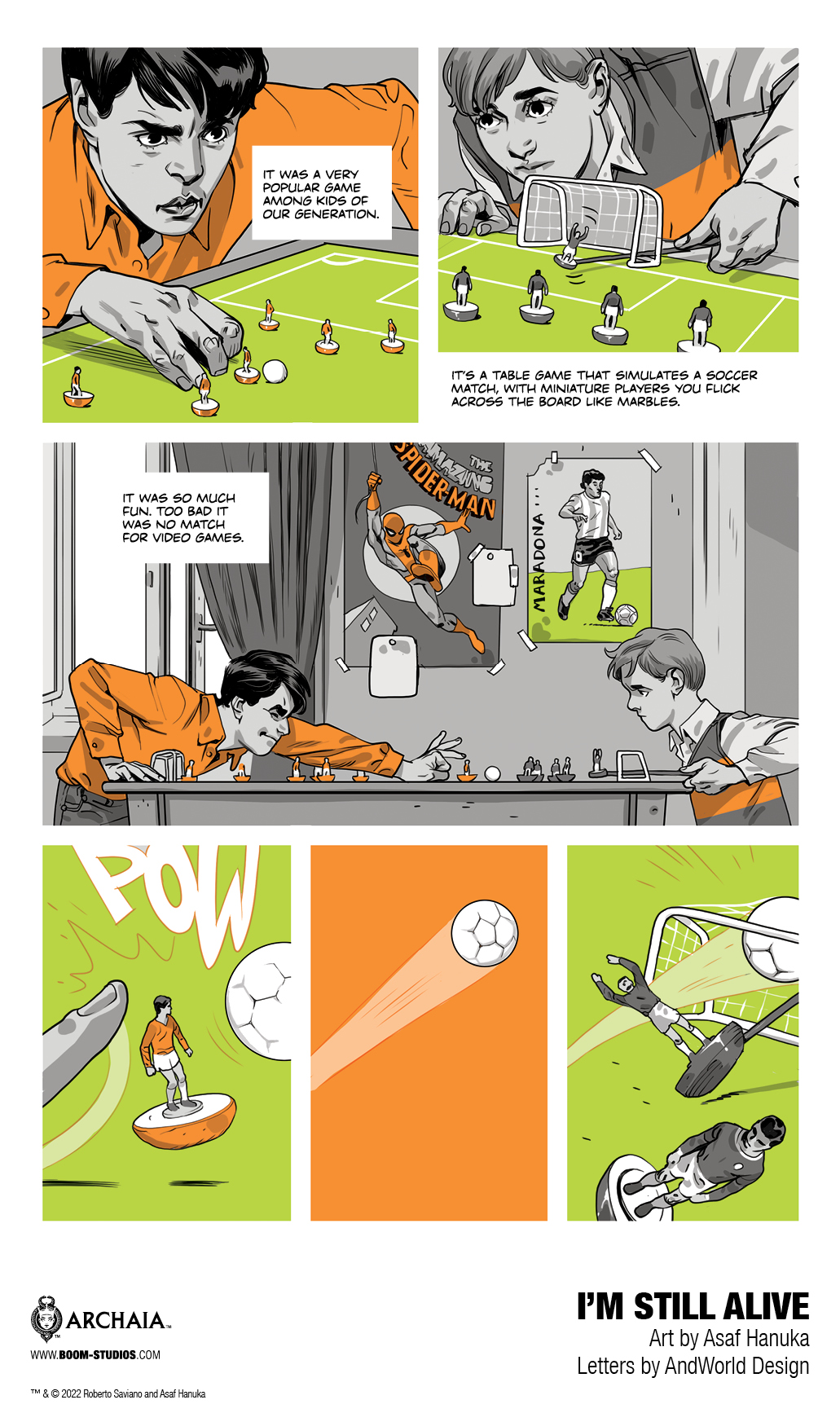 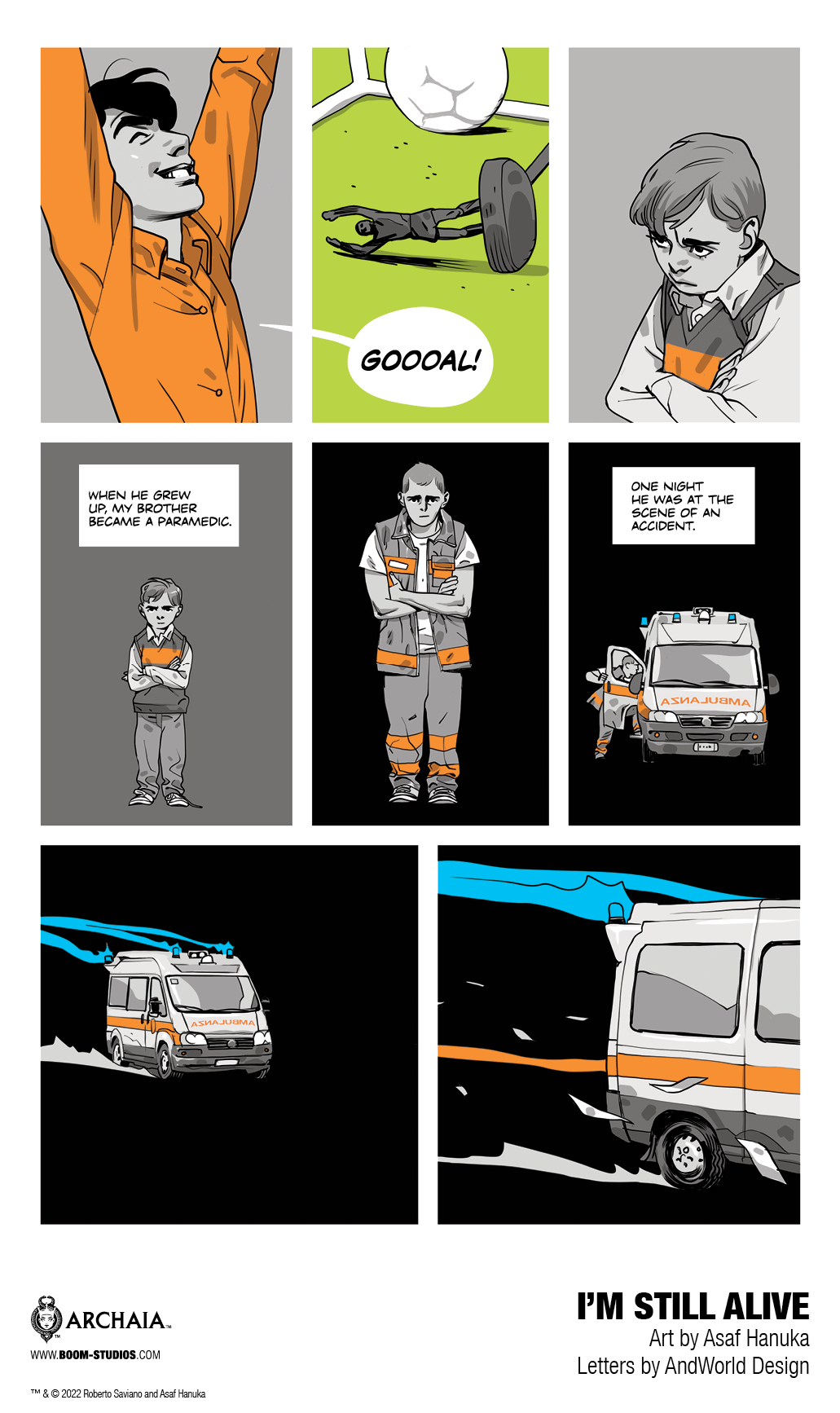 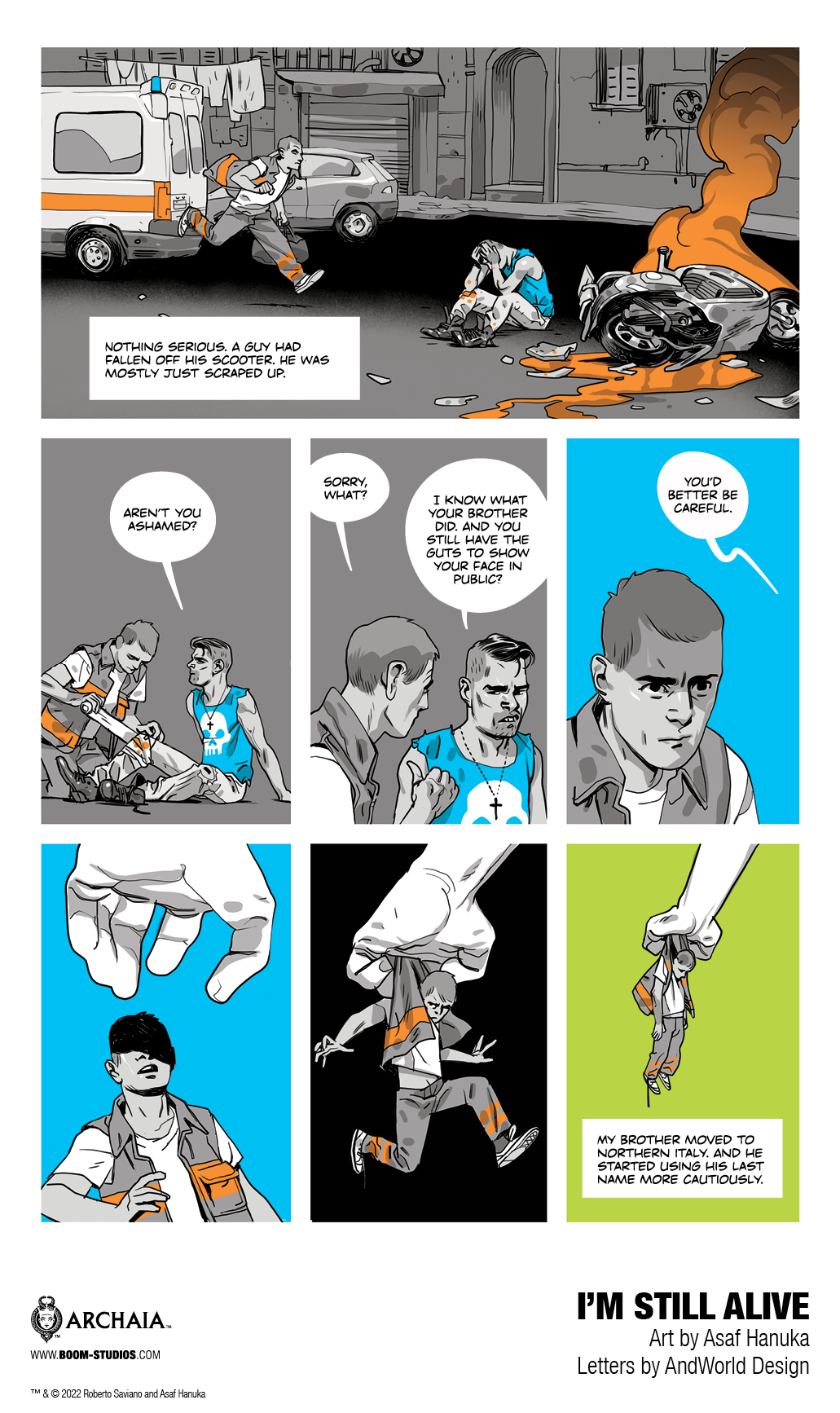 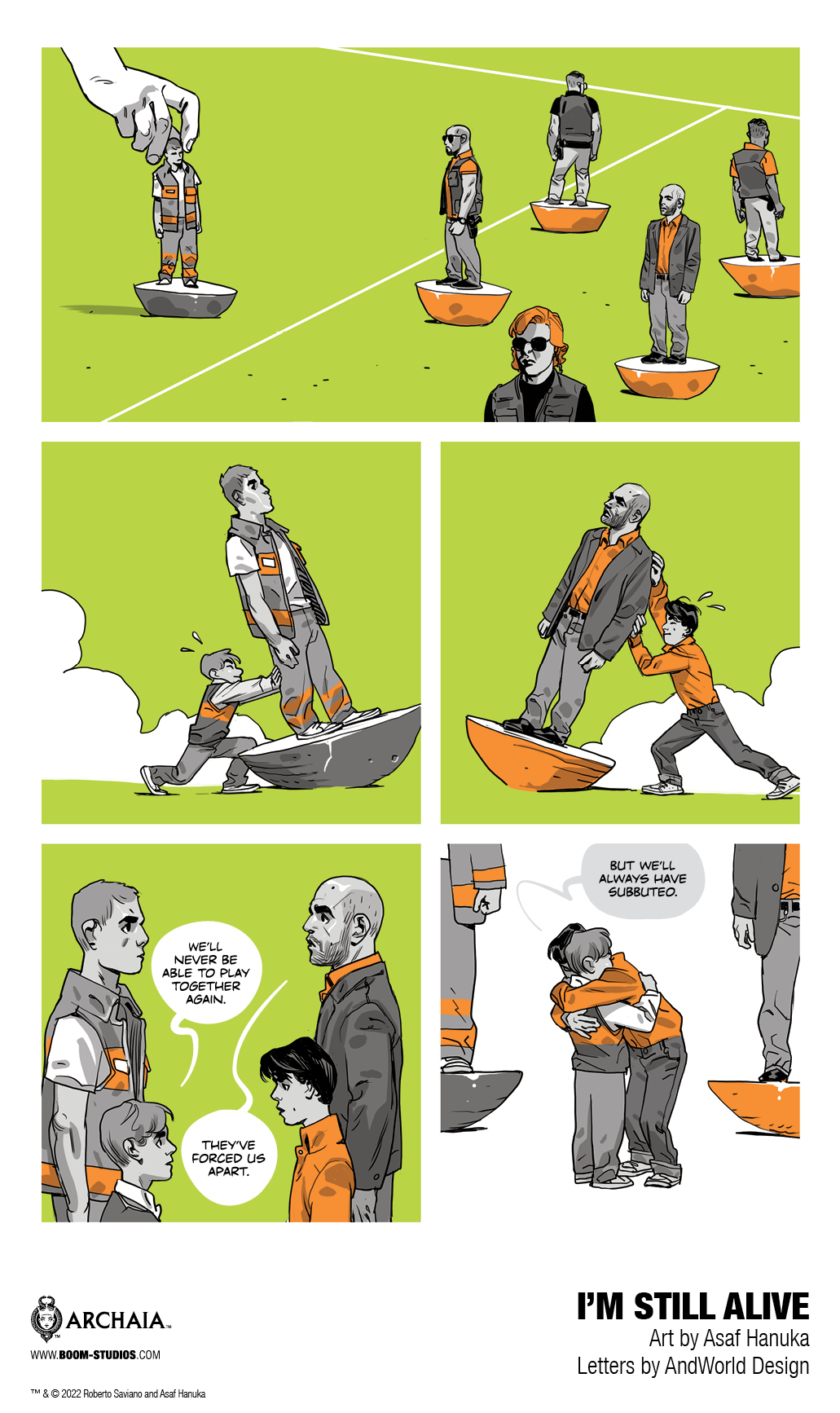 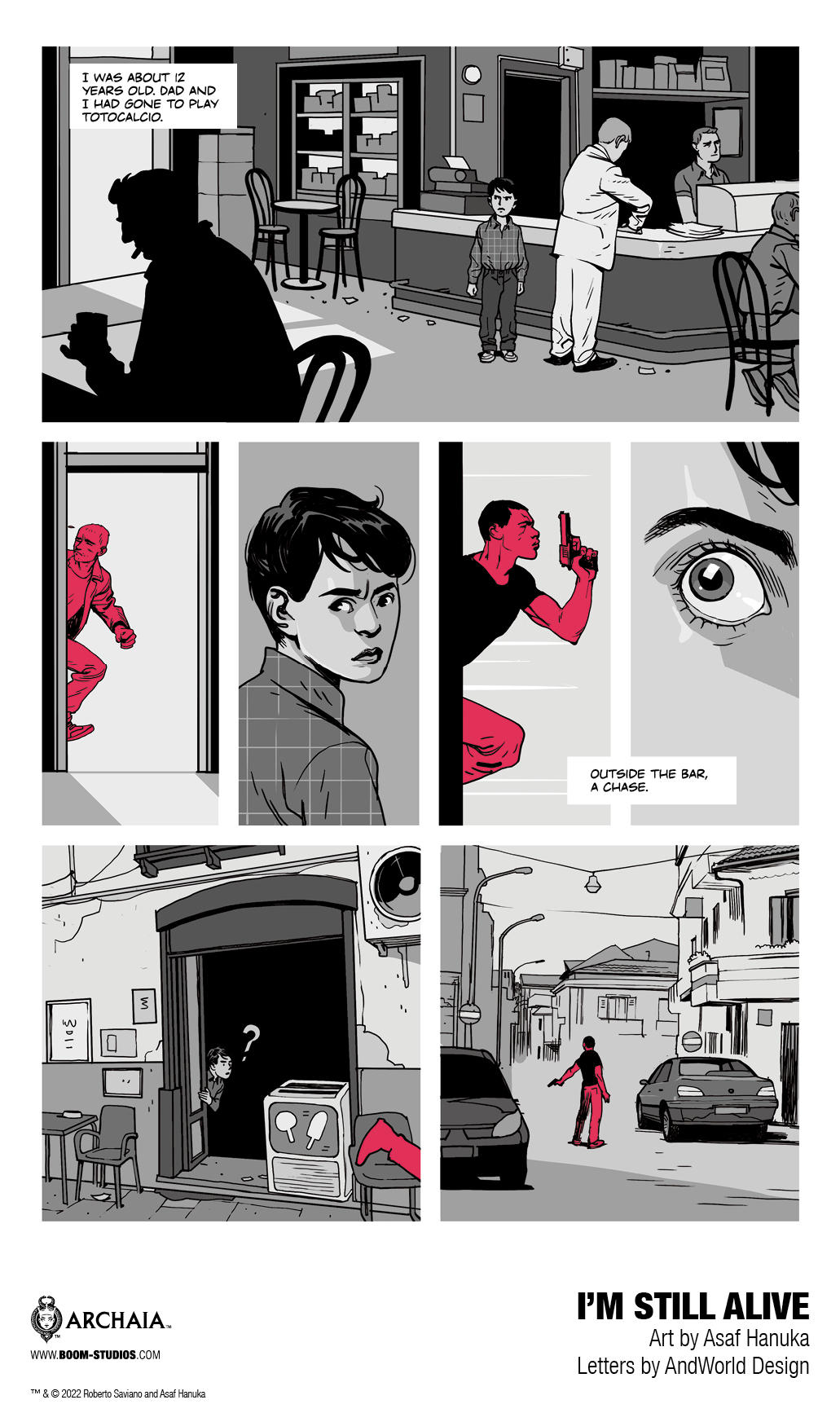 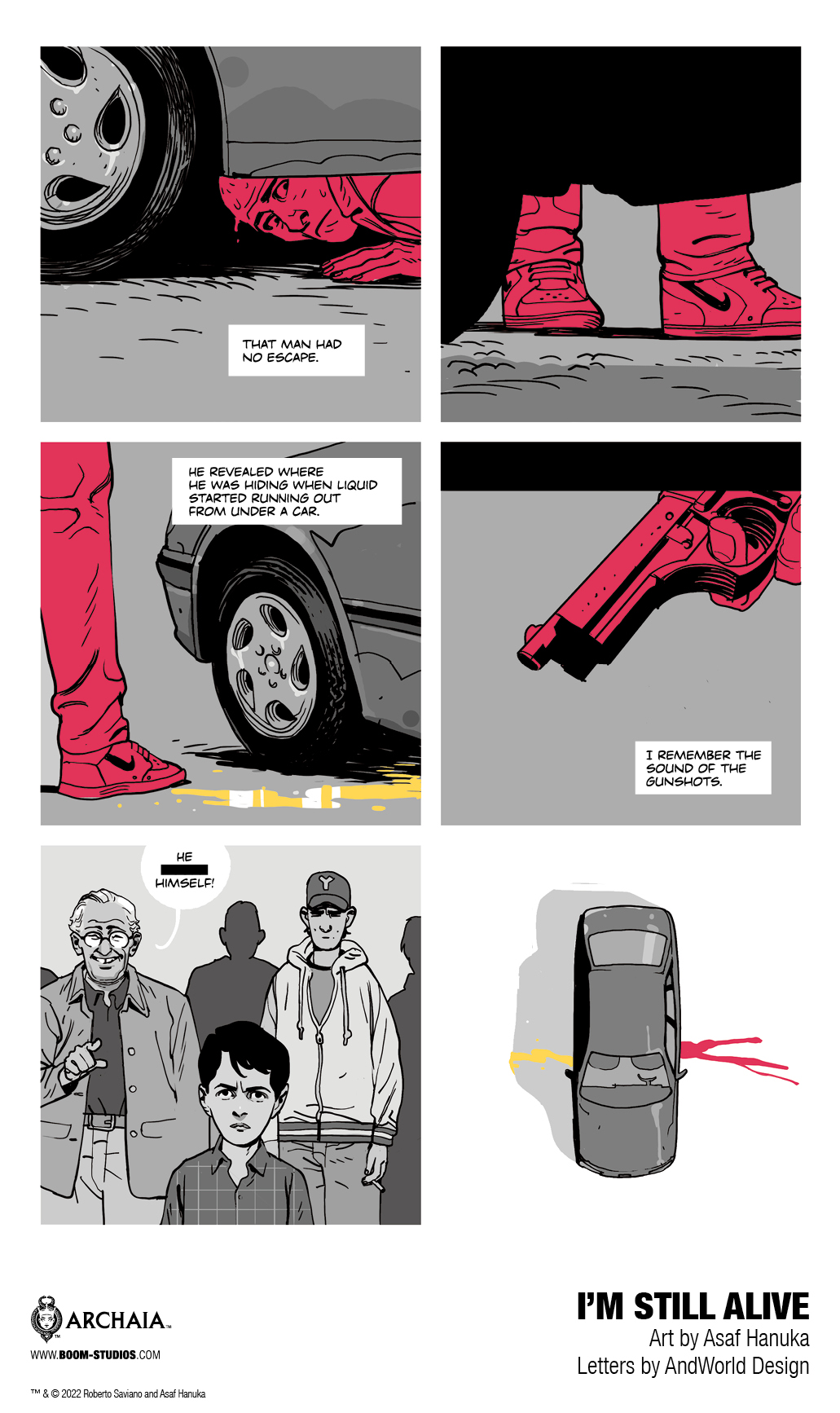