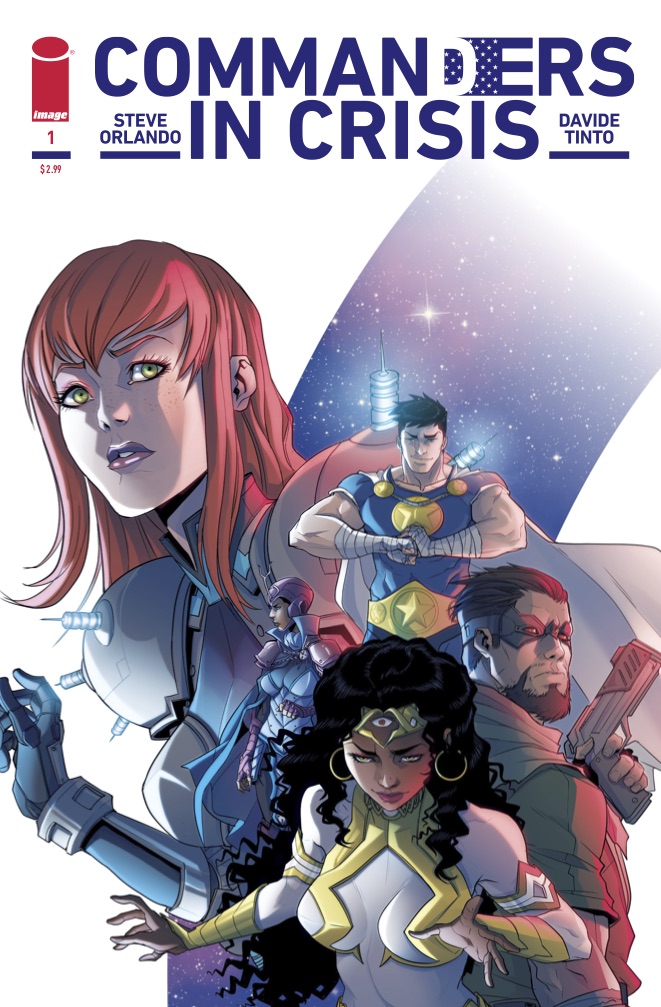 teams up with Davide Tinto (Marvel Action: Spider-Man) for a superhero story unlike any other in the forthcoming Commanders in Crisis. This new ongoing series is produced by Arancia Studio—the Italian media company which worked on Mirka Andolfo’s bestselling Image Comics titles—and will launch from Image Comics this October.

“Commanders in Crisis is all the energy and creativity I’ve served for the past five years, now completely unchained!” said Orlando. “No rules, no restraints, the type of strange and passionate ideas that brought me into the medium in the first place. Comics should be bold, comics should be big, and comics should be badass. This is my first freelance launch since 2015, and we’re taking a nuclear shot across the bow. No vanilla vengeance here! This is a fight for comics as they need to be.”

The last survivors of the Multiverse live among us under new, superheroic identities, five survivors of doomed worlds…taking a second chance to ensure our world lives on. A new twist on strange superhero comics, with a bleeding-edge eye on the modern moment, Commanders in Crisis follows in the footsteps of Doom Patrol and Thunderbolts as five unexpected heroes come together to solve a murder unlike any other. The victim? Compassion itself…This is ideacide!

Tinto added: “I am really happy about being onboard for Commanders In Crisis. Steve is a great guy and a fantastic writer and publishing with Image Comics, which put out Invincible, my favorite superhero comic, is a dream come true. I am very thankful for the opportunity.”

This intense, weird action thriller will remind readers of the importance of compassion and hope in the present moment—all while putting fists to faces along the way!

Commanders in Crisis #1 will be available at comic book shops on Wednesday, October 14.

Commanders in Crisis #1 will also be available for purchase across many digital platforms, including Amazon Kindle, Apple Books, comiXology, and Google Play.