Below Sycamore follows two best friends JD and Chucho as they battle their own demons and navigate through the dark world of drugs, addiction and crime on the streets of Los Angeles. Medina was moved to write about the parasitic nature of addiction and pulled from his own experiences and the experiences of many others that battle with addiction.

Medina has been in recovery since 2016 and is dedicated to using his art as a vehicle to reach out and be of service to others. So much so, he is donating all proceeds generated from the “Below Sycamore” graphic novel series to form the Beyond Sycamore Detox Center in Los Angeles, which will offer free services to the unhoused and will provide 12-step recovery and ways to help others connect to their higher power. 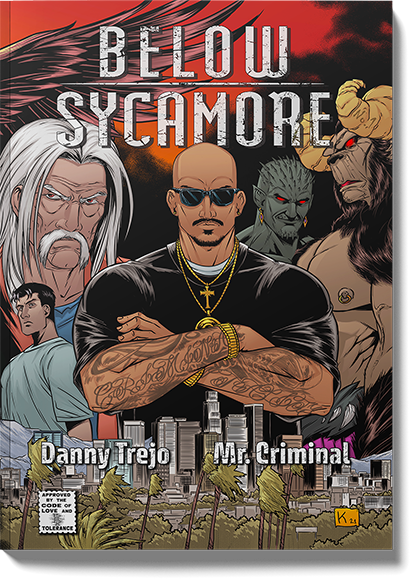