MONSTERELLA, an action/adventure/horror/sci-fi anthology inspired by the classic
“Vampirella” magazines of the 1970’s by Canadian publisher Hangman Comics.

Monsterella revolves around the continuing adventures of Montrossa Rella, AKA “Monsterella”, the warden of an intergalactic prison planet, where the galaxy’s worst of the worst monsters are imprisoned and isolated from the rest of the universe. All hell breaks loose when an unexpected revolt overthrows her and threatens the safety of the entire galaxy!

But her adventures are just one chapter of the book. In the style of the classic Vampirella magazines, Monsterella goes on to introduce other astonishing tales told and illustrated by a creepy collection of Canadian talents that will be sure to chill and thrill you cover to cover!

This all-thriller-no-filler third issue features cover art by Sun Khamunaki (“Lady Death”) as well as a second cover option by Julien Pilon (“Book Of Emma”). Here’s a look at what you’ll find in the pages of this issue:

MONSTERELLA RETURNS by Nevin Arnold
Monsterella, Zorgo and their shipwrecked human counterparts return to Doomru, but as prisoners to the mind slaves of the galactic fiend, Mogru. A final showdown will decide the fate of the galaxy!

WHEEL OF MISFORTUNE by Lawrence Denvir
Emily & Ben’s on-the-rocks relationship won’t stop them from visiting the traveling circus while it’s in town. But what will their future hold once Emily visits the sideshow cartomancer?

THE LAKE by Garth Matthams & Logan Reilly
Two young women go camping beneath the stars, the trees, and a full moon that seems eerily too close…

THE BOOK OF EMMA: “PRELUDE” by Julien Pilon
Emma discovers the origin source of her newfound powers. In a tale of light versus the shadows, we follow the tale of a disgraced knight in search of redemption.

TALES OF THE LAST WOMAN ON EARTH by Matt Smith, Justin Shauf, Jhonesbas Craneo, & Julien Pilon
Return to post-apocalyptic Victoria, BC! Writer Matt Smith (“Smith vs Smith”) teams up with artists Justin Shauf (“Frankenstein: A World of Gods & Monsters”), Jhonesbas Craneo (“Manimals”) and Julien Pilon (“Foundry”) for three short stories exploring the on-going battle between the Beasts of Victoria and Megan, the Last Woman on Earth.

LA DIABLESSA by Hans C Chow
A hitchhiker takes an unsuspecting driver down a dark path in this tale inspired by Trinidadian folklore.

A Monsterellla Kickstarter will launch October 16th, 2019 at 7pm (PST) to raise the funds necessary to get the book into print. Many amazing rewards will be available, including digital and print copies, as well as deluxe versions of the book.

Pending the success of the Kickstarter, the book is set for a December 2019 release. 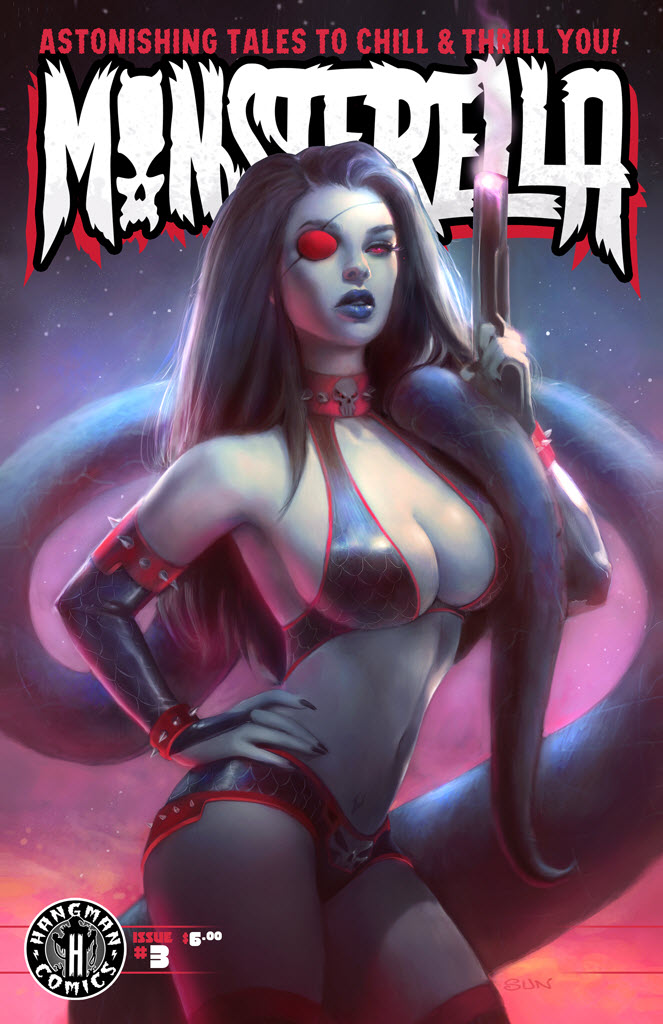 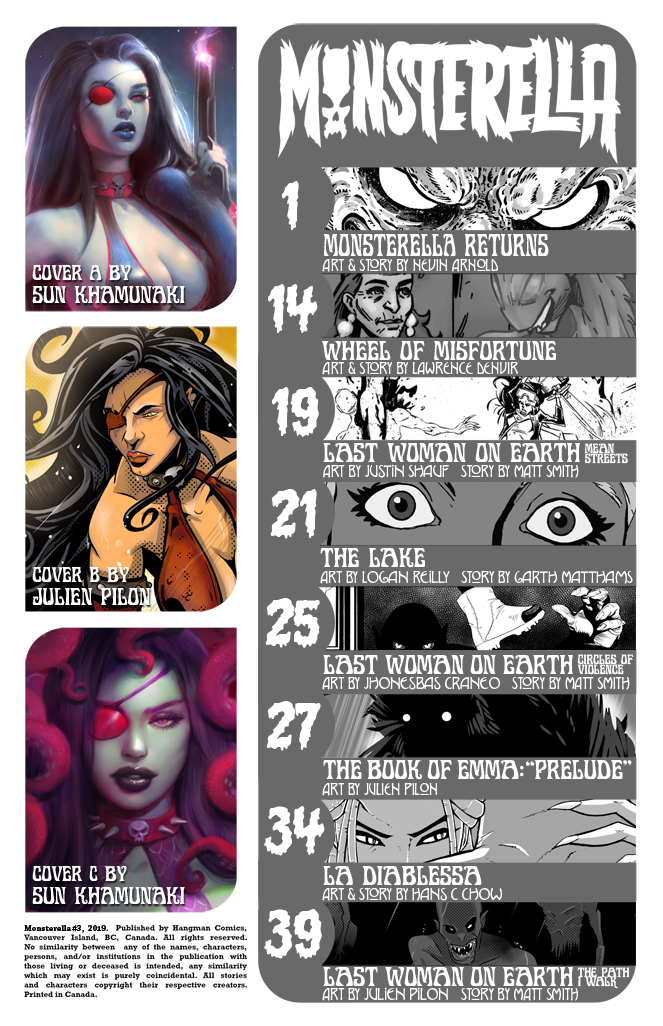 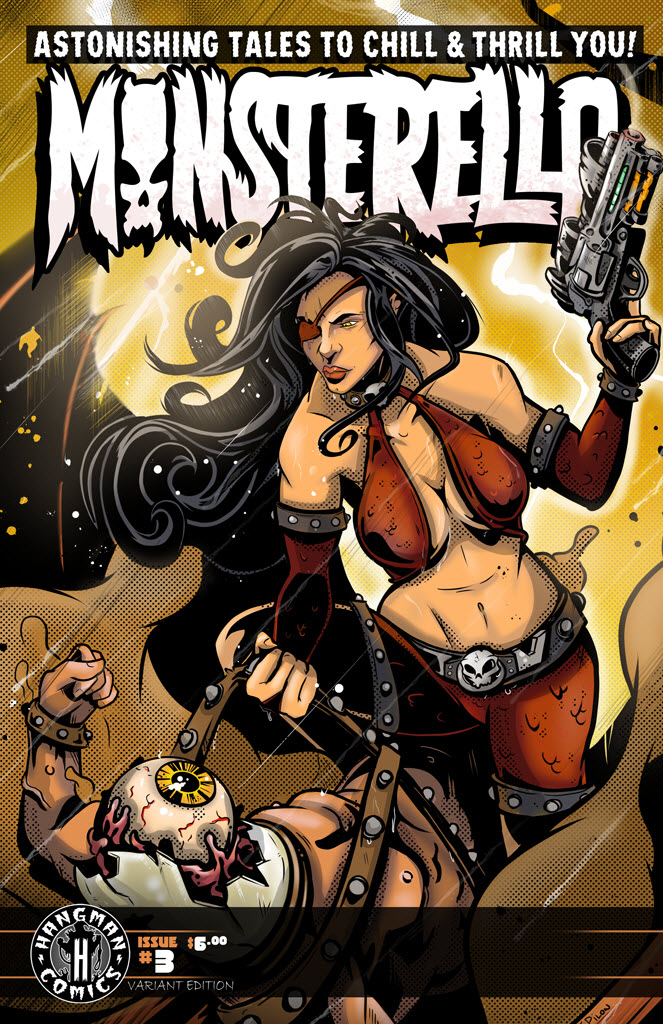