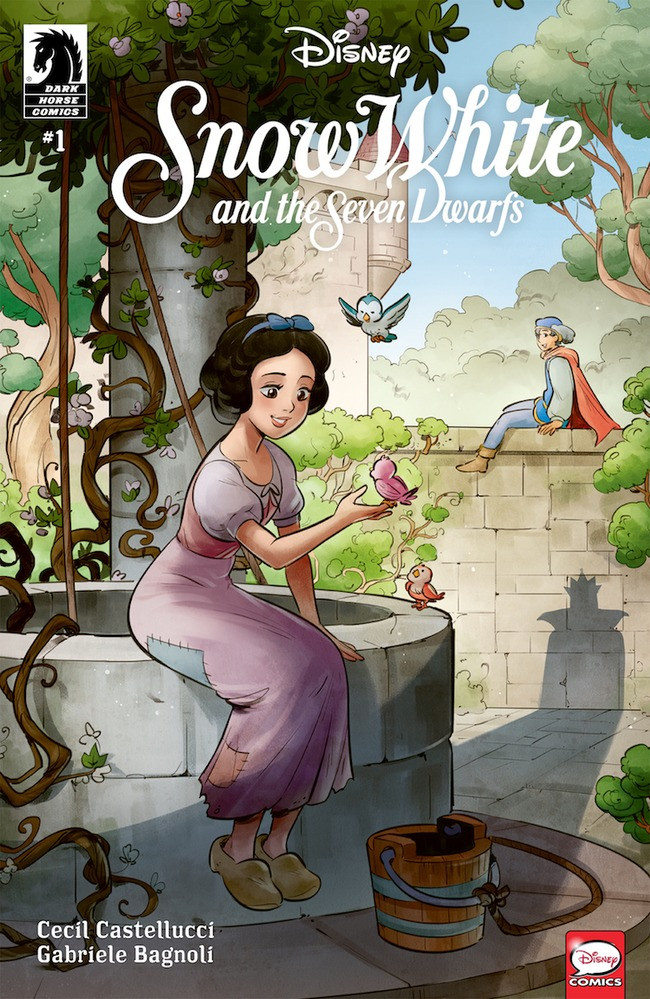 Relive the classic Disney fairy tale through the first-person perspective of Snow White in Disney Snow White and the Seven Dwarfs. Snow is more than a damsel in distress; she possesses a heart and soul that yearns for knowledge, love, and acceptance. Made to work in her own castle by her wicked stepmother, the Queen, Snow’s world changes the day she meets her prince charming and her jealous stepmother tries to have her killed. Snow flees to the forest to hide and finds sanctuary with a family she never could have expected in the boisterous seven dwarfs. Can her heart still flourish with the shadow of the queen’s hate looming over her, and only the lingering hope of seeing her prince again?

Disney Snow White and the Seven Dwarfs #1 (of three) goes on sale June 16, 2019, and is available for pre-order at your local comic shop.