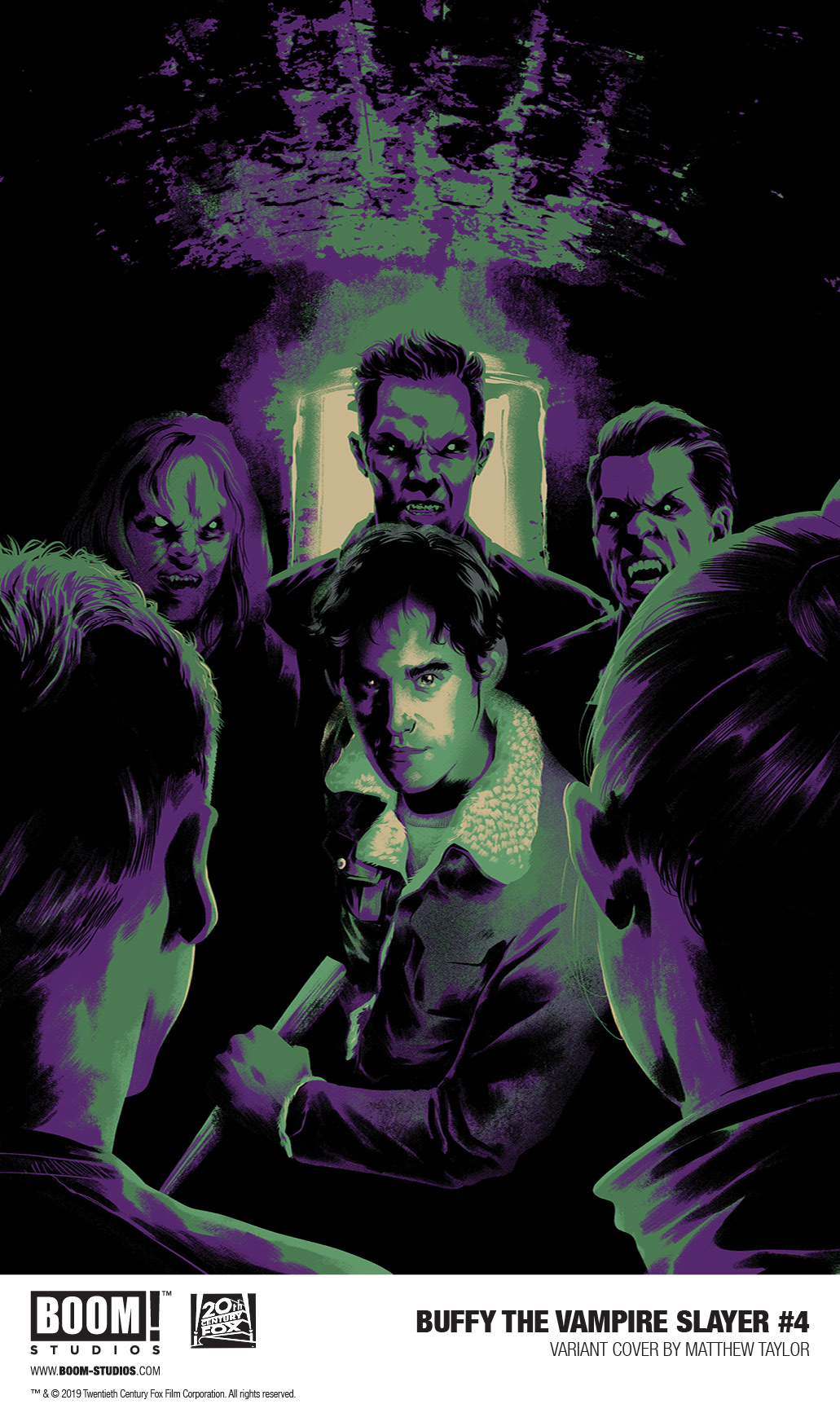 Buffy Summers thinks she’s faced the worst Sunnydale has to offer – like the Mistress Dru and her mysterious ally Spike – but this is the moment that changes everything for her. One member of her newly formed Scooby Gang won’t survive Dru’s master plan – and the shocking first appearance of one of Joss Whedon’s most popular characters may not be enough to save the day. Not to mention Buffy’s got a date with Robin Wood that’s gonna be completely ruined now!

“Every time Buffy thinks she’s got it figured out, a bomb gets dropped that changes everything, reinforcing her fears that she isn’t good enough, that the future is uncertain, and that she might not live long enough to put things right.” said Jeanine Schaefer, Executive Editor, BOOM! Studios. “Amidst this uncertainty, the explosive events that break into Buffy’s life will happen when she least expects them, leaving longtime fans and new readers stunned by the events unfolding behind Buffy’s back.”

Buffy The Vampire Slayer premiered on the WB Network on March 10th, 1997. The Emmy and Golden Globe-nominated series, which ran for seven seasons from 1997-2003, starred Sarah Michelle Gellar as “Buffy Summers.” Chosen to battle vampires, demons and other forces of darkness, Buffy was aided by her Watcher, Rupert Giles, and a circle of friends known as the “Scooby Gang.”

BUFFY THE VAMPIRE SLAYER #4 is the newest release from BOOM! Studios’ eponymous imprint, home to critically acclaimed original series, including Abbott from Saladin Ahmed and Sami Kivelä; Bone Parish from Cullen Bunn and Jonas Scharf; Grass Kings from Matt Kindt and Tyler Jenkins; and Klaus from Grant Morrison and Dan Mora. The imprint is also home to popular licensed properties including Joss Whedon’s Firefly from Greg Pak and Dan McDaid and Buffy The Vampire Slayer from Jordie Bellaire and Dan Mora.

Print copies of BUFFY THE VAMPIRE SLAYER #4 will be available for sale on April 17, 2019 exclusively at local comic book shops (use comicshoplocator.com to find the nearest one) or at the BOOM! Studios webstore. Digital copies can be purchased from content providers, including comiXology, iBooks, Google Play, and the BOOM! Studios app. 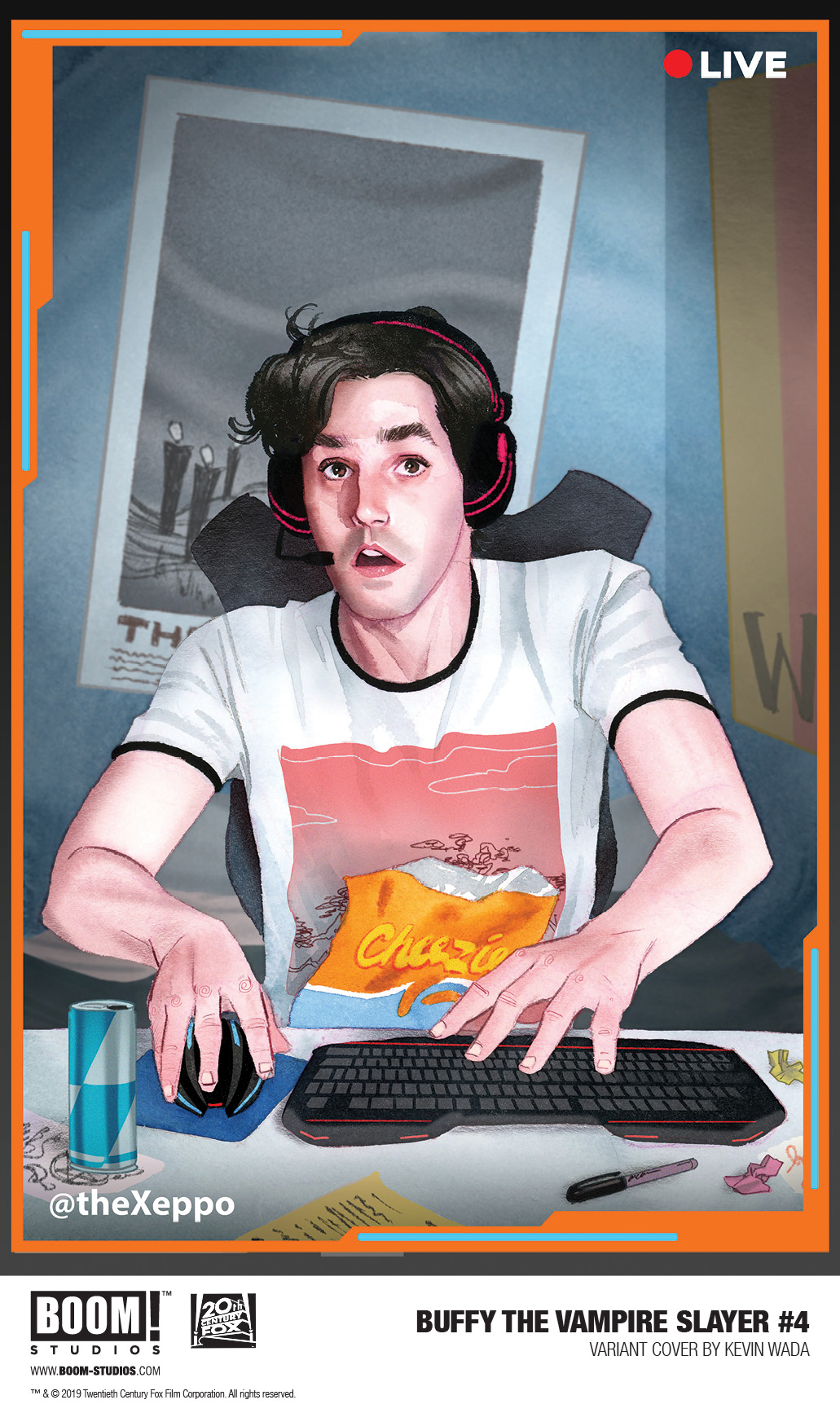 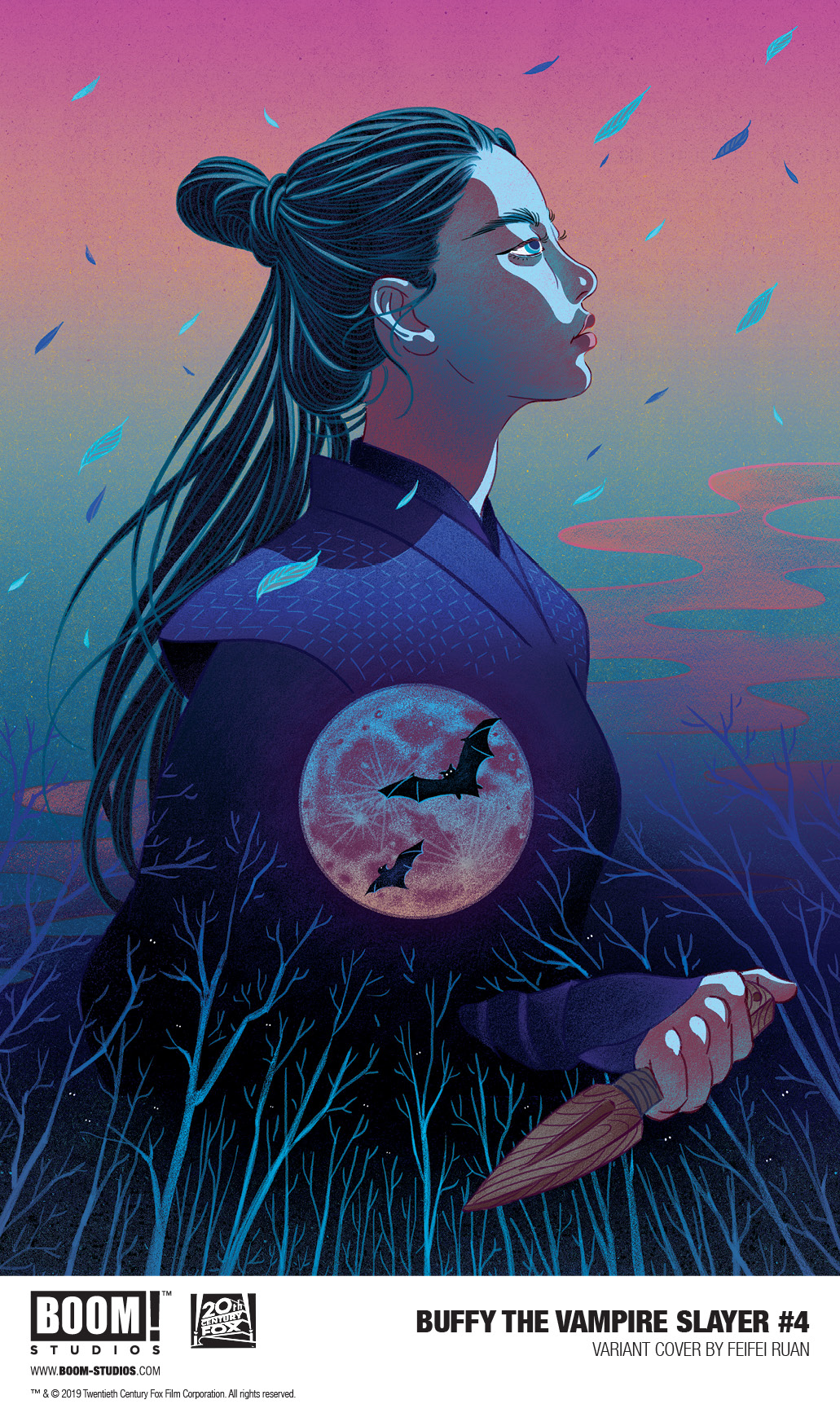 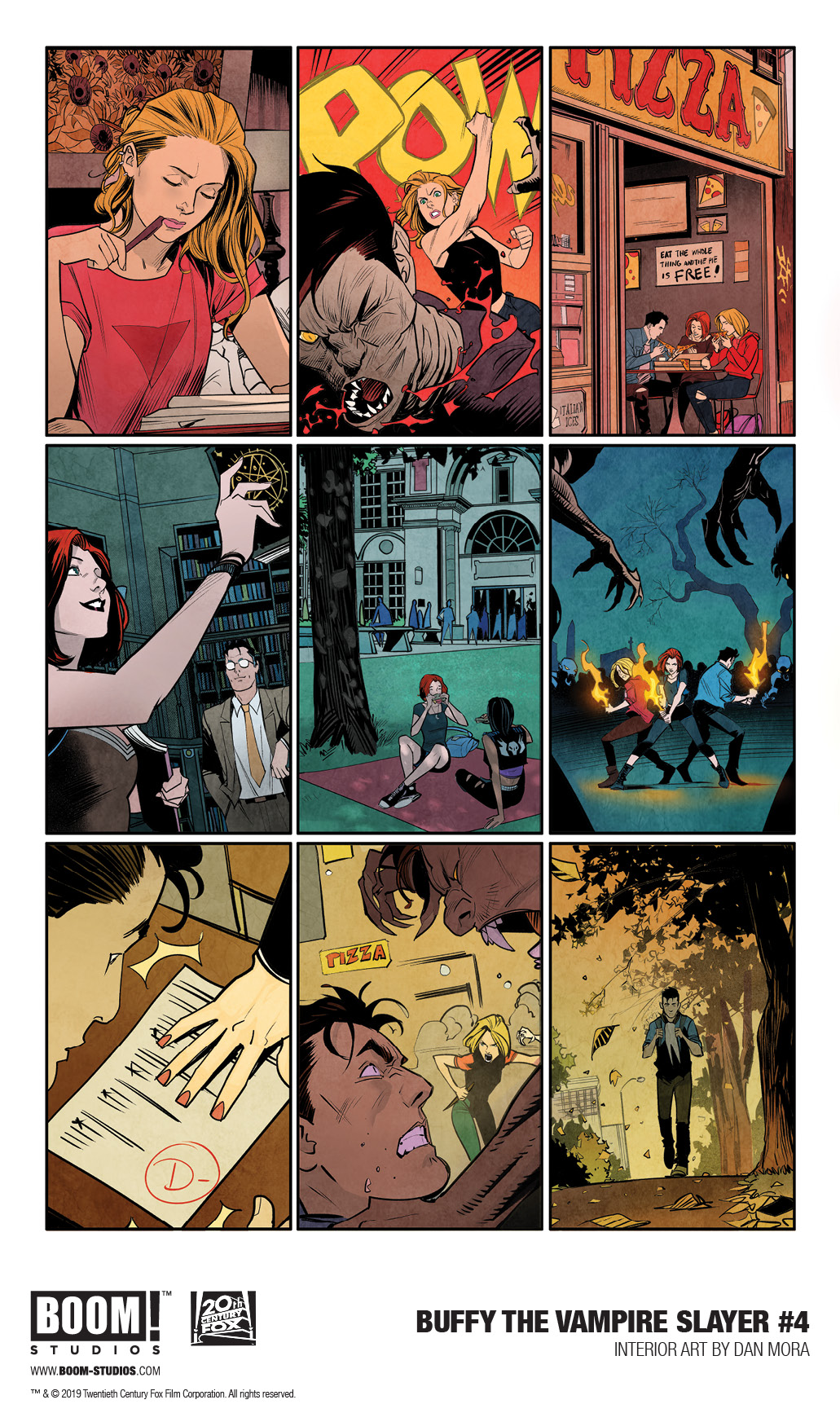 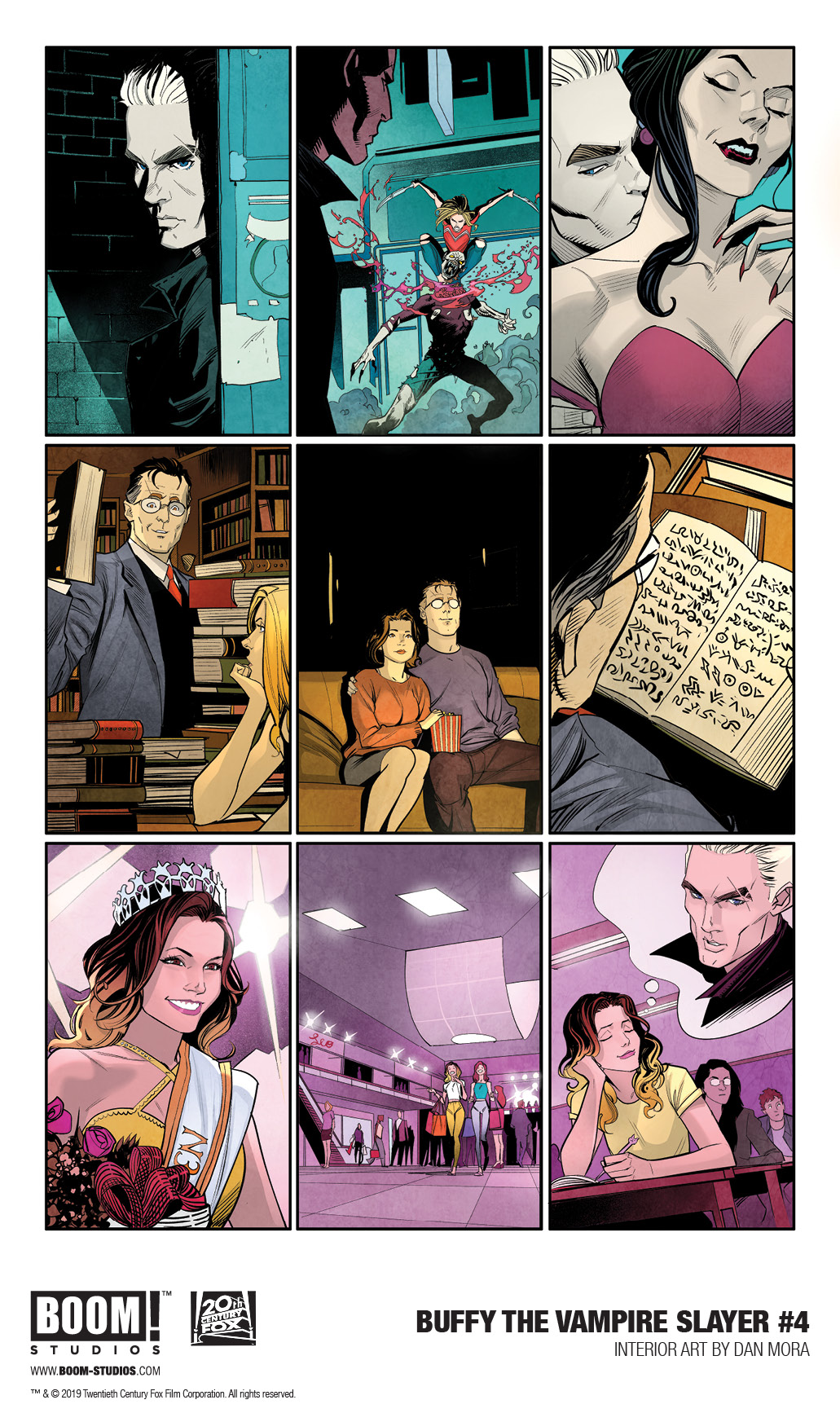 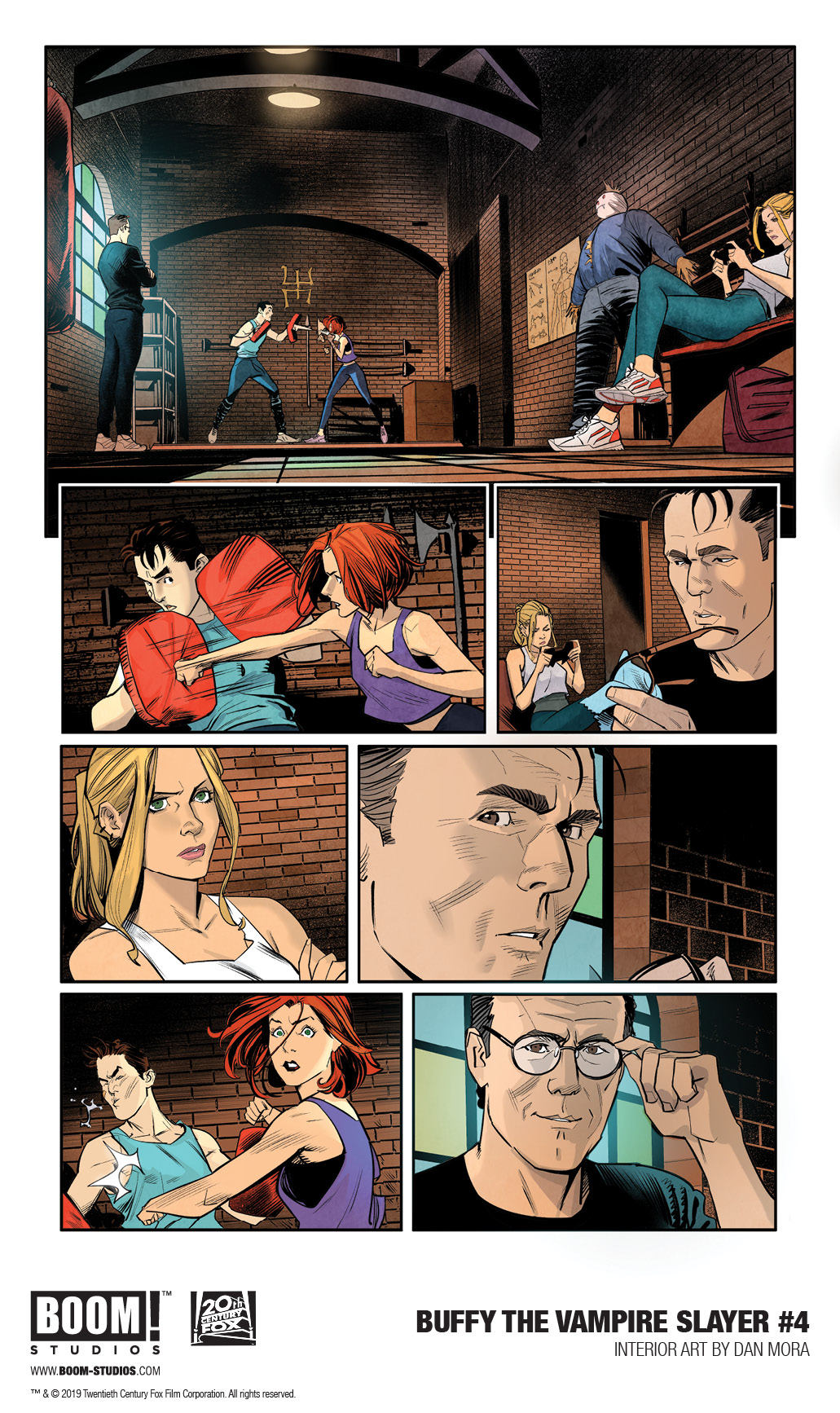 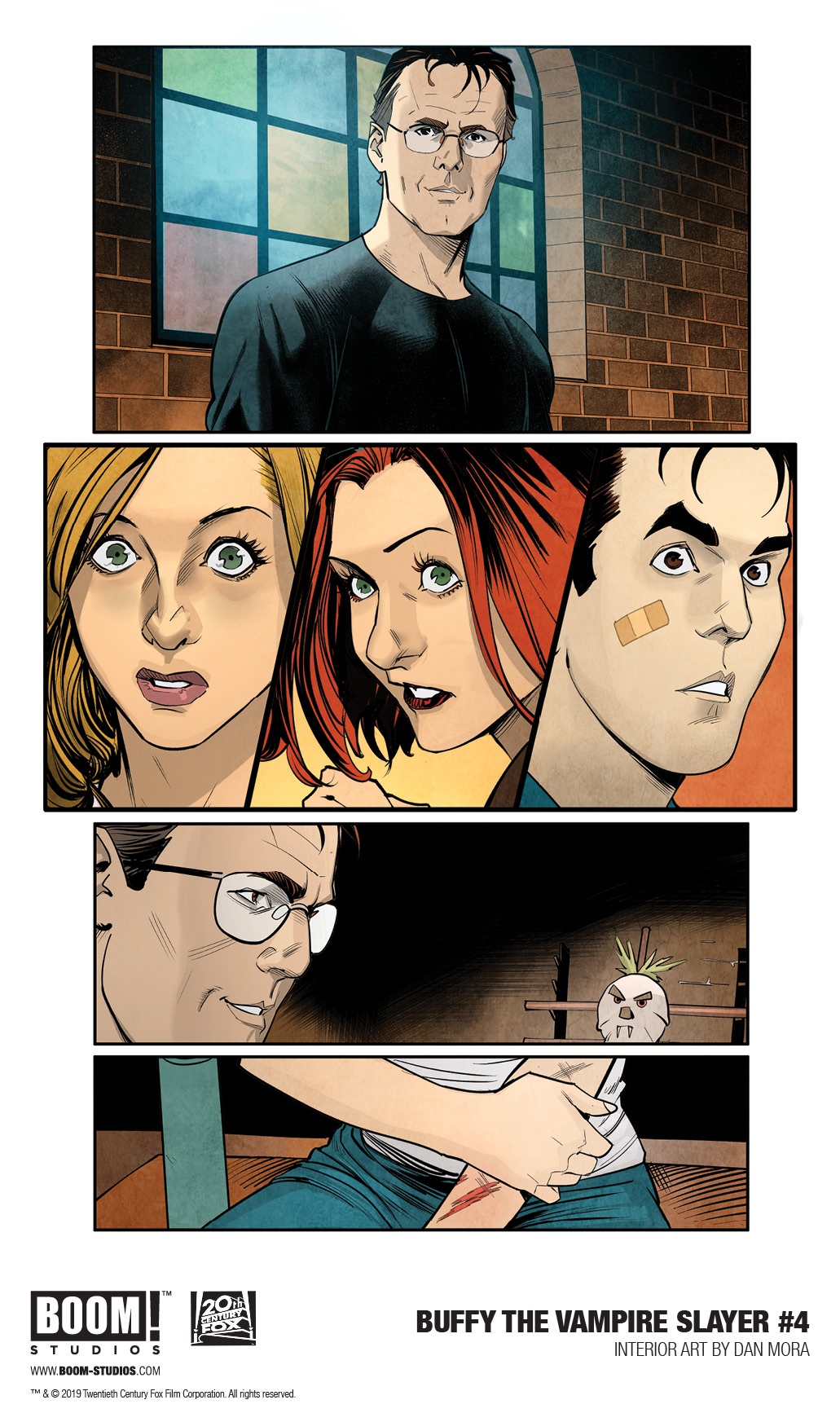 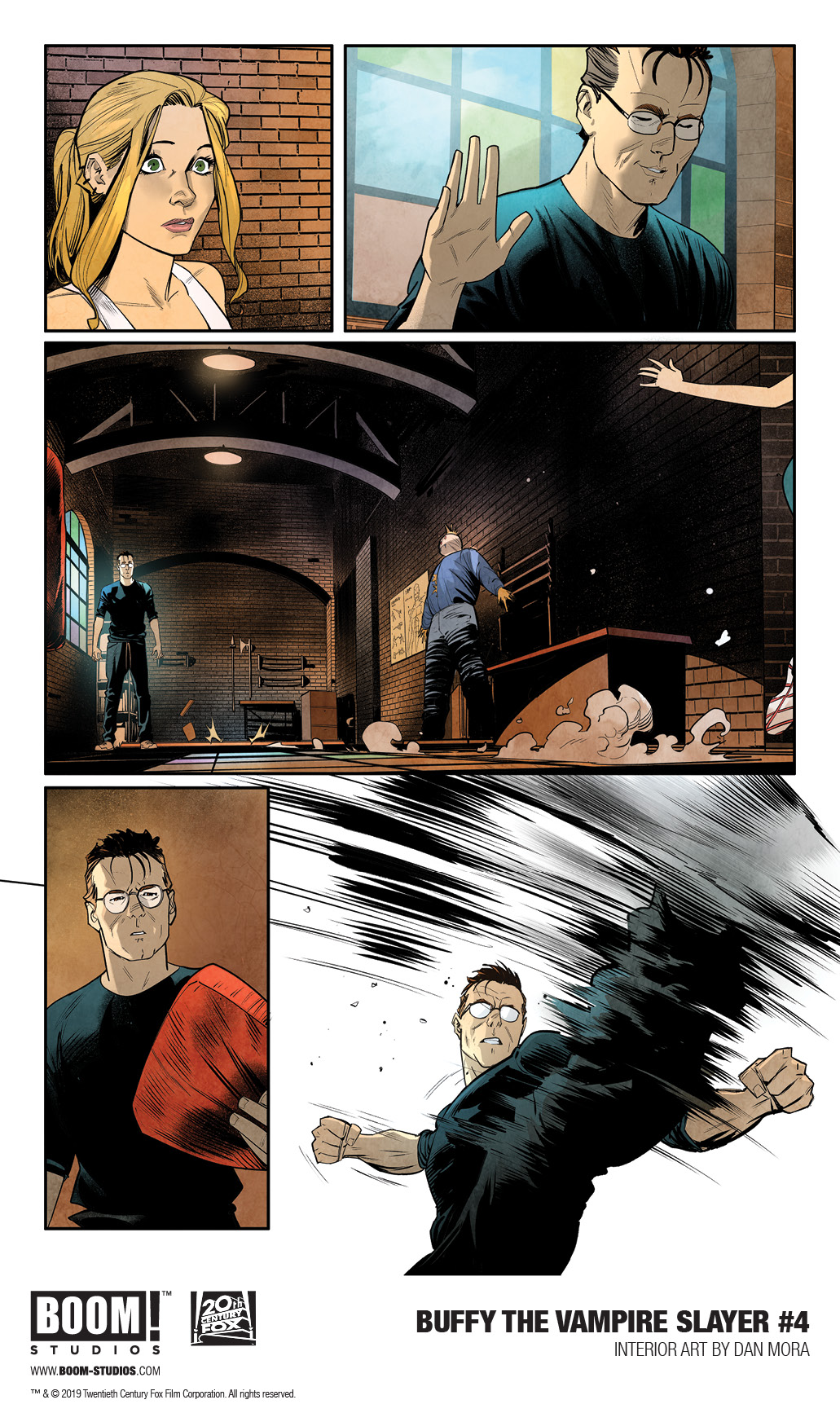