Meet the All New MEGA MAN in a FULLY CHARGED Comic Book Series From BOOM! Studios 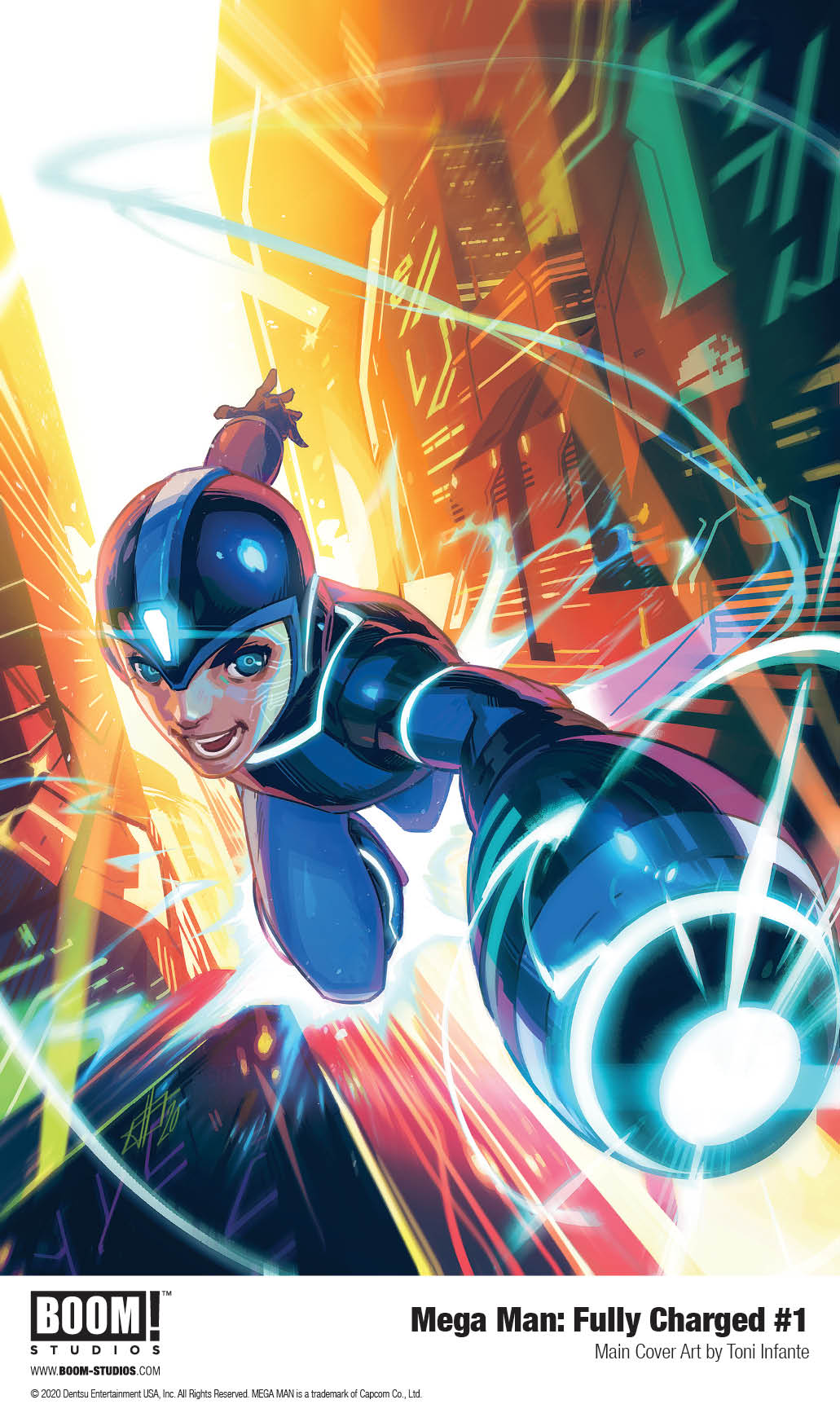 Based on the television series of the same name, MEGA MAN: FULLY CHARGED features heroes like Mega Man, Rush, and Dr. Light in fully charged adventures battling the wickedest of Robot Masters led by Dr. Wily.

After Mega Man’s father Dr. Light is kidnapped, a shocking truth rocks Mega Man’s world as it seems the Robot Masters know more about his secret history than he does. But as Dr. Wily’s machinations trigger Mega Man’s forgotten memories of the brutal human/robot war, our hero is left to question just who he is and if he can trust anything or anyone – including the man he calls father.

“We are excited to see the expansion of the Mega Man: Fully Charged television series into comics, a medium we love so dearly. AJ and Marcus have been with the show from the beginning, and along with Stefano are delivering a fantastic, slick looking and modern Mega Man tale.” said Man of Action Entertainment

A.J. Marchisello is a storyteller and meditation guide based out of Silicon Beach, CA. After graduating with an MFA in Film and Television from UCLA, Marchisello went on to be a screenwriter or story editor on multiple Cartoon Network shows. Most recently, his two passions have collided through co-writing on a to-be-announced series about mindfulness with his brother, Tanner.

Marcus Rinehart is a screenwriter and story editor with an affinity for all-ages action/adventure. His credits include Ben 10, Power Players, and Mega Man: Fully Charged, both the TV series and now the comic. Born and raised in South Carolina, he currently resides in Los Angeles.

“Having worked on the Mega Man: Fully Charged television series, we’re honored to help usher this story from screen to page. Man of Action’s unique take is a Mega-fan’s dream, and thanks to BOOM! Studios, that dream has come true,” said Marchisello and Rinehart

Stefano Simeone is a comic book artist from Rome, Italy, best known for his four award-winning graphic novels for Tunué and Bao Publishing and also his work for Sergio Bonelli Editore. Simeone has also done work for the Disney Pixar’s Cars 3 graphic novel, Shoplifters Will Be Liquidated for Aftershock Comics, and Read Only Memories, Rogue One: A Star Wars Story, and Star Wars: The Last Jedi for IDW.

“I can’t believe I’m working on something that I grew up with and enjoyed so much when I was a kid,” said Simeone. “I’m very happy to be working on a new Mega Man comic book, and I can’t wait to share my enthusiasm and excitement on the pages of this series with readers and fans everywhere!”

The animated television series Mega Man: Fully Charged is based on the Mega Man video game franchise from Capcom. Developed and produced by Man of Action Studios, Dentsu Entertainment USA, and WildBrain, the series originally aired on Cartoon Network in the United States. In the series, regular robo-kid, Aki Light, discovers secret programming and transforms into Mega Man to battle the wickedest of Robot Masters in Fully Charged adventures!

“You’ve never seen Mega Man like this before,” said Matthew Levine, Editor, BOOM! Studios. “Joe, A.J., Marcus, and Stefano have created a high-octane adventure that explodes off every page. Longtime fans and new readers alike are sure to find everything they love and expect from the character, but packaged in the rich and provoking world of the Mega Man: Fully Charged television series.”

Print copies of MEGA MAN: FULLY CHARGED #1, featuring main cover art by Toni Infante (Champions), as well as variant cover art by artist Miguel Mercado (Buffy the Vampire Slayer), are scheduled to be available in August 2020 exclusively at local comic book shops (use comicshoplocator.com to find the one nearest you) or at the BOOM! Studios webstore. Digital copies can be purchased from content providers like comiXology, iBooks, Google Play, and Madefire. Due to the ongoing impact of the current global health crisis, the final release schedule of this series is subject to change.

For continuing news on the MEGA MAN:FULLY CHARGED comic book series and more from BOOM! Studios, stay tuned to boom-studios.com and follow @boomstudios on Twitter. 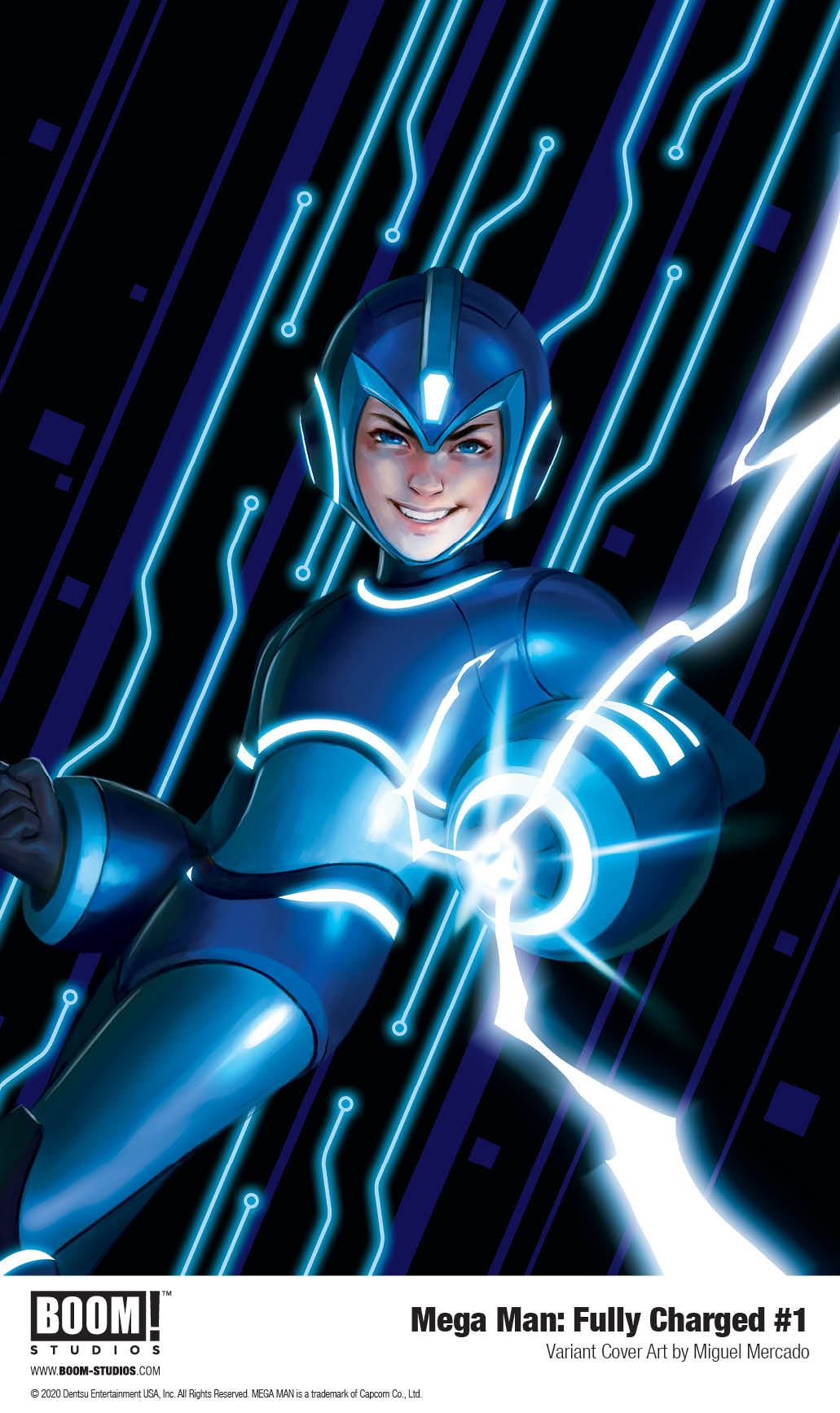 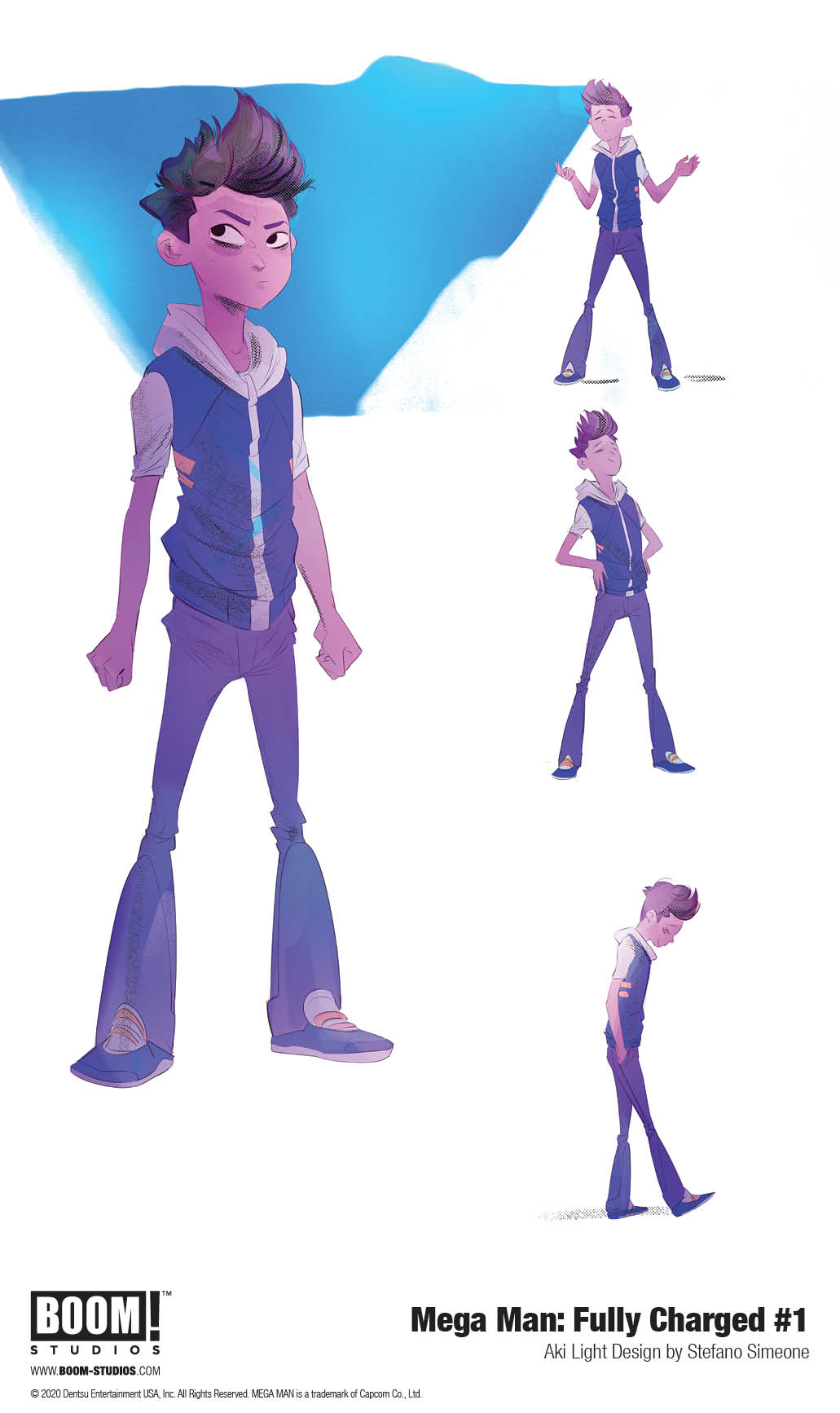 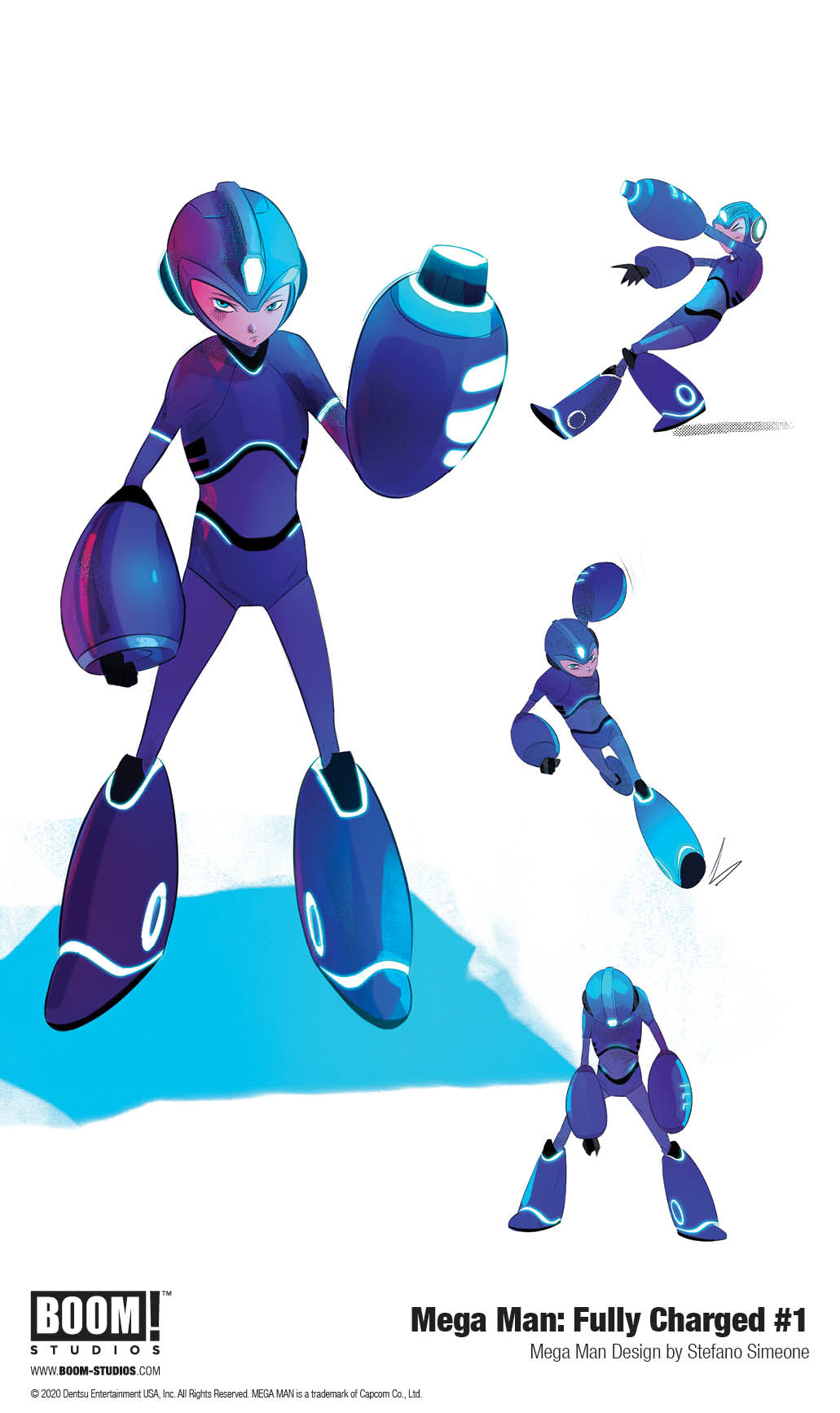