Superheroes are like real people, they go to the restaurants, drink coffee, find friends and people, they are in love, get married and even divorce.  Of course, marriages of super heroes are not simple, usually, they are very complicated because of many circumstances. But, still, love is in the air and sooner or later, they find their second half and have a wish to get married.

It is possible to recollect a lot of Weddings in the Marvels world. Some of them were really happy, other didn’t have a happy end, but all these weddings were an important part of super hero’s lives.

There is information that two popular Marvel heroes will get married soon. It will happen in June 2018. Who will be these happy newlyweds is a great secret.

A teasing image appeared in the net, where it is written that you will be invited to the wedding of the century on the June 20th, 2018. There are depicted five most well-known Marvel Weddings.  The artwork was created by Phil Noto. There are no hints who will be these happy people that will do a very important step and become a family.

Though all these marriages were really iconic in Marvels history, not all of them were really successful and had a happy end.  For example, Hank Pym was very aggressive with his wife, because he suffered from the nervous breakdown and their relations ended with divorce.  The marriage of Summers had a tragic final, Jean Grey died, but before her death, she knew about the affair between Cyclops and Emma Frost. Mr. Fantastic is a cosmic hero and it doesn’t allow him to live a happy life with his beloved wife in the Earth. Marriage is Spider-Man and Marry Jane Was didn’t have a happy end too, because of the deal that was made between Mephisto and Spider-Man.  Famous Spider-Man asked Mephisto to change the reality and it happened so, that they have never been married.

Though, there are some examples of happy marriages between Marvel heroes. For example, Sue Storm and Reed Richards were able to create a happy Family. Though they are not present at the Marvels universe now, they are still together.  Another example of happy marriage is Northstar and Kyle Jinadu. Their marriage didn’t fail and they continue living in love.

Fans of Marvel comics are counting days till the coming wedding. There is information that names of a happy couple will be revealed in the nearest future.

We will hope that the coming Wedding of the century will have the real happy end and its main heroes will live in love and respect till the last day of their lives.  The real Marvel fans were able to see a lot of romantic stories, like relations of Star Lord and Kitty pride, or Mockingbird and Spider-Man.  Maybe, there will be a wedding of such heroes in love as Rouge and Gambit.  Just have little patience and celebrate the happiest day in the life of your favorite heroes. 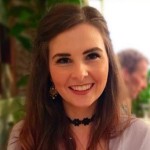 Anabel is a 26-year old editor and writer from Harlow with a deep interest in cybersecurity, technology, and a belief that a private life is a human right. Anabel has a master’s degree in Literature and works as a copyreader and news writer in Longman.