PORTLAND, Ore. 10/03/2019 — Hivemind today announced that it is joining forces with James Wan (the 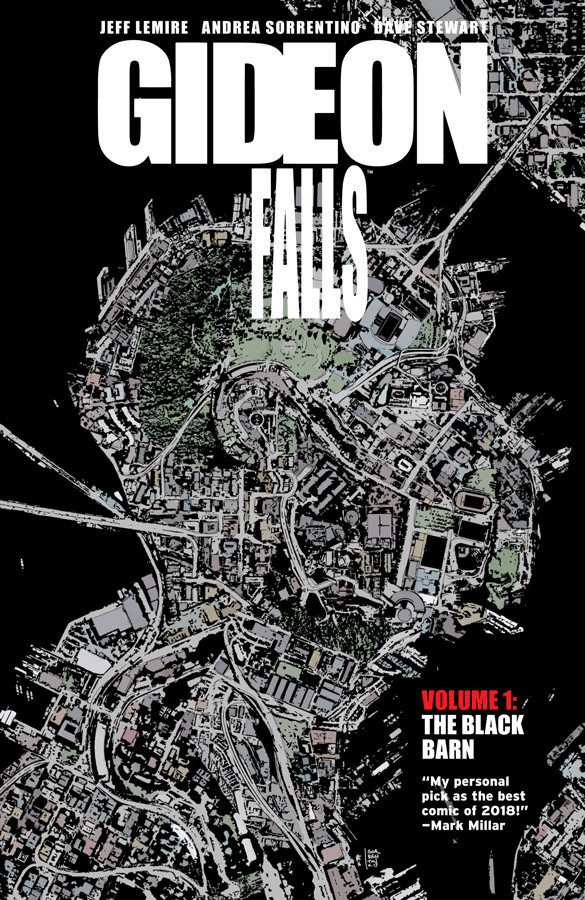 “We are very excited about James Wan and Atomic Monster joining the GIDEON FALLS team,” said series co-creators Jeff Lemire and Andrea Sorrentino. “James’ creative vision will be a wonderful fit for the world of GIDEON FALLS and to help adapt the series to television in a truly unique and exciting way.”

An atmospheric thriller colliding rural mystery and urban horror, the series follows an ensemble cast of seemingly random strangers — a washed-up Catholic priest, an uncompromising female sheriff, and a young recluse obsessed with unraveling a conspiracy buried in his city’s trash — as they become drawn into a mystery connected to a long-forgotten local legend.

“To have a filmmaker of James Wan’s caliber, talent, and vision contributing to the atmospheric and terrifying world that Jeff Lemire and Andrea Sorrentino have created with GIDEON FALLS is nothing short of incredible,” said Hivemind co-founders Kathy Lingg, Dinesh Shamdasani, and Jason Brown. “This is a high-powered and formidable combination for one of the most acclaimed comic series of the decade, and James and his colleagues at Atomic Monster – Michael Clear and Rob Hackett – are the perfect partners to help bring our adaptation to life. Fans of GIDEON FALLS, rest assured: We have some incredible surprises yet in store.”

Acquired by Hivemind following an intense, multi-party bidding war, GIDEON FALLS marks a major new addition to the company’s quickly expanding roster of film and television projects, which currently includes Netflix’s hotly anticipated adaptation of THE WITCHER fantasy franchise starring Henry Cavill and Amazon’s acclaimed science-fiction series THE EXPANSE, which was recently renewed for a fifth season in advance of the fourth’s debut. The company is also currently producing the upcoming feature film BLOODSHOT, starring Vin Diesel and based on the best-selling Valiant comic book series, for Sony Pictures.

In recent months, Hivemind has also announced multiple forthcoming projects in the genre space, including WEIRD FANTASY, a new television series based on the subversive and internationally renowned science-fiction stories of EC Comics; a biographical feature film chronicling the life of comic book publisher, MAD MAGAZINE co-founder and counterculture icon William M. Gaines; and the first live-action adaptation of FINAL FANTASY, based the multibillion-dollar video game franchise, in partnership with Square Enix and Sony Pictures Television.

GIDEON FALLS will notably mark the first collaboration between Hivemind and Atomic Monster.