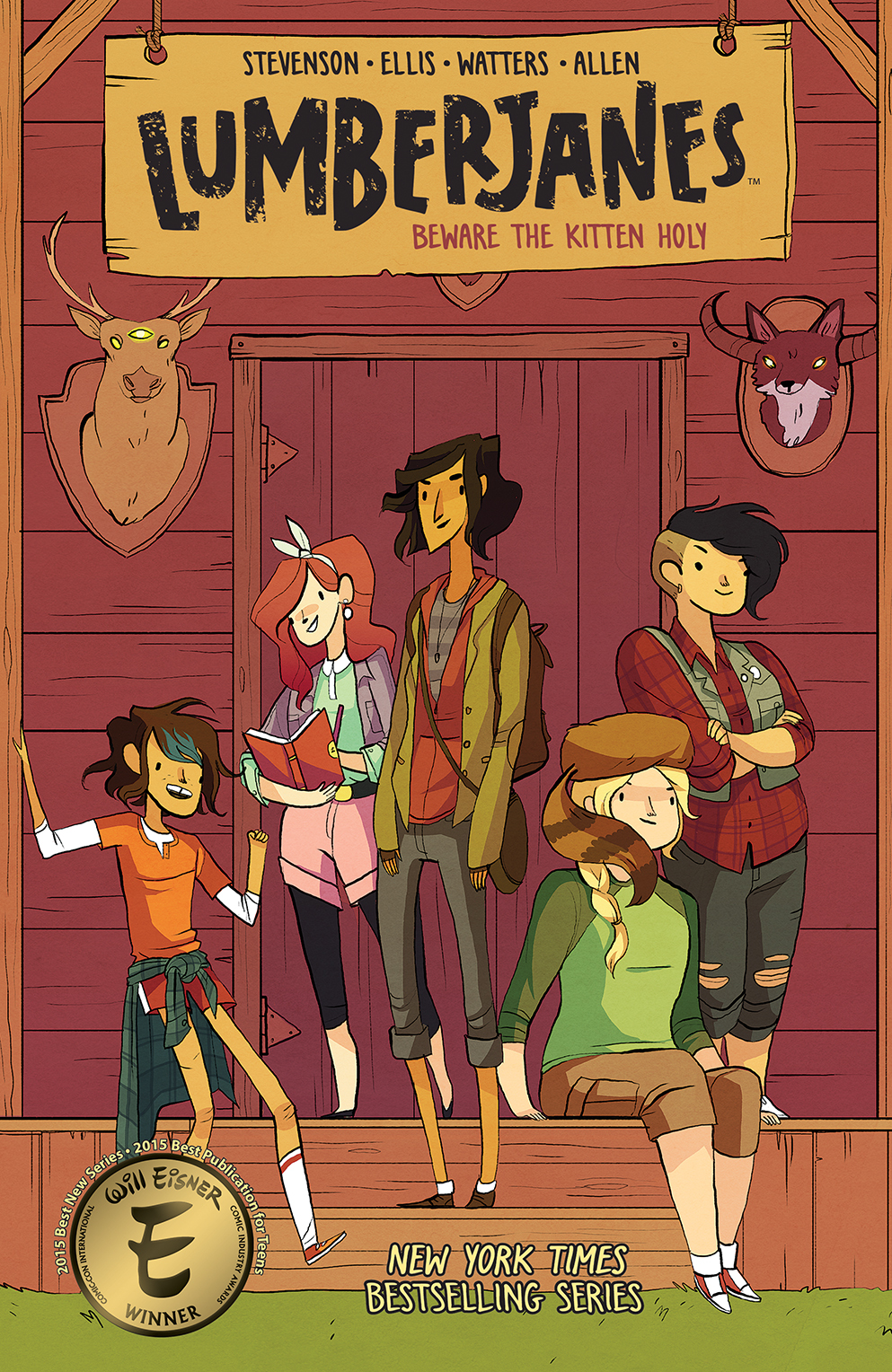 LOS ANGELES, CA (October 7, 2020) – In a highly competitive bidding war, HBO Max has secured the rights to BOOM! Studios’ Eisner Award-winning graphic novels LUMBERJANES as an animated series, with SHE-RA AND THE PRINCESSES OF POWER creator and showrunner Noelle Stevenson set to adapt and executive produce. The streamer has given the show a script-to-series order and is set to launch the project with an hour-long special, to be written and directed by Stevenson.

The graphic novels follow five friends– April, Jo, Mal, Molly, and Ripley—during their first summer at Miss Quinzella Thiskwin Penniquiqul Thilstle Crumpet’s Camp for Hardcore Lady Types. These new cabinmates soon discover that there’s more to this camp than earning badges, and that their camp director is harboring a secret that is the key to answering a mystery as old as the camp itself. Throughout their summer these hardcore lady types will have to overcome obstacles involving supernatural creatures and cabin rivalries, proving that some campfire stories are real and also learning the true meaning of friendship.

Ross Richie and Stephen Christy will Executive Produce the series for BOOM! Studios. BOOM!’s Mette Norkjaer will Co-Executive Produce along with LUMBERJANES co-creators Shannon Watters, Grace Ellis, and Brooklyn Allen. The project was brought into HBO Max by Billy Wee and Aaron Davidson, both of whom will oversee the project for the streamer.

Noelle Stevenson is coming off of creating and showrunning 52 episodes of SHE-RA AND THE PRINCESSES OF POWER for Netflix and Dreamworks Animation, where her work received Emmy Award and GLAAD Award nominations. As a New York Times bestselling author, she co-created LUMBERJANES and wrote and illustrated the Eisner Award-winning graphic novel NIMONA, which is being adapted as an animated feature by Disney’s Blue Sky Animation division and will be released in 2022. In March 2020 HarperTeen released her most recent graphic novel, The Fire Never Goes Out: A Memoir in Pictures.

BOOM! Studios, which controls the largest library of comic book and graphic novel IP outside of Marvel and DC Comics, is coming off of selling the adaptation of their graphic novel SNOW BLIND to Apple in a six-way bidding war, with Jake Gyllenhall attached to star and produce. In May, Disney+ announced an 8-episode straight-to-series adaptation of R.L. Stine’s graphic novel series JUST BEYOND to be written by Seth Grahame-Smith. In April, the company signed a first-look television deal with Netflix for both live action and animated TV adaptations of titles from their IP library.

Noelle Stevenson is repped by APA, Charlie Olsen of Inkwell Management, and Matt Sugarman of Weintraub Tobin. BOOM! Studios is repped by UTA and Matt Saver.

Print copies of LUMBERJANES comics and graphic novels are available at local comic book shops (use comicshoplocator.com to find the nearest one) or at the BOOM! Studios webstore. Digital copies can be purchased from content providers, including comiXology, iBooks, Google Play, and Madefire.