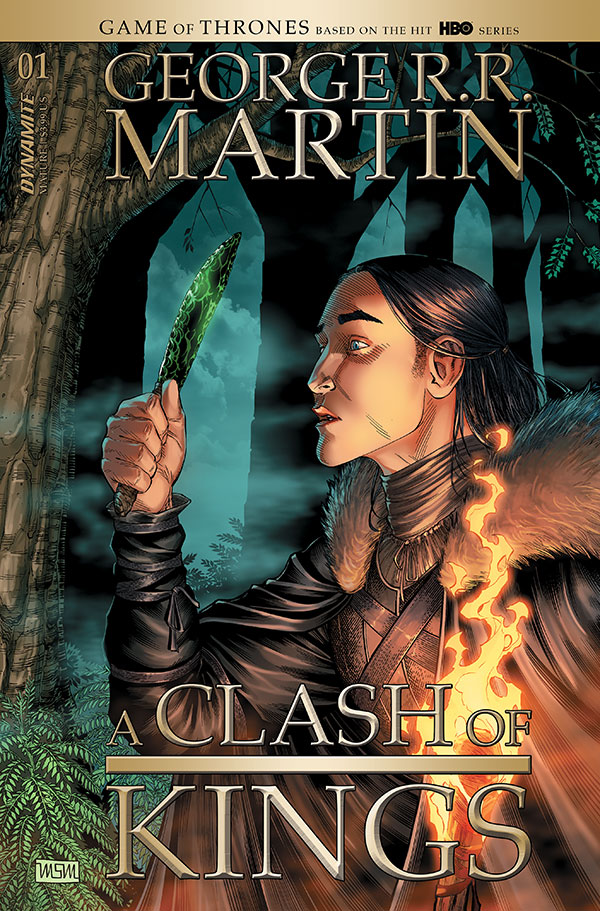 Based on the award-winning and critically acclaimed second novel in Martin’s magnum opus, Landy Q. Walker (Red Lanterns, The Incredibles) returns to adapt these iconic scenes to the comics medium. He’s joined by his own small council of collaborators, including righthand man Mel Rubi (Red Sonja, Doctor Strange) on art. Coloring and letters are handled by Ivan Nunes (A Game of Thrones, Grimm Fairy Tales) and Tom Napolitano (Justice League, Supergirl).

This series opens up about halfway through the 1998 novel, with a certain Baratheon just felled, spurring Catelyn Stark and Brienne of Tarth on the run. While Tyrion Lannister has settled in with his new paramour Shae. Arya Stark is still held in Harrenhal and other key players move around the board. Everything only gets more exciting from here, as Walker explains below.

“As we head into the second half of this adaptation, I believe we will see some of the strongest work on the title to date. We are on the precipice of some of the most pivotal scenes set in George R.R. Martin’s A Song of Ice and Fire – Danerys’ exploration of the House of the Undying, the Battle of the Blackwater, and much more,” said writer Landry Q. Walker. “Breaking this novel down word by word, chapter by chapter, you really get a sense of how meticulously layered the work is, and how the tension between these warring families slowly spirals out of control. Bringing those story beats to their climax, and having the privilege to help guide the visual interpretation of one of the most popular fantasy series, it’s an experience beyond description. I can’t wait to share that experience with readers.”

Artist Mel Rubi shared, “An amazing story continues in this Clash of Kings volume. I’m thrilled to be back along with my fellow creators as a perfect team. We are at a point where the entire team brings the collective weight of two years experience on this series, and I think that shows in my art and those of my collaborators. This will surely be one astonishing series!”

For the time being, this will be the only major media offering for fans to dive into the A Game of Thrones world, with the smash hit HBO series concluded, Martin working on the next novel and future projects still in development.

Mike S. Miller (Injustice: Gods Among Us) returns as primary cover artist. For those looking for a similar aesthetic to the interior art, Mel Rubi will be contributing covers as well. While Dynamite has also brought on board Stephen Segovia (The Terrifics, Vampirella) and the timeless Butch Guice (Invaders, Aquaman) for covers. Fans of the series can collect them all! 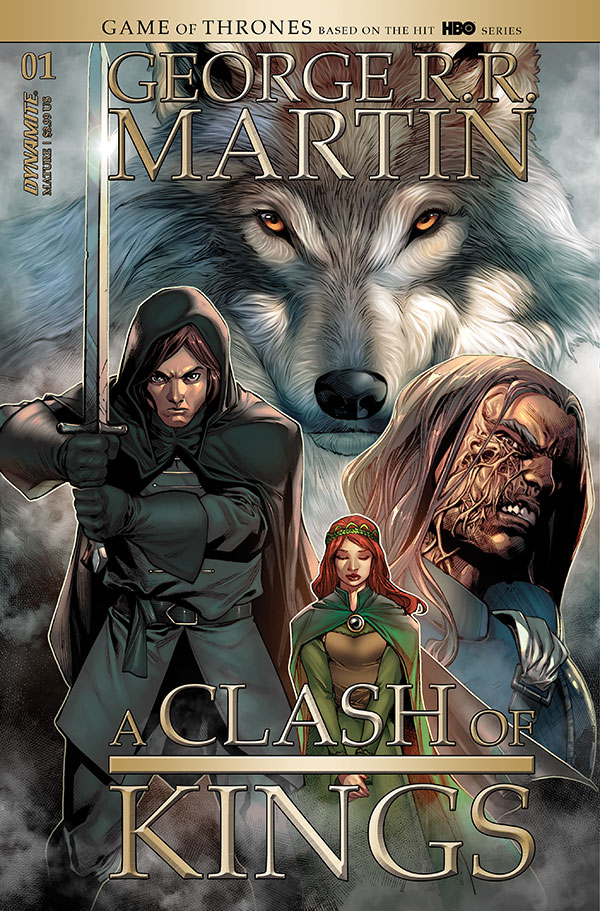 GEORGE R.R. MARTIN’S A CLASH OF KINGS #1 will be solicited in Diamond Comic Distributors’ November 2019 Previews catalog, the premier source of merchandise for the comic book specialty market, and slated for release in January 2020. Comic book fans are encouraged to preorder copies of the issue with their local comic book retailers. It will also be available for individual customer purchase through digital platforms courtesy of Comixology, Kindle, iBooks, Google Play, Dynamite Digital, ComicsPlus, and more!