(BALTIMORE, MD) — (May 24, 2019) — Free Comic Book Day (FCBD) was once again a media favorite in 2019, with comic shop retailers, publishers, and Diamond all doing their part to drive media coverage on a local and national level, which resulted in an estimated $4 million in free publicity and an estimated 1.35 million people attending the event.

This year, over 5.2 million comics were distributed at over 2,200 participating comic book shops worldwide on Saturday, May 4th. The FCBD festivities were covered by over 700 TV broadcast stations and several thousand news outlets including CNN, NPR, Newsweek, Los Angeles Times, and Entertainment Weekly. It also received exposure on the Reuter’s Board in Times Square.  The total coverage created an uptick in press mentions, generating $4 million in free publicity for the event, comic shops, and the comics industry overall.

Word of this year’s event also spread through social media channels such as Twitter, Facebook, Instagram, YouTube, Snapchat, and others. Several thousand tweets referenced Free Comic Book Day on Twitter, resulting in the event trending nationally at the #2 spot on Twitter. FCBD also received support and promotion on social media from celebrities such as Krypton actor, Cameron Cuffe, and soccer star, Cristiano Ronaldo.

The Free Comic Book Day website recorded over 118,000 unique visitors on the day of the event, exceeding the previous years’ unique visitor count by over 20%.

“This year’s Free Comic Book Day received top-notch press coverage from a variety of media platforms, allowing the event to grow and reach a larger audience than ever before,” said Free Comic Book Day spokesperson, Ashton Greenwood. “We appreciate the support from the press, but this event wouldn’t be what it is without the support of the local retailers and fans who help spread the word about Free Comic Book Day and come out to celebrate and make the day a huge success!“

The total publicity generated helped send an estimated 1.4 million people to comic book shops all across the world, leaving retailers extremely pleased with the outcome of their events. According to a survey of participating Free Comic Book Day retailers by Diamond, 92% of retailers felt “extremely positive” or “positive” with the outcome of their events, and 58% said FCBD was their highest sales receipt of the year.

“Free Comic Book Day is more than an event; it’s the collaboration of an entire industry putting forth its best effort to welcome new and returning readers to the world of comic books,” said Greenwood. “The industry will use this year’s success as a springboard for what’s to come for next year’s FCBD on May 2, 2020.” 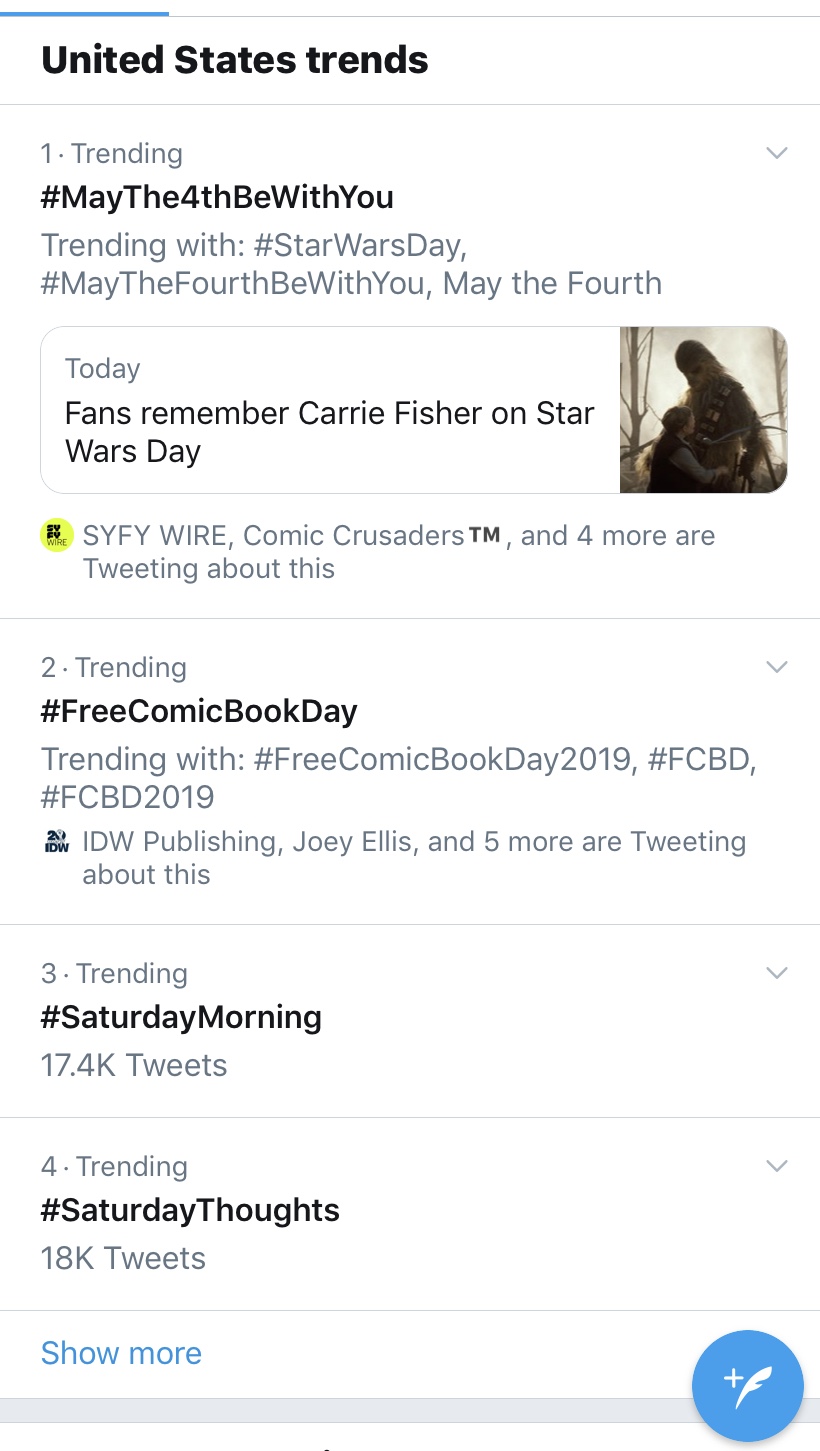 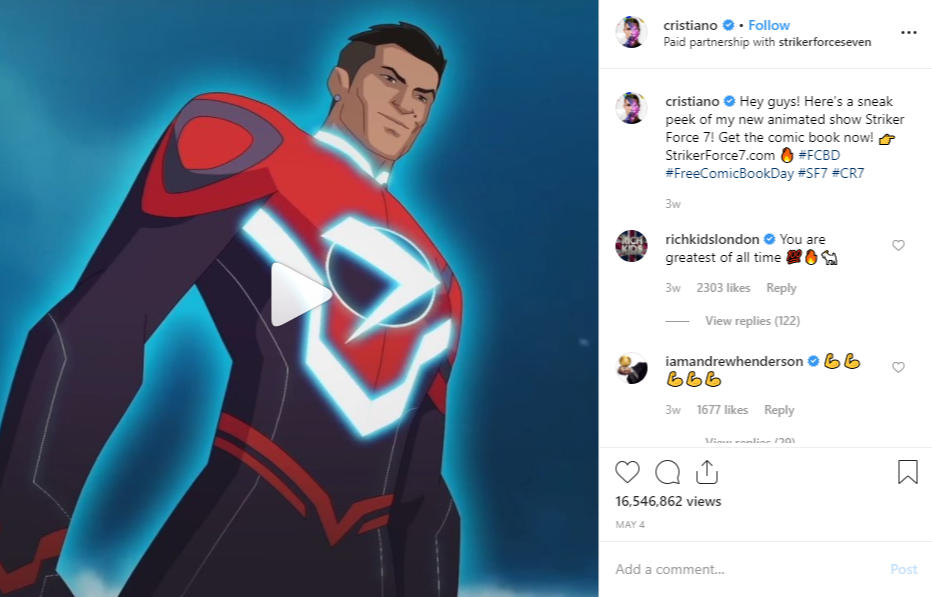 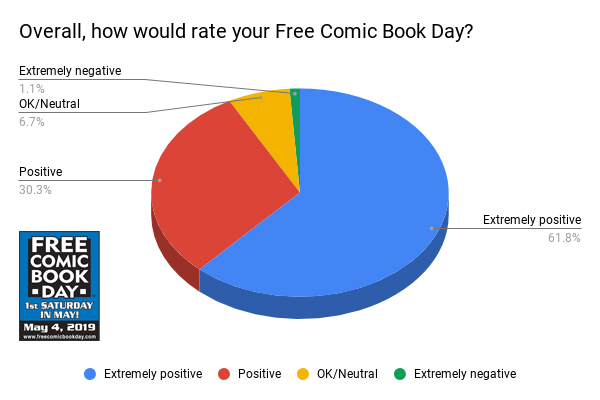 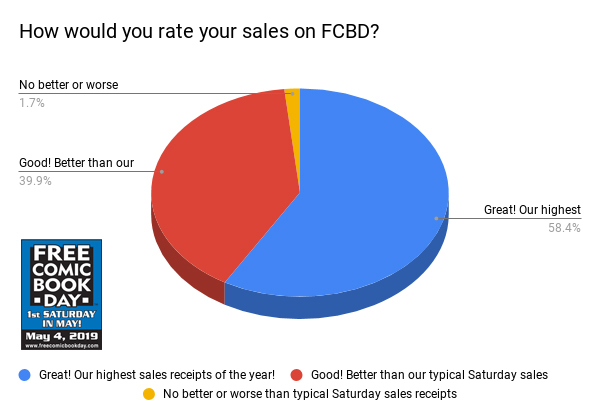