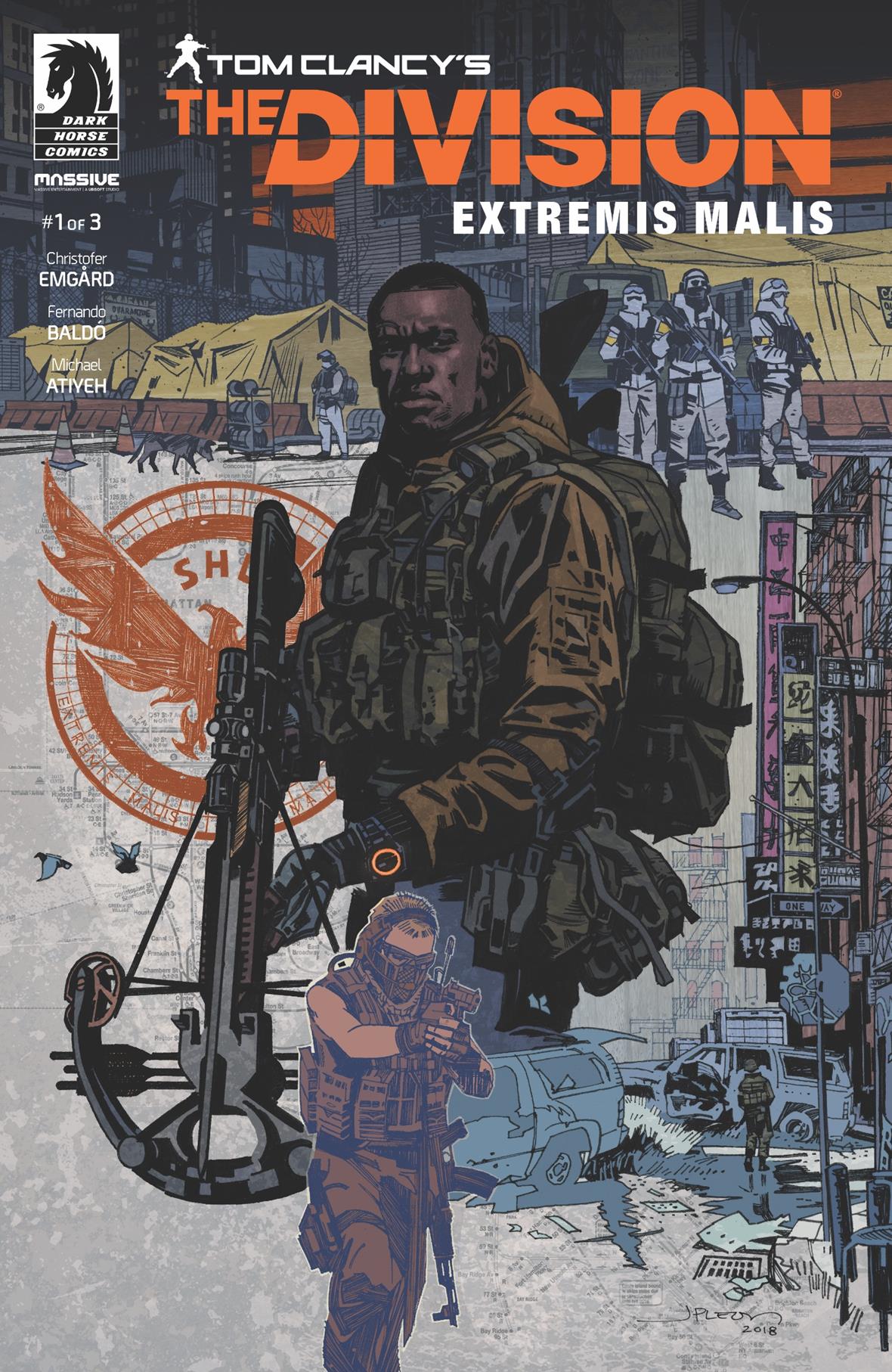 Months after a bioweapon attack devastated New York City, the Division agents are the last hope of a United States struggling to hold itself together. During a mission gone horribly wrong, Division Agent Caleb Dunne’s partner is gruesomely killed and Dunne vows to track down the mysterious woman responsible. As he gathers clues to her whereabouts, he uncovers a grave threat to a nation already on the brink of total collapse.

The first issue of Tom Clancy’s The Division: Extremis Malis goes on sale January 9, 2019, and is available for pre-order at your local comic shop.

Dark Horse and Ubisoft will also release The World of Tom Clancy’s The Division on March 19, 2019. This hardcover book is the ultimate guide to understanding the crisis that struck the cities of New York and Washington DC after the green poison pandemic. Packed with incisive lore and detailed art, the book explores the Division’s organization, its agents, their weapons and technology, and much more.

Led by Massive Entertainment in collaboration with seven other studios around the world*, Tom Clancy’s The Division 2 is the next evolution in the open-world online shooter RPG genre that the first game helped establish. Set seven months after a deadly virus was released in New York City, Tom Clancy’s The Division 2 will bring players into a fractured and collapsing Washington D.C. The game will be released on March 15th, 2019.