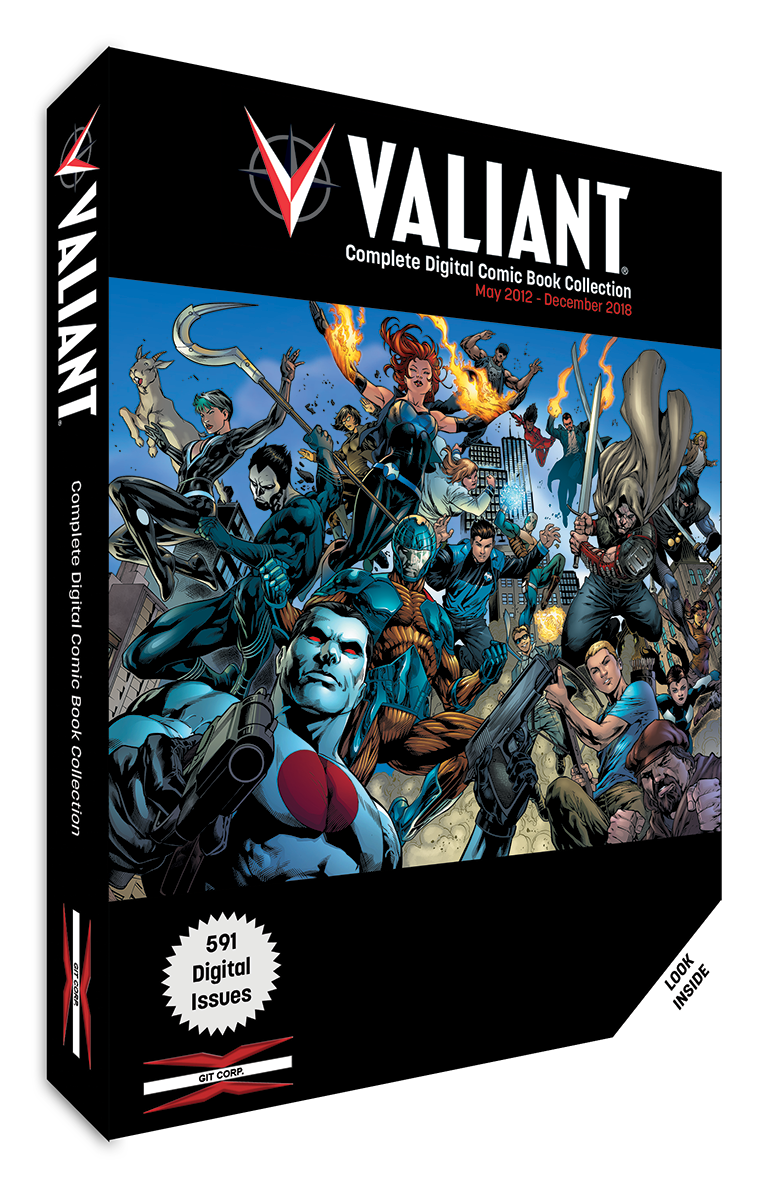 “GIT Corp. is known for their must-have digital collections, and we’re incredibly proud of this impressive release,” said Russ Brown, Valiant’s President of Consumer Products, Promotions & Ad Sales. “This is something our fans have been asking for and we’re glad to finally make it available for them.”

Valiant: The Complete Digital Comic Book Collection packs 591 digital comics on a USB flash drive, featuring every issue that has been digitally released by Valiant Entertainment between May 2012 and December 2018, including exciting adventures starring Bloodshot, X-O Manowar, Ninjak, Archer & Armstrong, and many more! The USB is Windows, Mac, IOS, and Android compatible.

This colossal comics collection releases on May 22, but is currently available for presale here.

A Platinum Limited Edition, which features 12 vivid collectible FILMCARDS highlighting fan-favorite characters, is also available for $90! Only 500 copies will be produced, so purchase here before they sell out!