August 5, 2021 – When six feet of concrete is all you have, you’ll do anything to get it back. Come along on Charlie’s journey to reclaim what’s his, and in the process change how you see the world. From George O’Connor and Meredith Laxton comes the eye-opening creator-owned series Charlie’s Spot. Issue #1 goes on sale in comic book shops this October 27. Features the first of four linked variant covers with the extraordinary watercolor paintings by interior artist Laxton!

RIGHT NOW through your local shop or at CEXPublishing.com/store.

Charlie Scott, a homeless veteran, cares about just one thing—his panhandling spot, the city park’s best busking spot. When it becomes the epicenter of a turf war between rival street performing groups (Clowns vs. Bears! Jugglers vs. Dancers!), Charlie’s forced to figure out who’s driving the chaos to bring peace back to the city — and reclaim his spot.

Written by George O’Connor (Healed, Silent Knight) and illustrated by Meredith Laxton (MPLS Sound), this heart-driven, four-issue comedy is perfect for fans of Terry Moore’s Strangers in Paradise and Motor Girl, or Skottie Young’s I Hate Fairyland—where there’s plenty of humor to go along with emotional gut punches. 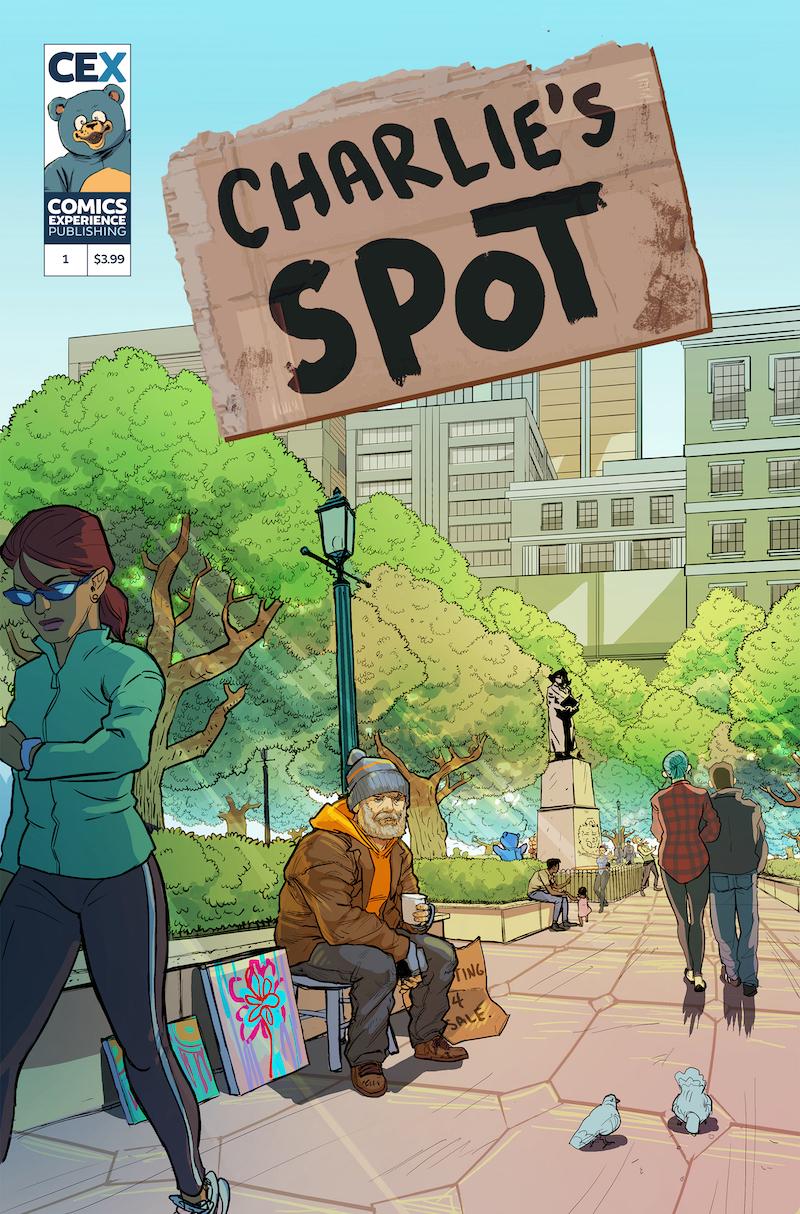 How to order Charlie’s Spot #1

Charlie’s Spot #1 features two regular covers. Each Cover B will connect together to form a wall of Laxton’s beautiful watercolor paintings, depicting the series’ characters through Charlie’s eyes:
Each is available for pre-order by readers and retailers at CEXPublishing.com/Store. Retailers, get 50% off pricing for ordering over five copies!
PREVIEW PAGES