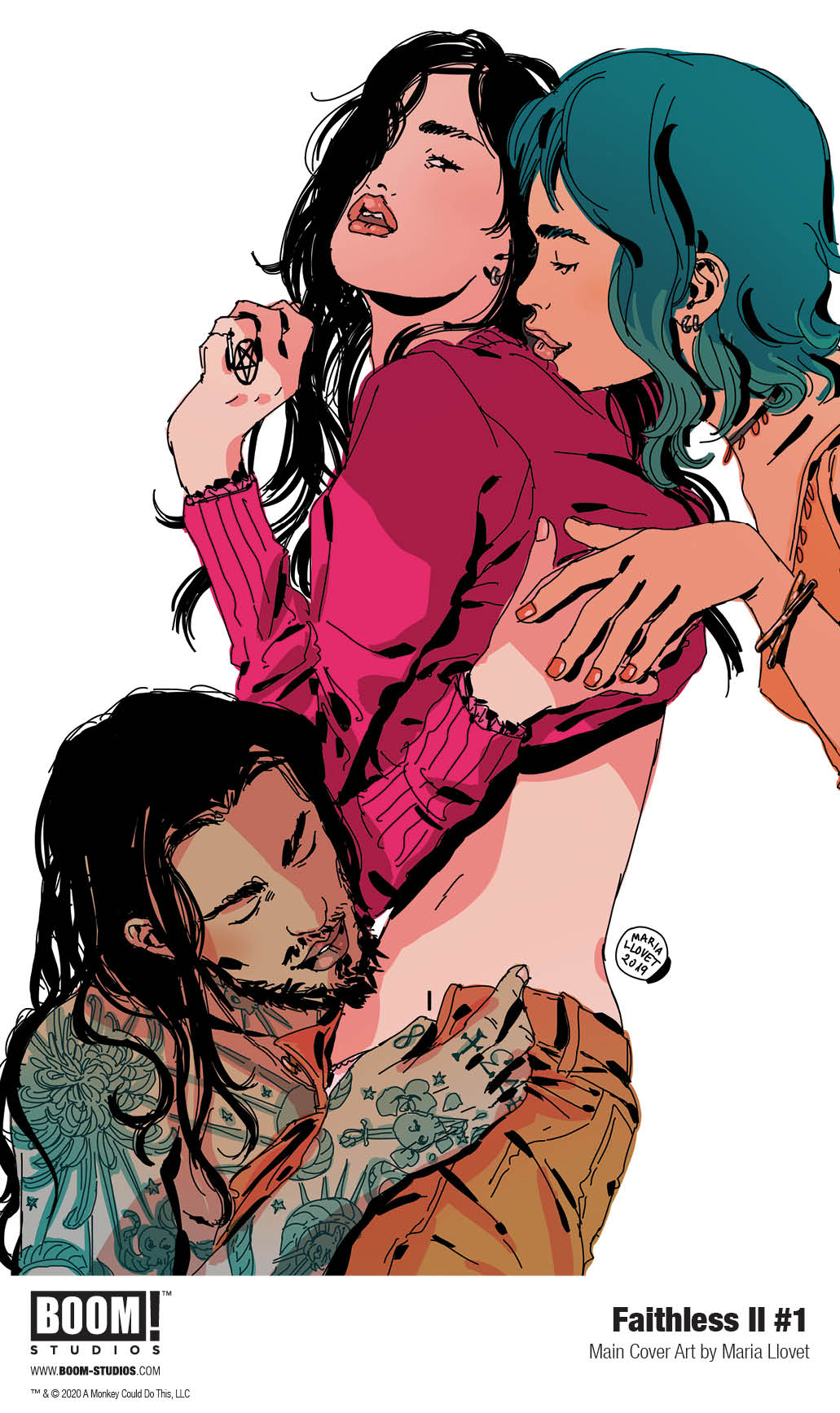 “I’m excited to dive back into FAITHLESS with Maria. When we last saw Faith, it appeared she’d gotten all that she’d wished for, but at what cost? Well, since the devil is involved it shouldn’t be too hard to guess the price,” said Azzarello. “We’re going to take Faith from the heady downtown art scene and move her to Turin, a city steeped in both black and white magic.”

Maria Llovet is a multidisciplinary artist from Barcelona, who has published four graphic novels, including Heartbeat with BOOM! Studios, There’s Nothing There, and Loud. Her illustration has been characterized by a great cinematographic influence in its visual narrative, with sex and death as central themes permeating her work.

“It was truly fantastic working with this team on Faith’s initial journey,” said Llovet. “I’m so glad to be back to these characters and thrilled to plunge deeper into the world of FAITHLESS!”

FAITHLESS II is the newest release from BOOM! Studios’ eponymous imprint, home to critically acclaimed original series, including Once & Future by Kieron Gillen and Dan Mora; Something is Killing the Children by James Tynion IV and Werther Dell’Edera;  Abbott by Saladin Ahmed and Sami Kivelä; Bury the Lede by Gaby Dunn and Claire Roe; Klaus by Grant Morrison and Dan Mora; Folklords by Matt Kindt and Matt Smith; The Red Mother by Jeremy Haun and Danny Luckert; and the upcoming Alienated by Simon Spurrier and Chris Wildgoose and King of Nowhere by W. Maxwell Prince and Tyler Jenkins.

“Faith’s search for magic in life, in art, and in love is far from over, and delving more deeply into her journey with Brian and Maria is entirely too much fun,” said Sierra Hahn, Executive Editor, BOOM! Studios. “More surprises await as we invite you to sink deeper into Faith’s explorations of the ‘taboo’ in FAITHLESS II.”

Print copies of FAITHLESS II will be available for sale in April 2020 at local comic book shops (use comicshoplocator.com to find the nearest one) or at the BOOM! Studios webstore. Digital copies can be purchased from content providers, including comiXology, iBooks, Google Play, and Madefire.

For more on FAITHLESS II and other projects from BOOM! Studios, stay tuned to www.boom-studios.com and follow @boomstudios on Twitter. 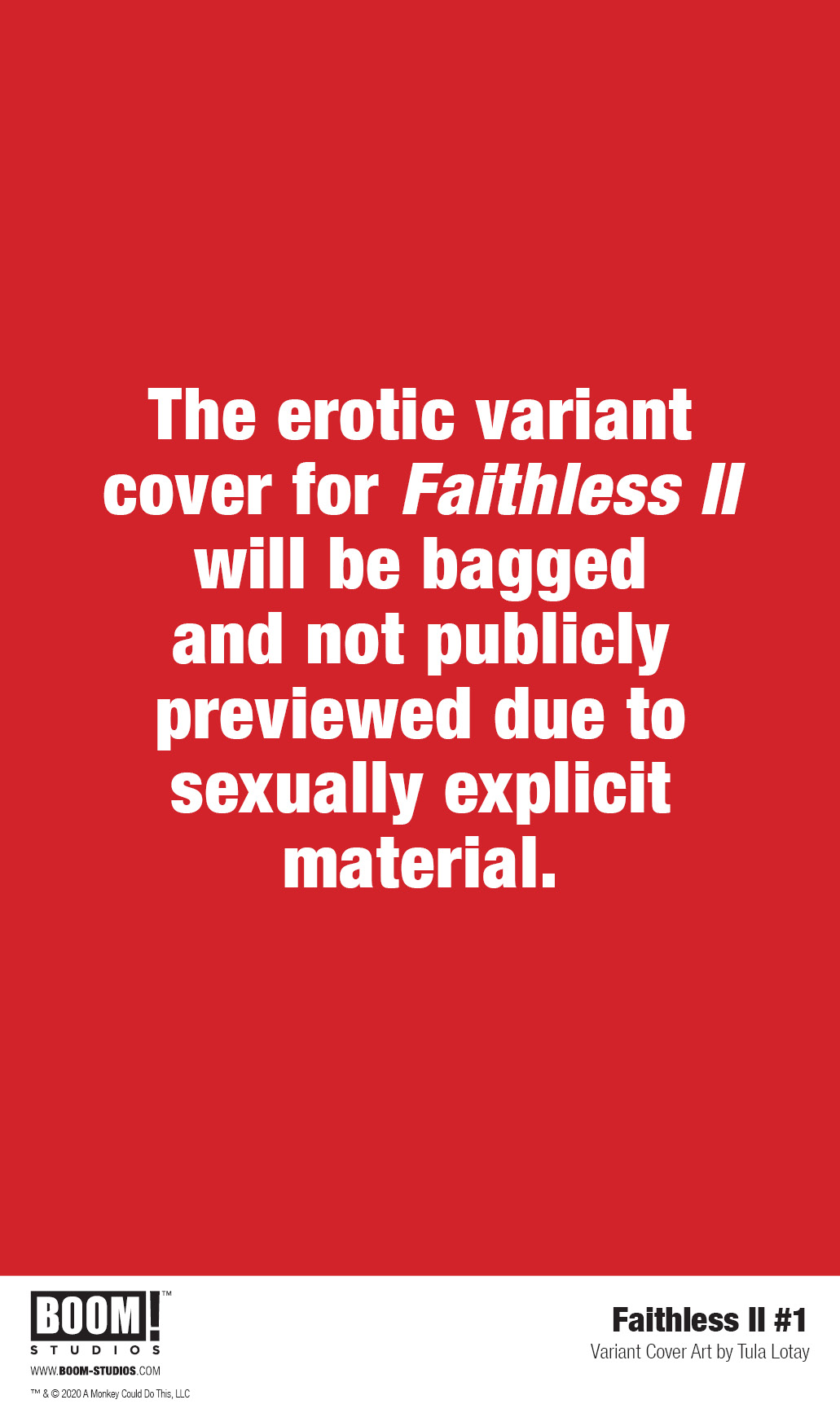 THE TRIBULATION TASKFORCE: THE APOSTLE RETURNS