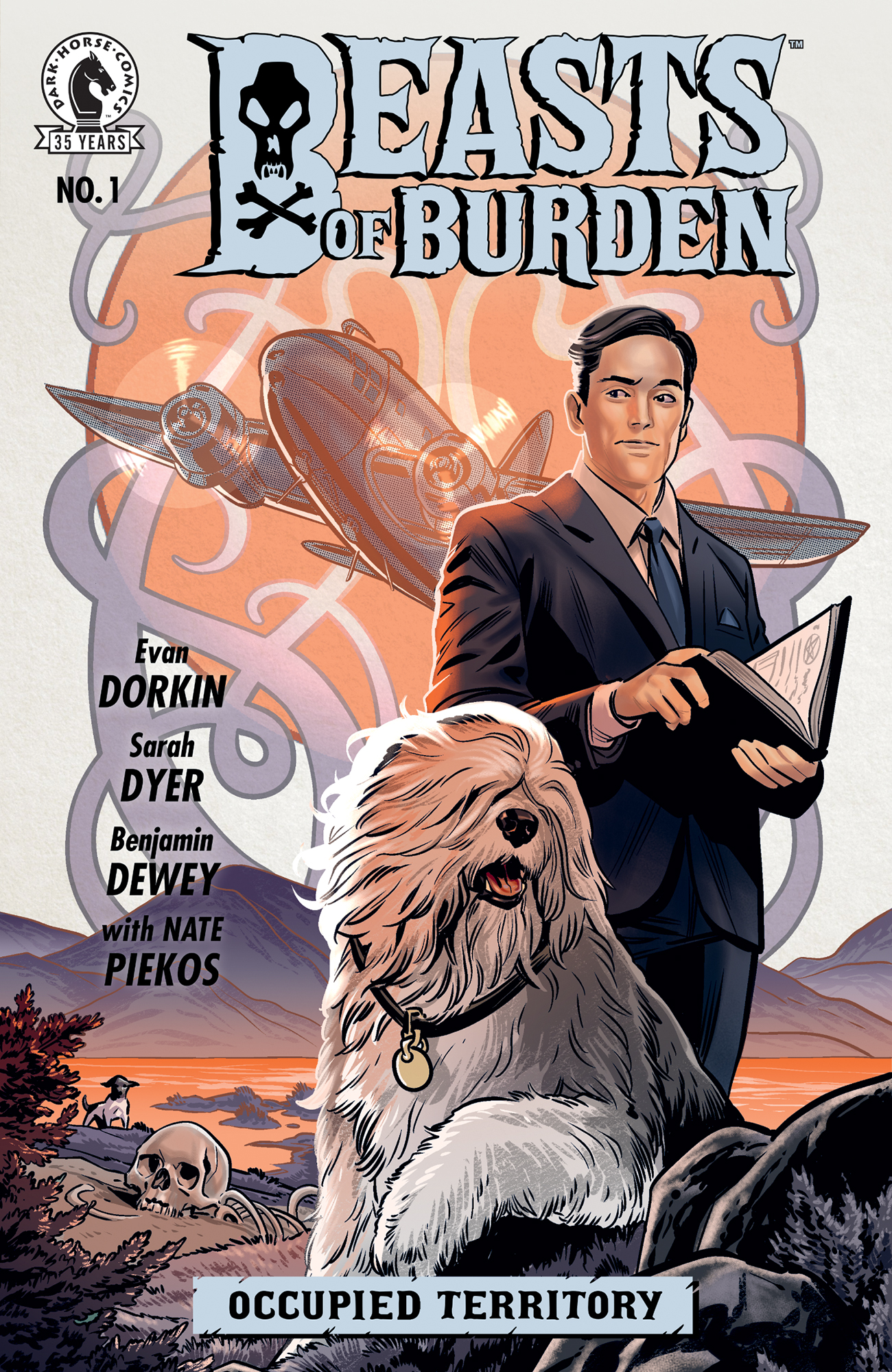 An elder member of the occult-battling pack of Wise Dogs recalls a harrowing mission—in U.S-occupied Japan after World War II, a mysterious curse creates an army of crawling, disembodied heads which threatens to overwhelm the region. Emrys and a team of canine companions attempt to solve the mystery, bringing them into conflict with shape-changing tanuki, evil oni, and a horde of vengeful demons.

“I’m very excited to have a new Beasts of Burden story for the fans and I’m extremely happy with the way everything came together working with Sarah, Benjamin and Nate.

Why post-war Japan? I used to half-jokingly ask editor Daniel Chabon if we could have his Shiba Inu, Zell. He said we should have a Shiba in the series, instead. One thing led to another, one idea led to three more, and that’s where our latest story of dogs fighting supernatural evil ended up.” —Evan Dorkin

Beasts of Burden: Occupied Territory #1 (of four) will be in comic shops on April 7, 2021. It is available for pre-order at your local comic .