April 9, Mt. Laurel, NJ: Dynamite is proud to announce an all-new talent to the comic book community. Available as a limited edition on Indiegogo now for a finite time, Anna aka “That Star Wars Girl” has brought her adorable style to the Daughter of Drakulon for her 50th anniversary.

Known online for her irreverent take on the STAR WARS franchise and other media, Anna has garnered a strong following on Youtube and other platforms. Growing up as a huge STAR WARS and pop culture fan, today she continues to delve in those fandoms but provides commentary without filters to her audience. She also has a background in art, studying at the Academy of Art University in San Francisco with a focus on creature design for AAA gaming and live-action films. Today she works as a concept artist, but her close relationships with some of the best comic artists in the world brought her to this opportunity.

For this cover, Anna decided to draw inspiration from Bruce Timm for the style of the piece. A huge fan of Timm’s work and particularly the classic BATMAN: THE ANIMATED SERIES show, she wanted to give a nod to him with her own twist. Timm himself has a history with the Daughter of Drakulon, contributing covers and even a beloved sultry short story, in addition to several commissions for fans.

“There’s nothing wrong with being a woman/being feminine or emphasizing that, and women and artists shouldn’t be shamed for it either,” said Anna. “That’s why when drawing Vampirella I wanted to celebrate those elements of her character.”

This cover is also done in commemoration of Anna’s late sister, Ellen Rose, who was always supportive of Anna’s work. She is represented in the piece by the rose held by Vampirella, as well as a special back cover design in her memory.

The collectible cover is available in three variations. First, the default option with the Vampirella logo and treatments. A “virgin” edition without those additions is available. As well as a retro-themed version inspired by the aesthetics of old Hollywood films and design. Additionally, a limited run tee shirt featuring the Hollywood design is available as a separate reward tier or add-on for backers. 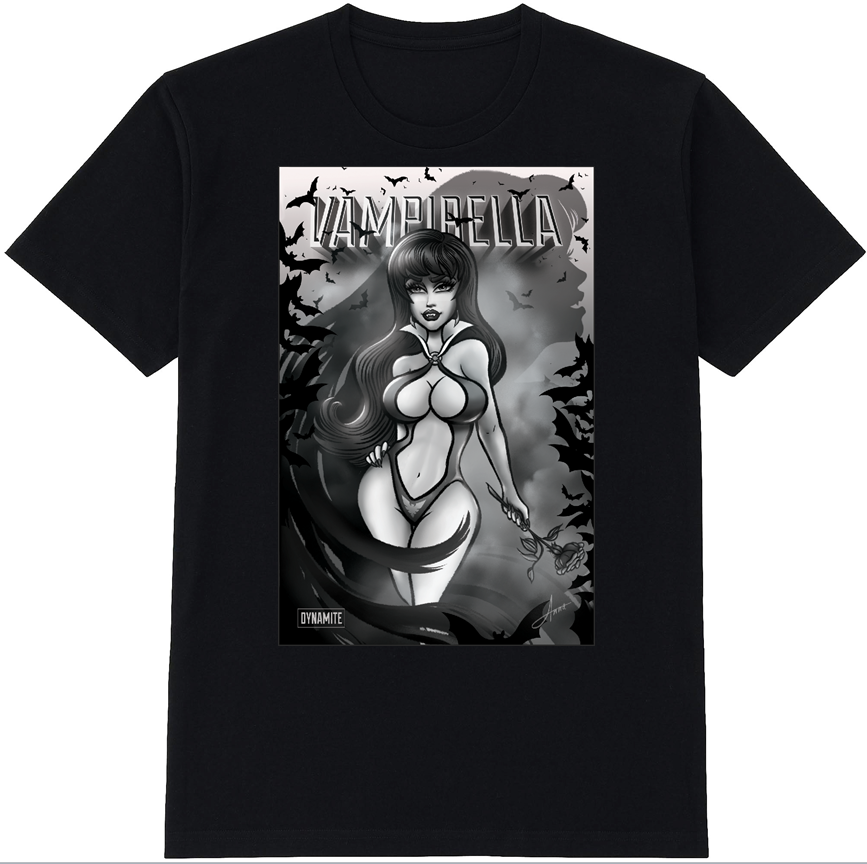