Ambitious and Immersive High Concept Package to be Released in March

With Cover Artwork By Graham Coxon 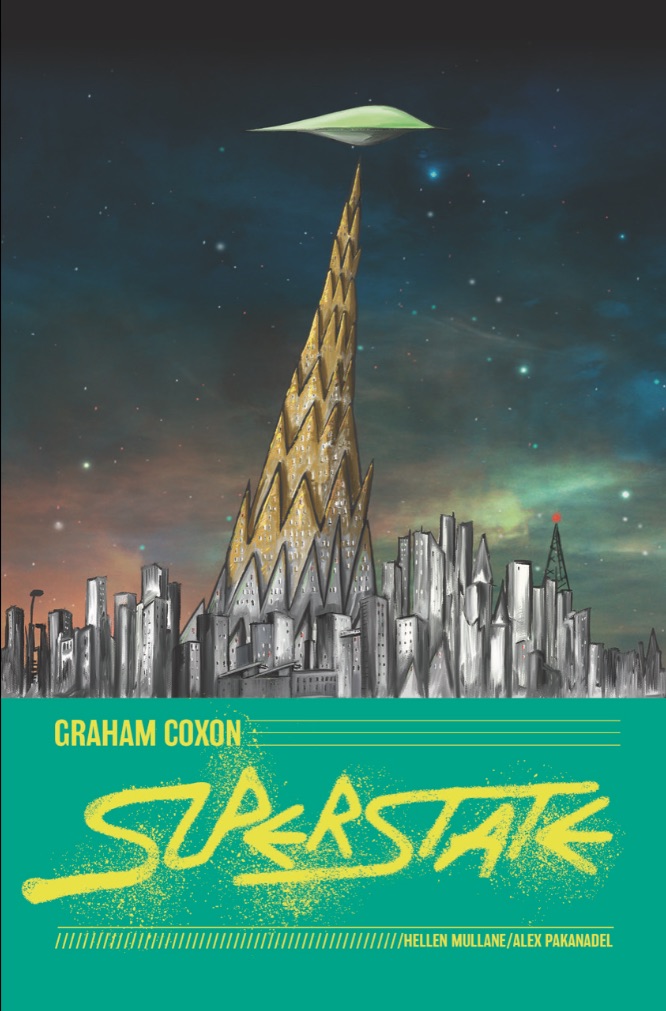 Superstate sees Graham Coxon working with co-writers Alex Paknadel (GIGA, Friendo, Turncoat) and Helen Mullane (Nicnevin and the Bloody Queen) and 15 graphic artists including Christian Dibari, Marie Llovet and Ryan Kelly, to realise this  reading and listening experience which is unlike any other. Coxon’s vision is brought to the page by an all-star co-operative of writers and artists who devised stories and visuals inspired by the original concept from Coxon. The creative process has been lead by new music written and recorded by Coxon exclusively for Superstate earlier this year. The result is visual compendium that features 15 different graphic stories, each accompanied by it’s own individual track.

Graham Coxon said “Superstate is a story of escape… In a society where war rages between the forces,  negativity and positivity, encouragement and discouragement… The fragile road to freedom burns its way through the far reaches of space…”

“We at Z2 feel that we are setting the standard for the relationship between comic book storytelling and music, and Graham Coxon’s Superstate is a high watermark for our company’s brief history and bright future” says Z2 publisher Josh Frankel. “We wanted to ensure that Graham’s vision was brought to life in the most authentic way possible and have assembled a team that has delivered a book that is essential to the album experience. I am so proud of the way this project has come together.”

For the viewer, the Superstate is everywhere, and its authority is absolute: Yoga Town is a city without hope. While they wait to leave the earth, the 1% can bend reality to their will, they live in a consequence-free world where anything goes. Meanwhile, the masses are pacified by a drugged out, government-mandated digital dreamscape while they wait to perish on this dying planet. But there is still hope. Angels roam the earth. With their help, maybe some rebellious spirits can start to make a change.