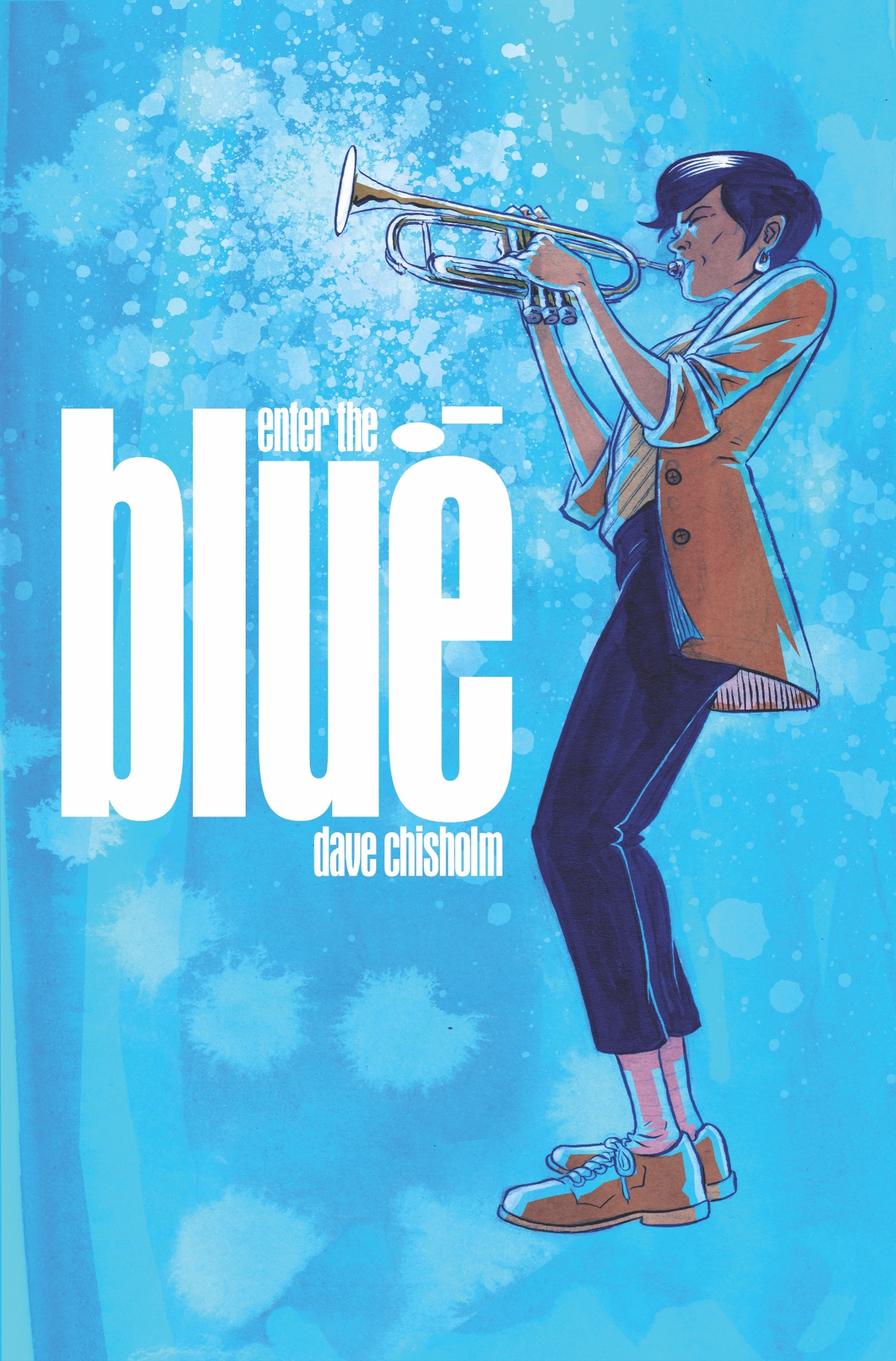 Record Label Known for Defining Nearly Every Era of Jazz and Its Key Figures Paid Tribute in Official Graphic Novel Inspired By the Music, Mystery and Magic of Improvisation and Innovation

LOS ANGELES, CA— Z2 Comics has come to define the depths of possibility in the relationship between music and graphic fiction, proving that great art is not defined by format, and the marriage between mediums can elevate the experience for all. This is perhaps best exemplified by their latest announcement of Enter the Blue, a fictional story inspired by the history of one of the greatest houses of sound, as written and drawn by Dave Chisholm, known for his incredible Charlie Parker graphic novel released by Z2 in 2020.

“As someone who has performed and obsessed over this music some folks call “jazz” for most of my life, I’ve always loved Blue Note Records. The incredible performances, the amazing sounds, the impeccable graphic design–every new Blue Note album that found its way into my life guaranteed a great listen” says Dave Chisholm. “The history of Blue Note in so many ways follows the history of this music. From Sidney Bechet to Miles & Coltrane, to Ornette and Herbie, to present-day giants like Ambrose Akinmusire–virtually every single major figure in this history has recorded for them in some way or another.”

“With a musician’s sensibility and a poet’s hand, Dan Chisholm has crafted a rare peek behind the curtain into the inner workings of jazz. ‘Enter the Blue’ eloquently explains the fearless creativity, innovative spirit, and artistic depth that has characterized the Blue Note tradition since 1939. We’re honored to participate with Z2 and Dan in this awesome undertaking” says Don Was, President of Blue Note Records.

Chisholm continues “It was a profound honor to be asked to write and draw a graphic novel for Blue Note Records. When Z2 Comics first approached me about it, I assumed that Blue Note wanted a nonfiction account of the history of the label, so that was the pitch I had prepared. I was both surprised and excited when Blue Note Records president Don Was and crew let me know that they wanted a work of fiction–something that spoke to the past and the future of this music. Immediately, in that very meeting, my imagination ignited, and the sparks of a story started–a story involving the disappearance of the wise old mentor and his student’s desperate attempts to find and rescue him, along with her subsequent deep dive into the secret history of Blue Note Records–and some kind of mysterious phenomenon kindled by this music–something whispered at jam sessions called ‘The Blue’.”

For decades, seasoned players on the scene have spoken in whispered tones about The Blue: a mysterious meeting place for jazz history – a place where ghosts from this music’s storied past spring to life for those courageous enough to enter.

When Jessie Choi’s mentor Jimmy Hightower collapses at a gig and loses consciousness, she finds herself reluctantly pulled back into the jazz scene she abandoned years earlier. In investigating the music and mystery behind Jimmy’s comatose state, every thread leads to the same question: is Jimmy somehow trapped in this enigma known as The Blue? In her search to save her teacher, Jessie rubs shoulders with legends, uncovers the secret history of Blue Note Records, and faces her own deepest fears.

Chisholm concludes “Enter the Blue came together in the best, most organic way possible, and is from the deepest place in my heart. Having written, drawn, lettered and colored this work, I put everything I had into it. Enter the Blue is the best work I’ve ever done and I can’t wait to share it with the world.”

Enter the Blue is written and drawn by Dave Chisholm (Chasin’ the Bird, Instrumental) and will be released in a soft and hardcover edition in finer comic shops and bookstores alike in January 2021 and is also available to preorder now in these and a gorgeous, oversized slipcase deluxe format featuring a gorgeous print set