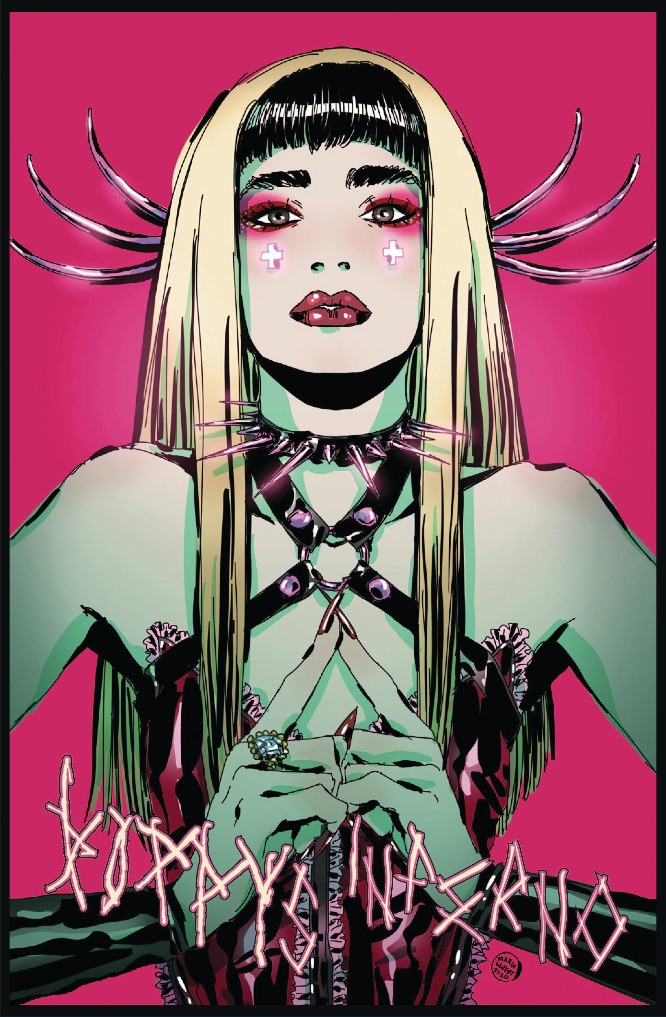 NEW YORK, NY—On the heels of the release of her brand-new album I Disagree on Sumerian records, and the launch of a 37 date tour to support it, Poppy announces her sophomore comic book effort, again teaming with writer Ryan Cady to pen Damnation: Poppy’s Inferno.

In Genesis 1, Poppy and writer Ryan Cady (Infinite Dark) tackled themes of influence through a dissection of the relationship of fans and enthusiasts to the art on which they cast their own hope and belief. Damnation: Poppy’s Inferno continues down this path, this time putting Poppy in a story in which there are those who literally seek to control and change her for their own purposes and leading her through the depths of hell itself. Damnation 1 trades science fiction for horror, in another thought-provoking yet satirical look at fame.

“We are delighted to work with Poppy again on her follow up to last year’s fantastic debut, Genesis 1. We believe this was one of the best books we published not only in 2019, but in our time as a publisher, and Damnation: Poppy’s Inferno  is shaping up to be all that and more” says Z2 publisher Josh Frankel.

Damnation  is fueled by the same spirit as Poppy’s new album, inspired by her quiet rise from incalculable phenomenon (with over half-a-billion views on YouTube) to unassuming paragon of high culture, high fashion, and high art, and will be released in July 2020, in both a standard and limited Z2 exclusive deluxe edition, with both available for preorder now. Damnation: Poppy’s Inferno is written by Poppy and Ryan Cady, and features art by Amilcar Pinna (Marvel’s M.O.D.O.K. Assassin, Valiant’s Forgotten Queen) and Zoe Thorogood.