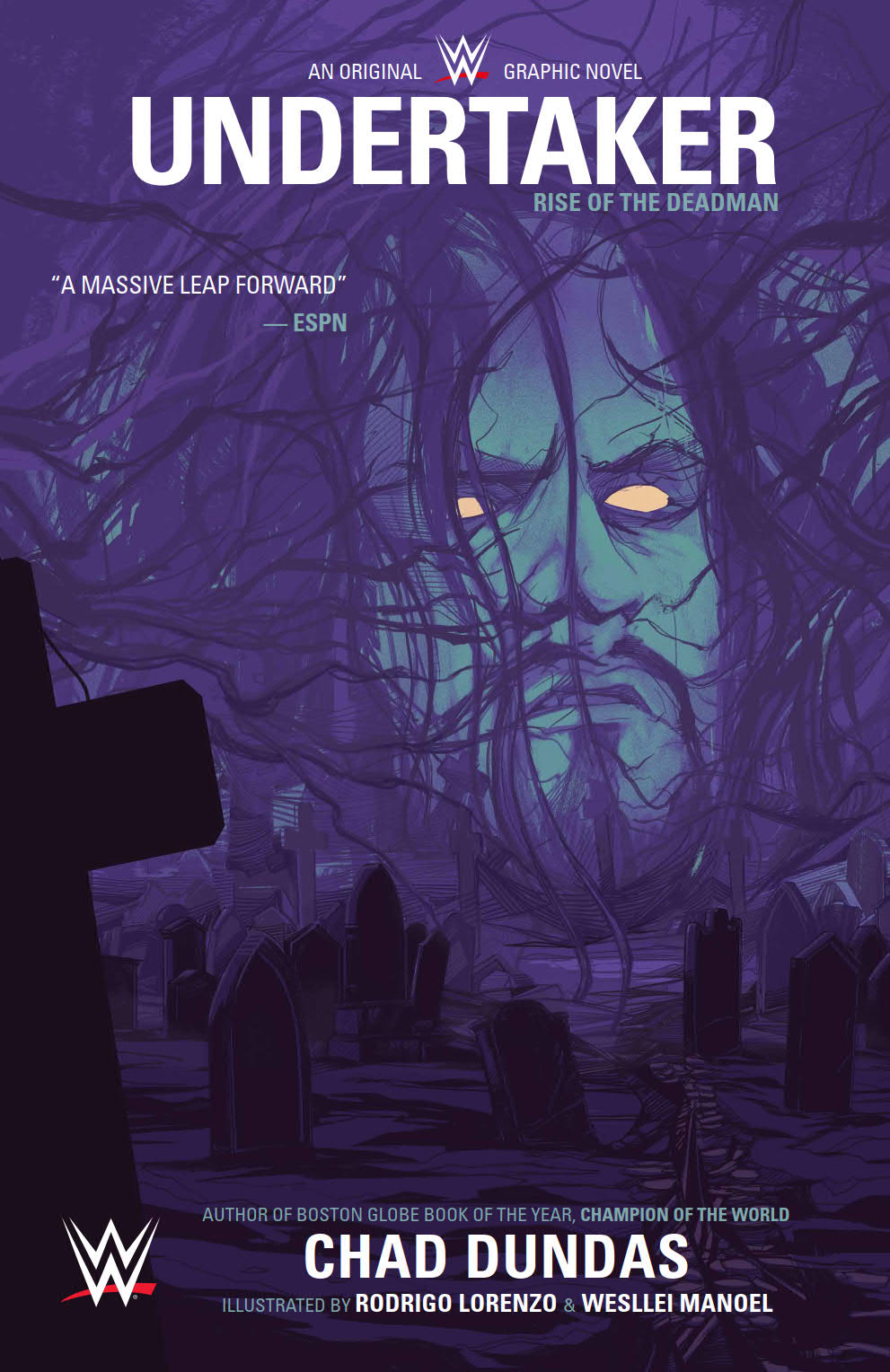 Available in stores beginning later this month, WWE: UNDERTAKER delivers a new look at the unrivaled career of The Undertaker, with new surprises and revelations from novelist, journalist, and combat sports expert Chad Dundas (author of the Boston Globe Book of The Year Champion of the World) and artist Rodrigo Lorenzo (WWE).

WWE: UNDERTAKER features a stunning cover by artist Oliver Barrett, whose work has been featured by ESPN, Mondo, The Atlantic, Men’s Health, and more.

“As fans all over the world were reminded this month, there’s never been anyone in WWE quite like The Undertaker,” said Chris Rosa, Editor, BOOM! Studios. “It’s been an honor to work with Chad and Rodrigo to chronicle the untold story of the Phenom’s life, from his history with Paul Bearer and Kane, to his unforgettable battles with the greatest legends in WWE.”

Print copies of WWE: UNDERTAKER will be available for sale on October 31st at local comic book shops (use comicshoplocator.com to find the nearest one) and on November 6th at bookstores or at the BOOM! Studios webstore. Digital copies can be purchased from content providers, including comiXology, iBooks, Google Play, and the BOOM! Studios app.

For continuing news on WWE: UNDERTAKER and more from BOOM! Studios, stay tuned to www.boom-studios.com and follow @boomstudios on Twitter. 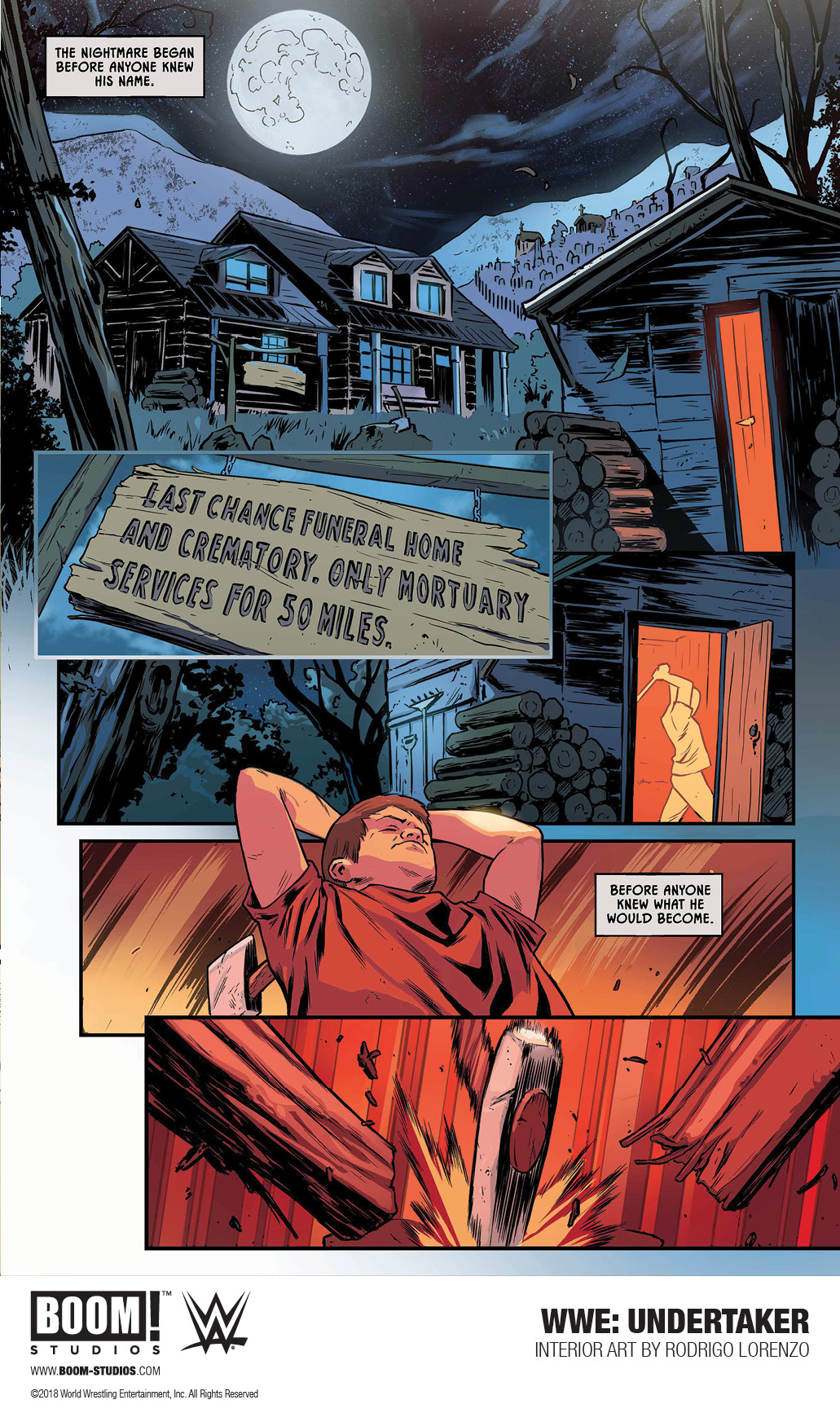 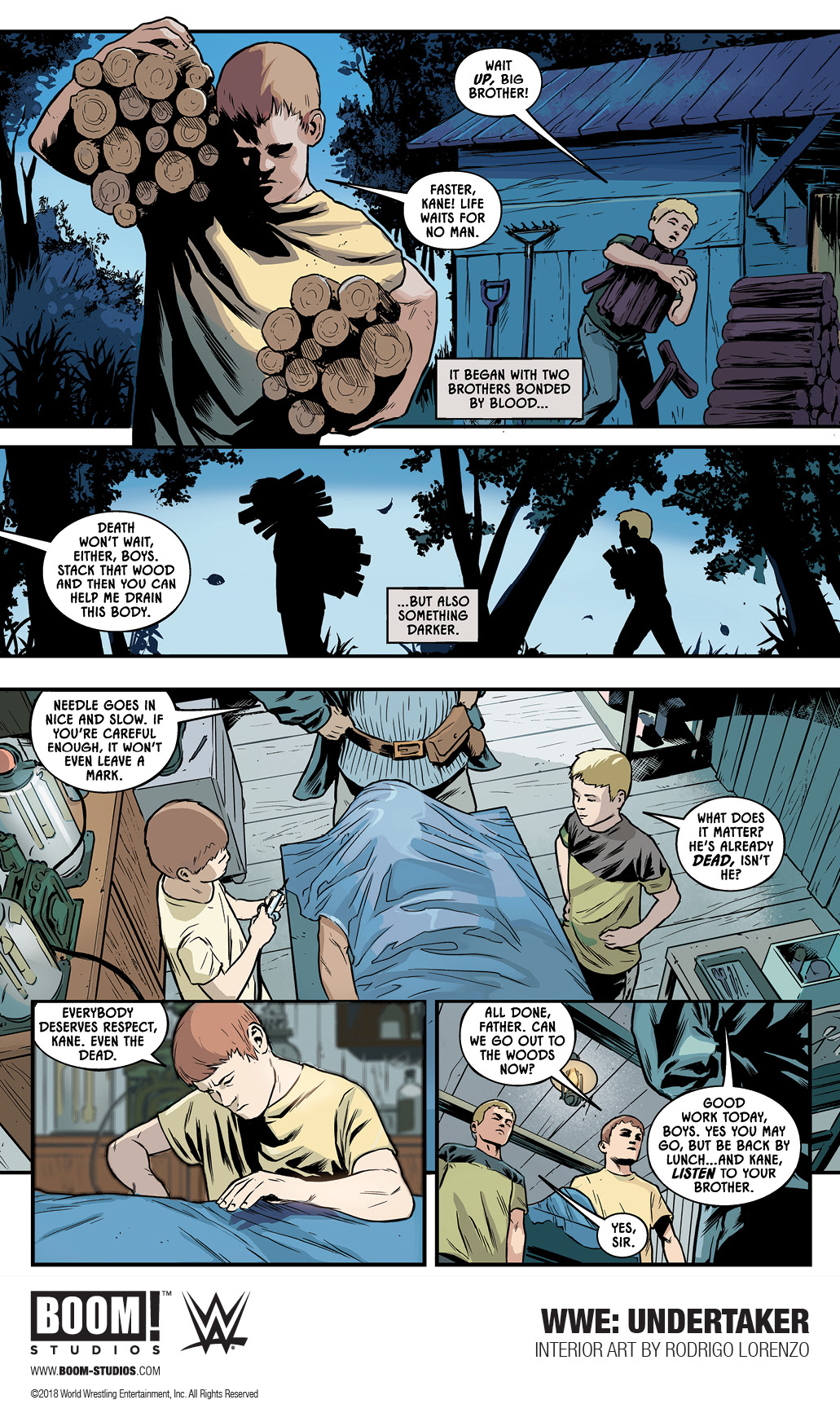 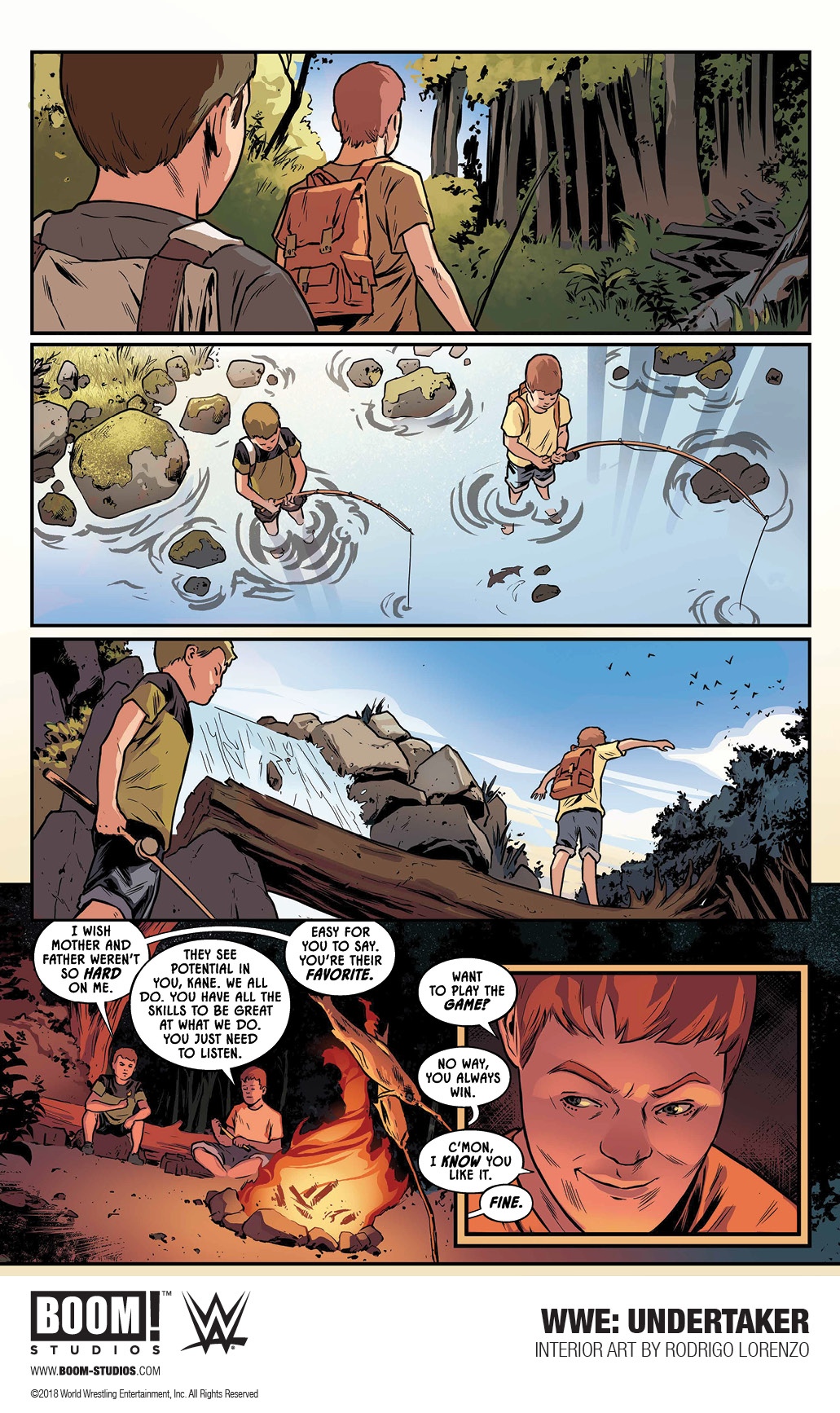 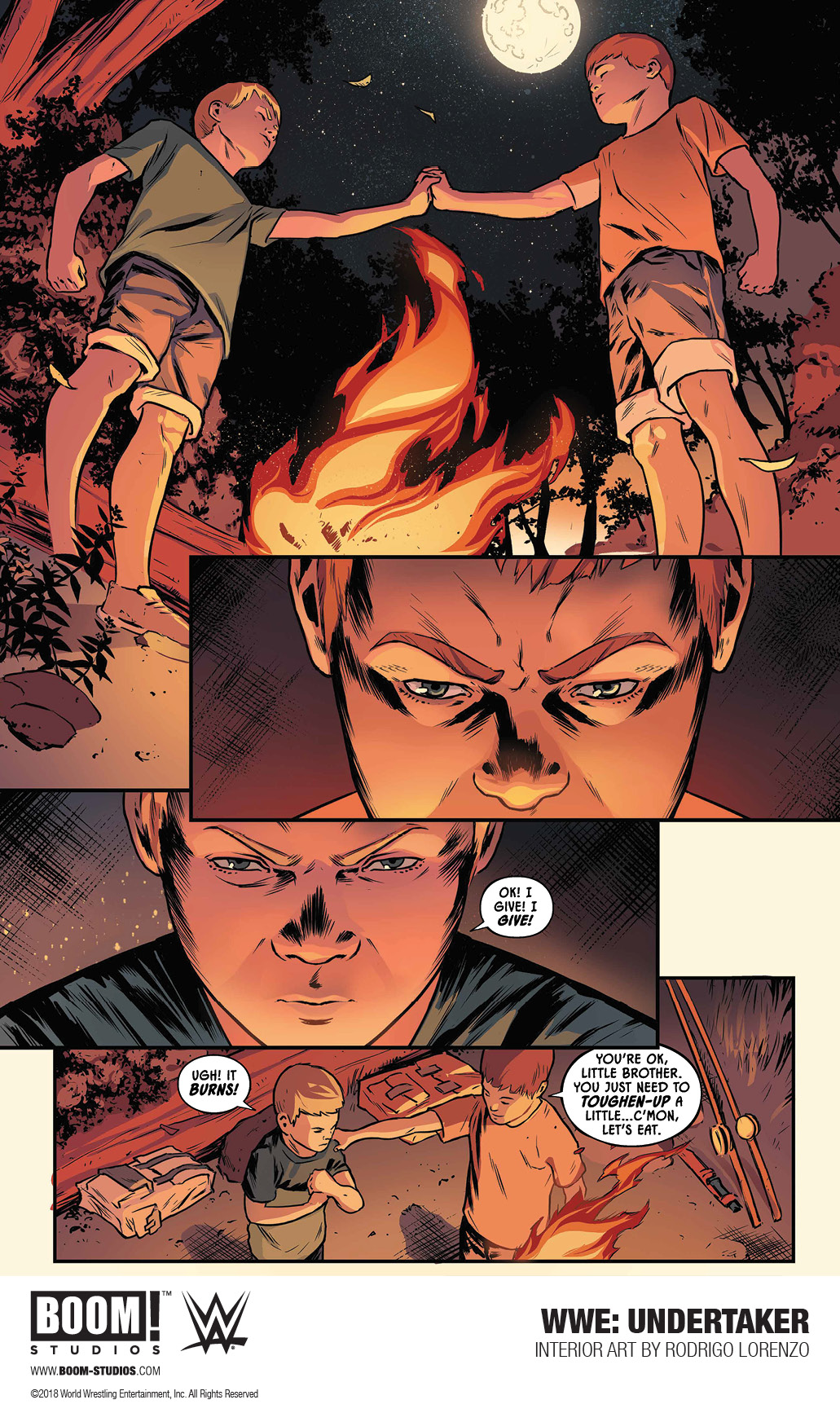 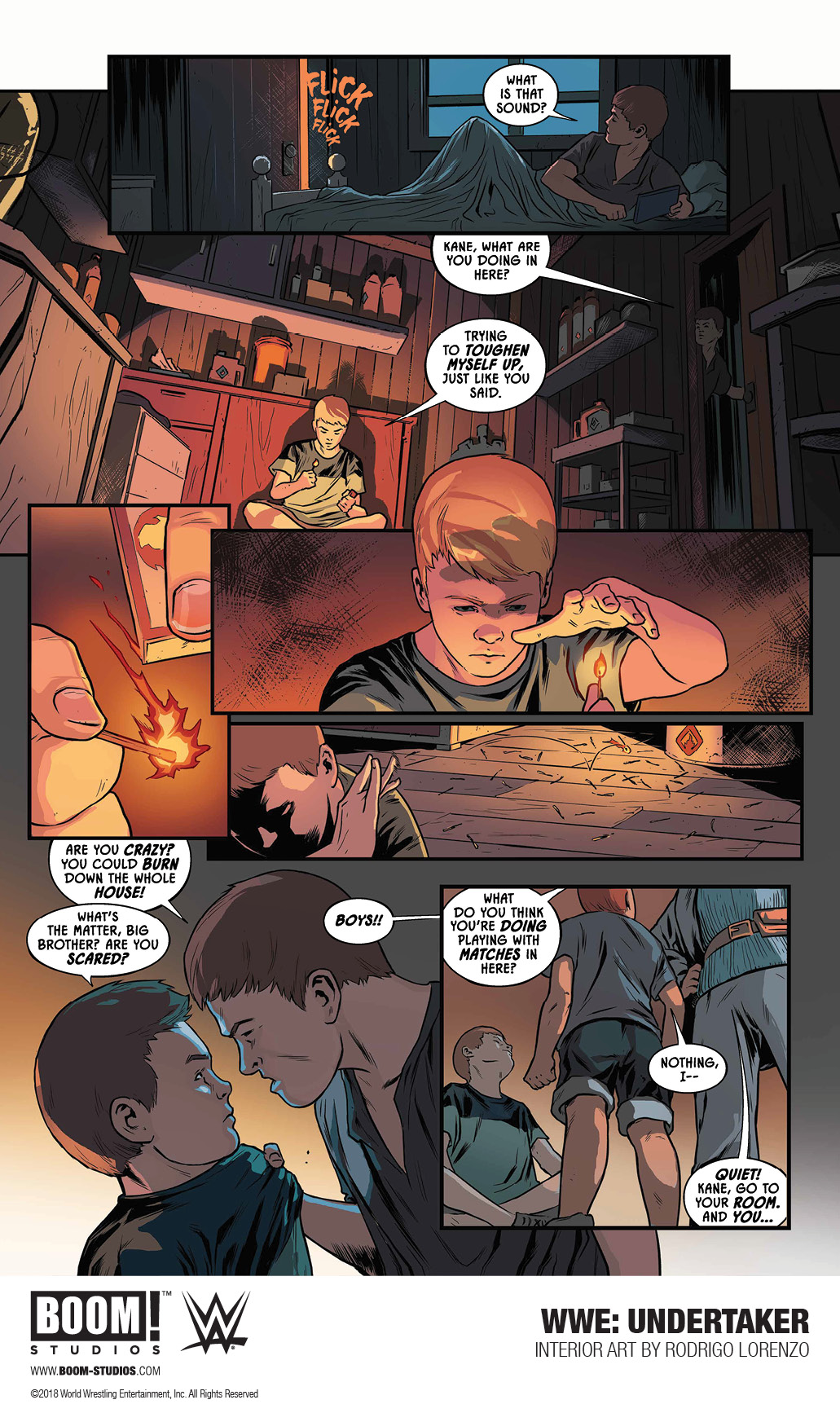 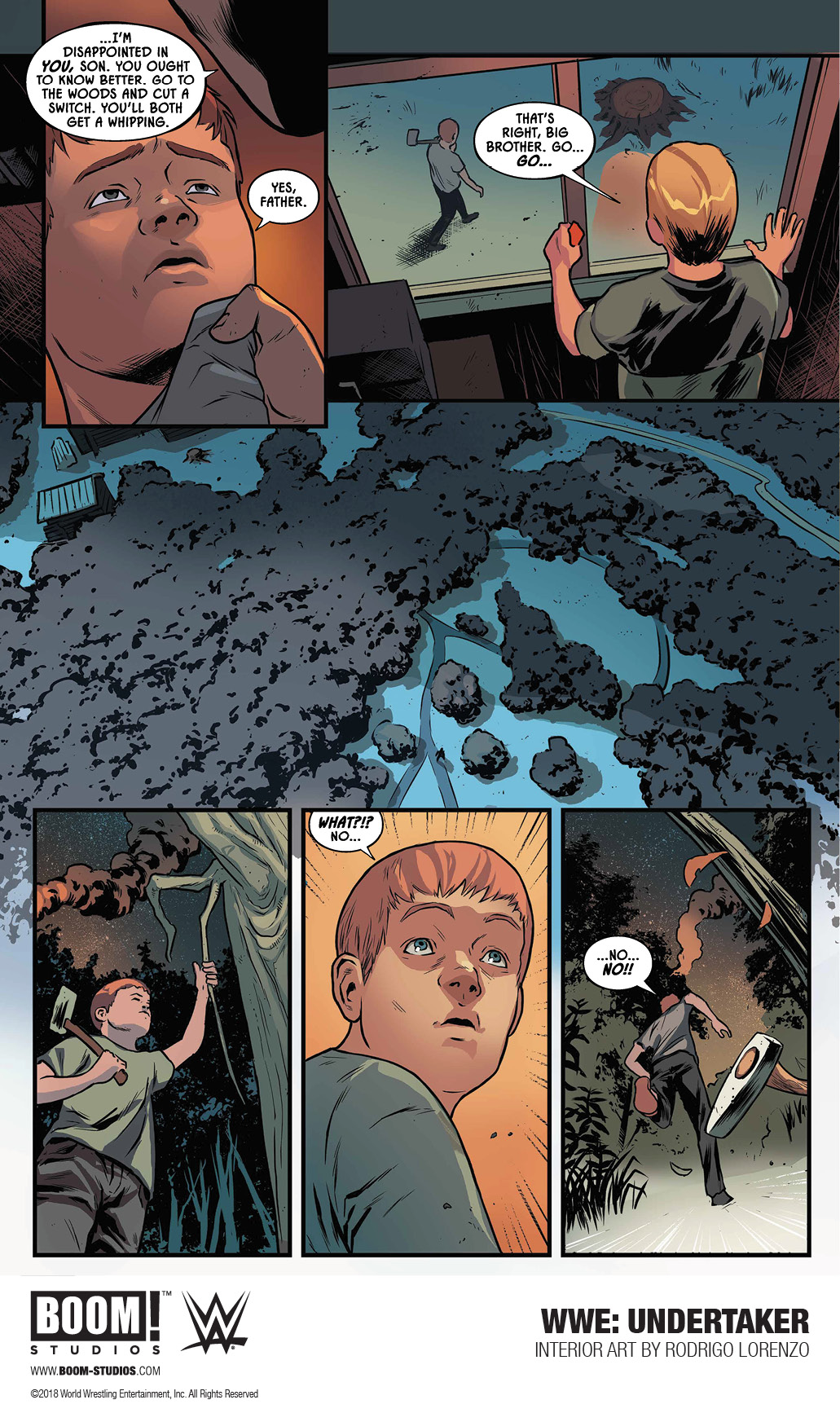 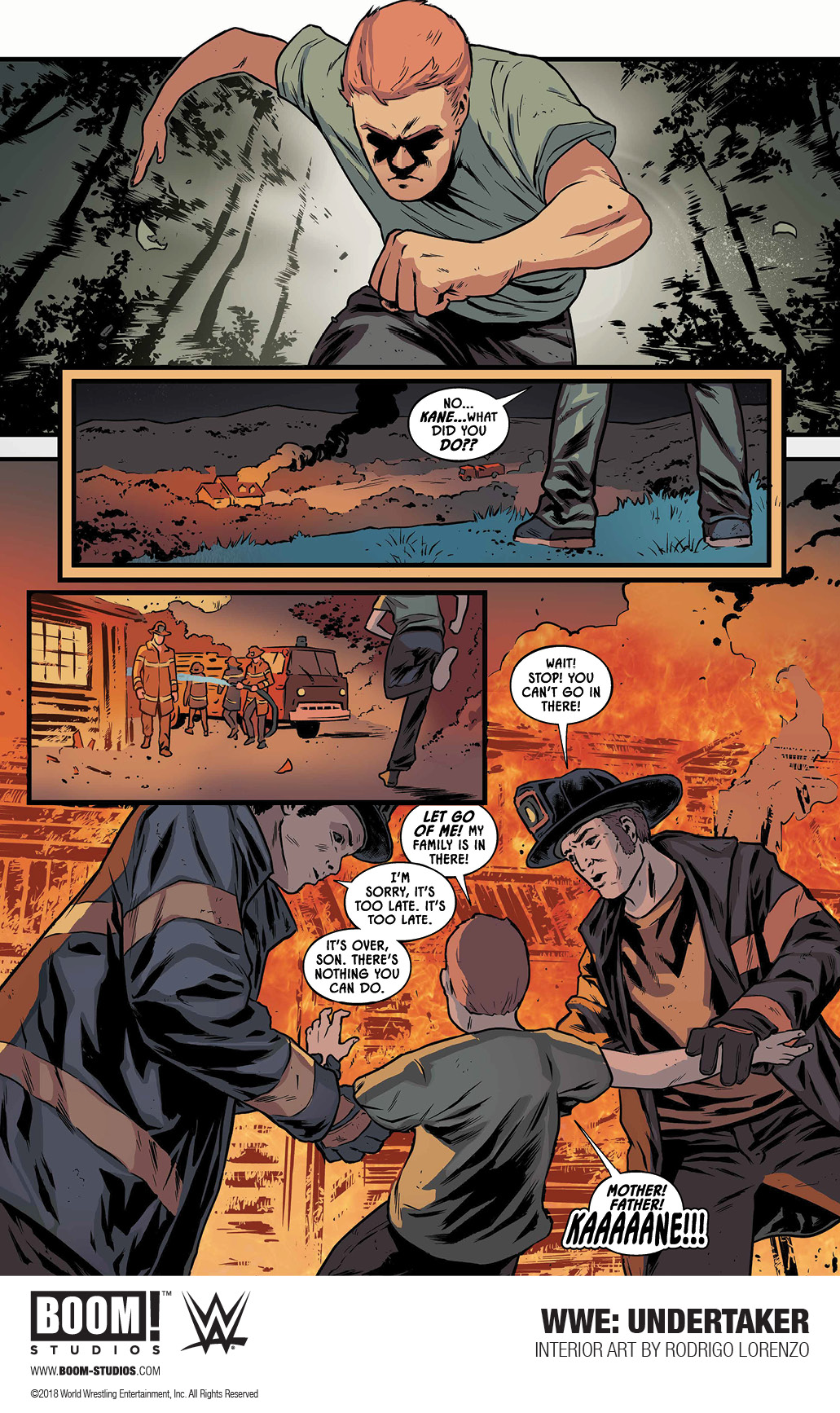 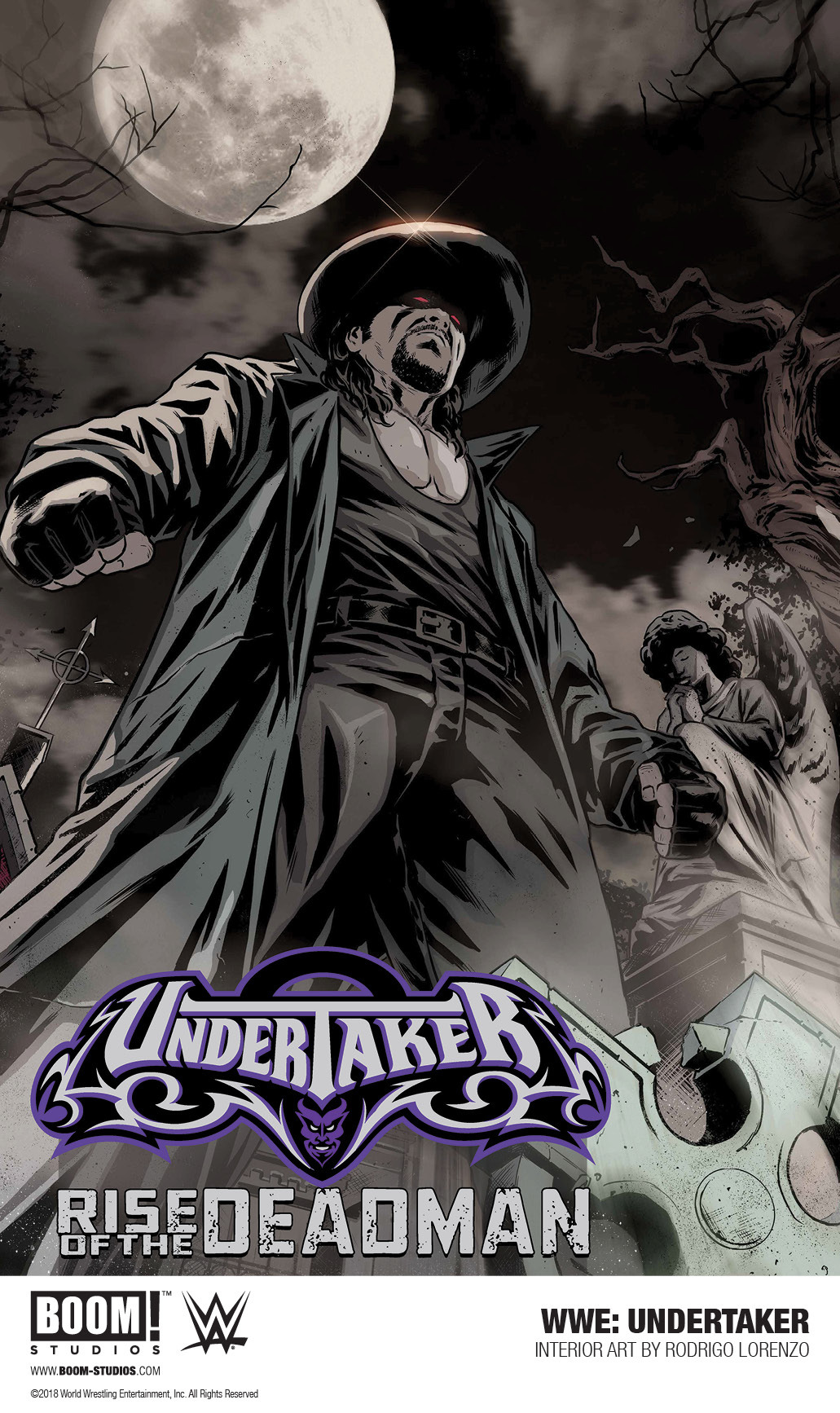 ABOUT WWE
WWE, a publicly traded company (NYSE: WWE), is an integrated media organization and recognized leader in global entertainment. The company consists of a portfolio of businesses that create and deliver original content 52 weeks a year to a global audience. WWE is committed to family friendly entertainment on its television programming, pay-per-view, digital media and publishing platforms. WWE programming reaches more than 800 million homes worldwide in 20 languages. WWE Network, the first-ever 24/7 over-the-top premium network that includes all live pay-per-views, scheduled programming and a massive video-on-demand library, is currently available in more than 180 countries. The company is headquartered in Stamford, Conn., with offices in New York, Los Angeles, London, Mexico City, Mumbai, Shanghai, Singapore, Dubai, Munich and Tokyo.