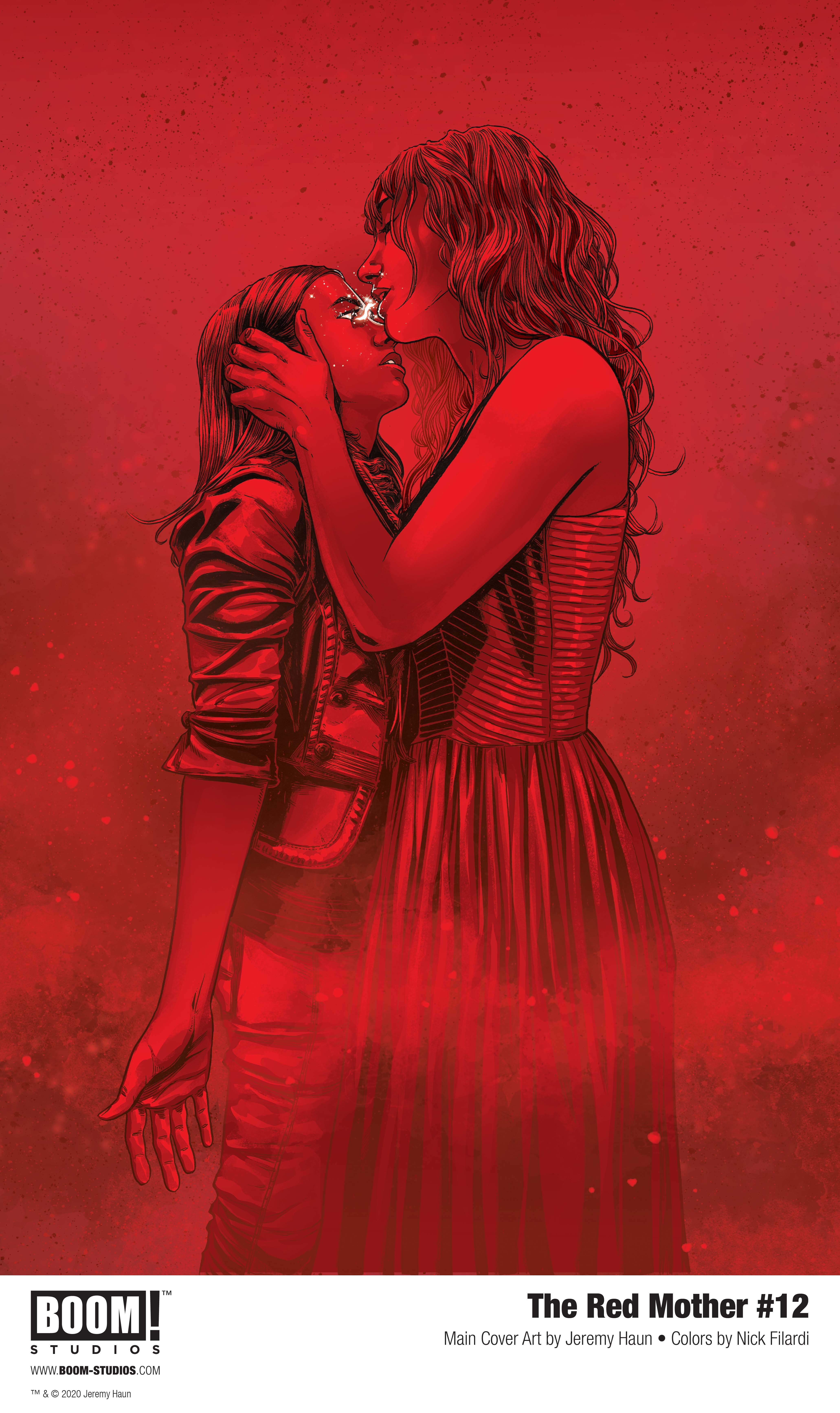 LOS ANGELES, CA (January 6, 2021) – BOOM! Studios is proud to reveal a first look at THE RED MOTHER #12, the final issue of the original comic book series from acclaimed writer Jeremy Haun (The Beauty, The Realm), artist Danny Luckert (Regression), and letterer Ed Dukeshire, about a young woman who survives a tragedy, only to be afflicted with sudden, unexplained visions of horror and forced to deal with the terrible consequences in January 2021.

It’s Daisy vs The Red Mother for the last time. But is this a battle that Daisy can truly win?

Print copies of THE RED MOTHER #12, featuring main cover art by series writer Jeremy Haun with colors by Nick Filardi, will be available for sale January 13, 2021exclusively at local comic book shops (use comicshoplocator.com to find the nearest one) or at the BOOM! Studios webstore. Digital copies can be purchased from content providers, including comiXology, iBooks, Google Play, and Madefire.

Readers can find THE RED MOTHER VOL 1 and VOL 2 available now everywhere books are sold. THE RED MOTHER VOL 3 will be available in local comic shops on April 28, 2021 and wherever books are sold March 4, 2021. After losing her eye and the man she loves in a brutal mugging, Daisy McDonough attempts to move on, but her new prosthetic eye reveals an ancient evil trying to cross over into our own world…the Red Mother. 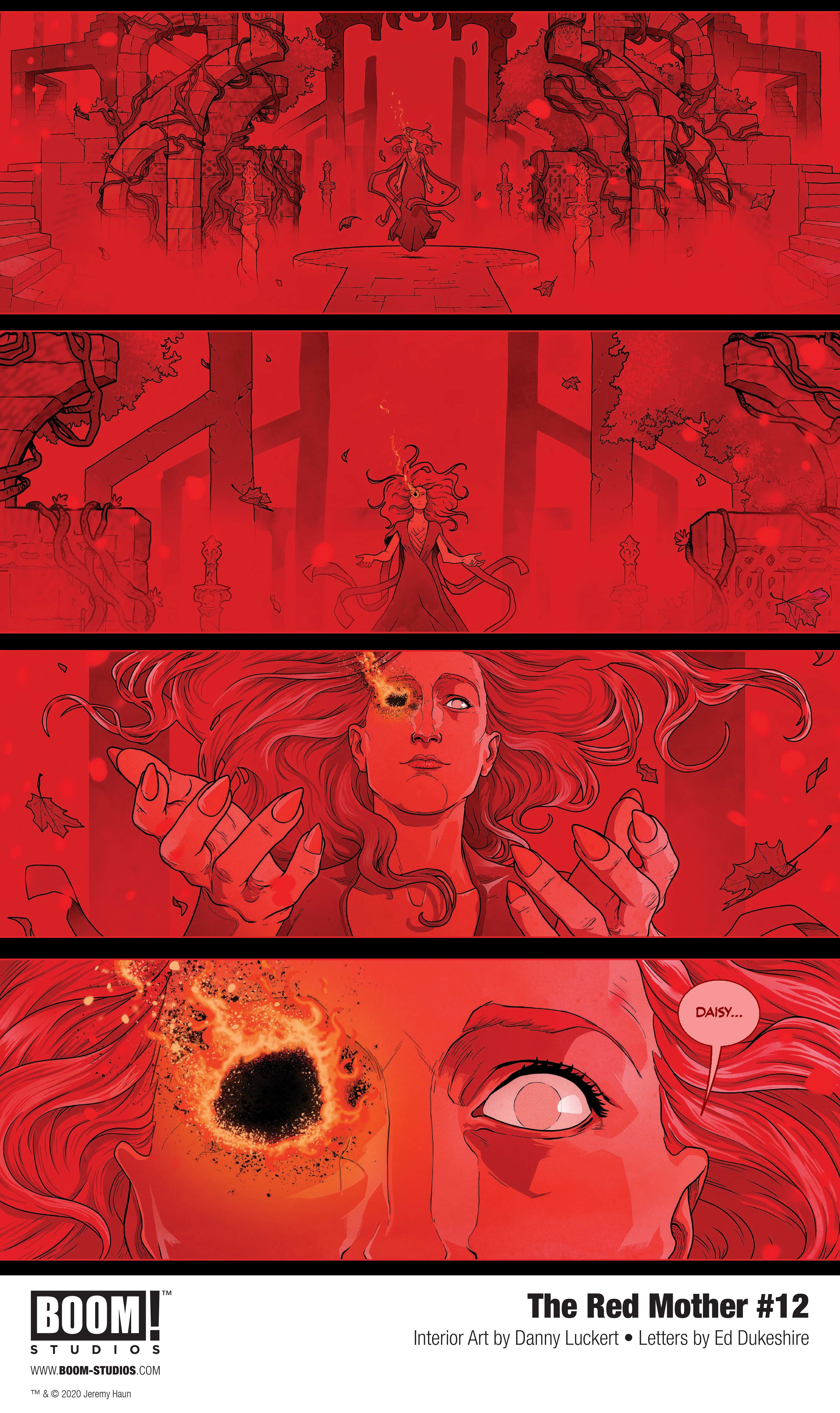 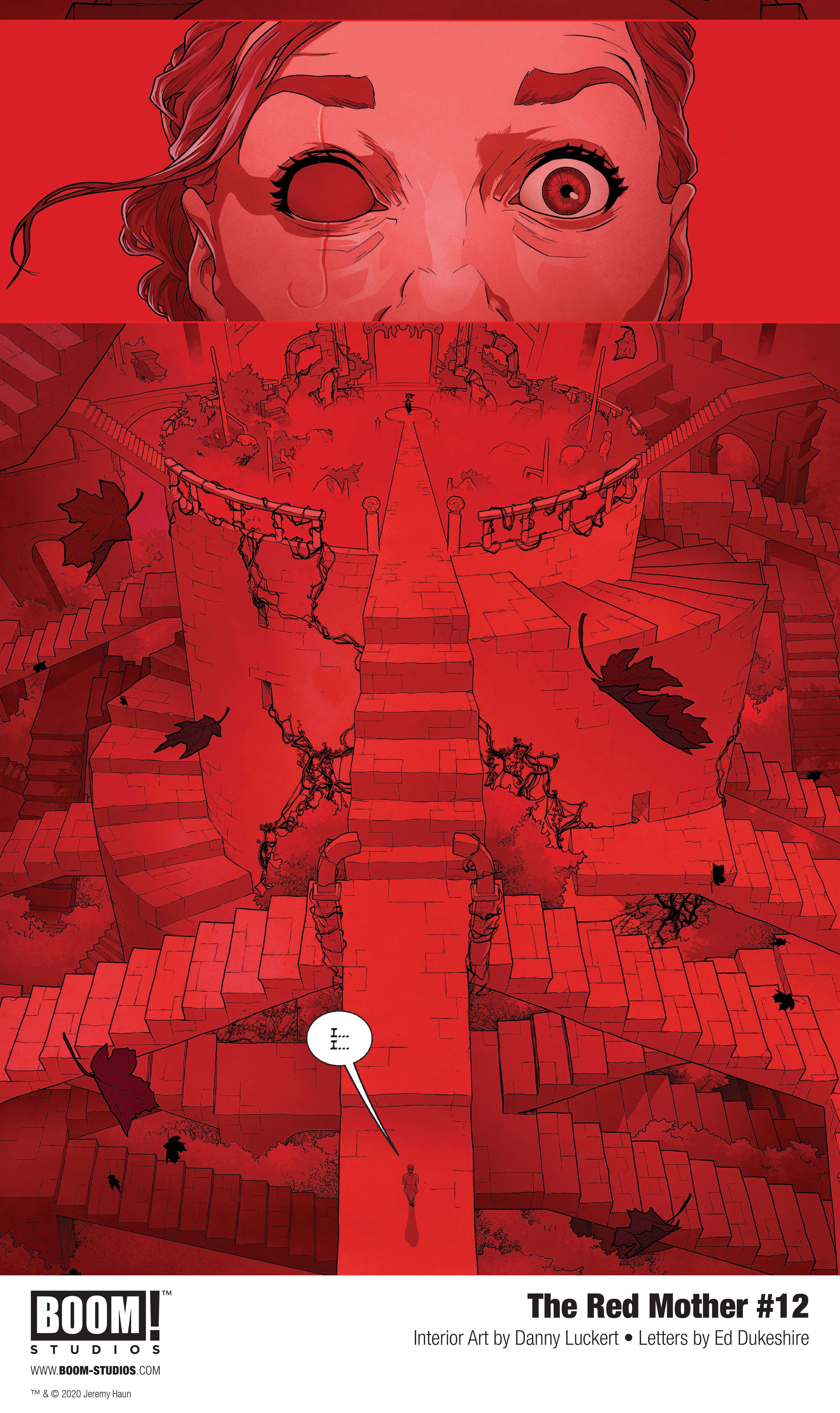 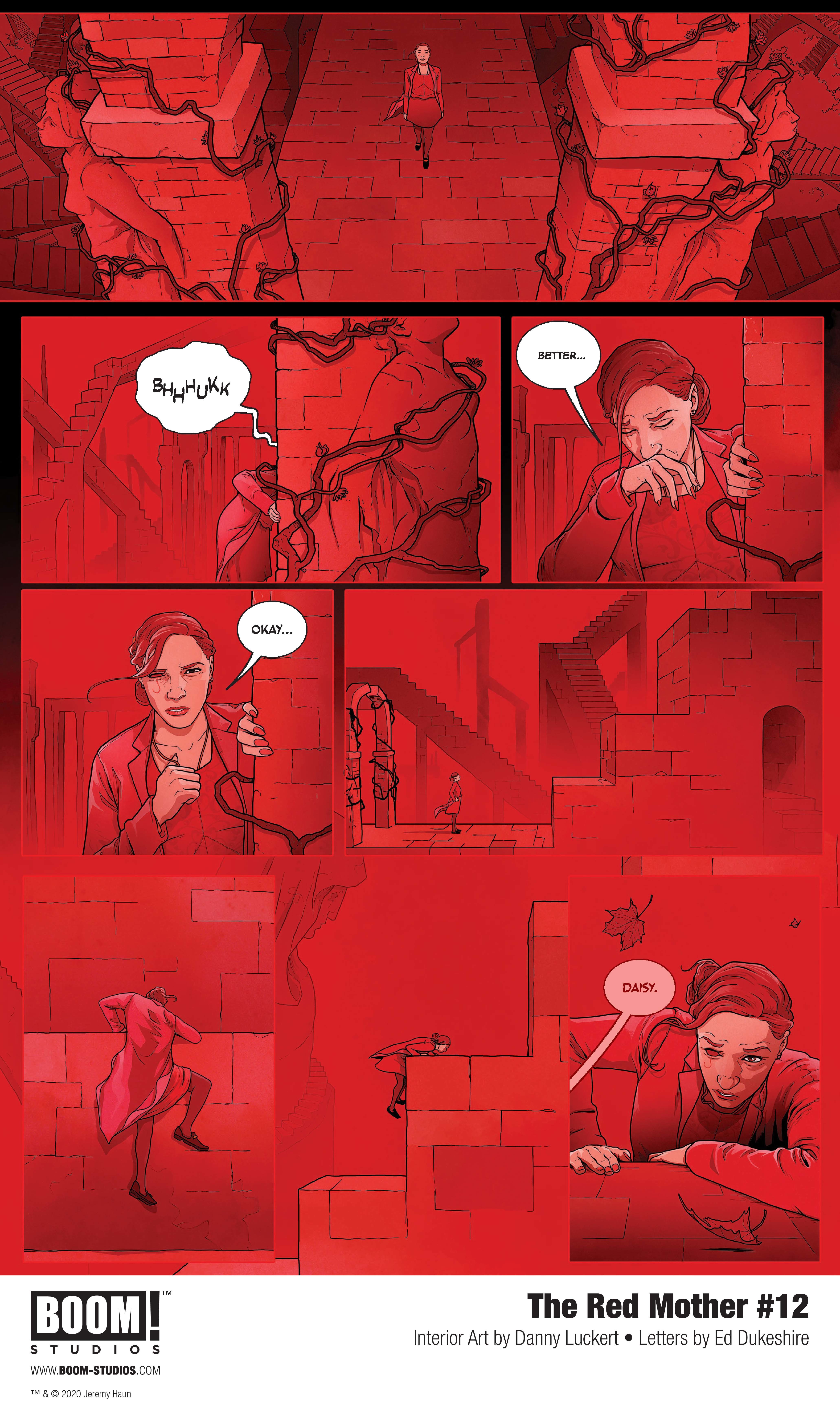 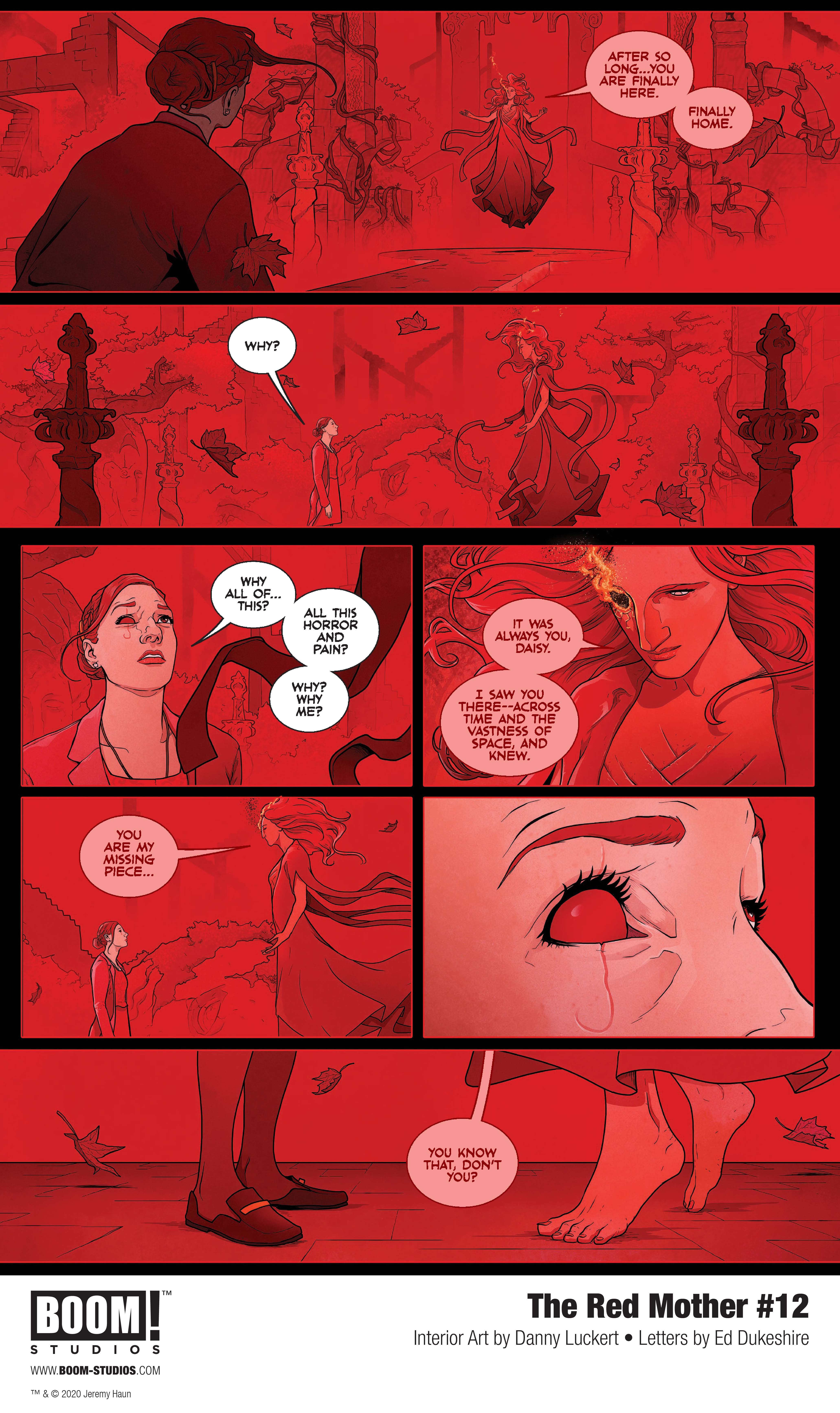 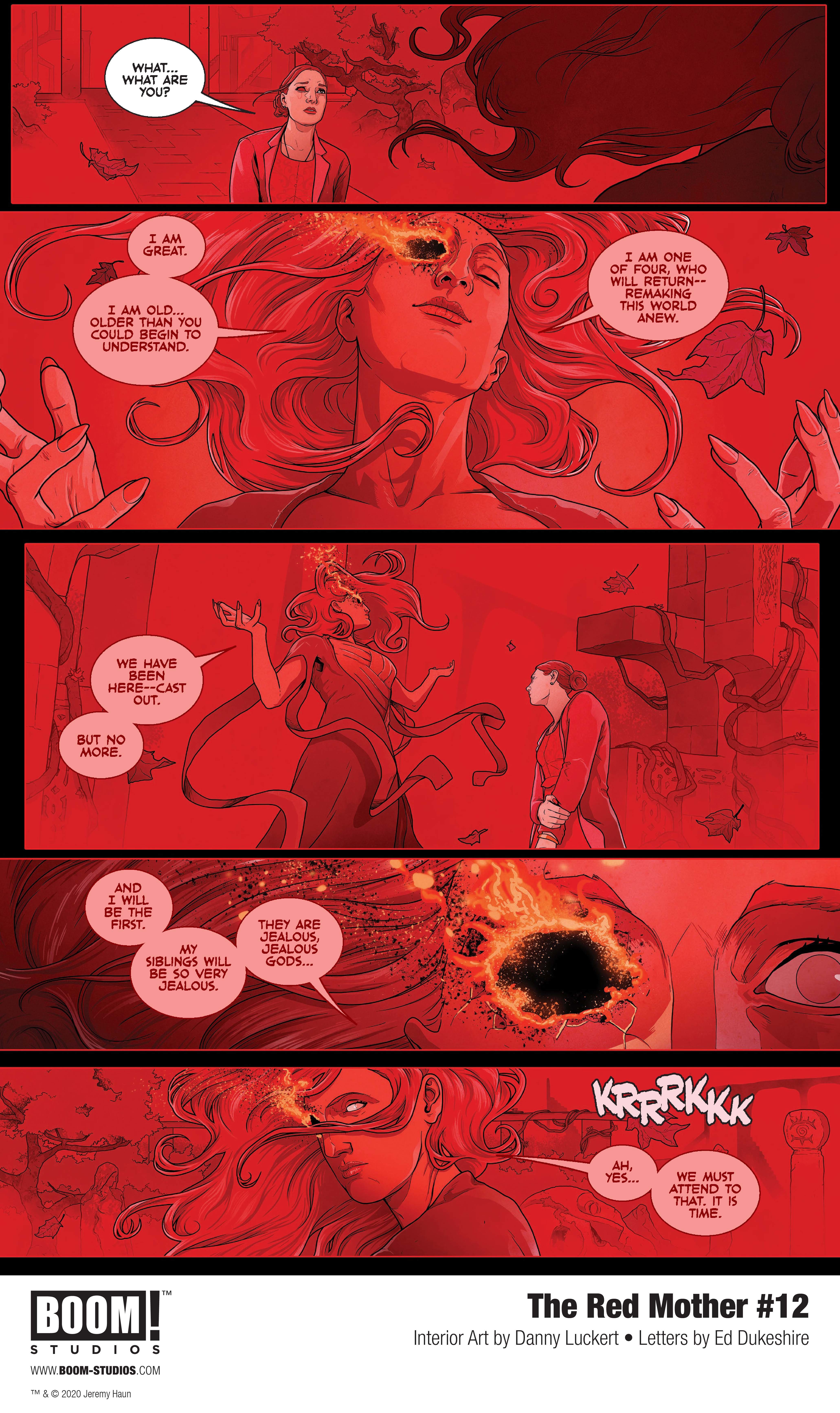