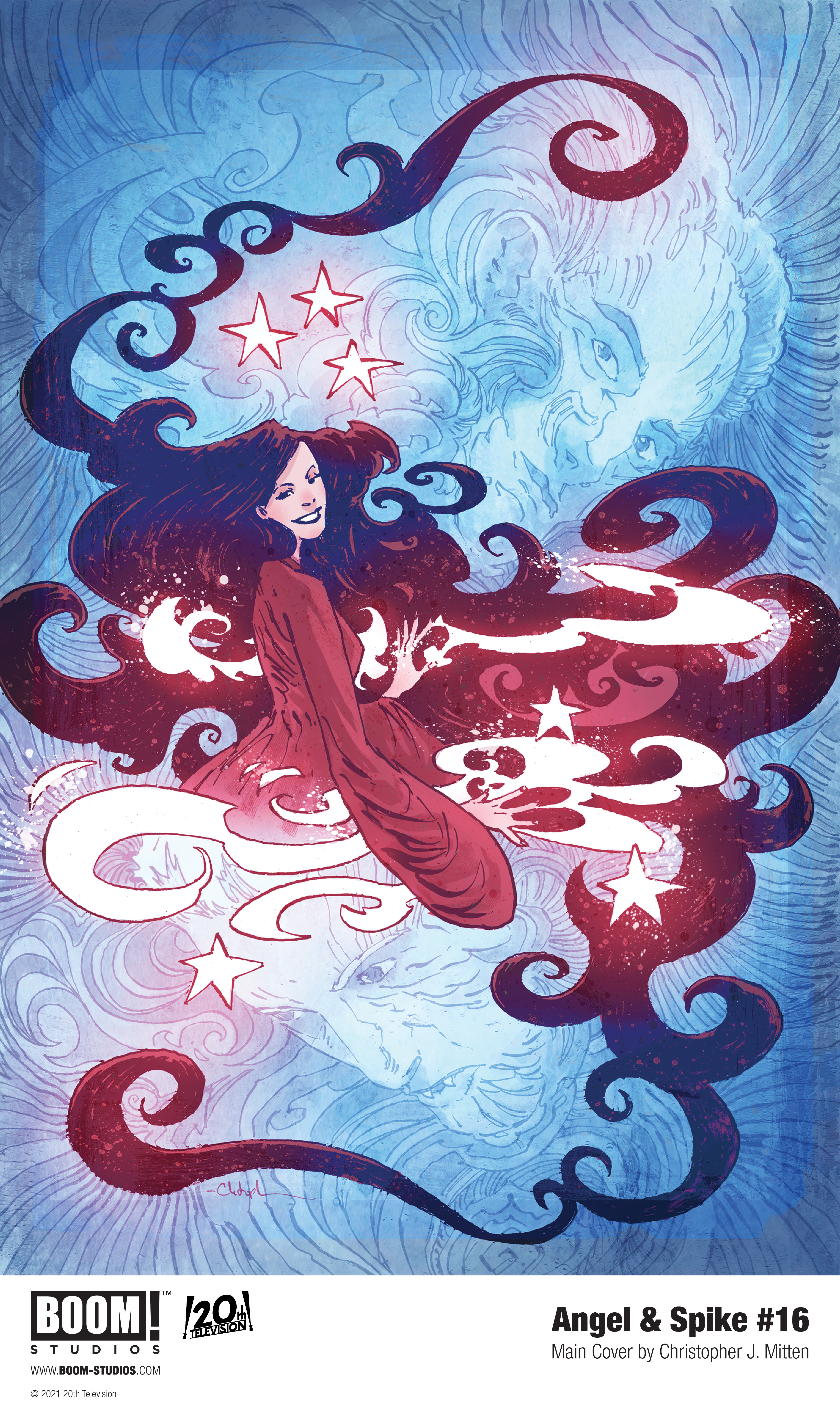 In the series finale, Team Angel – or Team Spike, no one can agree – must work with the werewolf Oz if they’re going to save the day. Meanwhile, Fred discovers her true power and a mysterious new connection to another universe (or universes!) where she and her friends have a scarily close relationship with Wolfram & Hart…

Print copies of ANGEL & SPIKE #16 will be available for sale on November 25, 2020 exclusively at local comic book shops (use comicshoplocator.com to find the nearest one). Digital copies can be purchased from content providers, including comiXology, iBooks, Google Play, and Madefire. 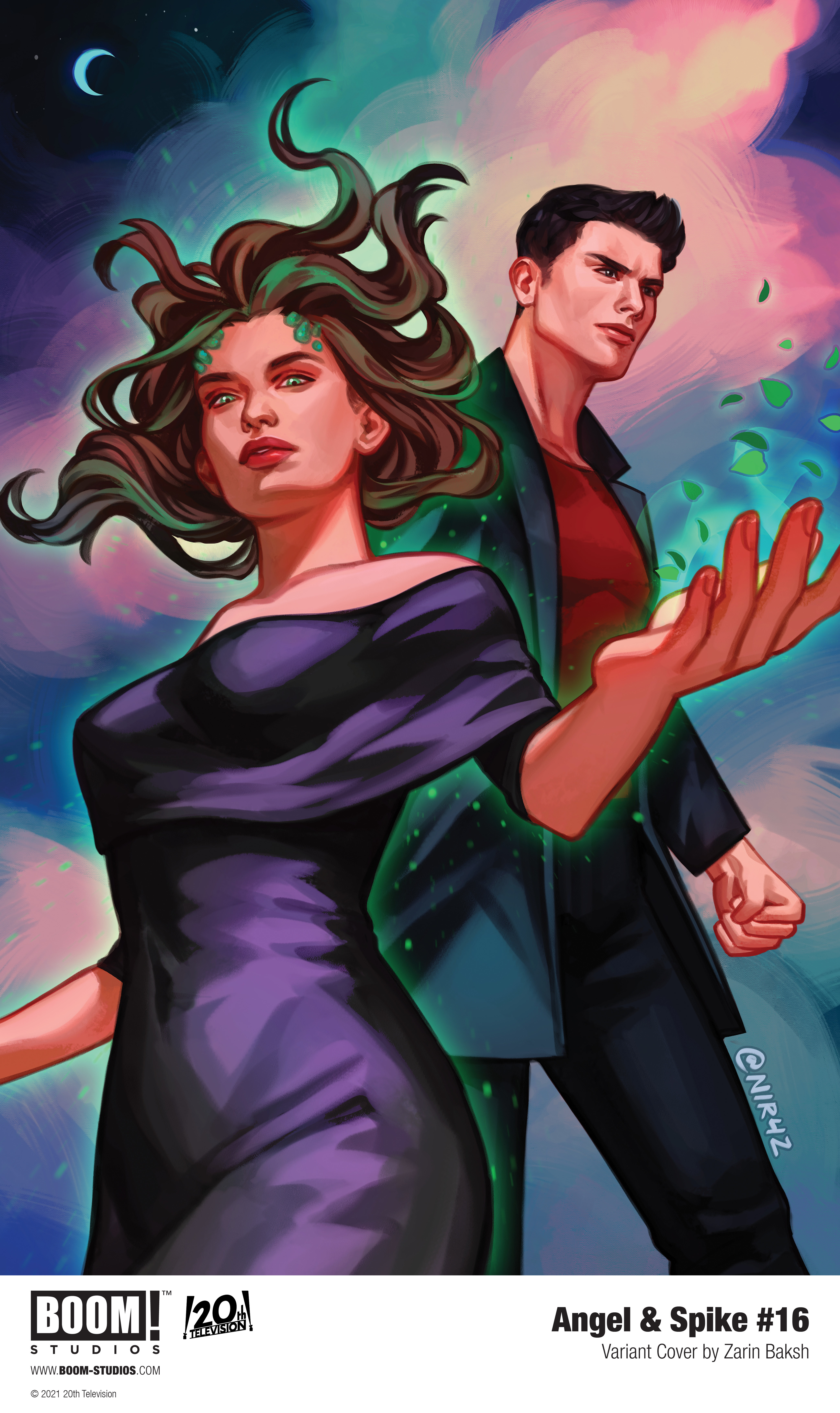 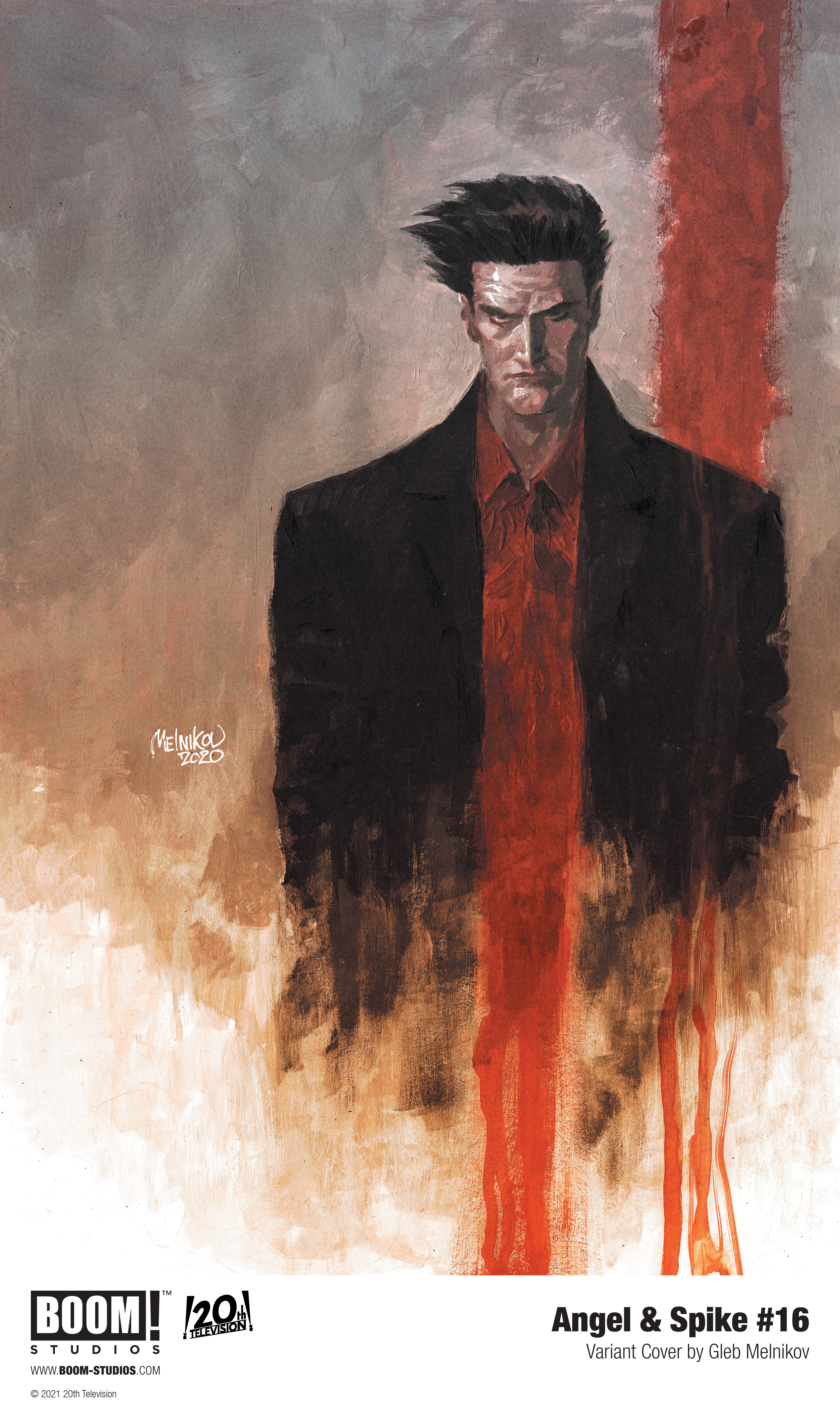 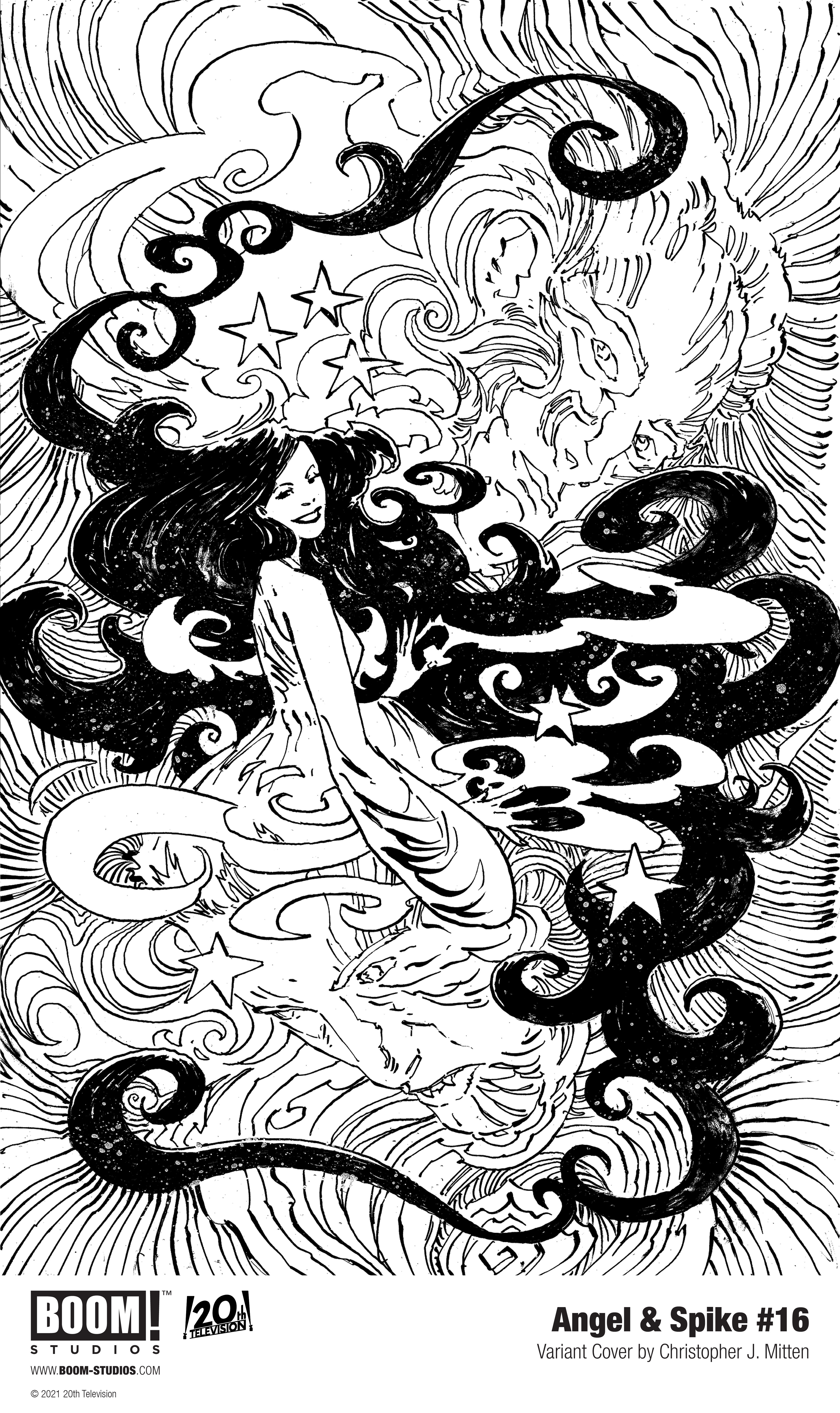