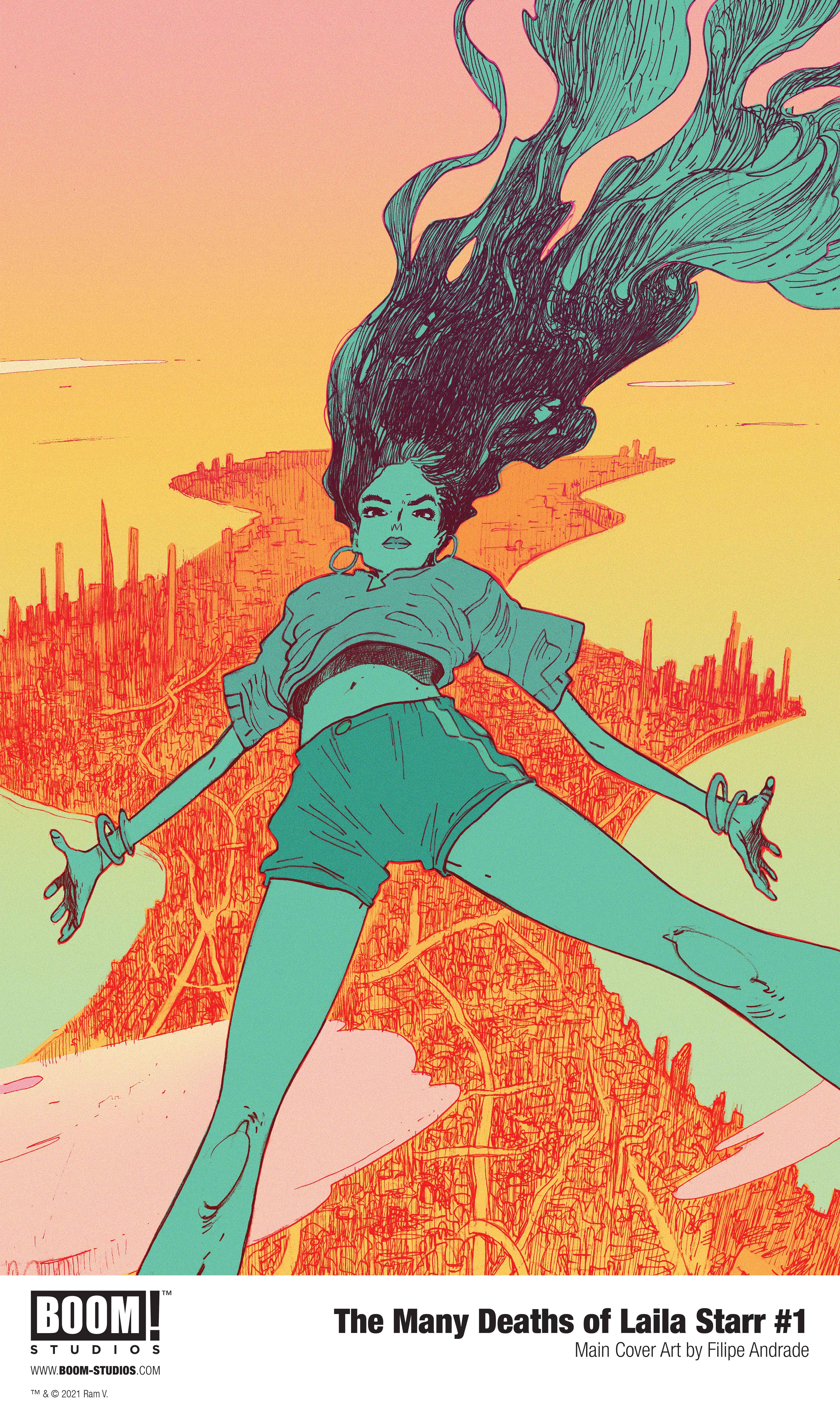 With humanity on the verge of discovering immortality, the avatar of Death is fired and relegated to the world below to live out her now-finite days in the body of twenty-something Laila Starr in Mumbai. Struggling with her newfound mortality, Laila hatches a plan and soon discovers a way to be placed at the time and location where the creator of immortality will be born . . . But will Laila take her chance to permanently reverse the course of (future) history, or does a more shocking fate await her within the coils of mortal existence?

THE MANY DEATHS OF LAILA STARR is the newest release from BOOM! Studios’ eponymous imprint, home to critically acclaimed original series, including BRZRKR by Keanu Reeves, Matt Kindt, and Ron Garney; We Only Find Them When They’re Dead by Al Ewing and Simone Di Meo; Seven Secrets by Tom Taylor and Daniele Di Nicuolo; Something is Killing the Children by James Tynion IV and Werther Dell’Edera; Once & Future by Kieron Gillen and Dan Mora; Faithless by Brian Azzarello and Maria Llovet; and Abbott by Saladin Ahmed and Sami Kivelä. The imprint also publishes popular licensed properties, including Dune: House Atreides from Brian Herbert, Kevin J. Anderson, and Dev Pramanik; Mighty Morphin and Power Rangers from Ryan Parrott, Marco Renna, and Francesco Mortarino; and the upcoming Magic series by Jed MacKay and Ig Guara.

Print copies of THE MANY DEATHS OF LAILA STARR #1 will be available for sale on April 14, 2021 exclusively at local comic book shops (use comicshoplocator.comto find the nearest one) or at the BOOM! Studios webstore. Digital copies can be purchased from content providers, including comiXology, iBooks, Google Play, and Madefire. 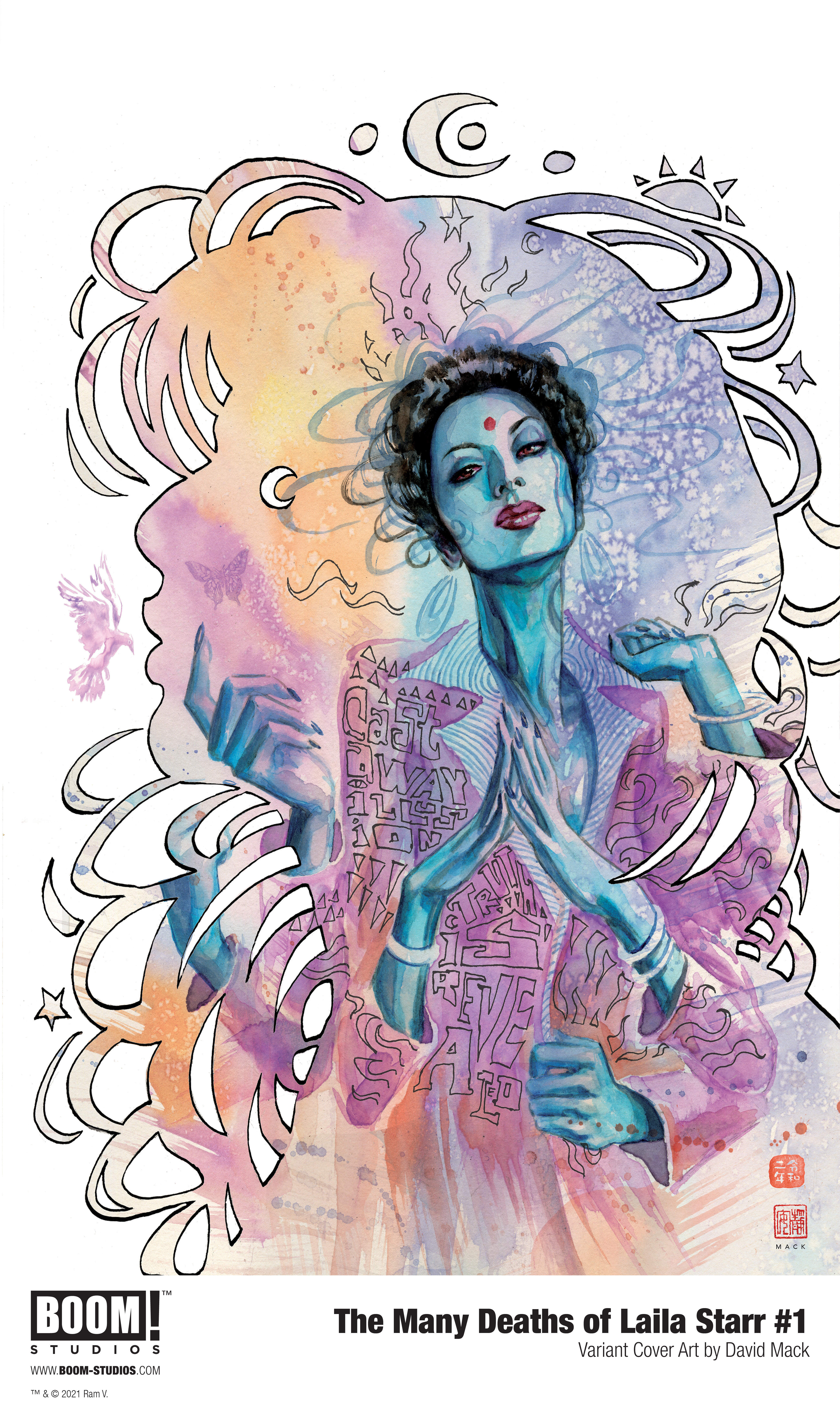 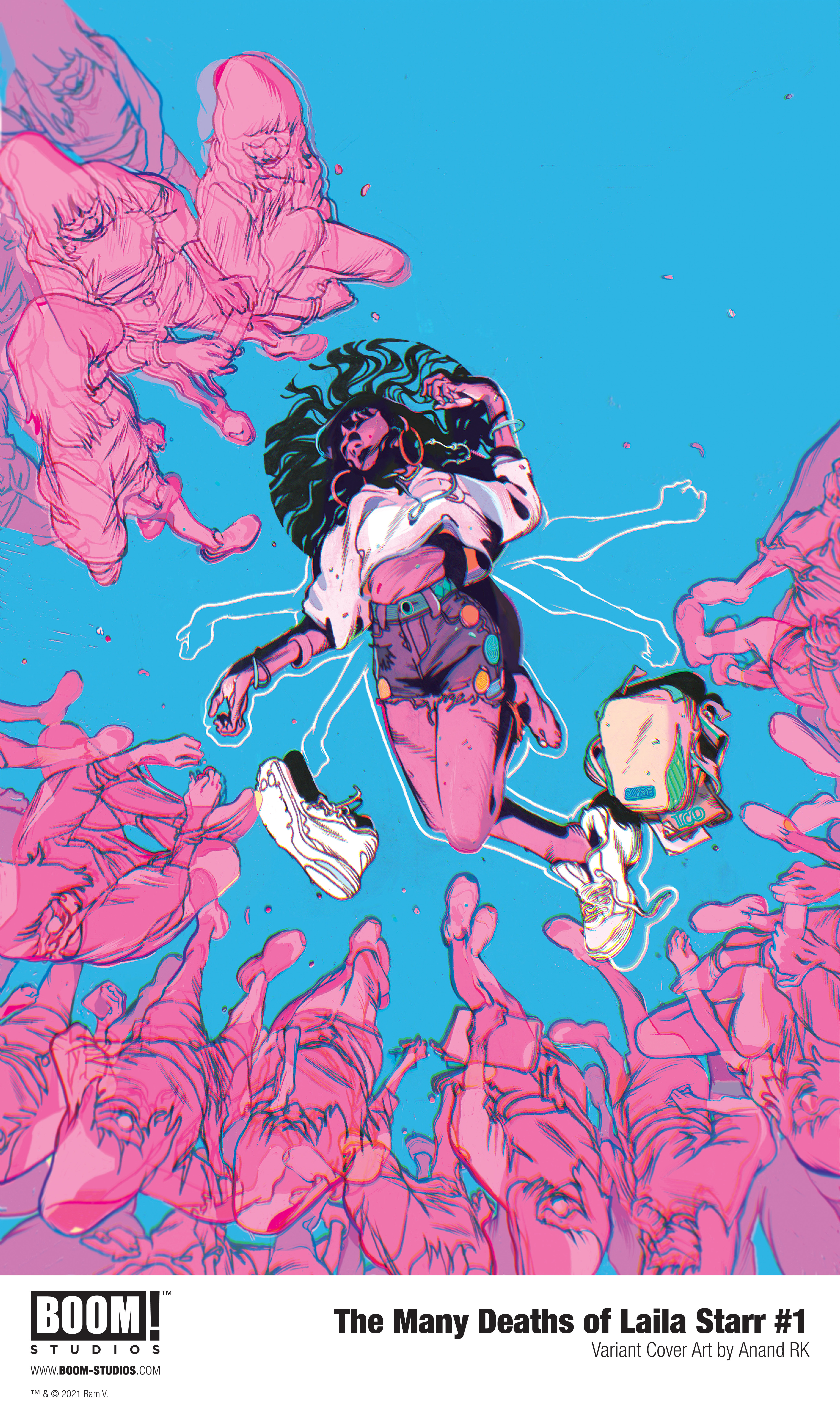 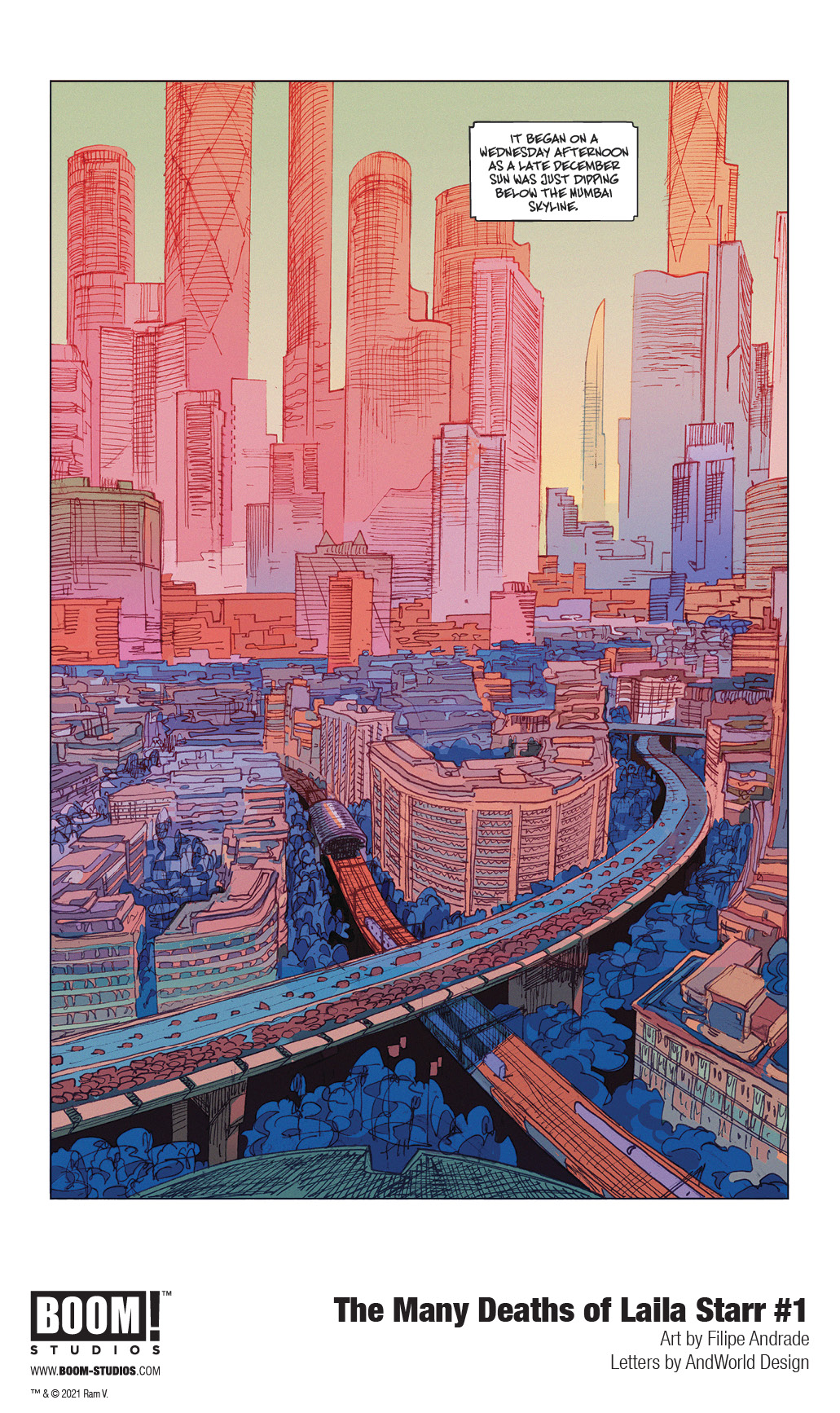 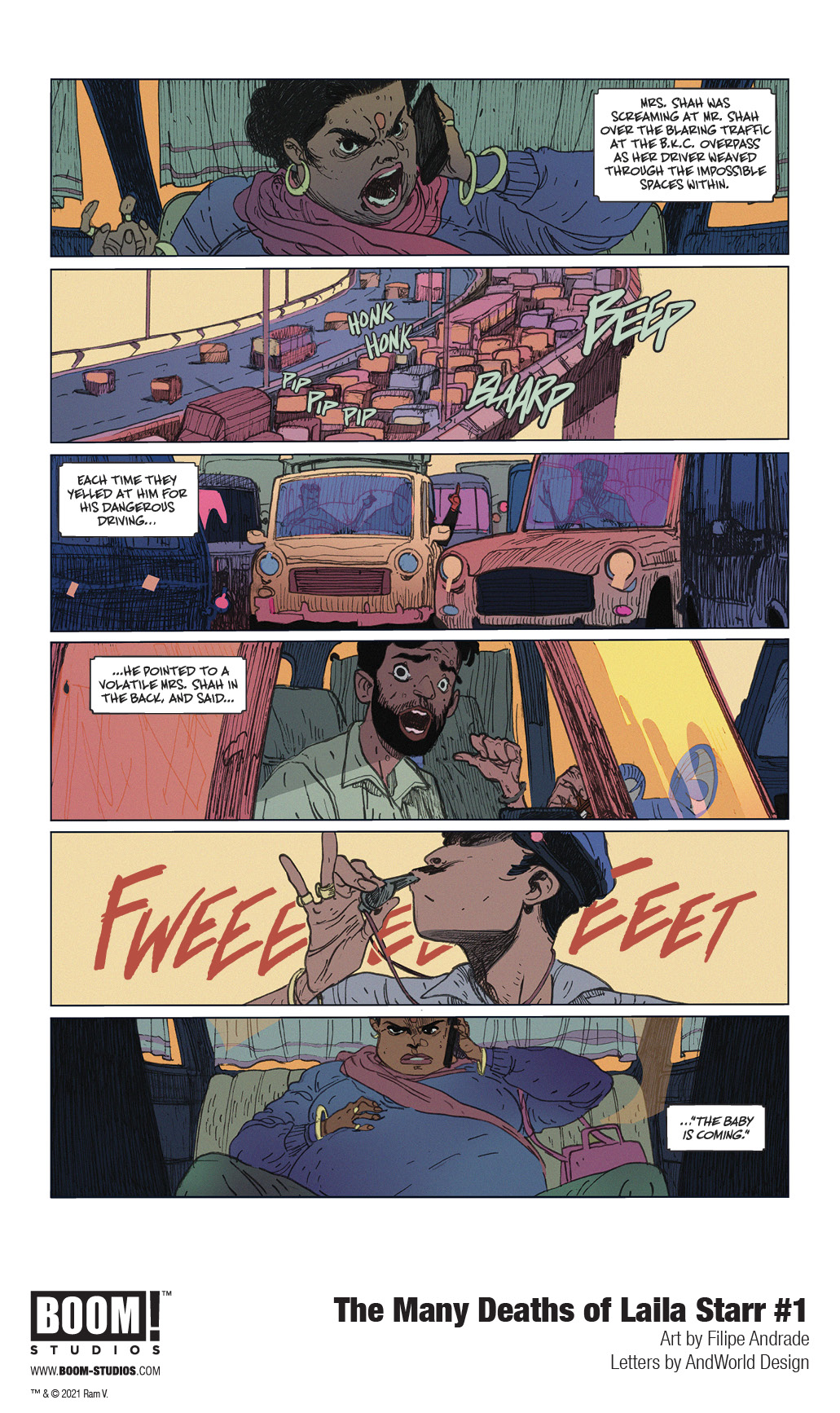 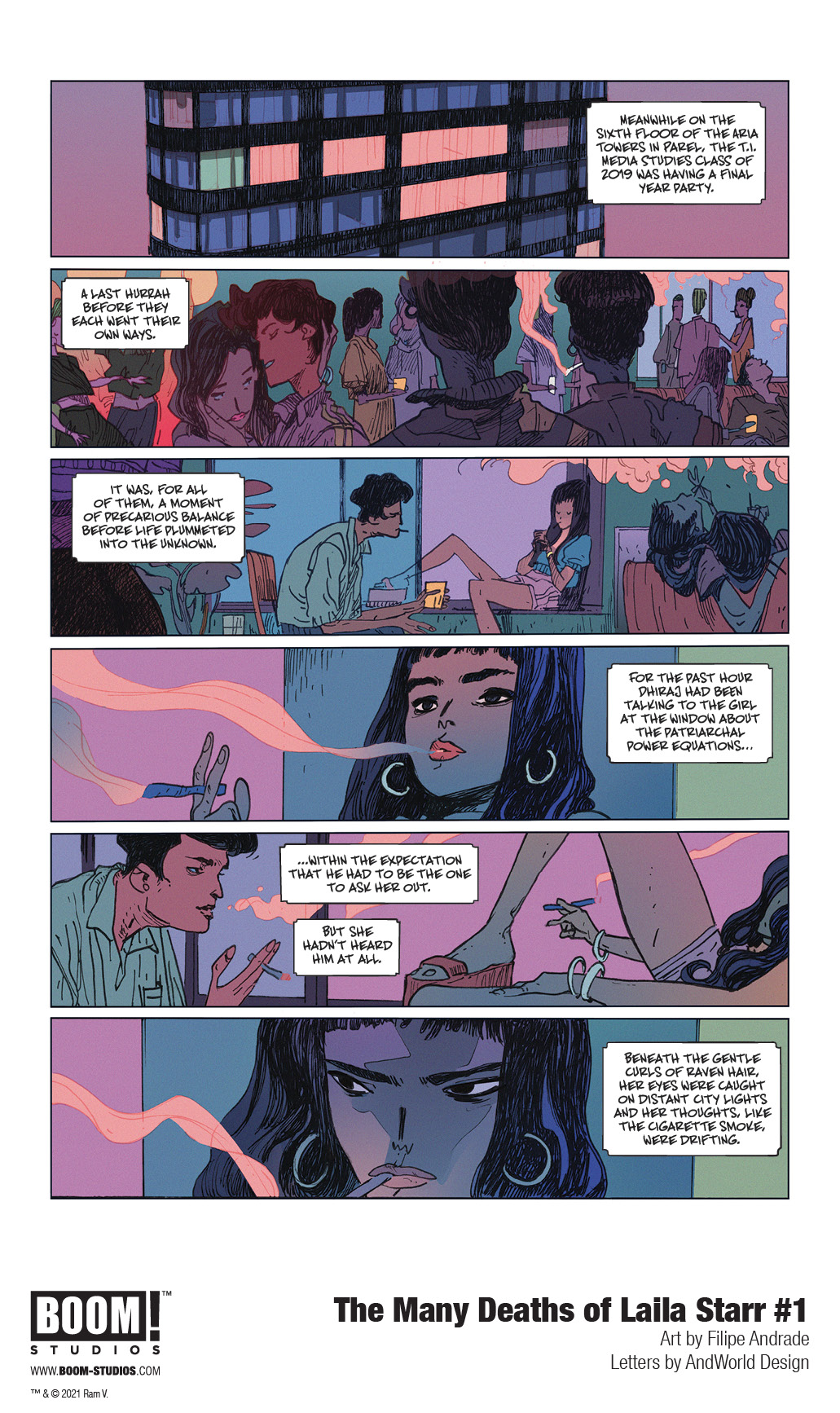 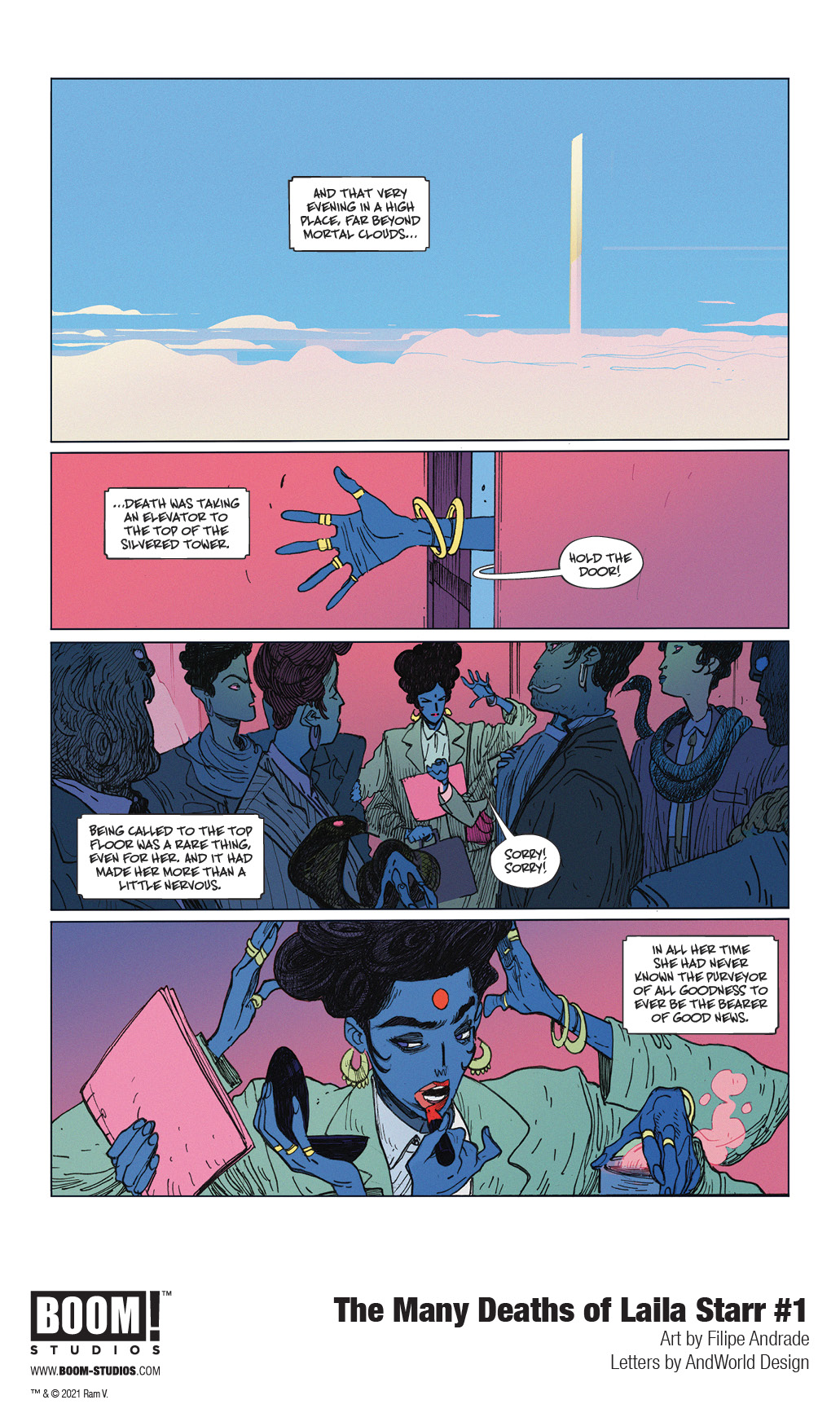 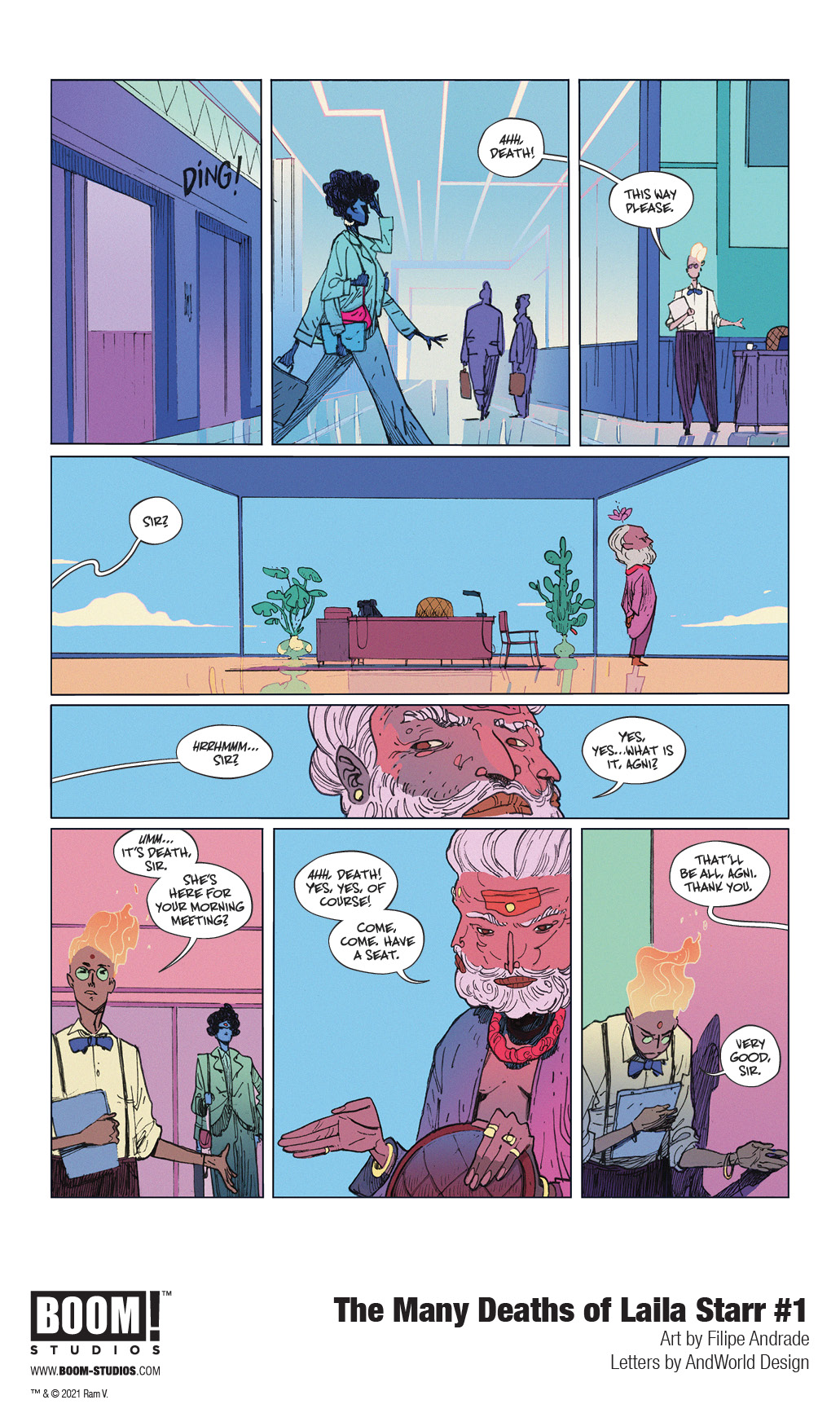