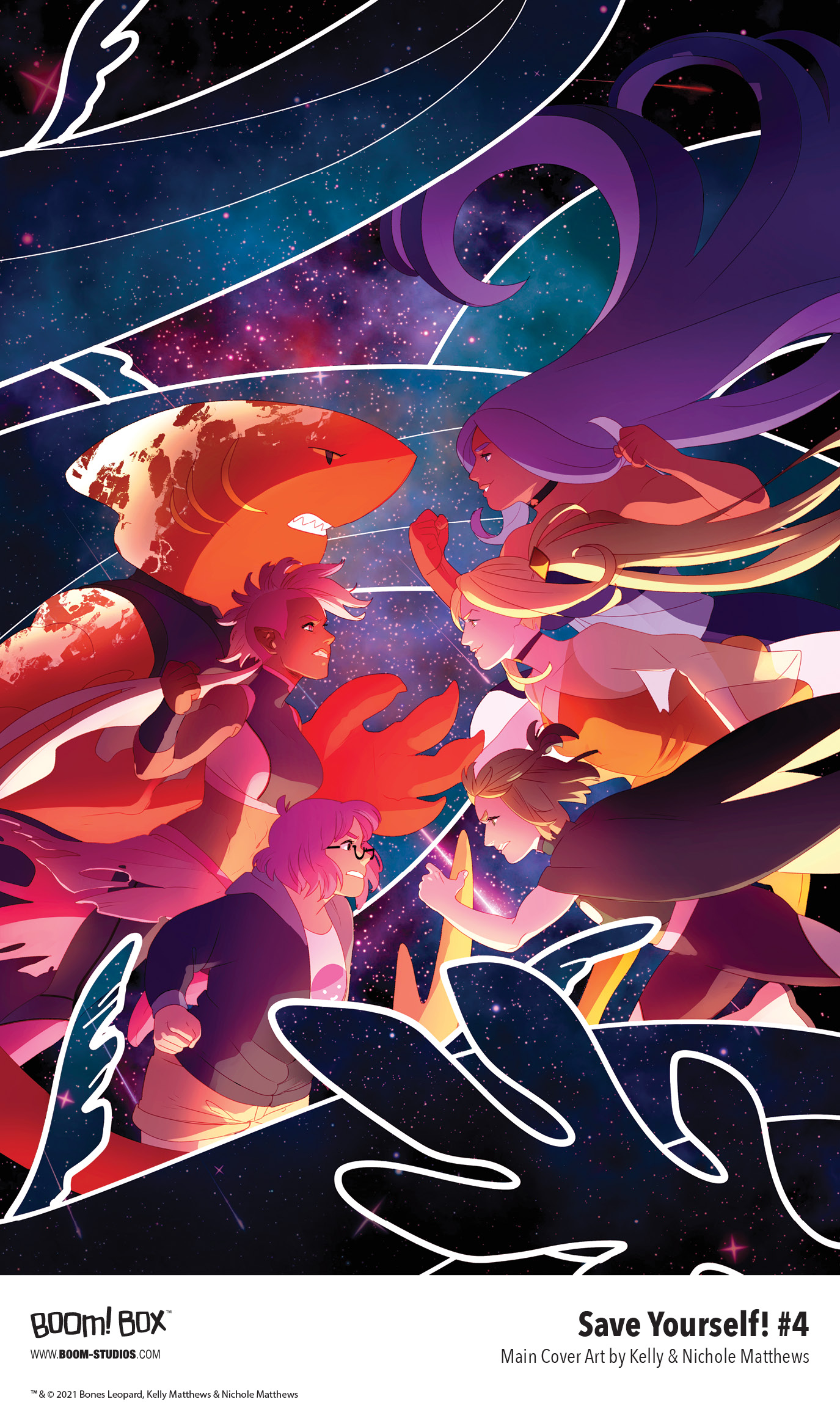 LOS ANGELES, CA (August 24, 2021) –  BOOM! Studios today revealed a first look at SAVE YOURSELF! #4, the final issue in a truly magical four-issue original series from the team behind Pandora’s Legacy, writer Bones Leopard (Identical), artists Kelly & Nichole Matthews (Just Beyond), and letterer Jim Campbell, that’s perfect for fans who grew up loving magical girls and are ready to step up and save the world, no matter who they have to face, available in September 2021.

Will Gigi win hearts, minds, and more importantly—the final battle? Though Shawn, Commander Sef, and Gigi weren’t in the peril that Mia feared they were, there’s still Aoe to deal with, and they’re not going to be captured without a fight! But Aoe is just part of the problem. Did enough of Earth’s population witness Gigi’s livestream to expose the Lovely Trio for the villains they truly are?

SAVE YOURSELF! #4 features main and variant cover art by series artists Kelly & Nichole Matthews, as well as a Magical Girl variant cover by acclaimed director and artist Stephanie Gonzaga (Ducktales).

Print copies of SAVE YOURSELF! #4 will be available for sale on September 15, 2021 exclusively at local comic book shops (use comicshoplocator.com to find the nearest one) or at the BOOM! Studios webstore. Digital copies can be purchased from content providers, including comiXology, iBooks, Google Play, and Kindle. Readers can purchase SAVE YOURSELF! SC, collecting the complete four-issue series, at local comic shops on March 2, 2022 and in bookstores everywhere March 8, 2022. 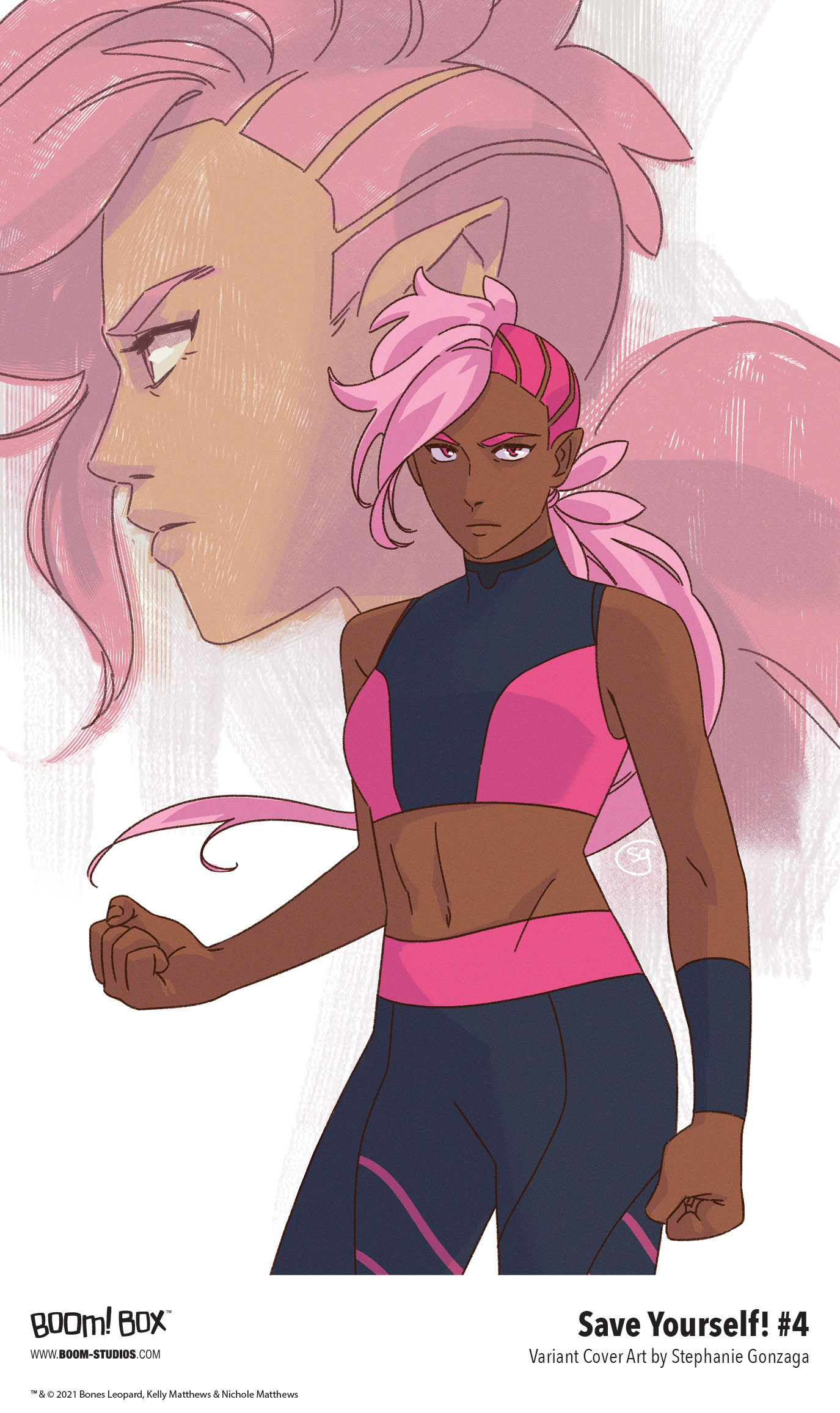 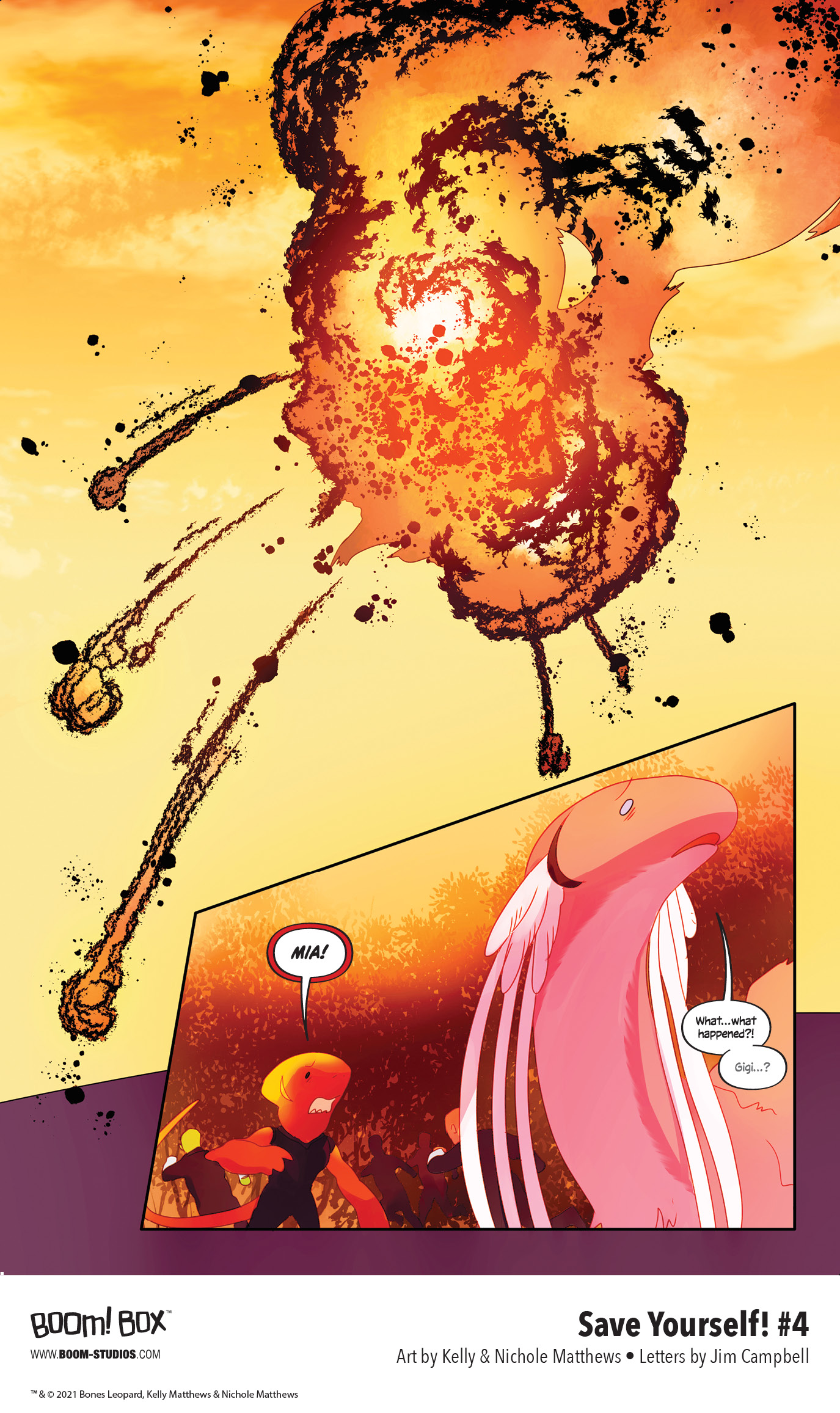 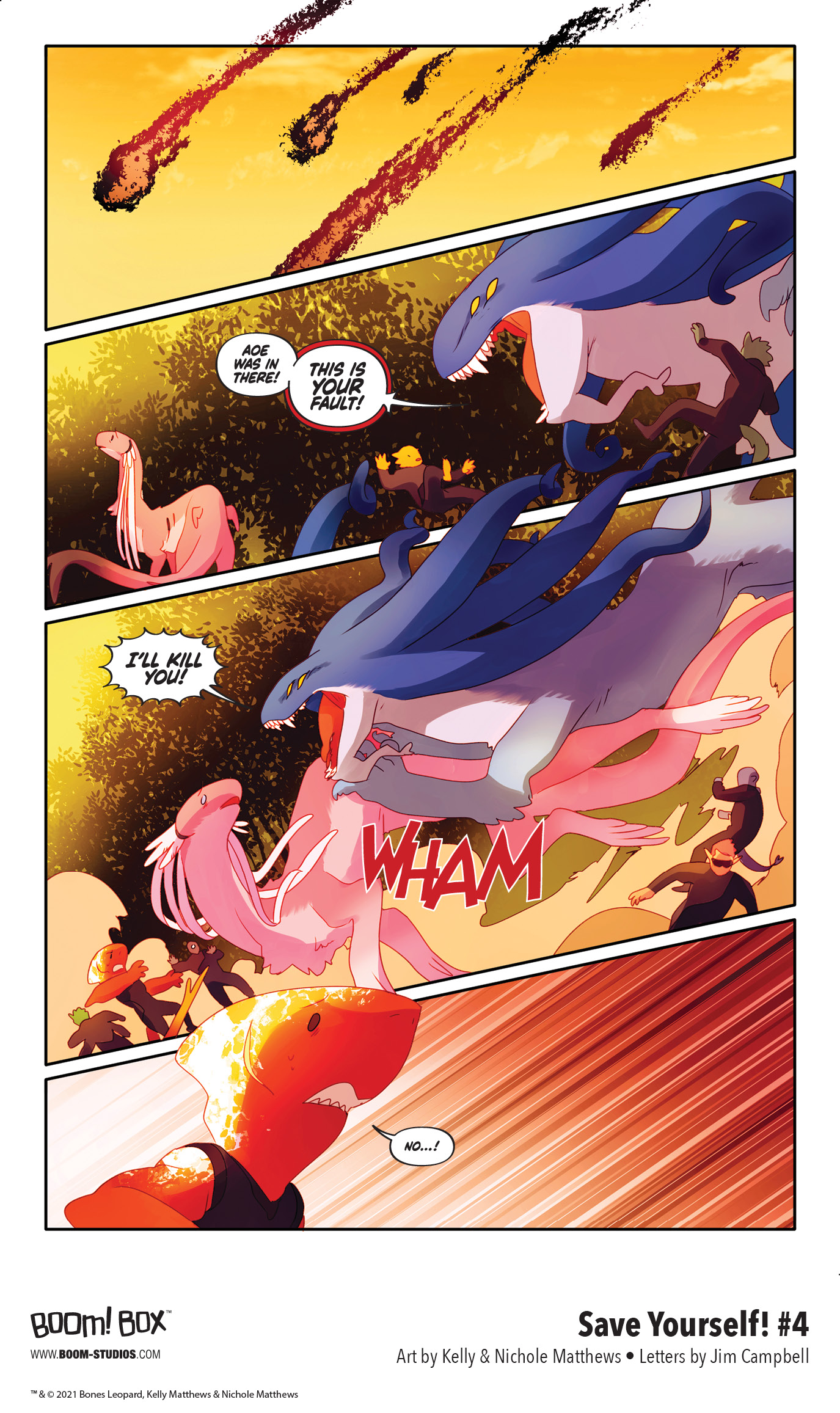 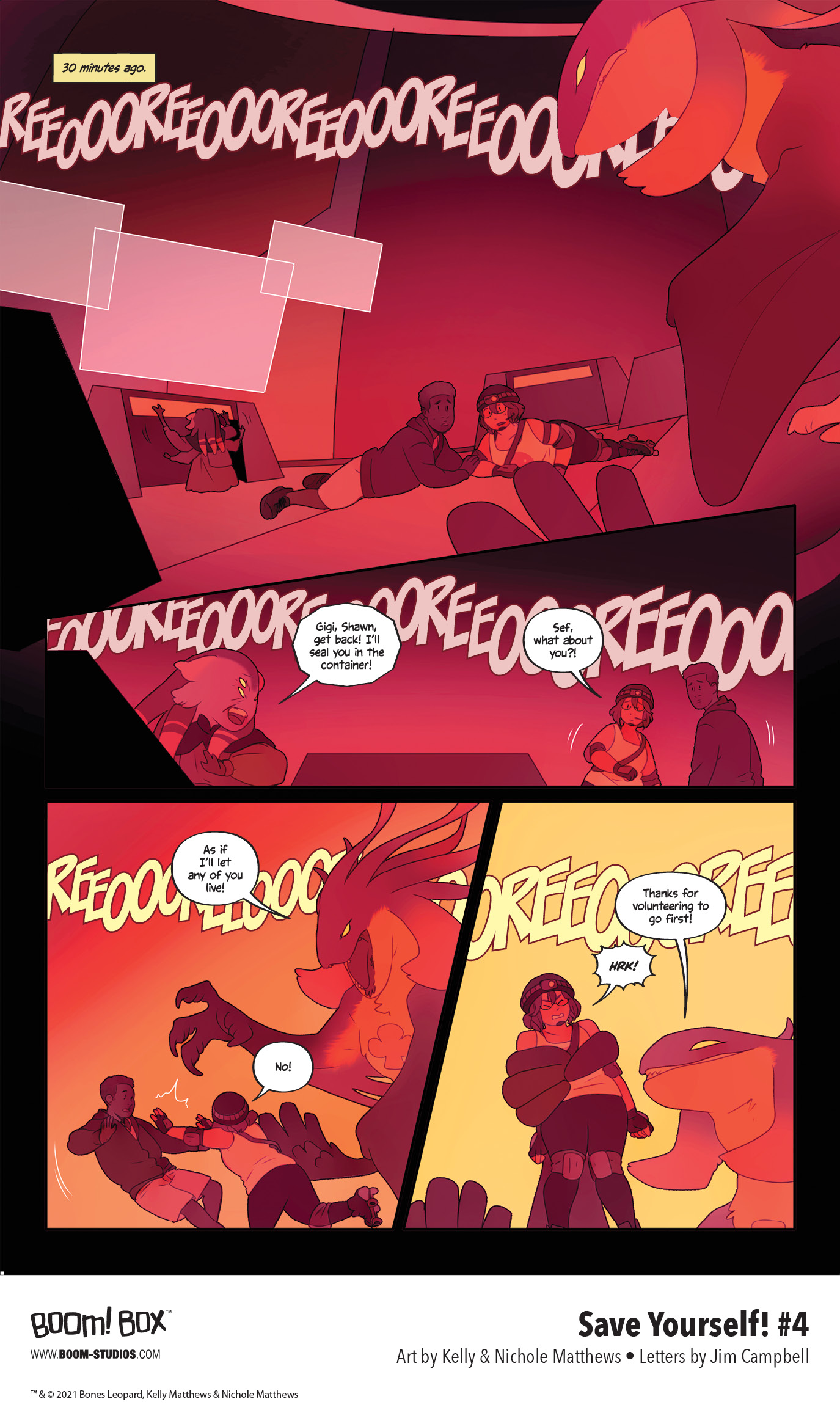 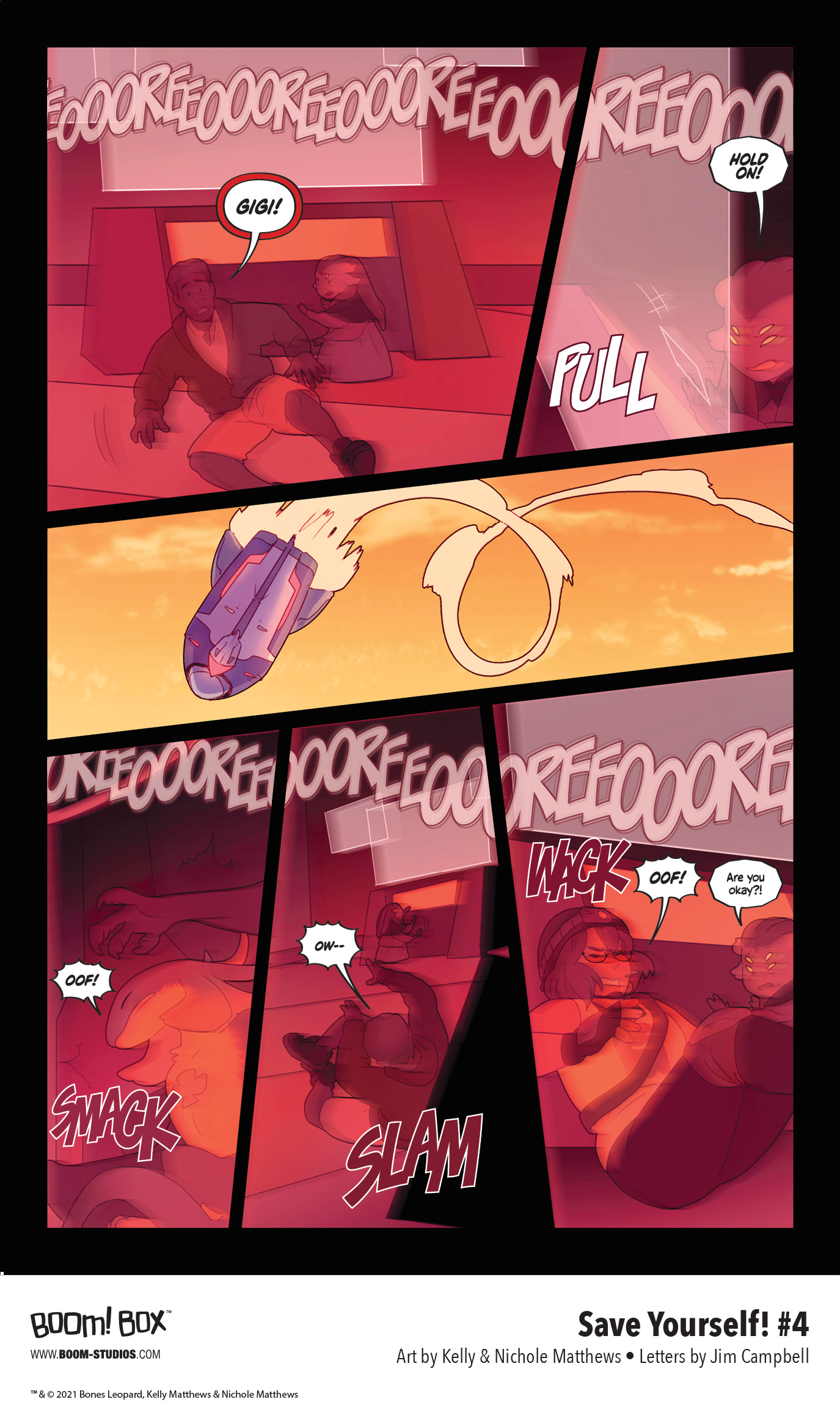 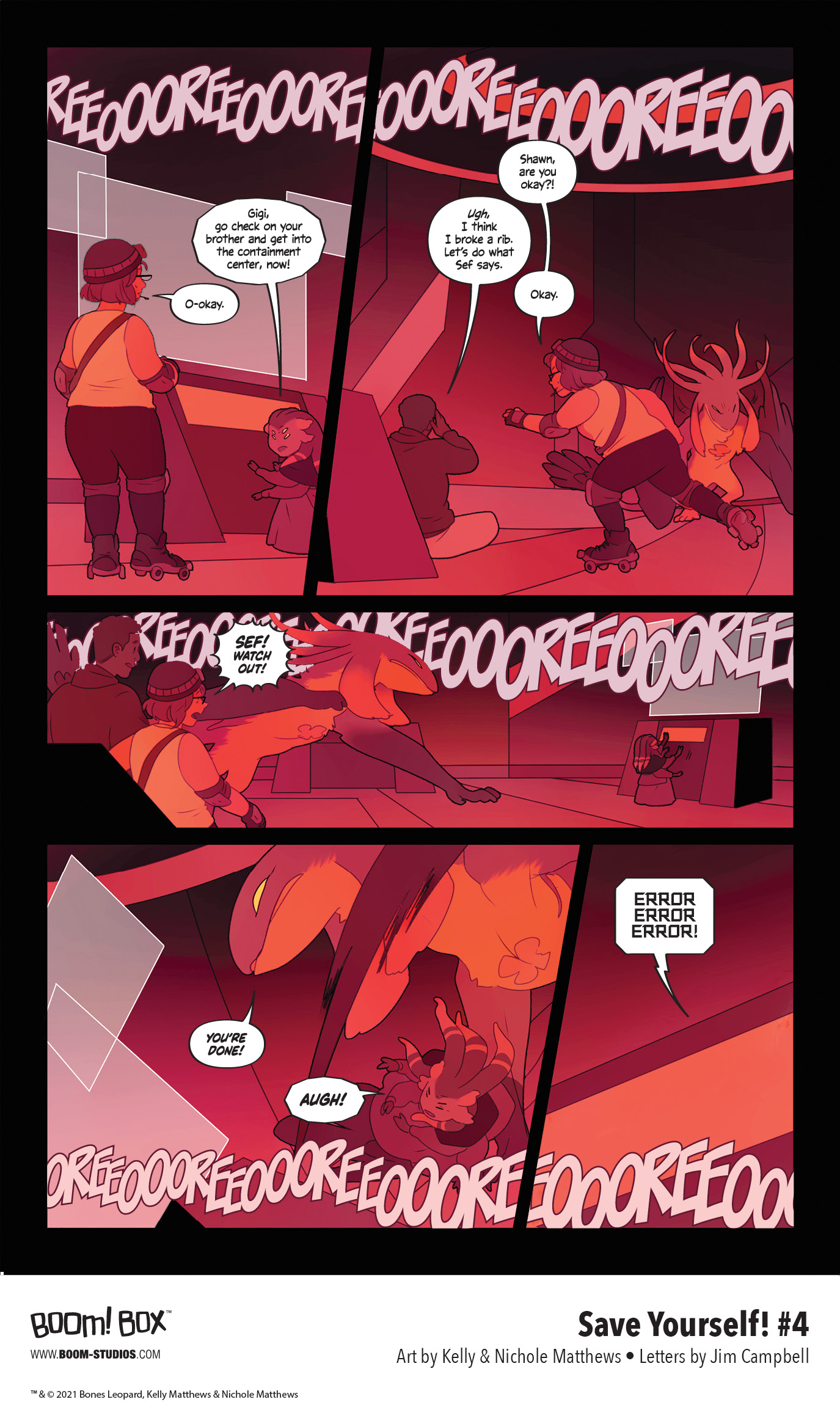