Discover Which Ultimate Fate  Awaits the ORCS . . . DEATH or GLORY in July 2021! 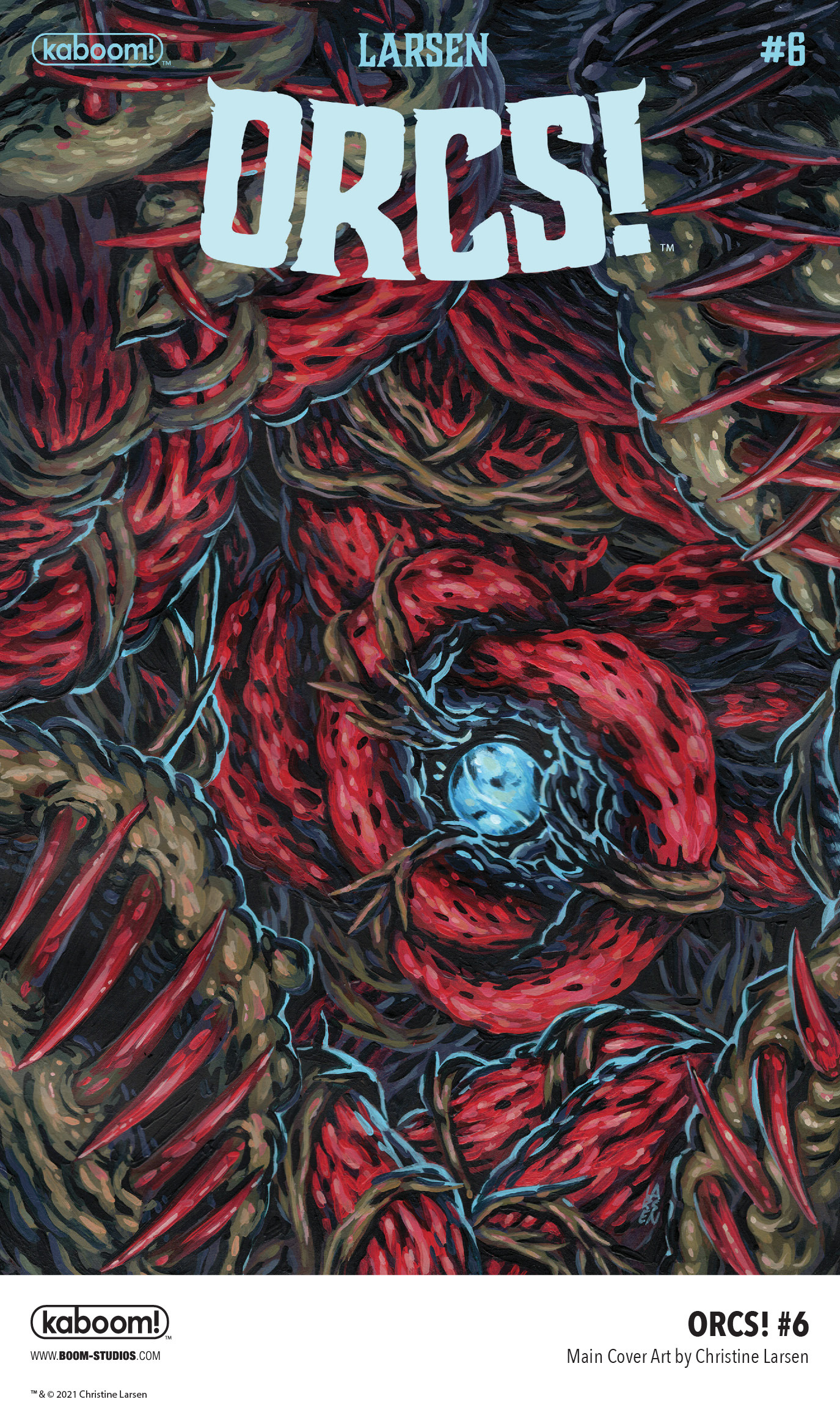 LOS ANGELES, CA (June 23, 2021) – BOOM! Studios today revealed a first look at ORCS! #6, the final issue in the delightfully riveting original six-issue comic book series, by cartoonist Christine Larsen (Adventure Time, By Night), about a band of misfit Orcs who set off into the great, wide Known World in search of glory and gold, but find that the real treasures were the friends they made along the way.

The ORCS! have found themselves at a mysterious door, but what lies beyond it? Is it destiny… or, uh, doom? With an ominous, ancient death temple looming above them, Bog, Zep, Pez, Utzu, and Gurh have a shot to score the haul that’ll let them pay their way home again! Or at least get payBACK (you know, revenge!) on the king who banished them!

Print copies of ORCS! #6 featuring main cover art by series artist Christine Larsen, as well as variant cover art by Sweeney Boo (Eat, And Love Yourself) and Qistina Khalidah (An Unkindness of Ravens), will be available for sale on July 14, 2021exclusively at local comic book shops (use comicshoplocator.com to find the nearest one) or at the BOOM! Studios webstore. Digital copies can be purchased from content providers, including comiXology, iBooks, Google Play, and Kindle.

Fans and readers can purchase copies of ORCS! SC, collecting the entire six-issue series, in local comic shops on November 17, 2021 and in bookstores everywhere on November 23, 2021.

For continuing news on ORCS! and more from BOOM! Studios, stay tuned to boom-studios.com and follow @boomstudios on Twitter. 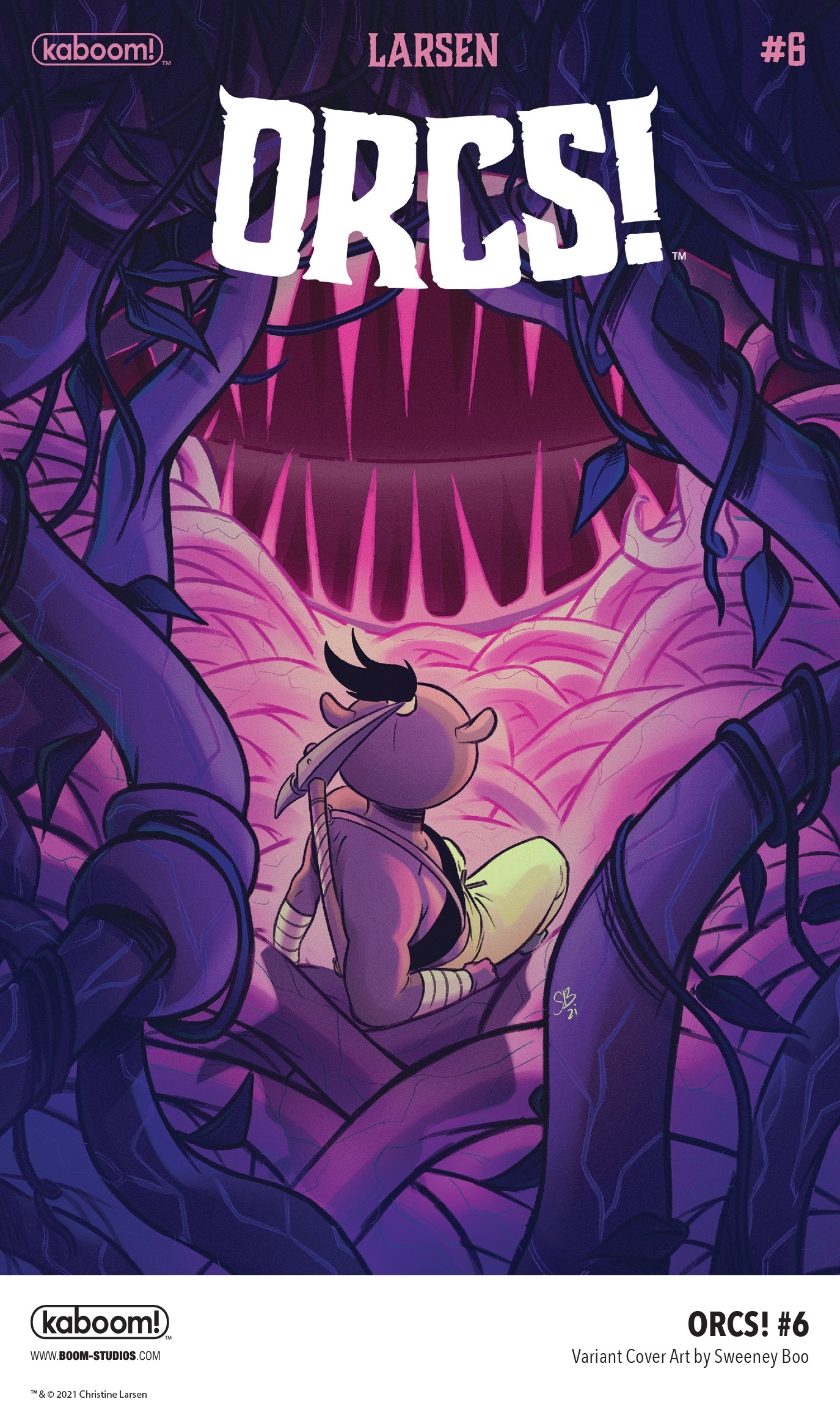 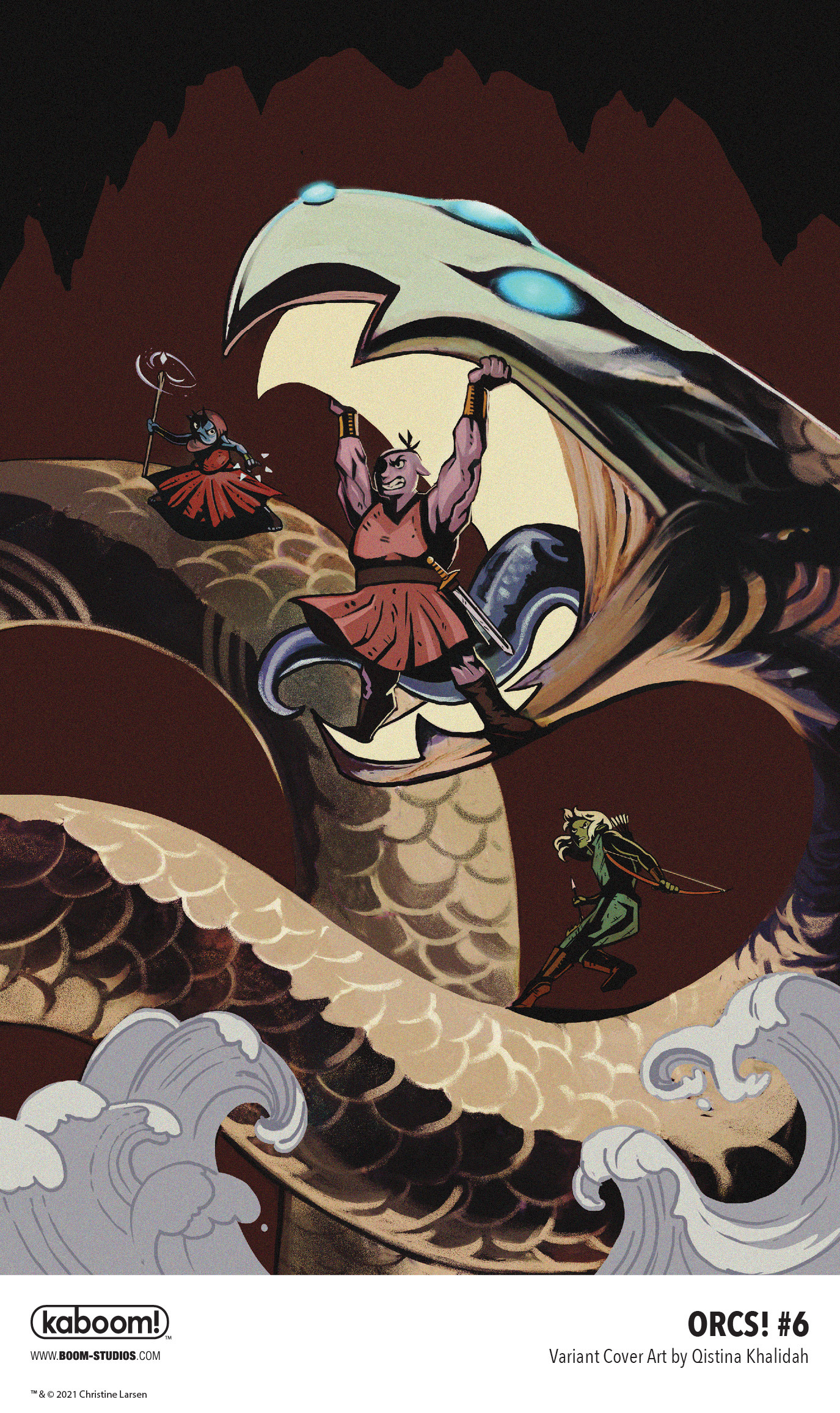 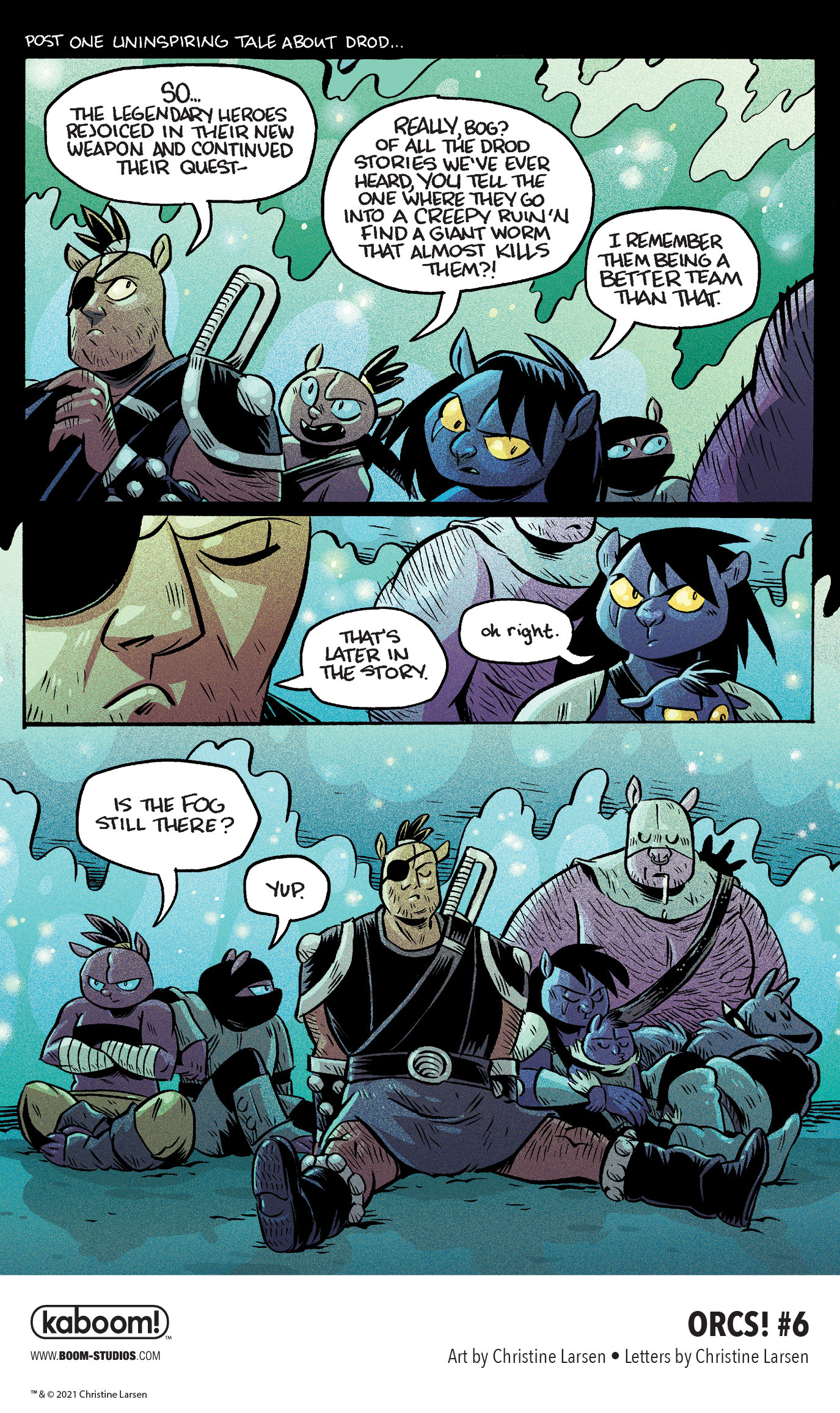 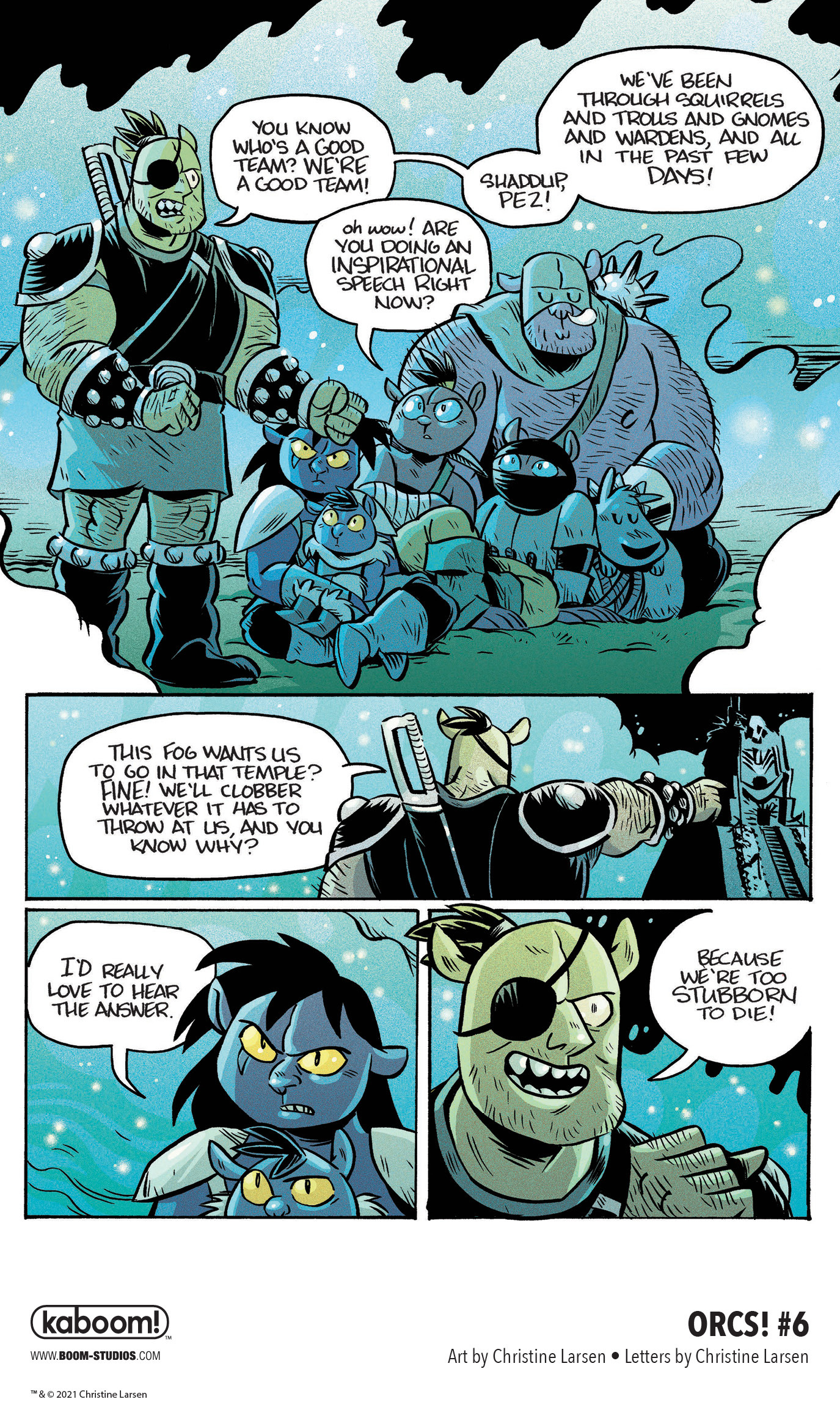 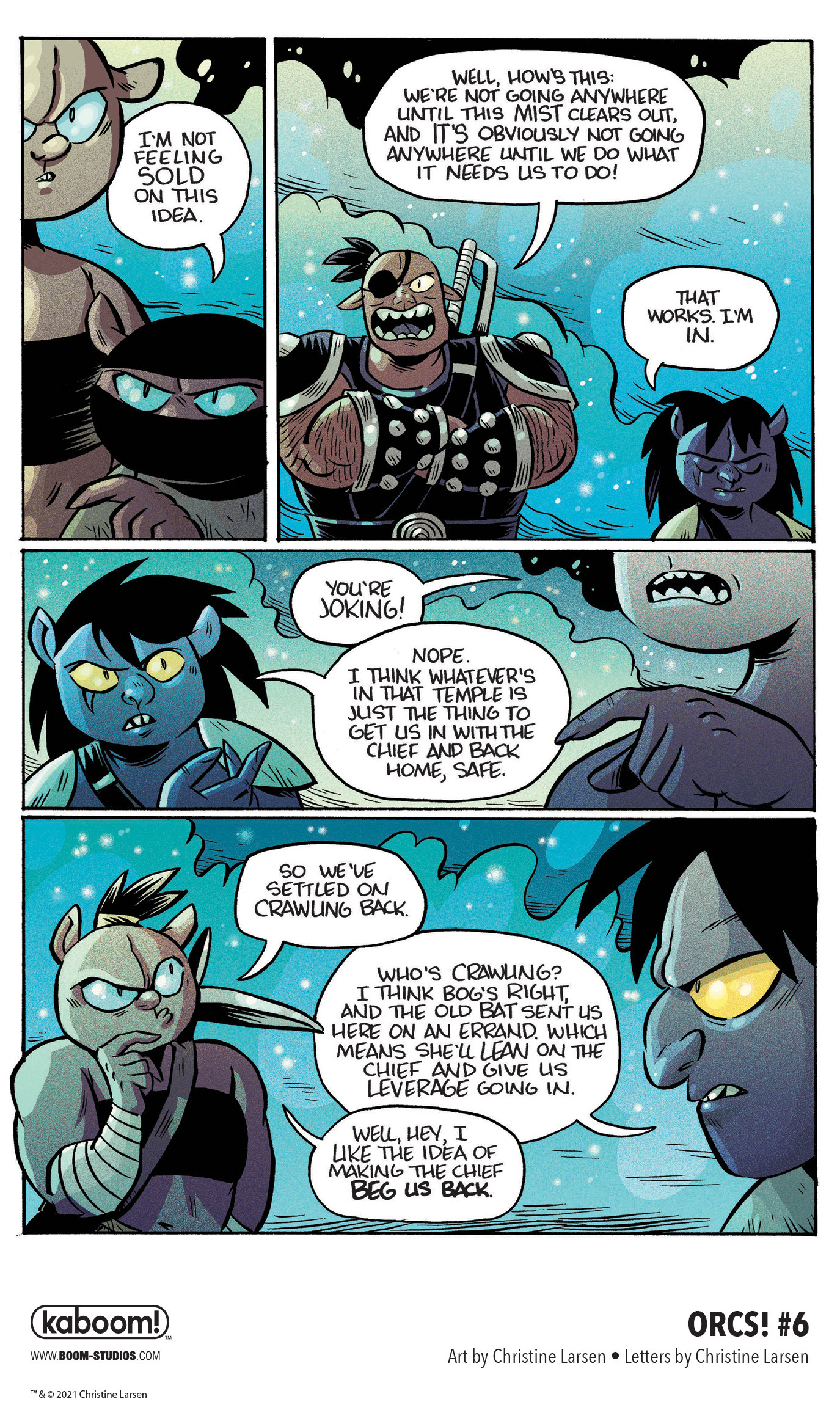 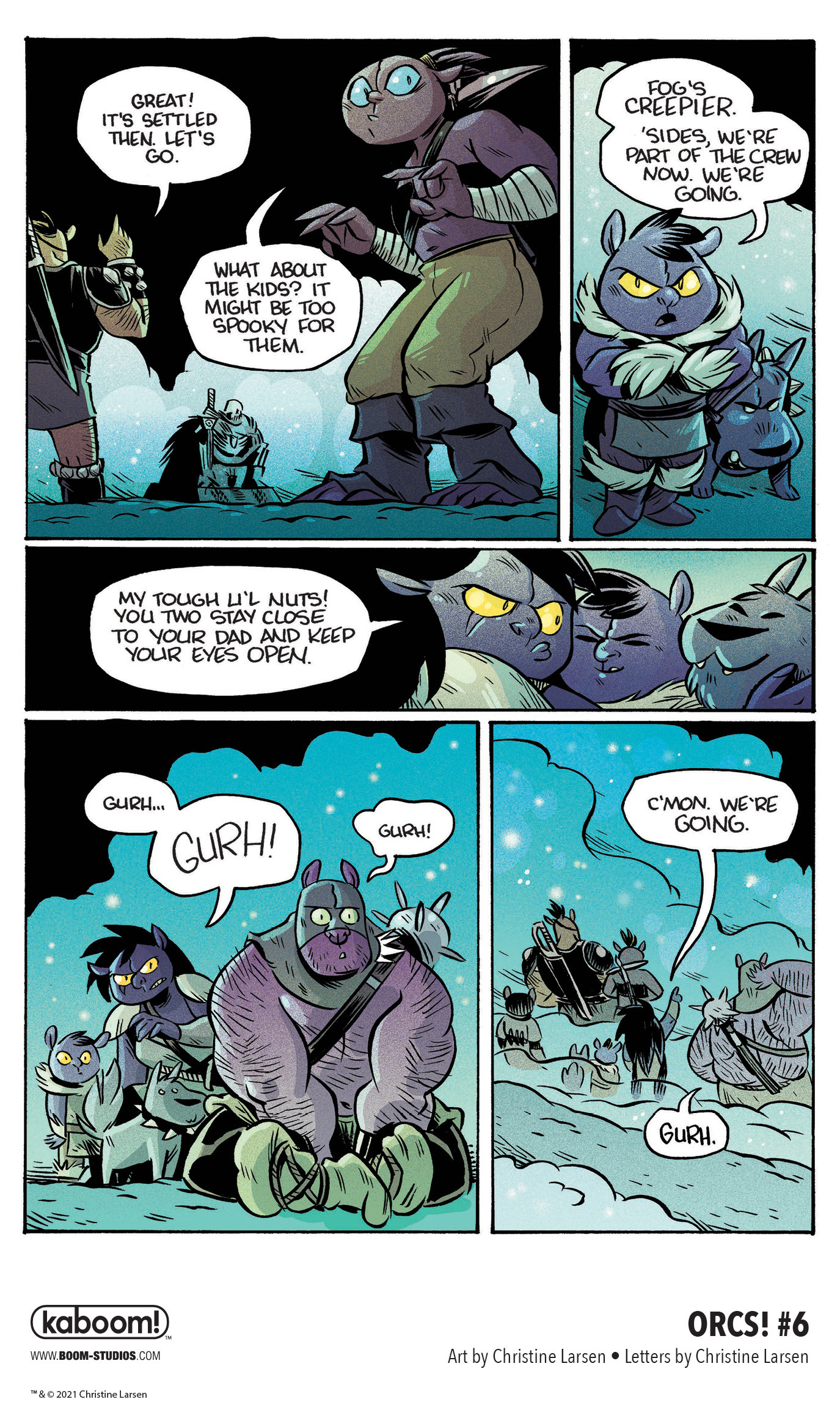 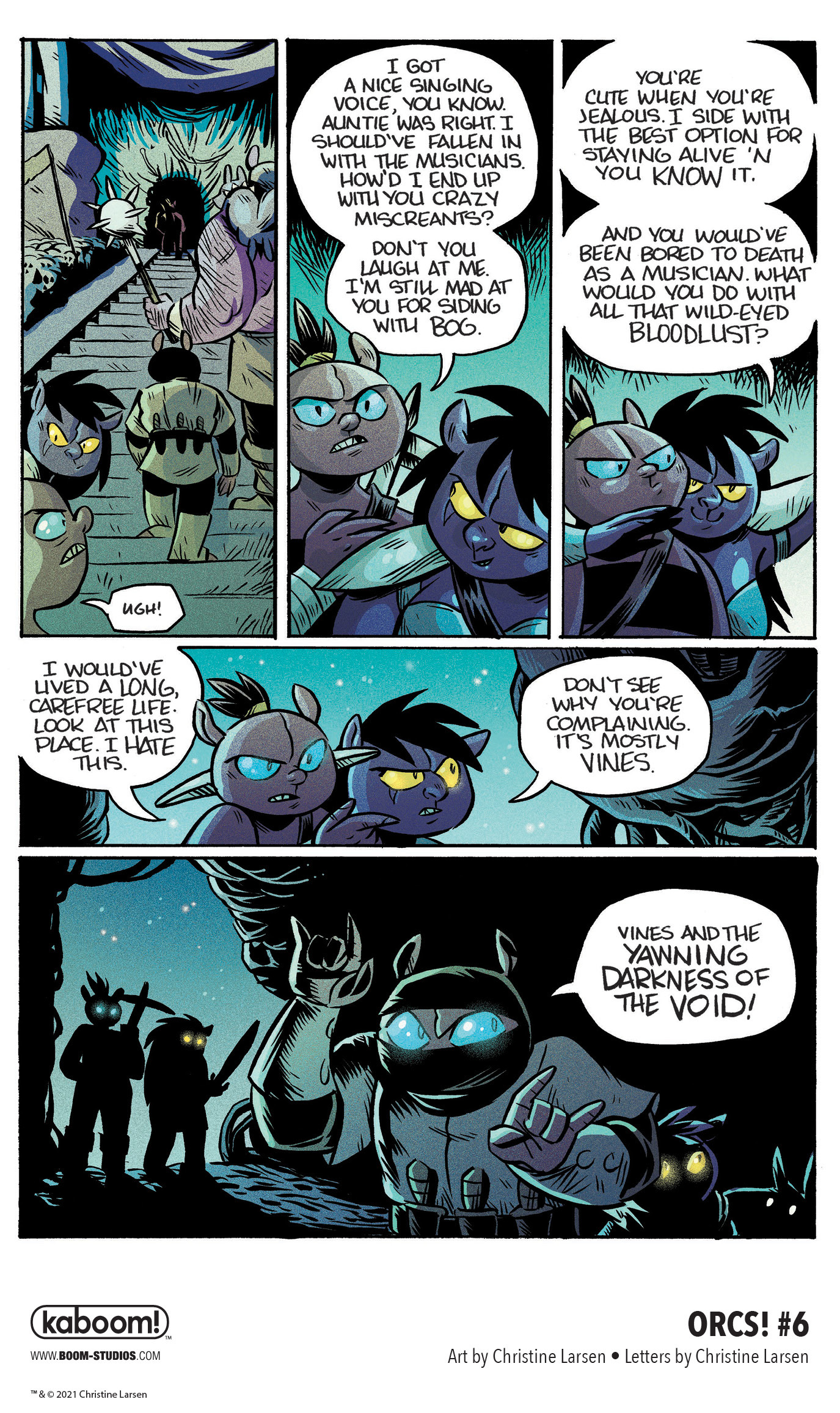