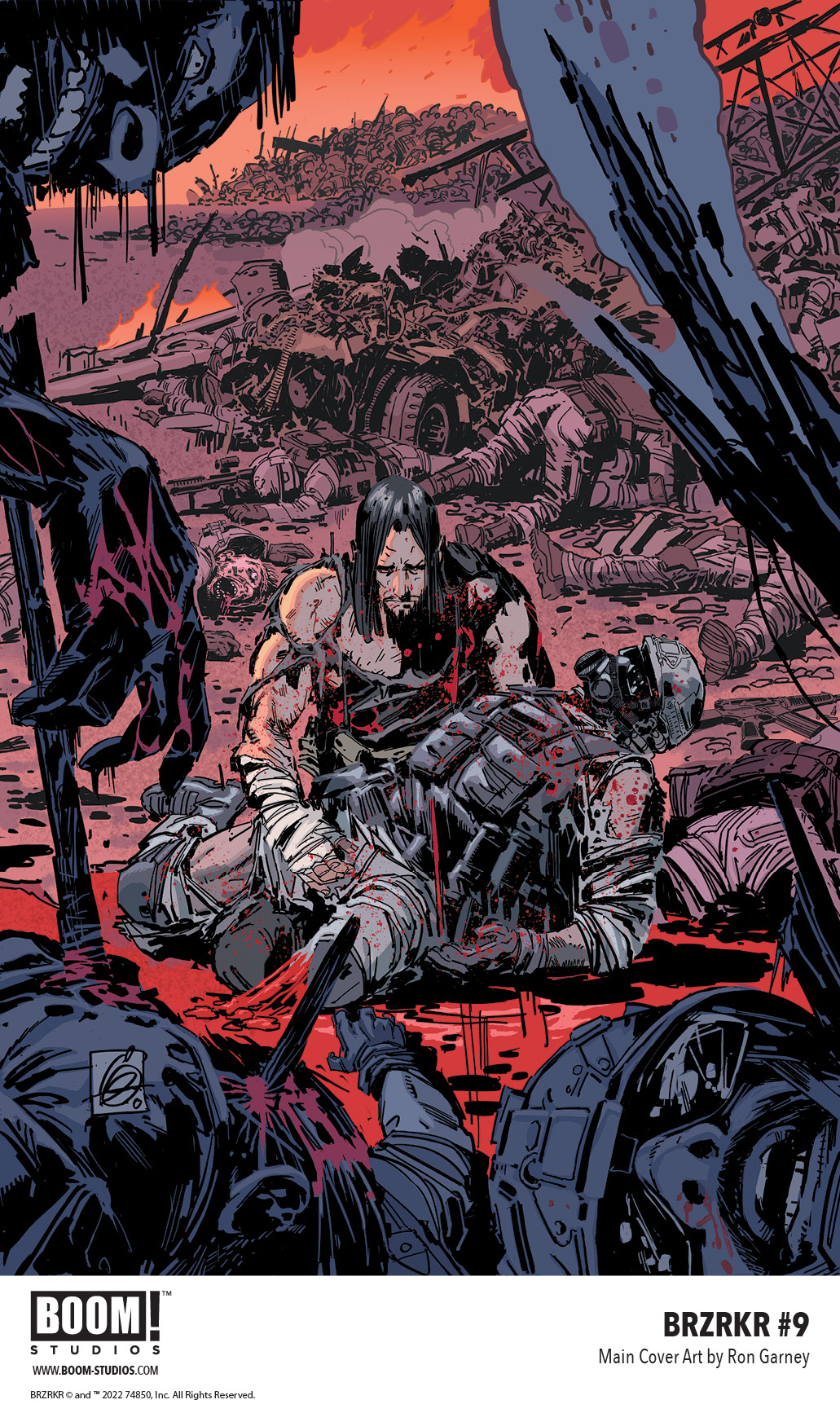 The highly acclaimed creative team unleashes the climactic new story arc that finally reveals the long-hidden secrets of B.’s past… and uncovers shocking revelations that will change his future forever! From the ancient mysteries of his origins to the present-day machinations of Caldwell’s master plan… B.’s entire journey has been leading to this moment.

BRZRKR is the newest release from BOOM! Studios’ eponymous imprint, home to critically acclaimed original series, including Something is Killing the Children by James Tynion IV and Werther Dell’Edera; Once & Future by Kieron Gillen and Dan Mora; Proctor Valley Road by Grant Morrison, Alex Child, and Naomi Franquiz; We Only Find Them When They’re Dead by Al Ewing and Simone Di Meo; Seven Secrets by Tom Taylor and Daniele Di Nicuolo; The Many Deaths of Laila Starr by Ram V and Filipe Andrade; Basilisk by Cullen Bunn and Jonas Scharf; Regarding the Matter of Oswald’s Body by Christopher Cantwell and Luca Casalanguida; Alice Ever After by Dan Panosian and Giorgio Spalletta; and Grim by Stephanie Phillips and Flaviano. The imprint also publishes popular licensed properties, including Dune: House Atreides from Brian Herbert, Kevin J. Anderson, and Dev Pramanik; Mighty Morphin and Power Rangers from Ryan Parrott, Mat Groom, Marco Renna, and Moises Hidalgo; and Magic from Jed McKay and Ig Guara.

Print copies of BRZRKR #9 will be available for sale on June 29, 2022 exclusively at local comic book shops (use comicshoplocator.com to find the nearest one) or at the BOOM! Studios webstore. Digital copies can be purchased from content providers, including comiXology, iBooks, Google Play, and Kindle. Print copies of BRZRKR VOL 1 SC are available wherever books are sold.

For continuing news on the BRZRKR series and more from BOOM! Studios, stay tuned to boom-studios.com and follow @boomstudios on Twitter. 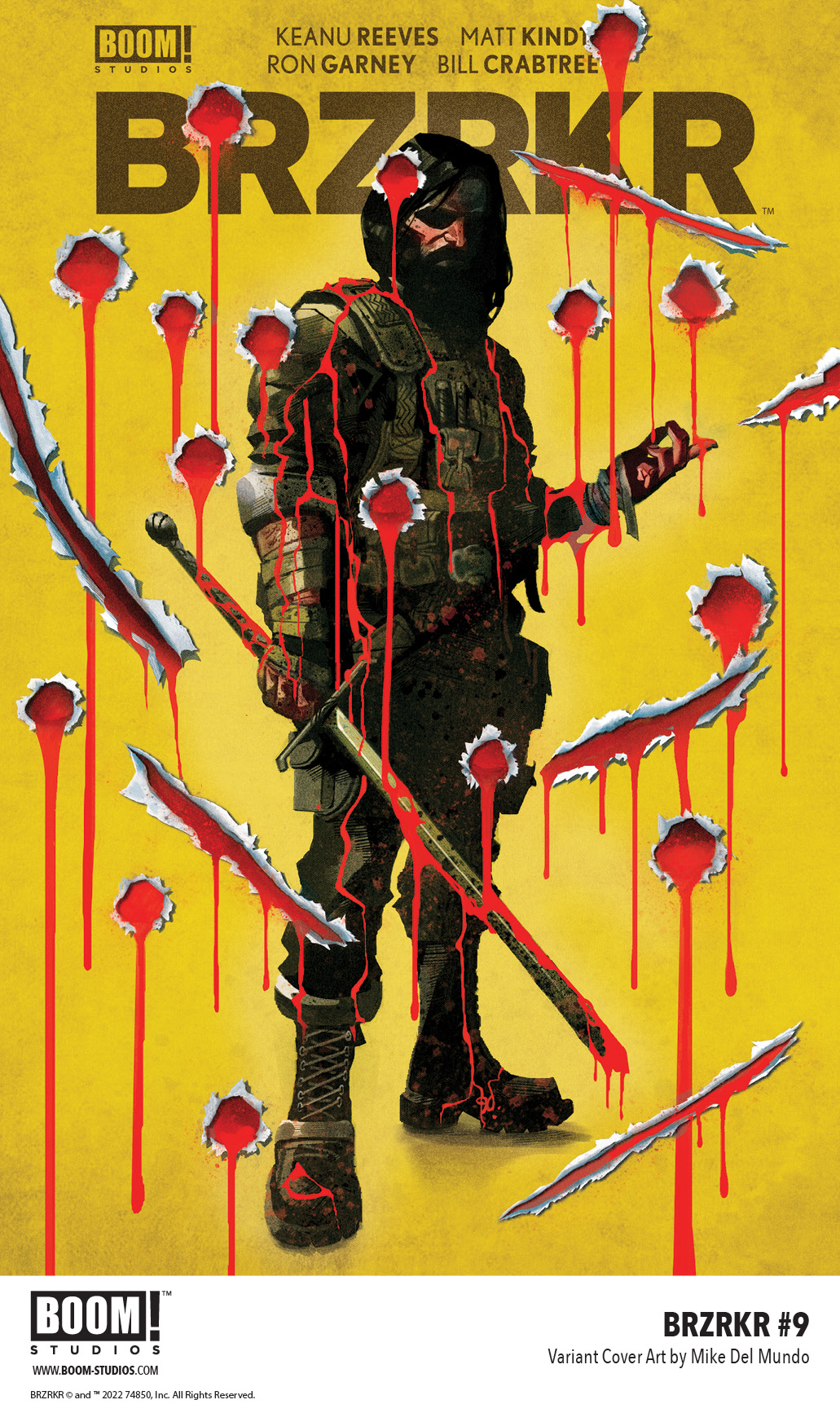 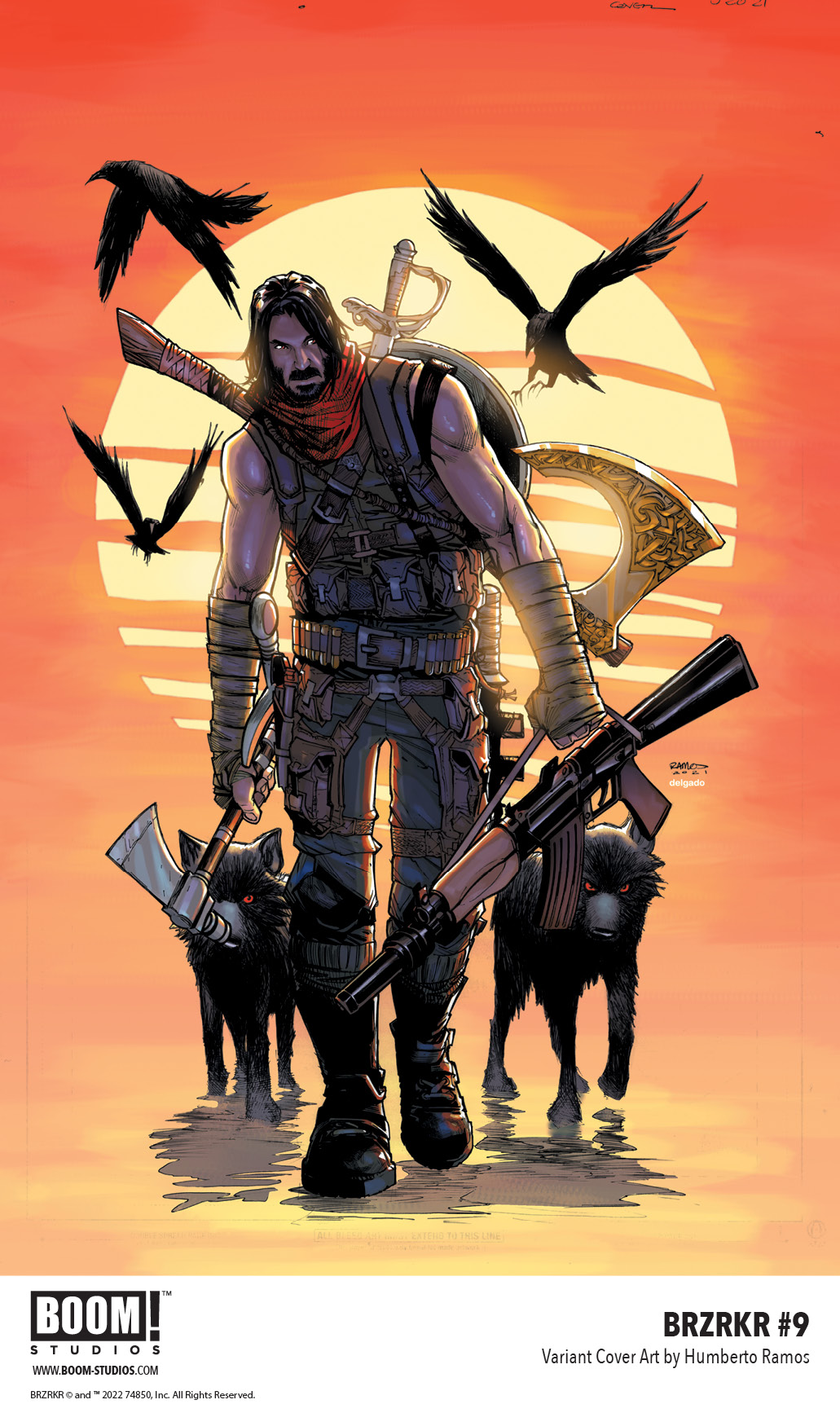 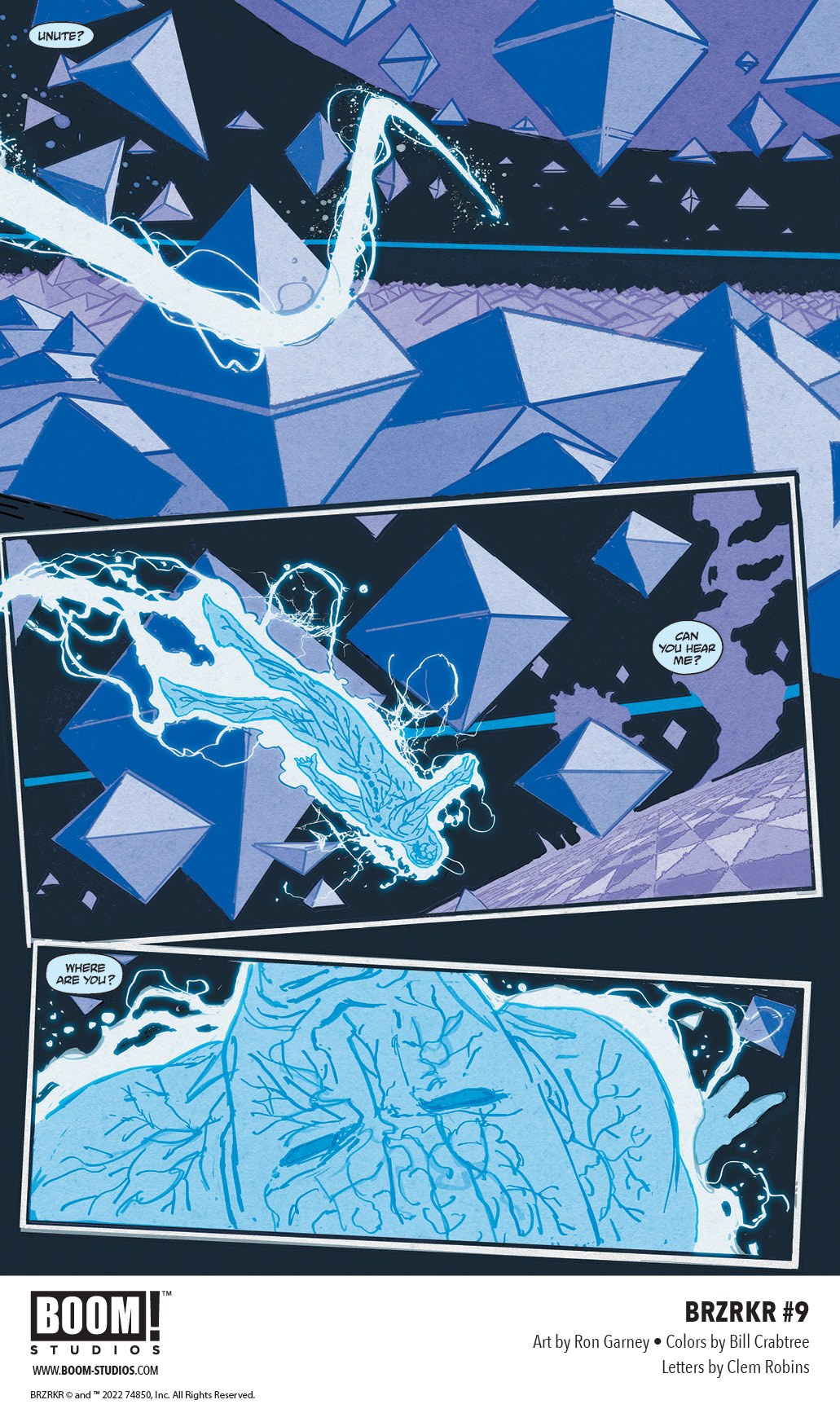 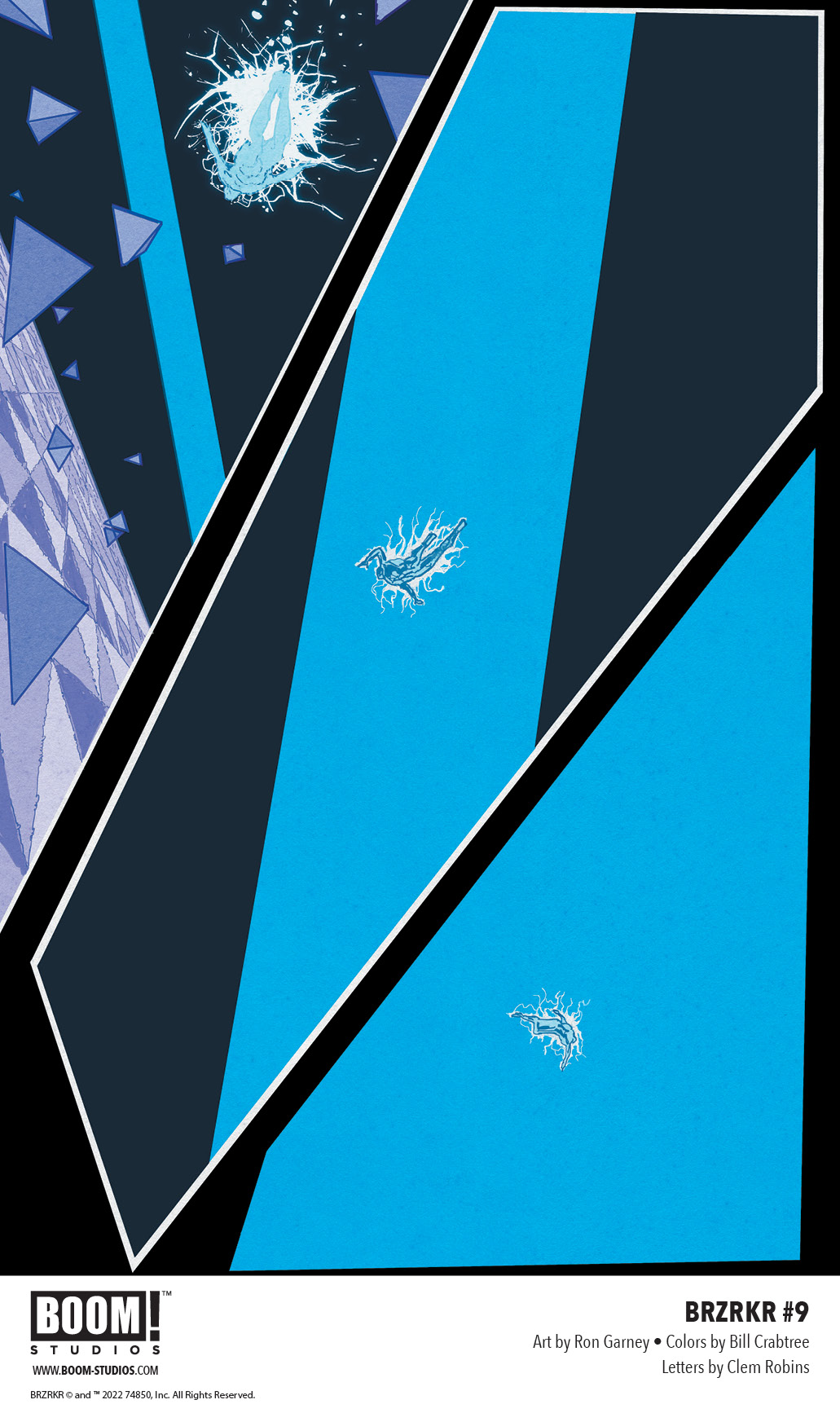 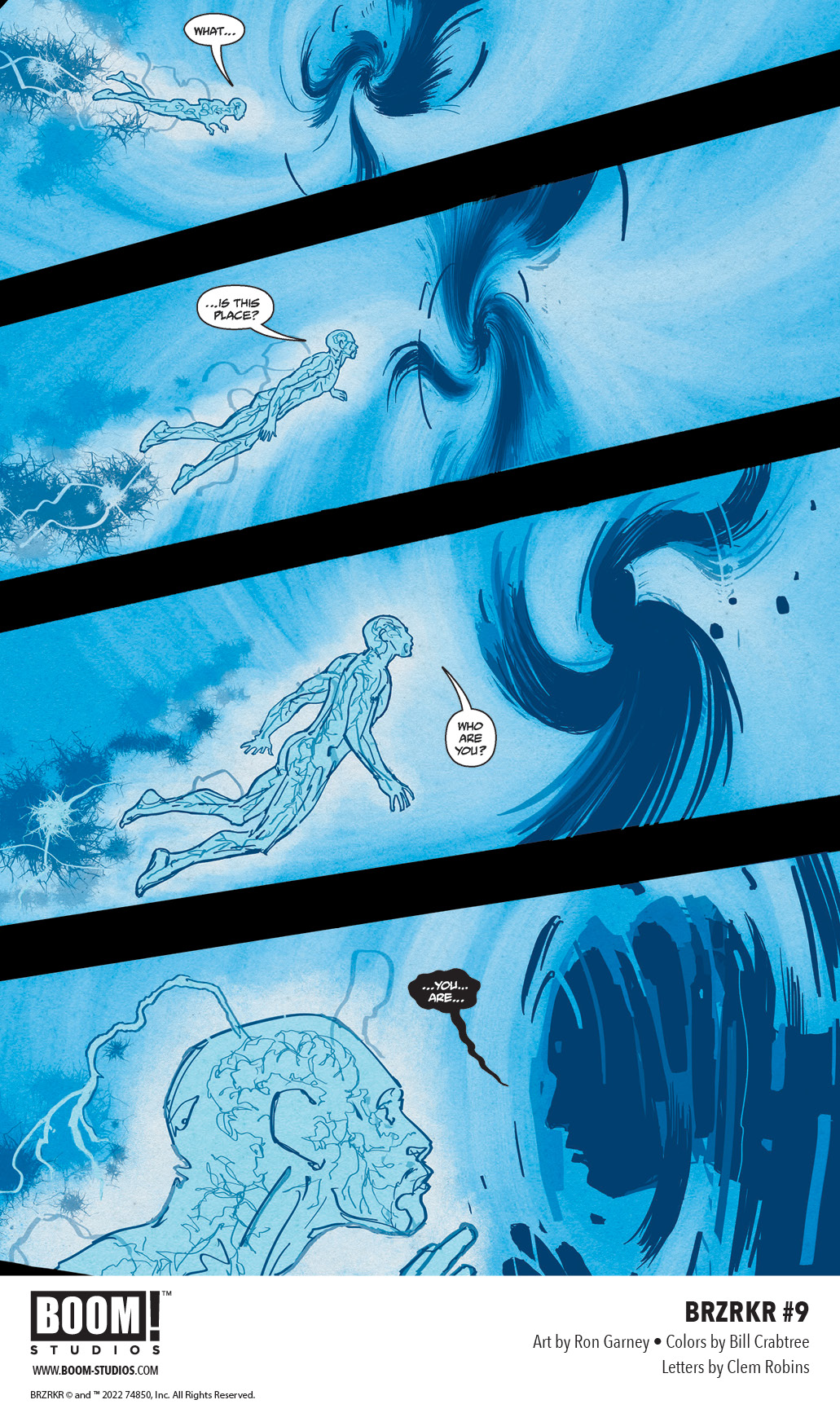 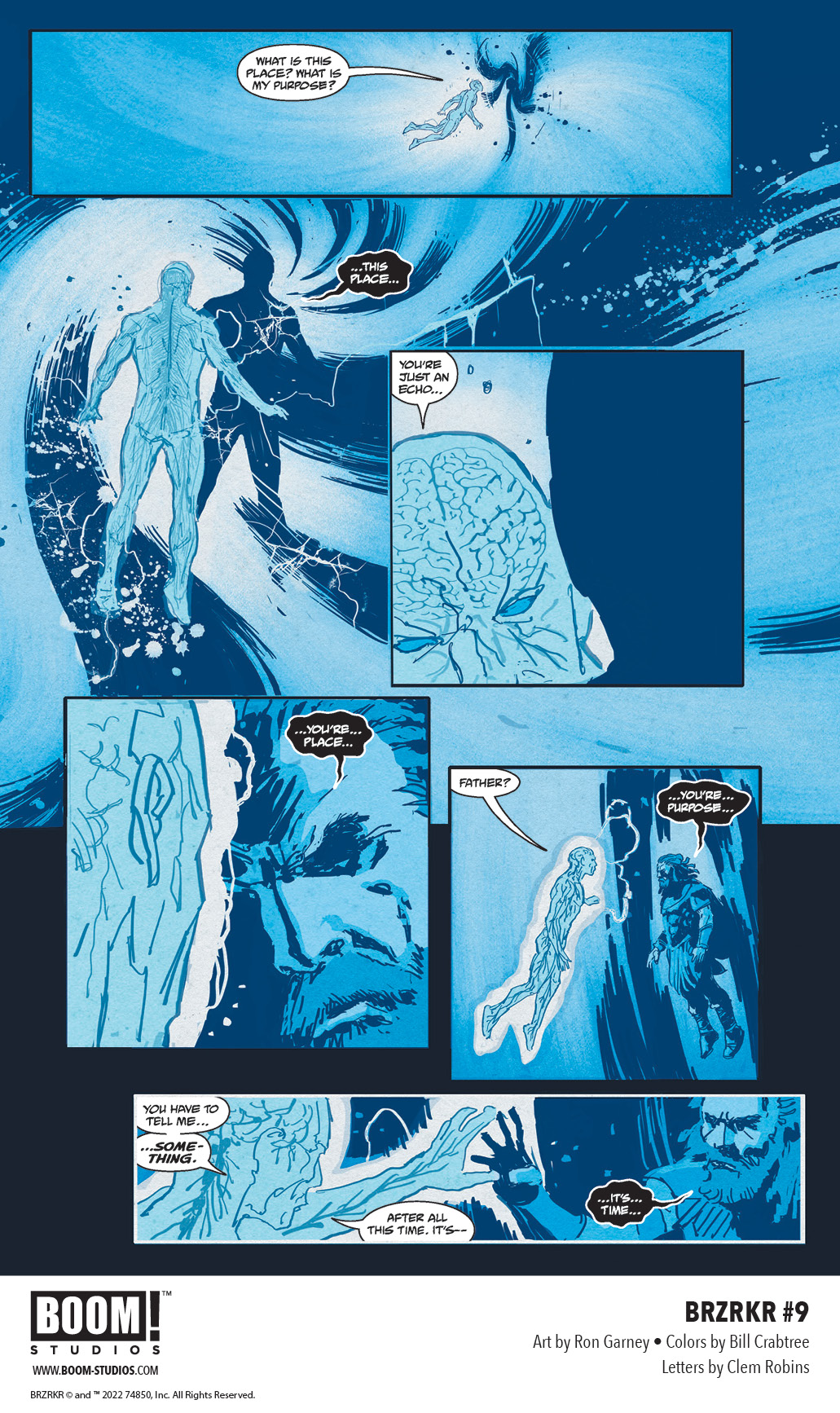 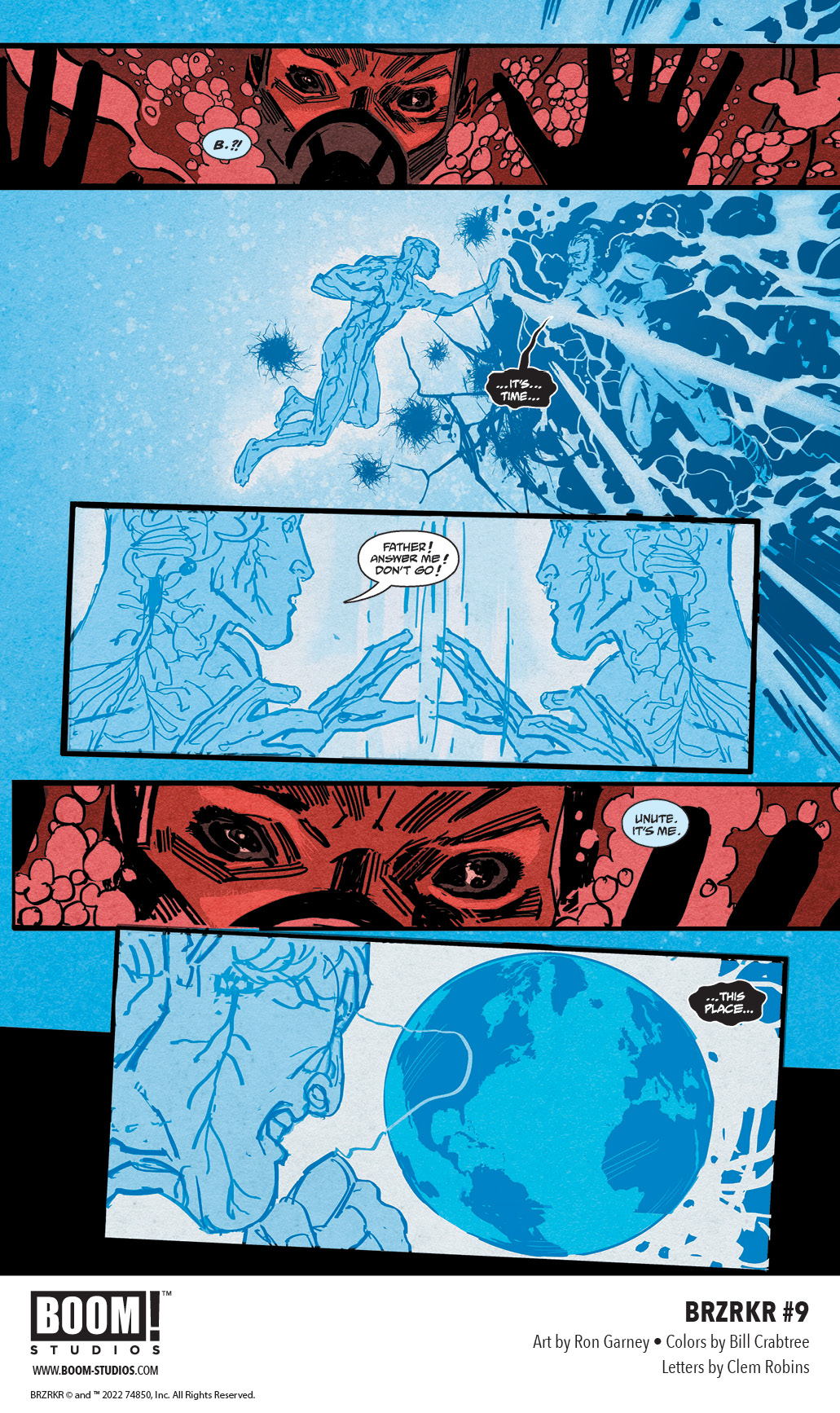