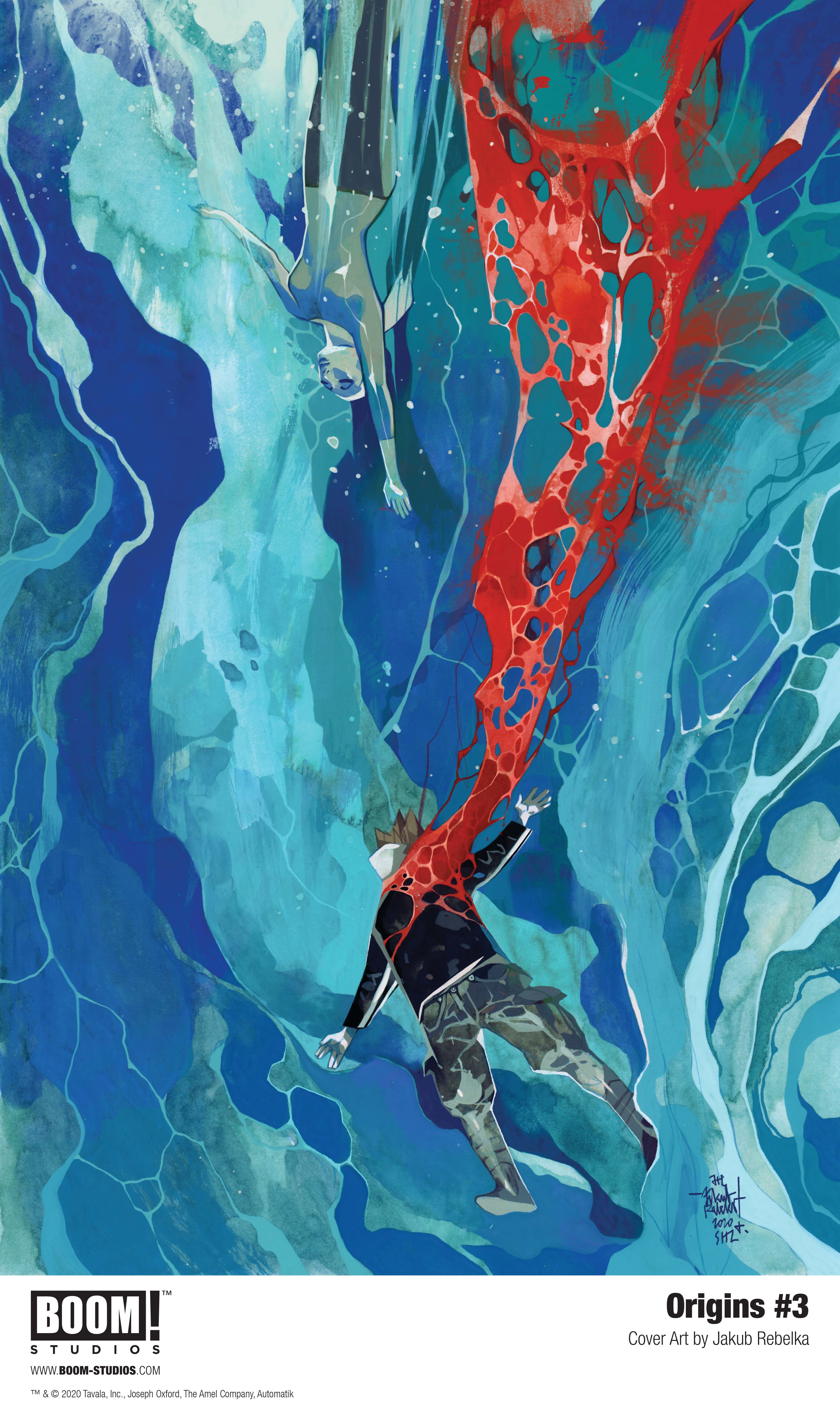 Chloe and David have discovered a lost city, populated by the robot servants of long dead humanity. But now that they’ve encountered their first human being in over a century, will they help Chloe and David – or become their enemies?

Print copies of ORIGINS #3, featuring main and variant covers by Rebelka, will be available for sale on January 13, 2021 exclusively at local comic book shops (use comicshoplocator.com to find the nearest one) or at the BOOM! Studios webstore. Digital copies can be purchased from content providers, including comiXology, iBooks, Google Play, and Madefire.

For more on ORIGINS and more from BOOM! Studios, stay tuned to www.boom-studios.com and follow @boomstudios on Twitter. 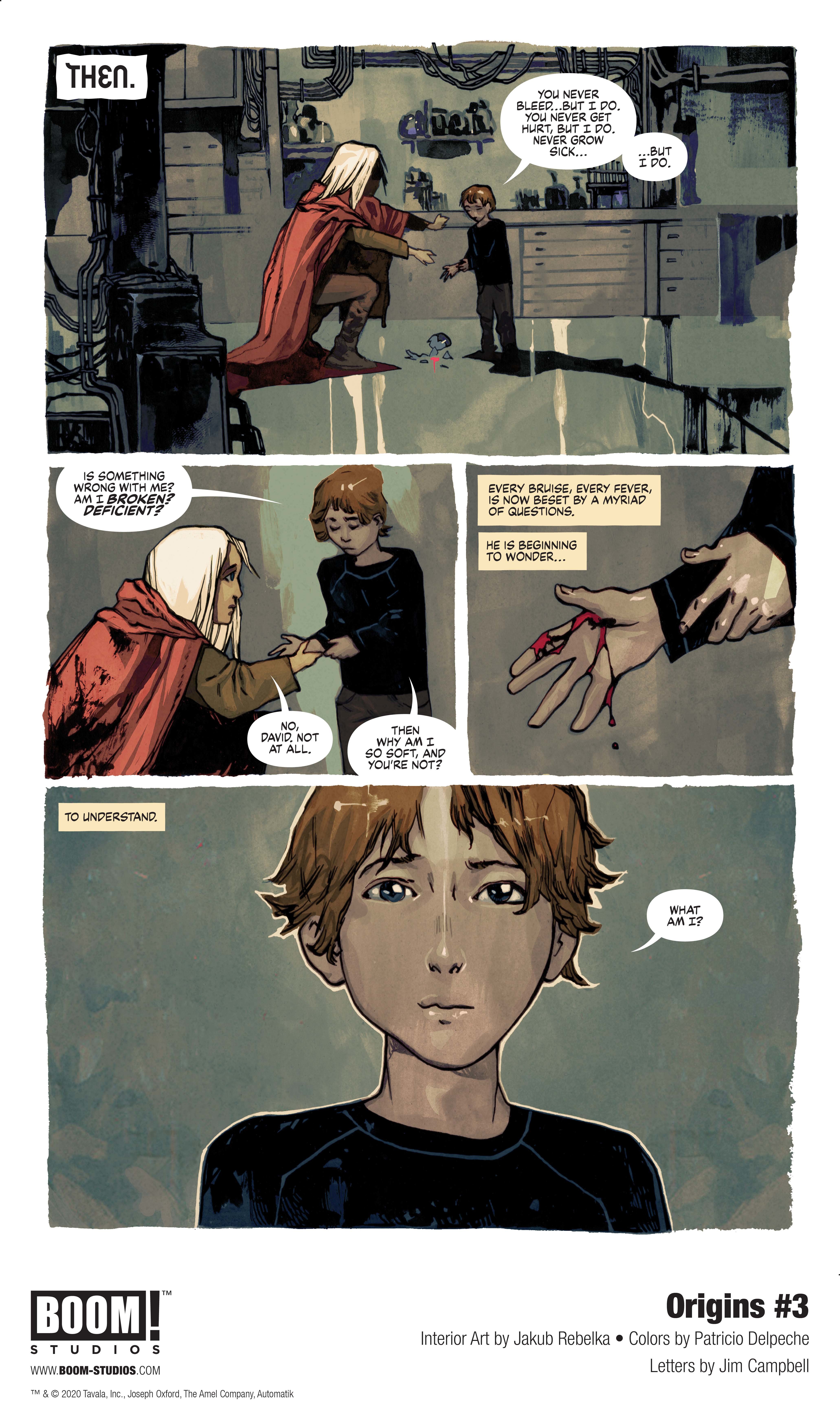