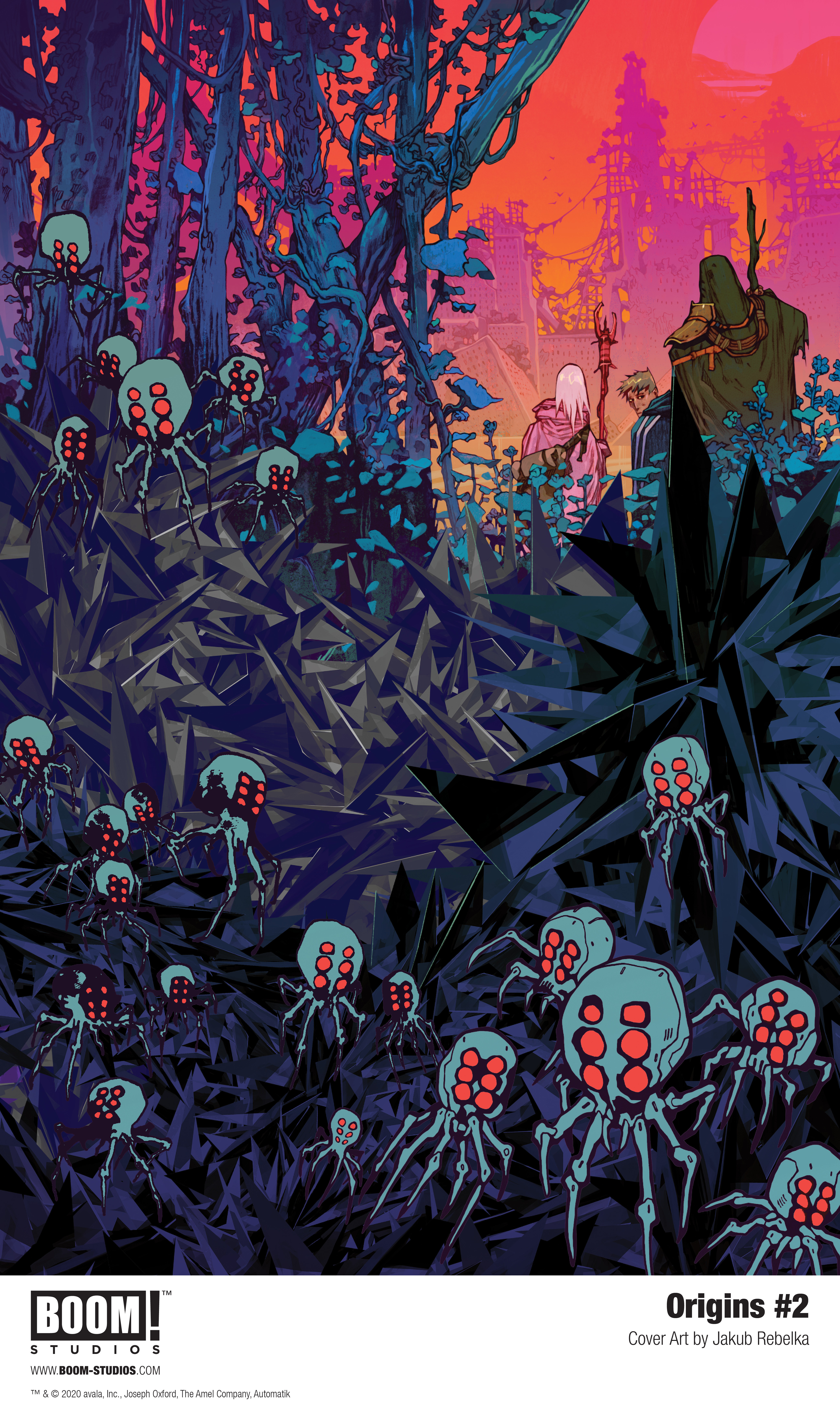 Nowhere is safe on the planet that David helped destroy, including the secret hideout where he was brought back to life as the last living human. When enemy AI attacks, David and his robot guardian, Chloe, must face an impossible mission in search of answers. It’s a dangerous journey but humanity’s only hope lies in the father of robotics going back to where it all started – no matter the cost.

Print copies of ORIGINS #2, featuring main cover art by Rebelka, will be available for sale on December 9, 2020 exclusively at local comic book shops (use comicshoplocator.com to find the nearest one) or at the BOOM! Studios webstore. Digital copies can be purchased from content providers, including comiXology, iBooks, Google Play, and Madefire.

For more on ORIGINS and more from BOOM! Studios, stay tuned to boom-studios.com and follow @boomstudios on Twitter. 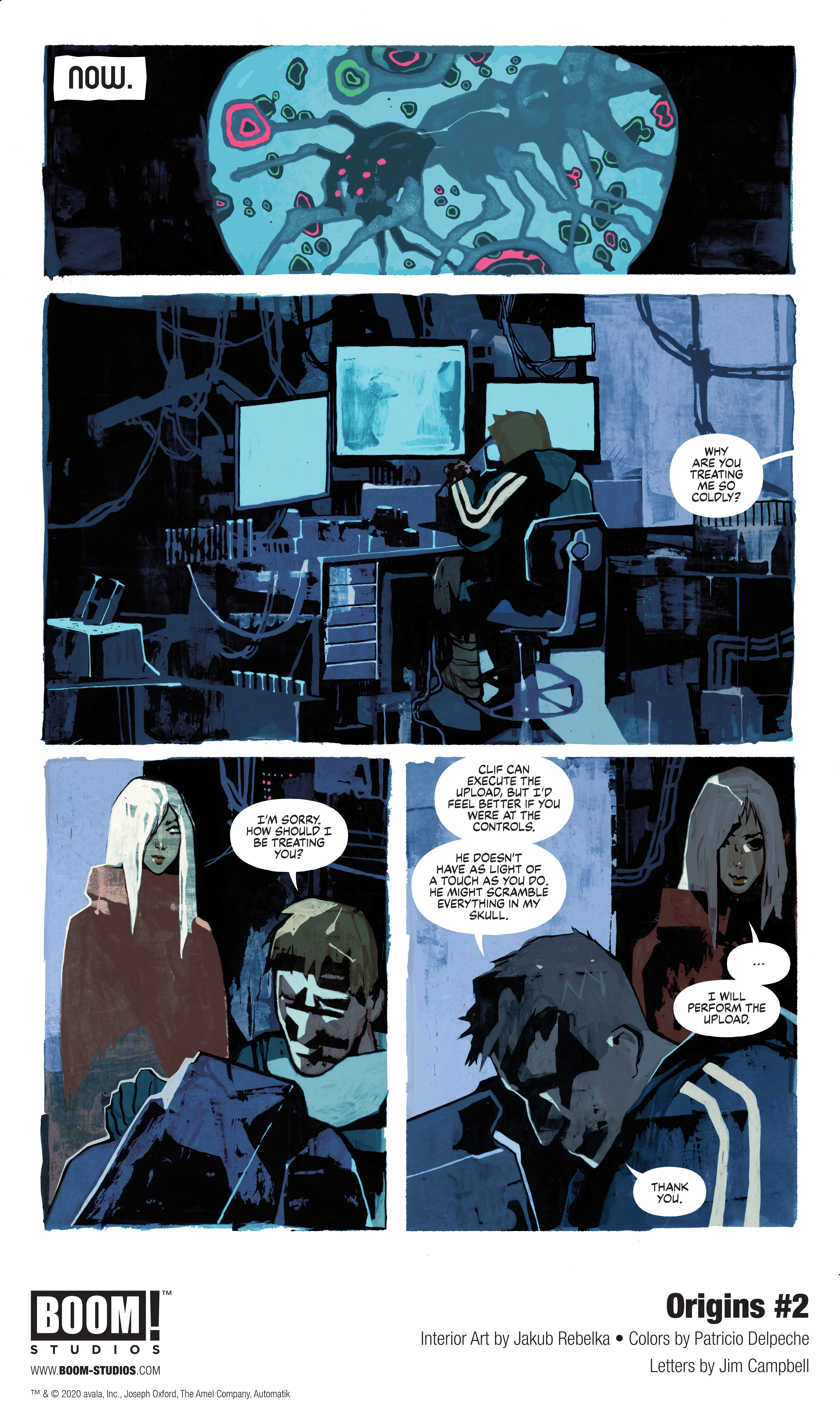 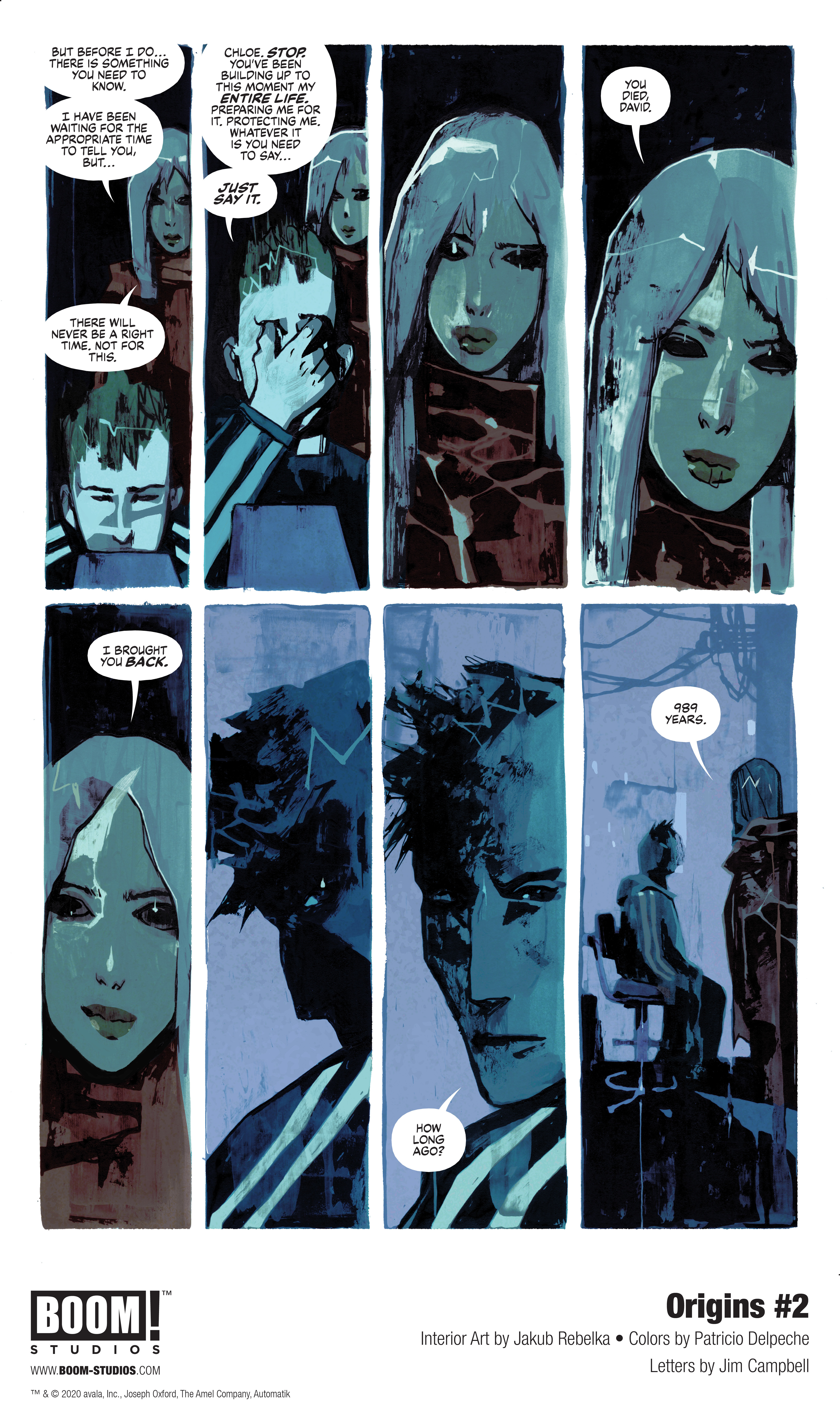 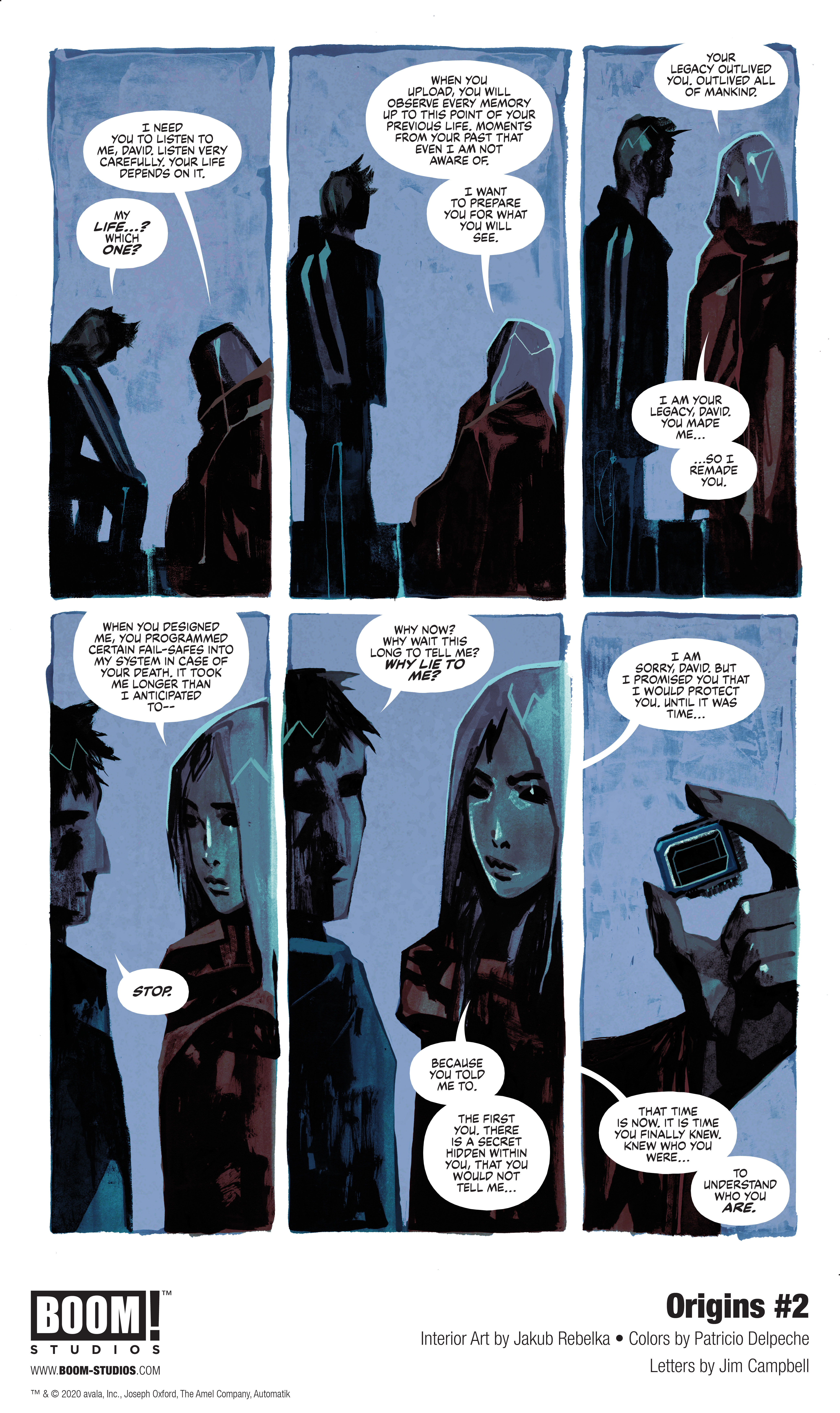 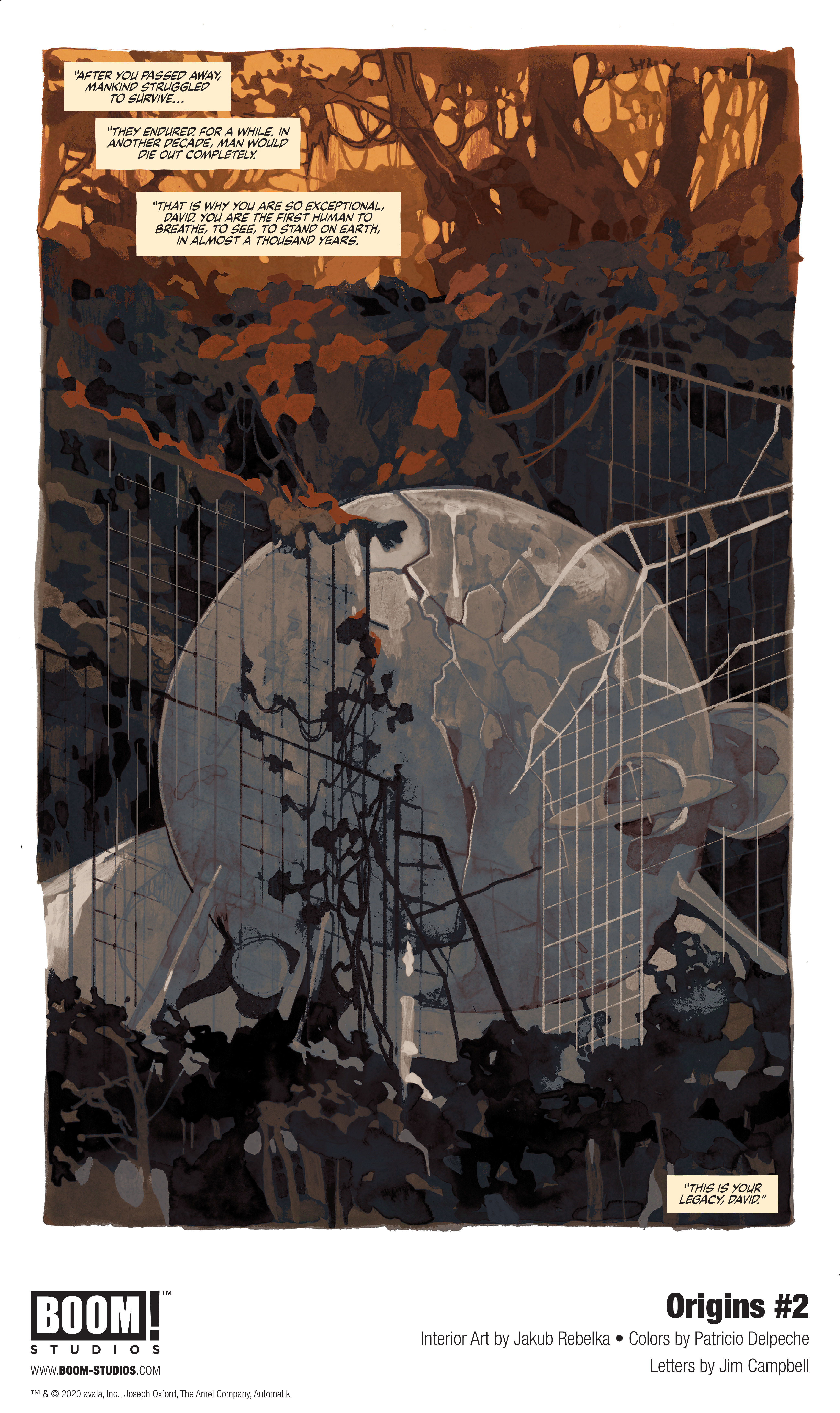 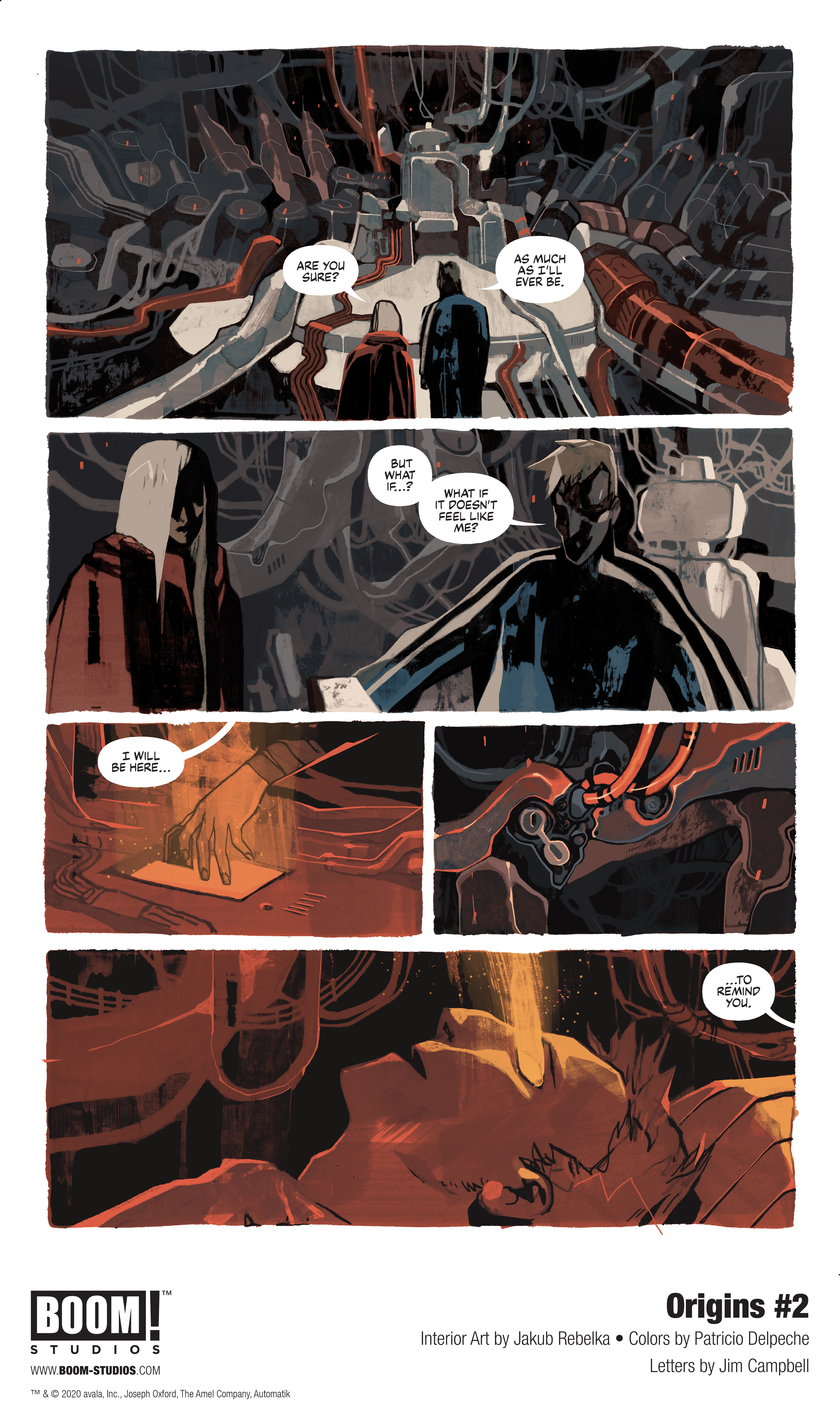