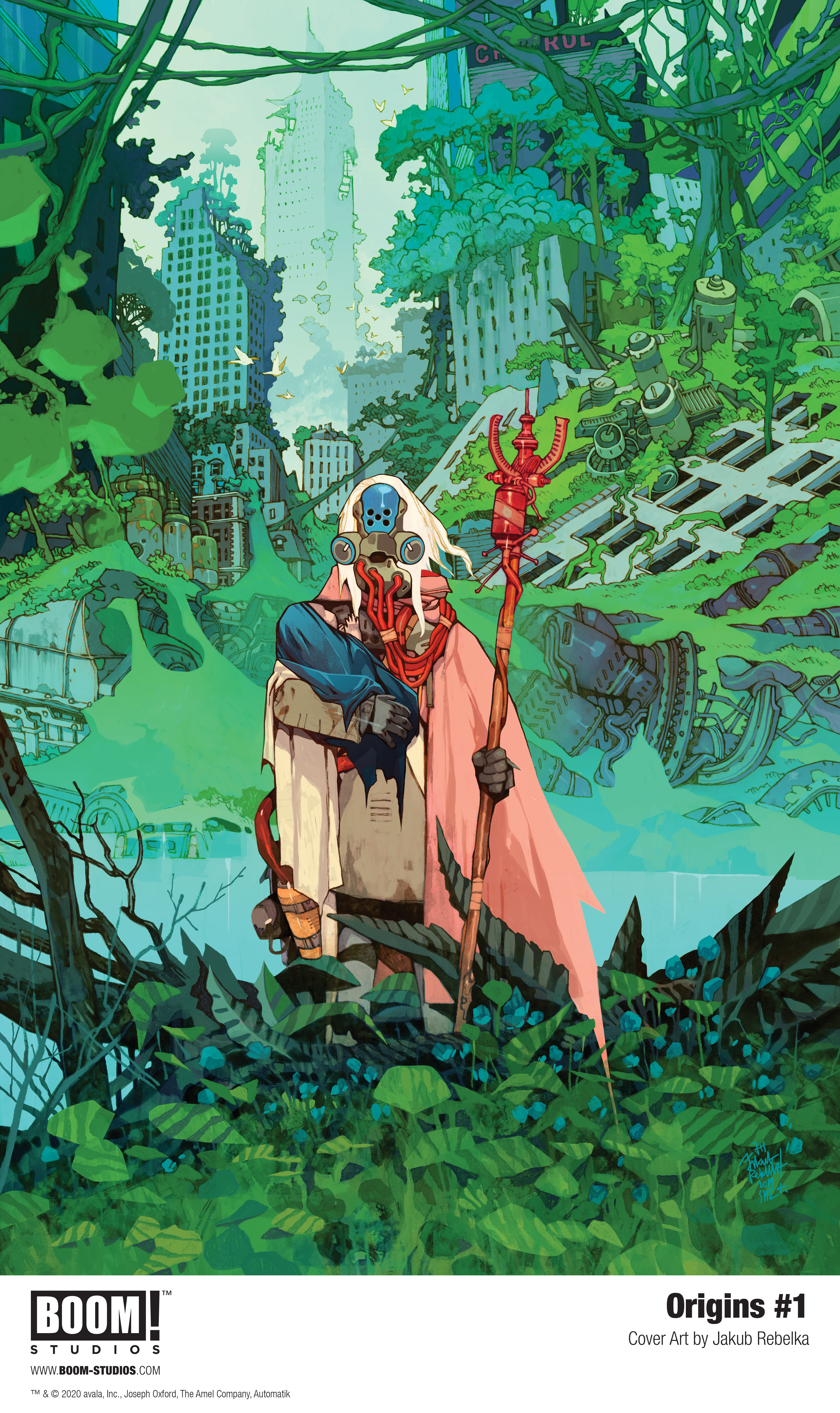 One thousand years after humans have gone extinct and artificial intelligence has taken over the world, a single man is brought back to life—David Adams, the genius whose technology was responsible for the destruction of his species, and who has been given a second chance at life in order to save mankind and undo his biggest mistake.

But even with the help of Chloe, his first creation and the android that revived him, he may not be enough to reignite the spark of humanity or stop the AI overlords who plan to eliminate the last hope for mankind. David and Chloe must embark on the greatest journey of their lives, as he seeks to find redemption and discover if humanity can—or should—have any kind of future.

Print copies of ORIGINS #1, featuring main cover art by Rebelka, will be available for sale on November 4, 2020 exclusively at local comic book shops (use comicshoplocator.com to find the nearest one) or at the BOOM! Studios webstore. Digital copies can be purchased from content providers, including comiXology, iBooks, Google Play, and Madefire.

For more on ORIGINS and more from BOOM! Studios, stay tuned to boom-studios.com and follow @boomstudios on Twitter. 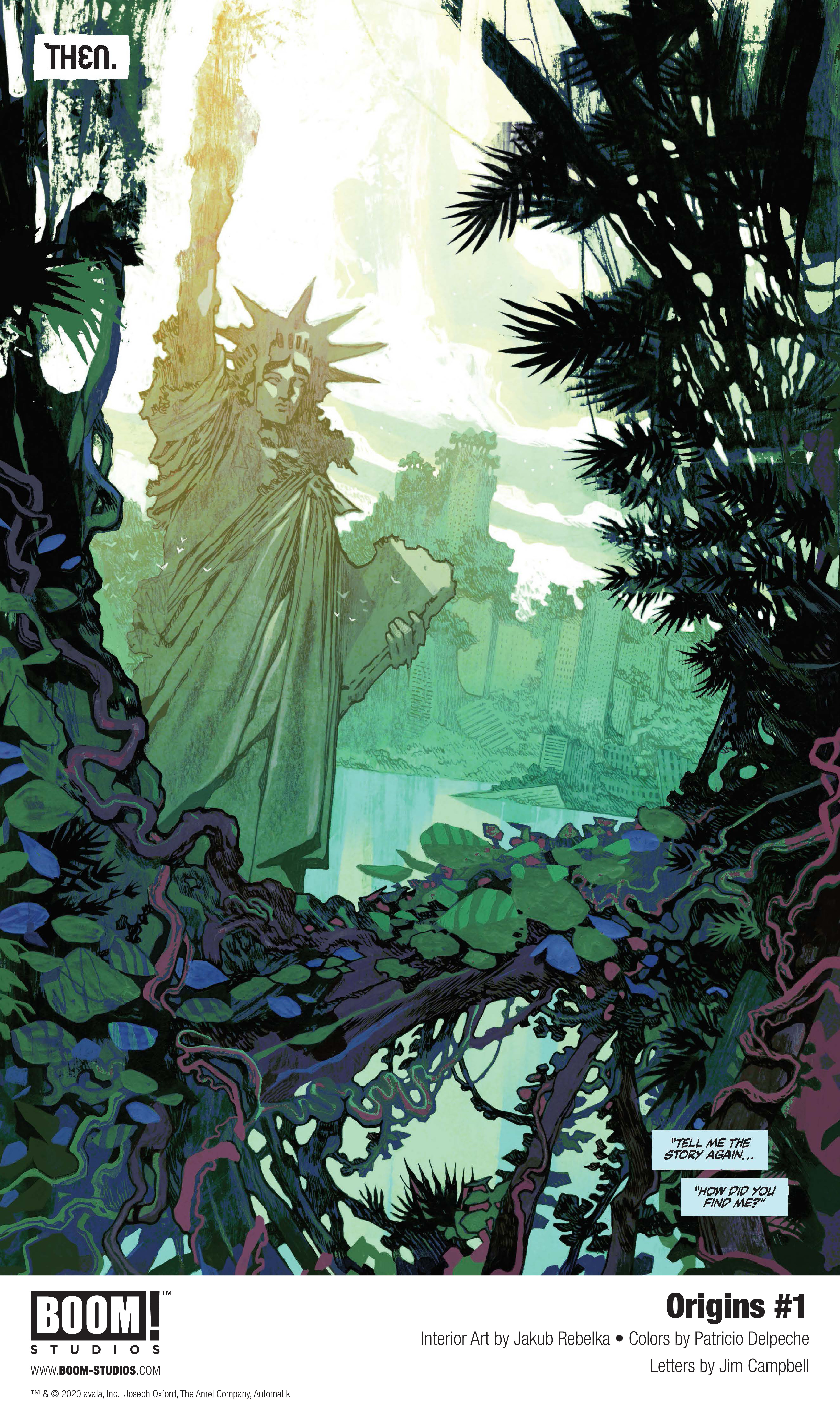 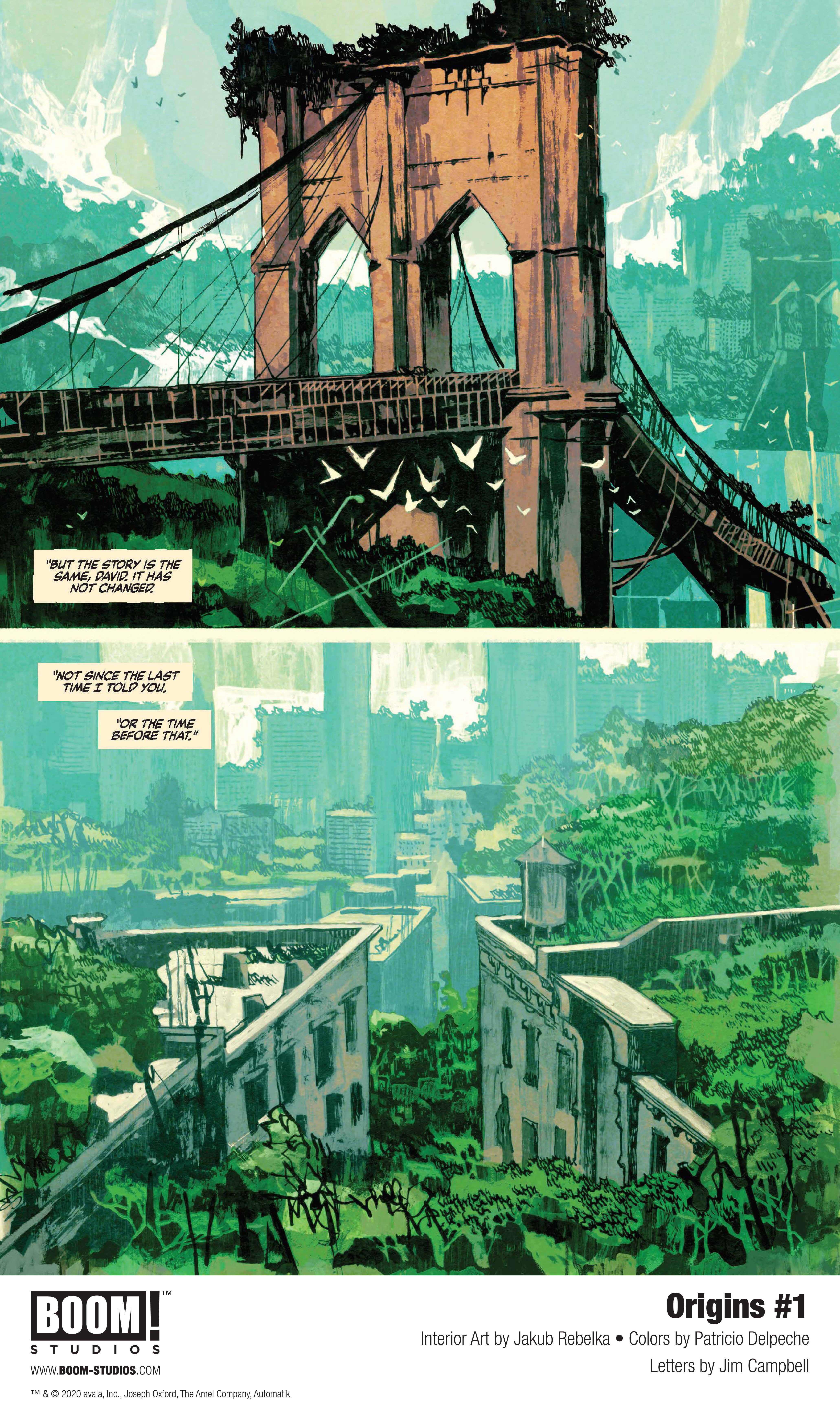 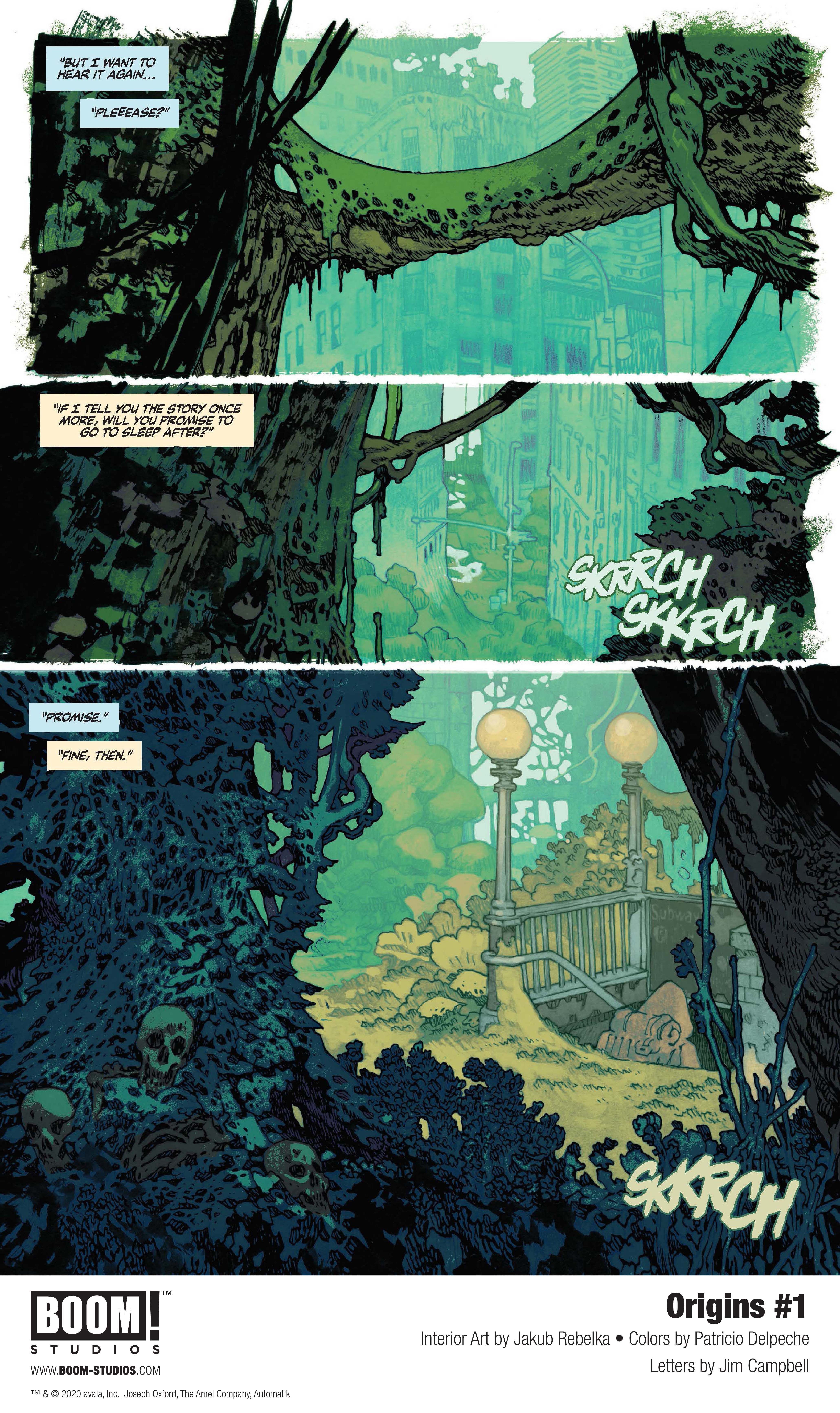 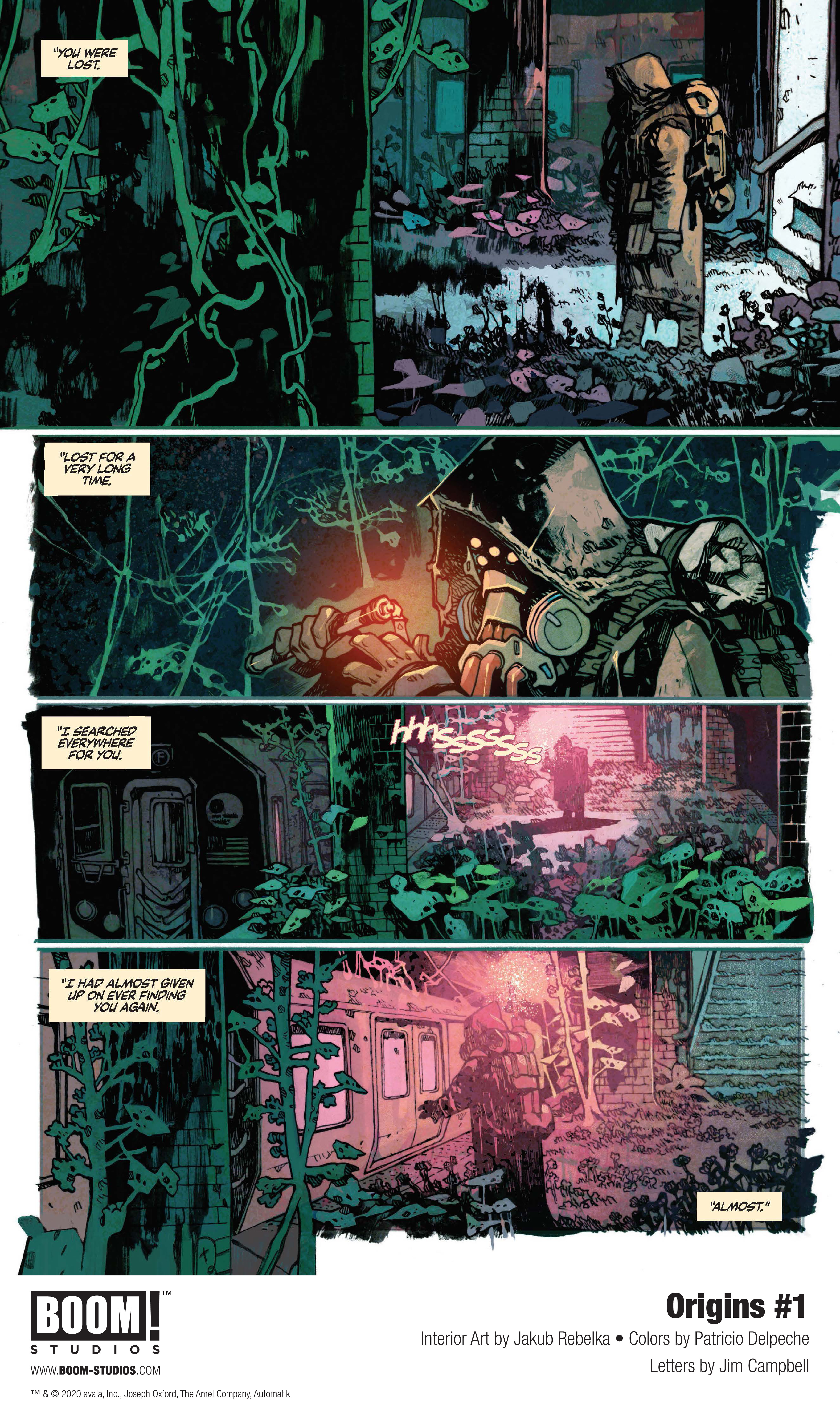 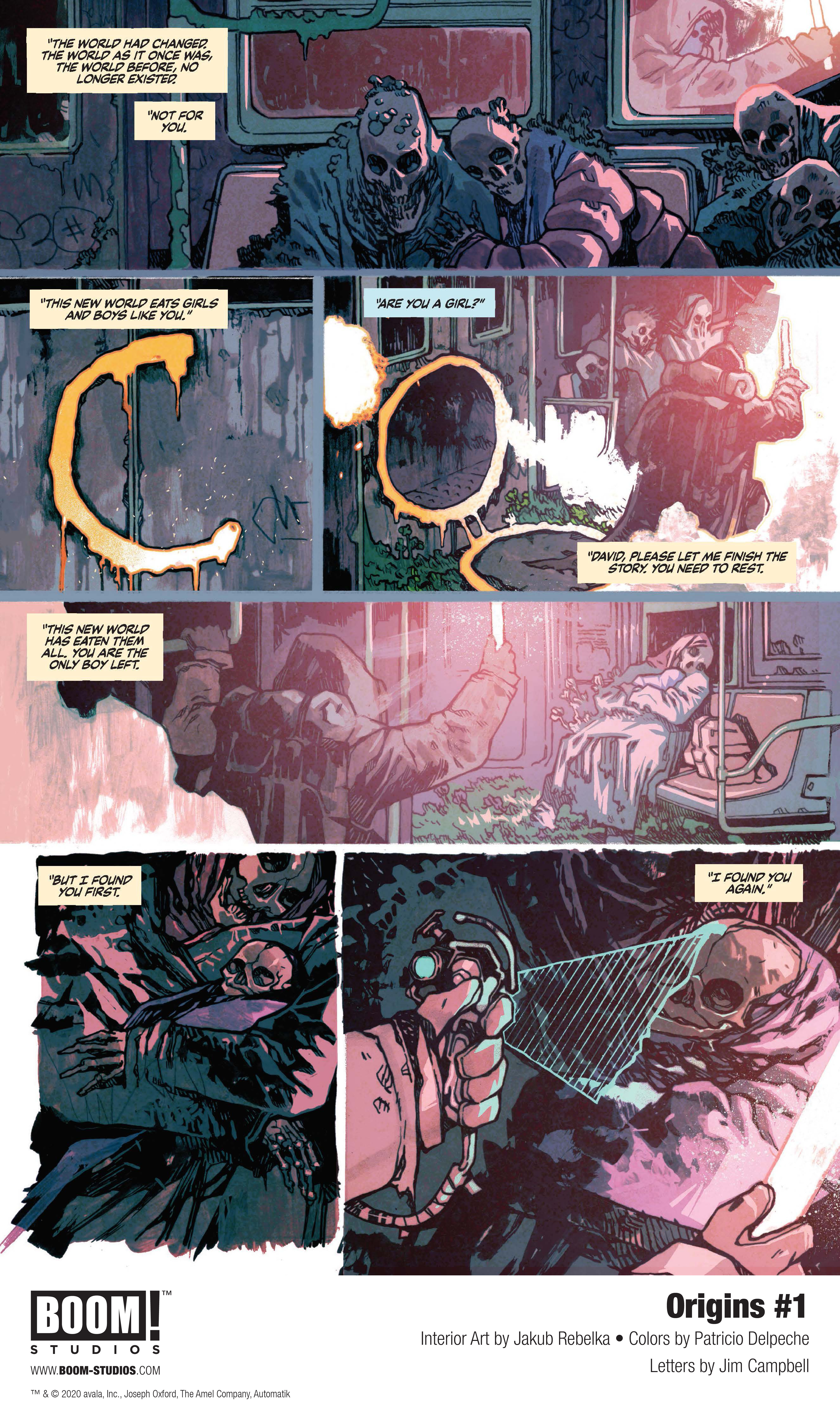 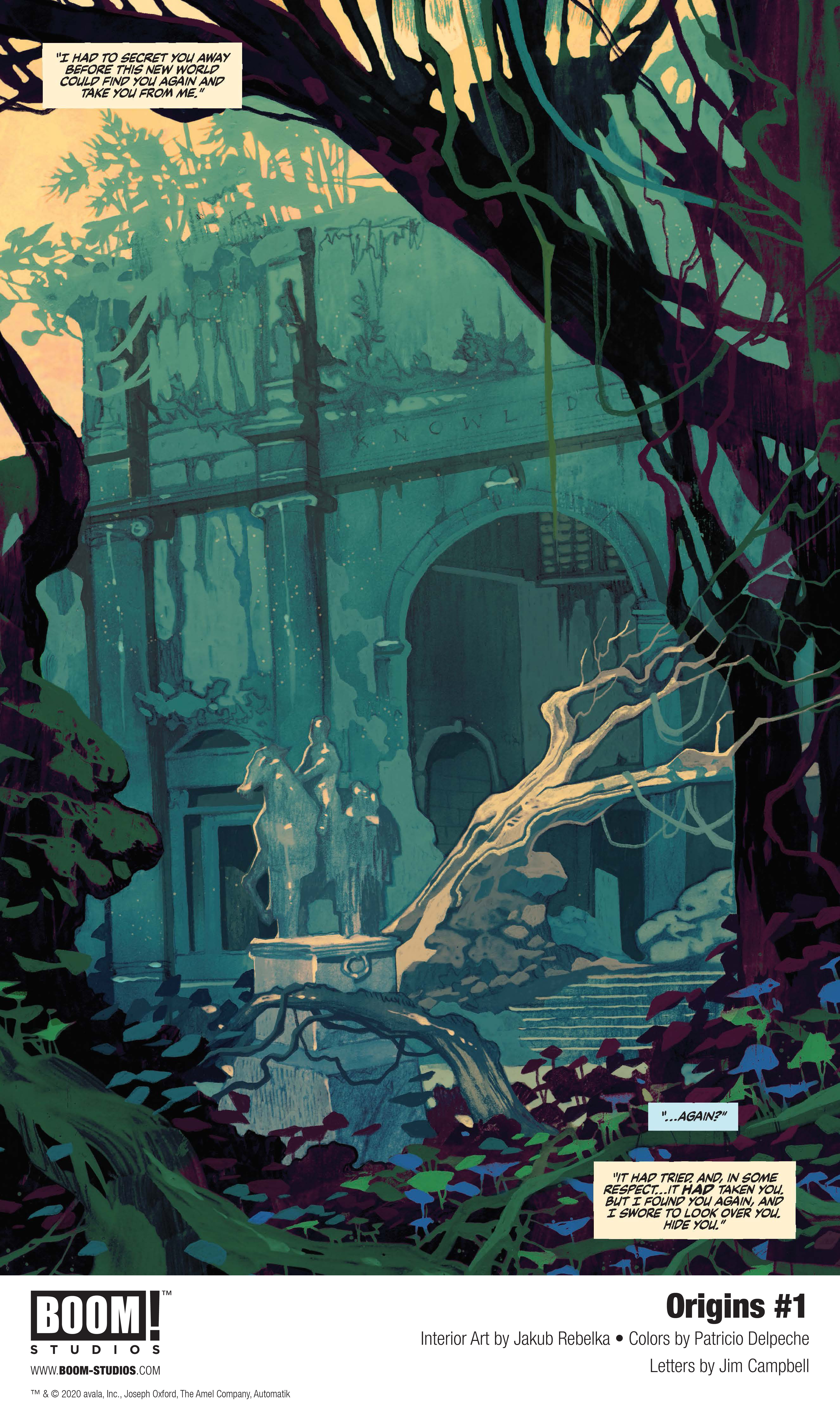