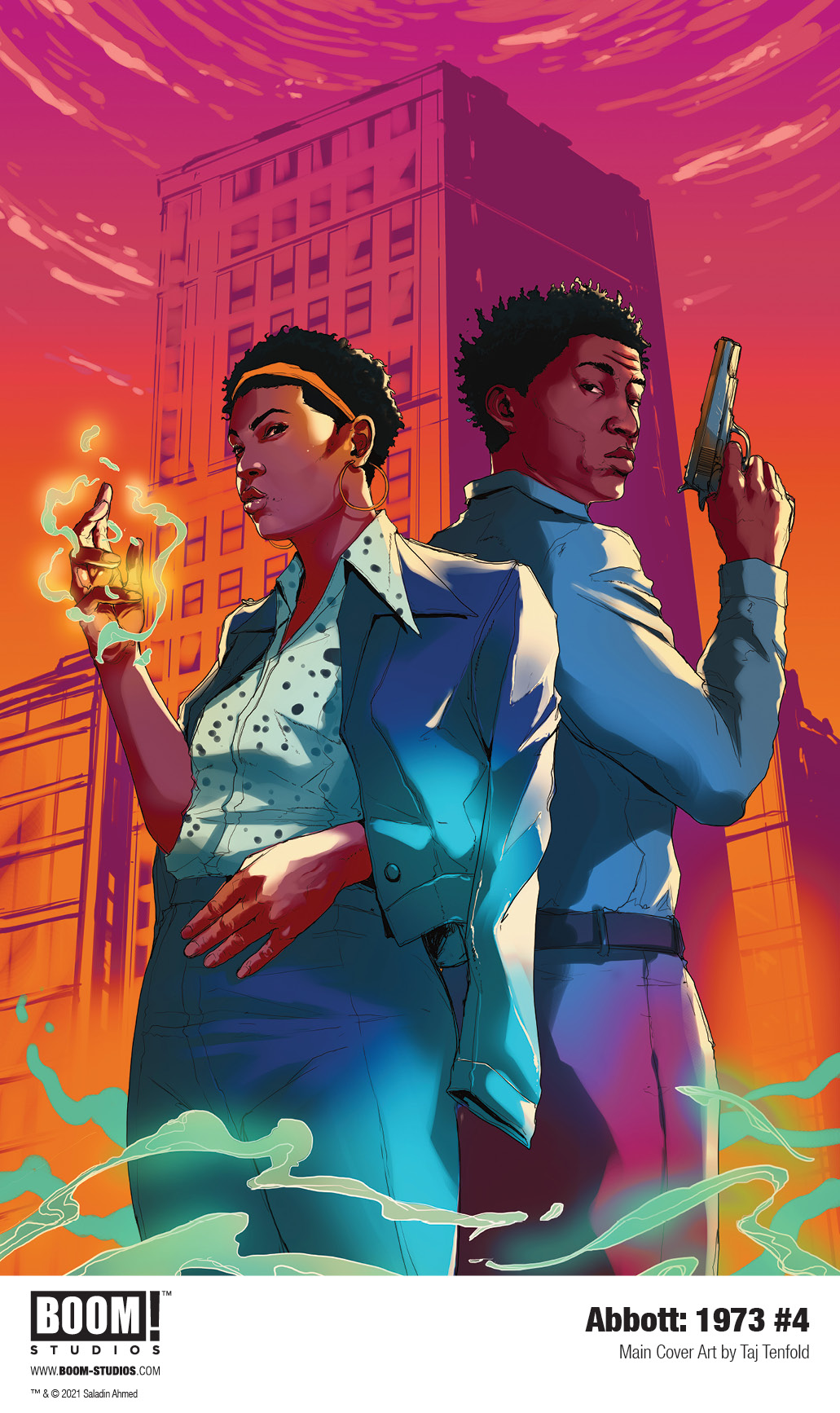 Elena has assembled a force of unlikely allies to mount an important rescue mission – but with vengeful gangsters and the deadly Umbra closing in, this is a fight they may not be able to win. The secret to victory may lie with one of Elena’s old friends – and the dark truth behind the Umbra’s return.

Readers can find ABBOTT VOL 1 available everywhere books are sold. In the uncertain social and political climate of 1972 Detroit, hard-nosed, chain-smoking tabloid reporter Elena Abbott investigates a series of grisly crimes that the police have ignored. Crimes she knows to be the work of dark occult forces. Forces that took her husband from her. Forces she has sworn to destroy.

Print copies of ABBOTT: 1973 #4, featuring cover art by Taj Tenfold (Lovecraft Country), Raúl Allén (Dune: The Graphic Novel), and Jen Bartel (Coffin Bound), will be available for sale on April 28, 2021 exclusively at local comic book shops (use comicshoplocator.com to find the nearest one) or at the BOOM! Studios webstore. Digital copies can be purchased from content providers, including comiXology, iBooks, Google Play, and Madefire. 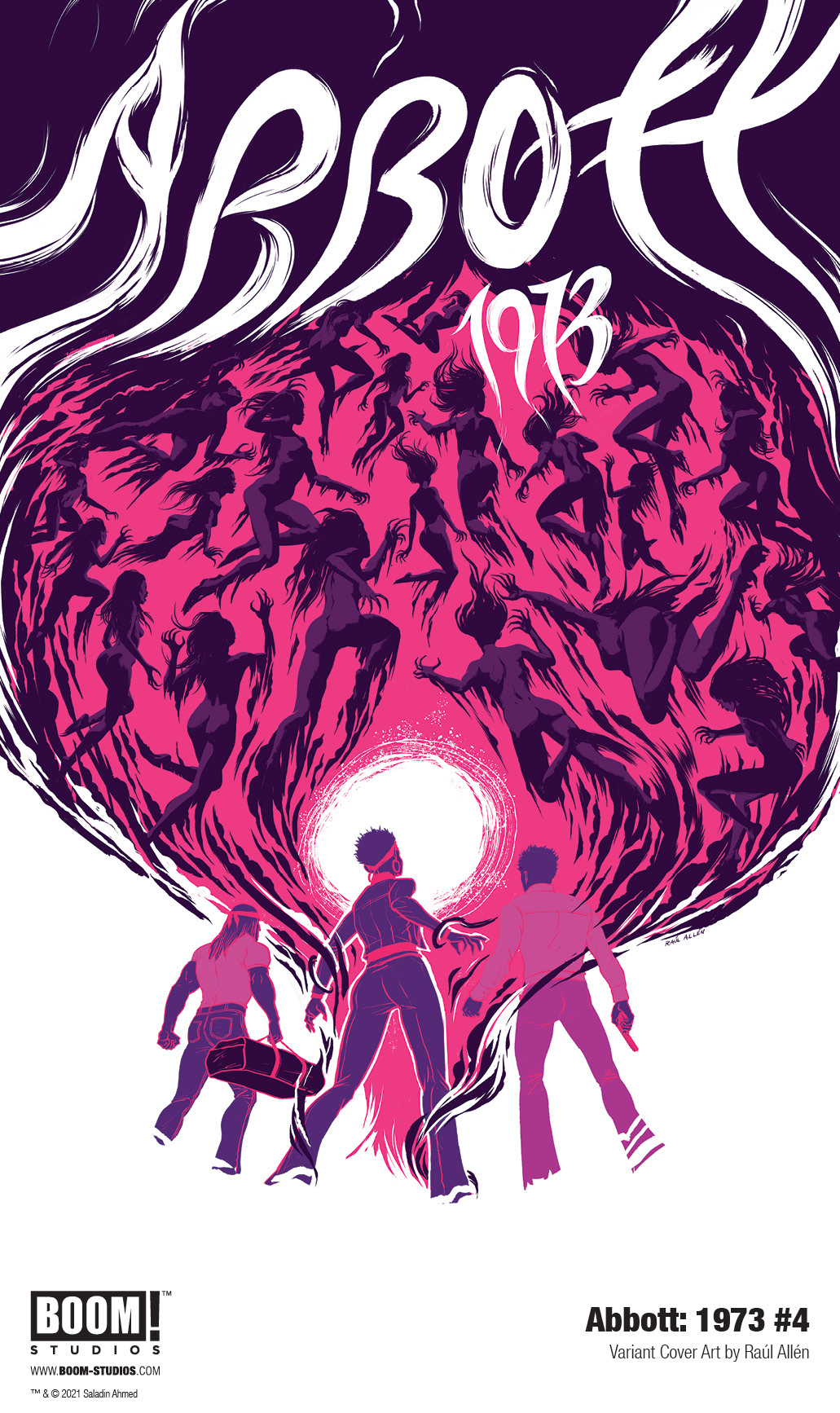 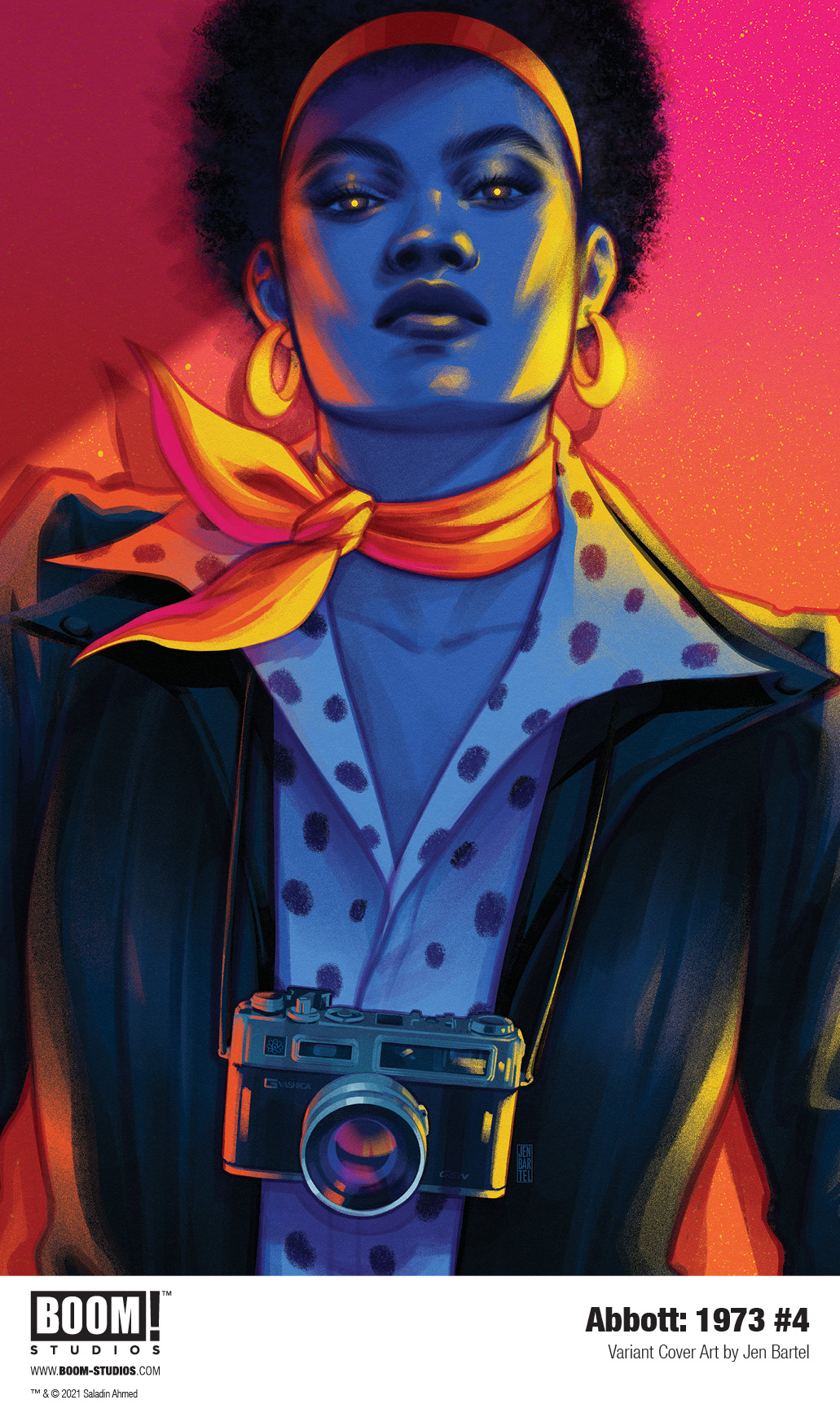 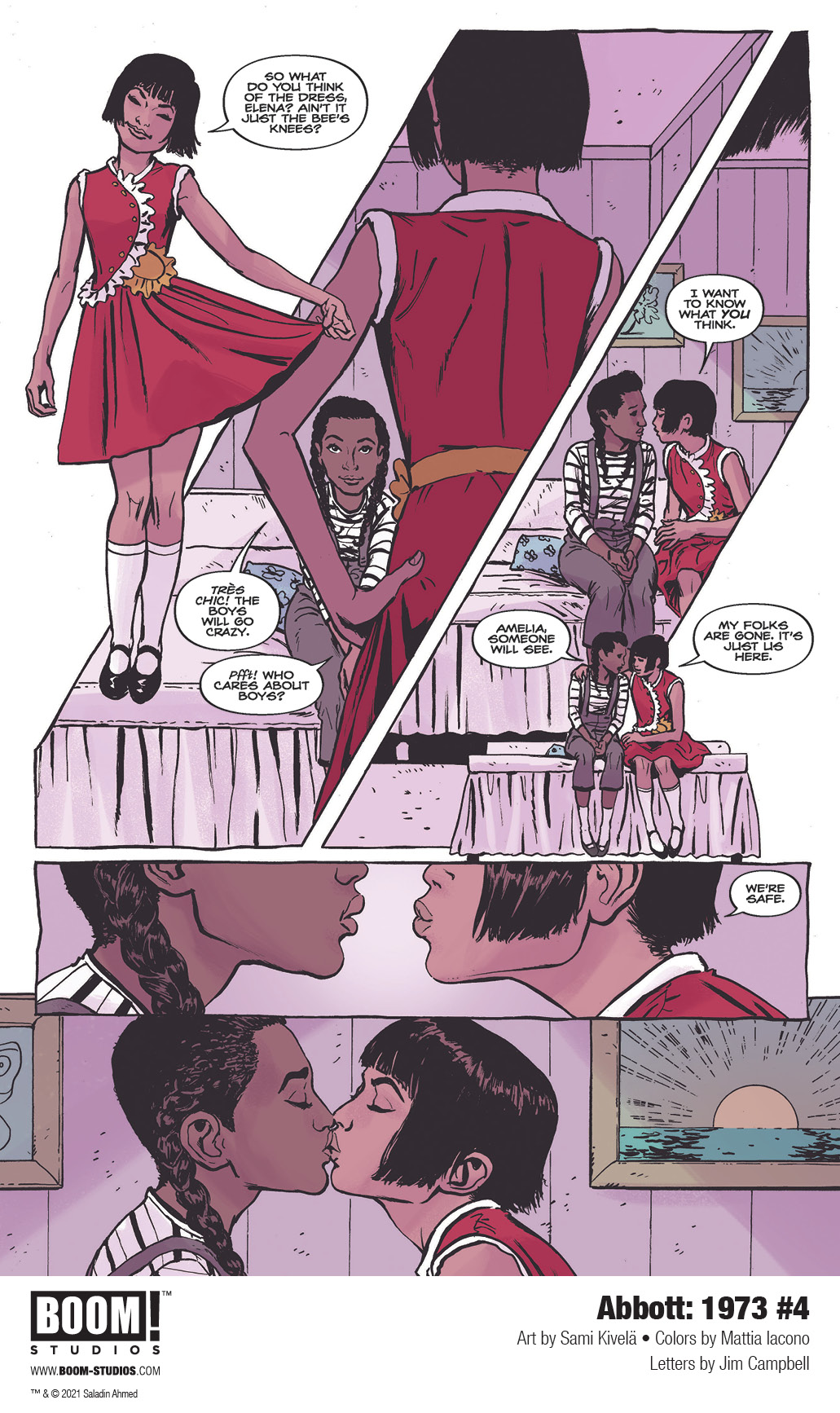 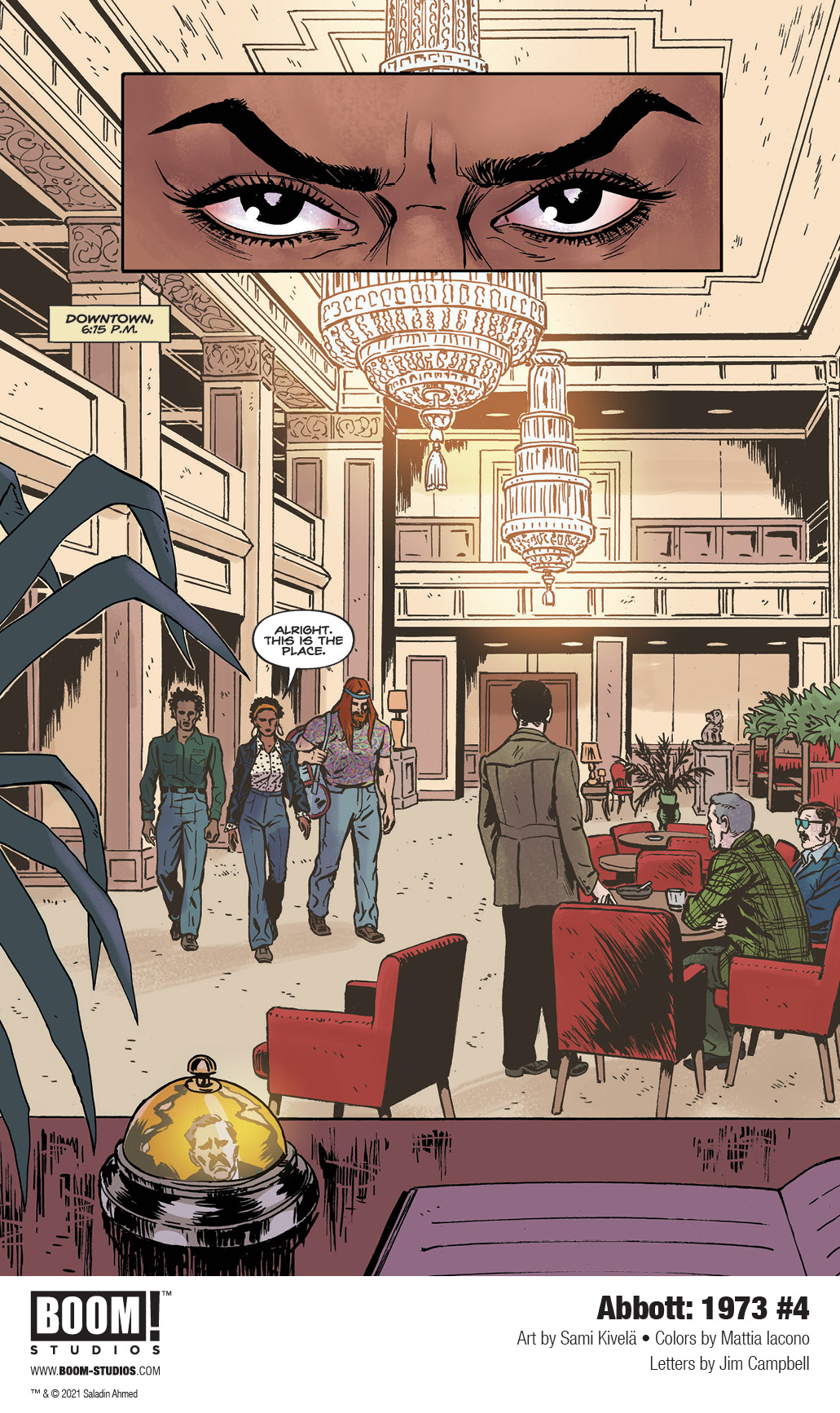 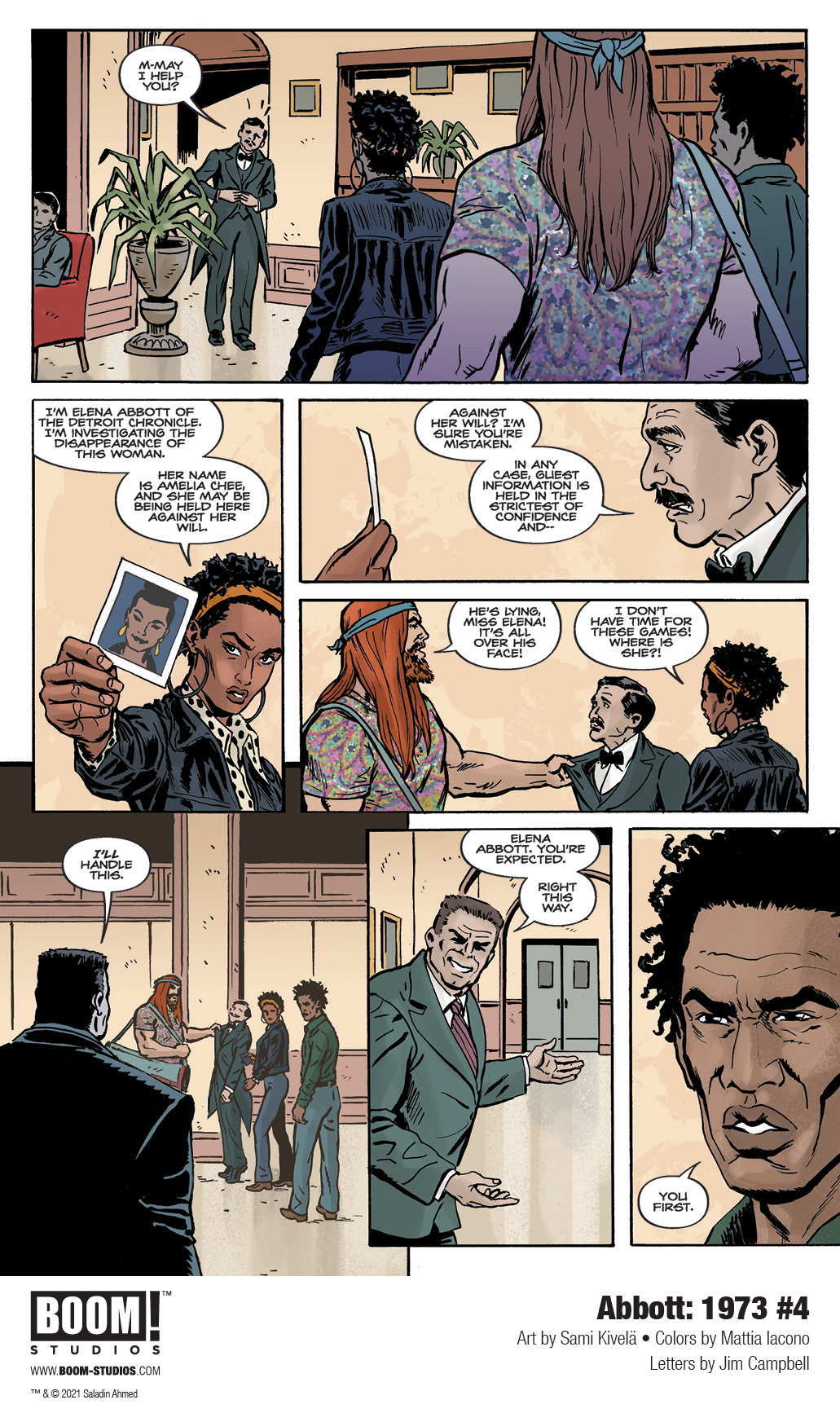 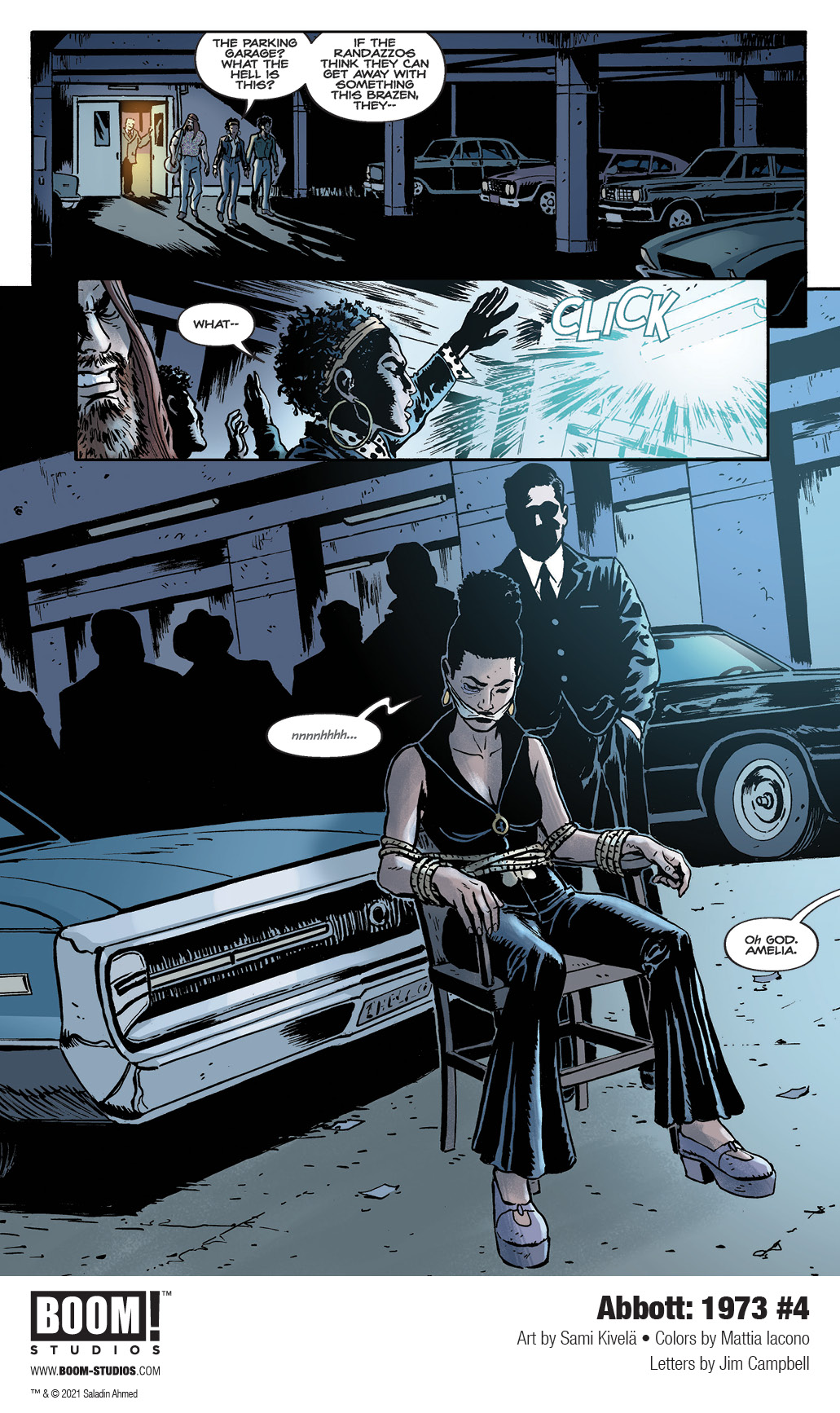 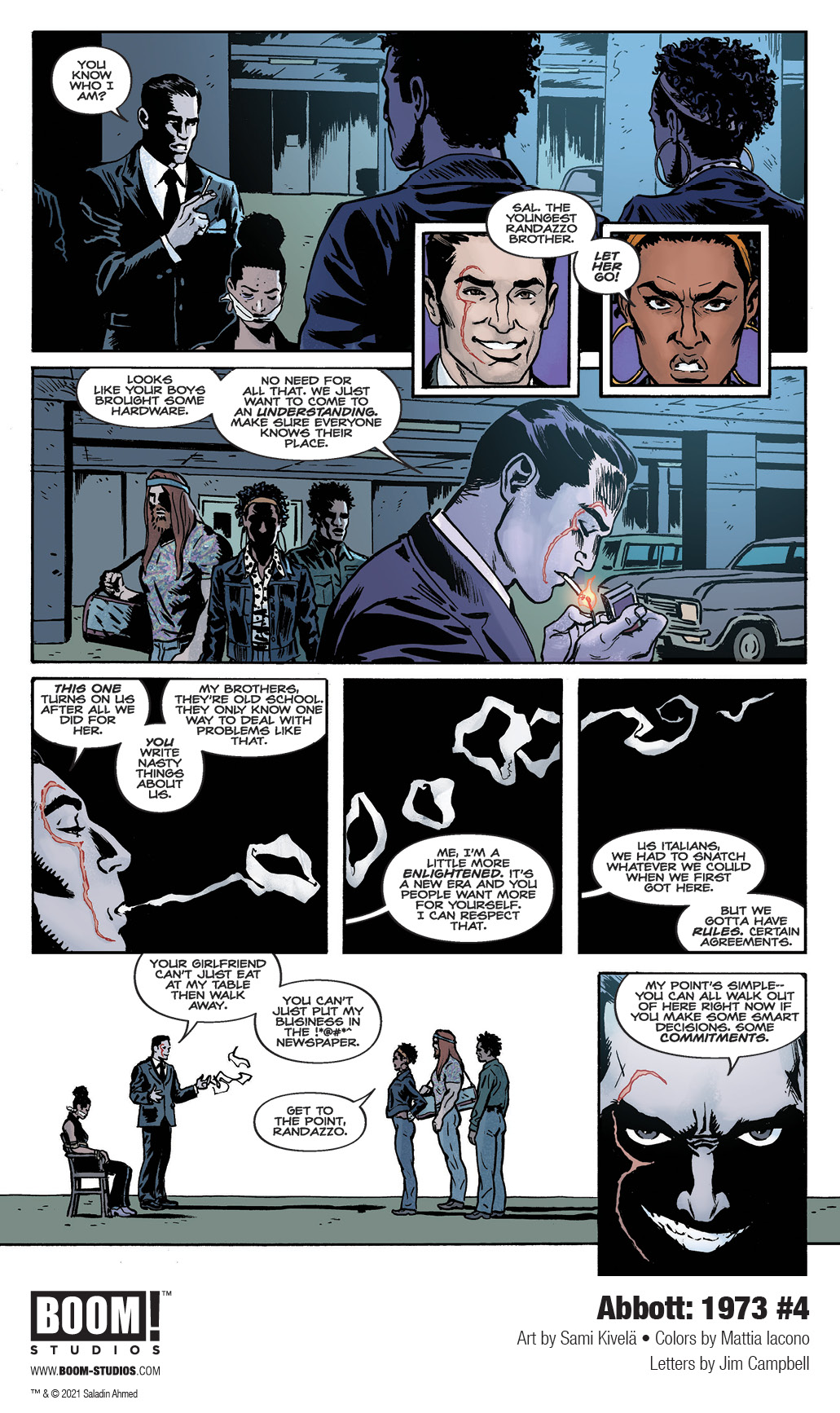