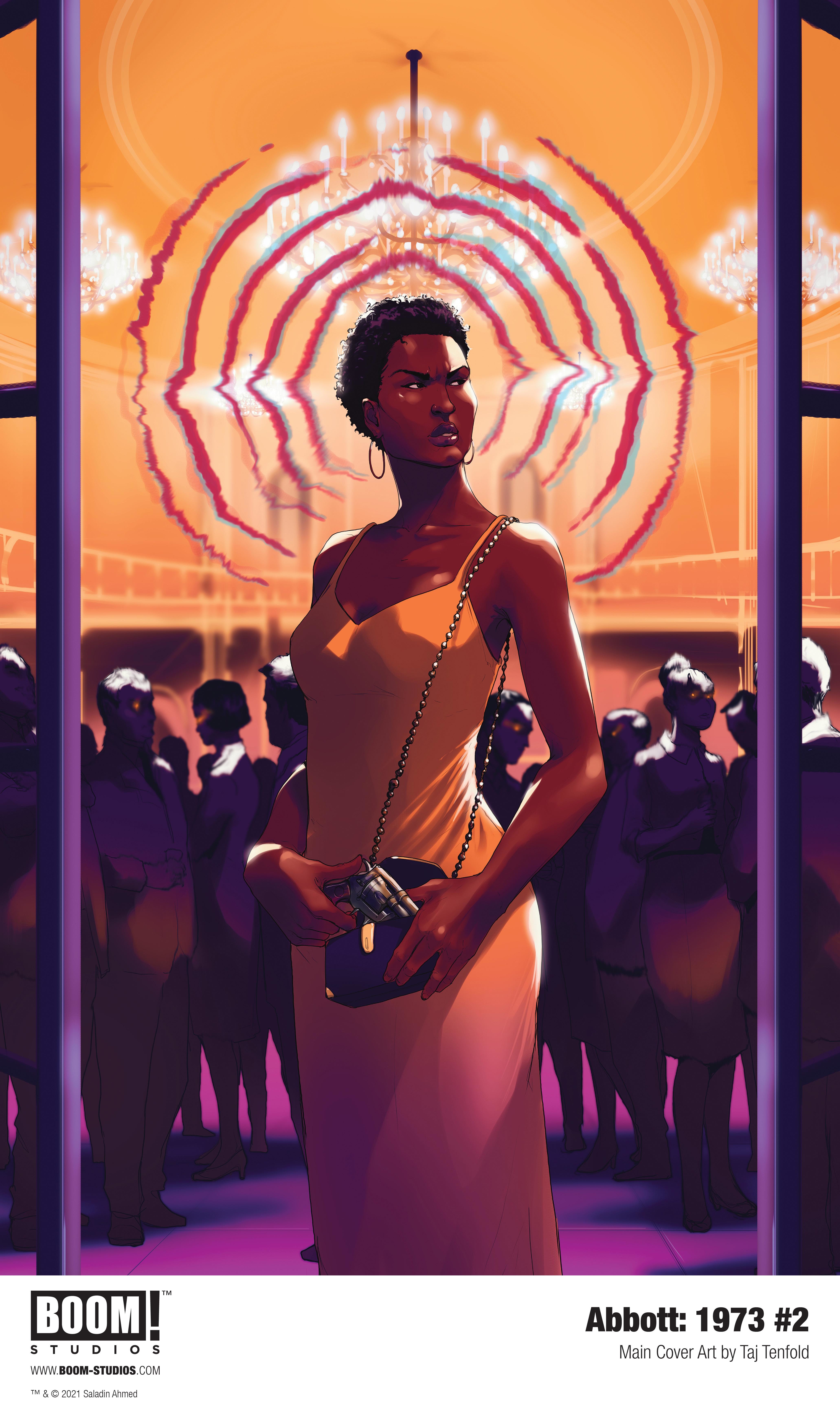 An old friend sends an ominous warning to Abbott – her enemies have returned to weaken her by any means necessary. As the personal losses mount and her efforts at the newspaper are blocked, Abbott finally catches a break – uncovering one of the most guarded secrets of the group aiming to take down the man who would be Detroit’s first Black mayor. But all victories come with a cost…and this one may just be too high for Abbott to pay!

Readers can find ABBOTT VOL 1 available everywhere books are sold. In the uncertain social and political climate of 1972 Detroit, hard-nosed, chain-smoking tabloid reporter Elena Abbott investigates a series of grisly crimes that the police have ignored. Crimes she knows to be the work of dark occult forces. Forces that took her husband from her. Forces she has sworn to destroy.

Print copies of ABBOTT: 1973 #2, featuring cover art by Taj Tenfold (Lovecraft Country), Raúl Allén (Dune: The Graphic Novel), and Mirka Andolfo (Mercy), will be available for sale on February 17, 2021 exclusively at local comic book shops (use comicshoplocator.com to find the nearest one) or at the BOOM! Studios webstore. Digital copies can be purchased from content providers, including comiXology, iBooks, Google Play, and Madefire. 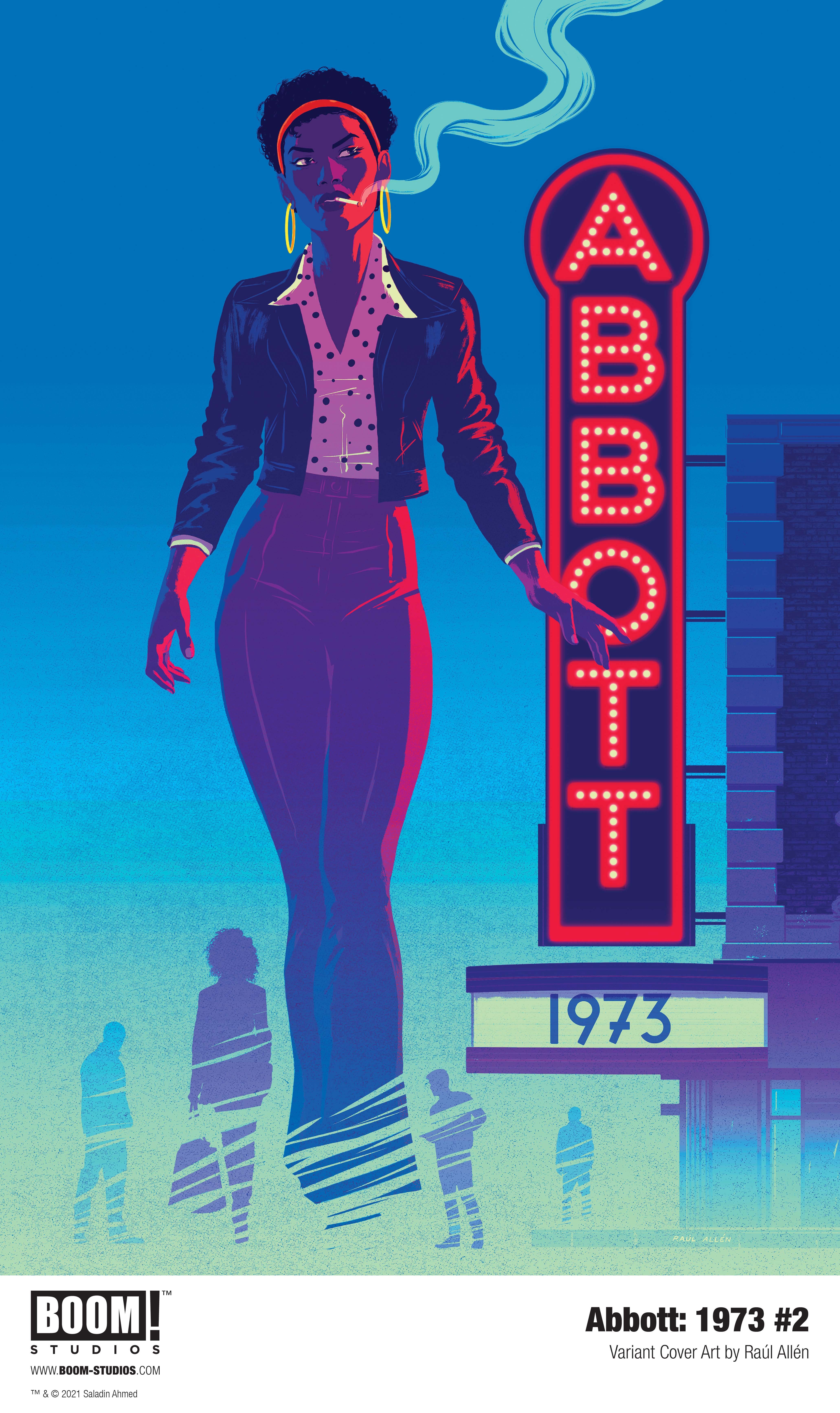 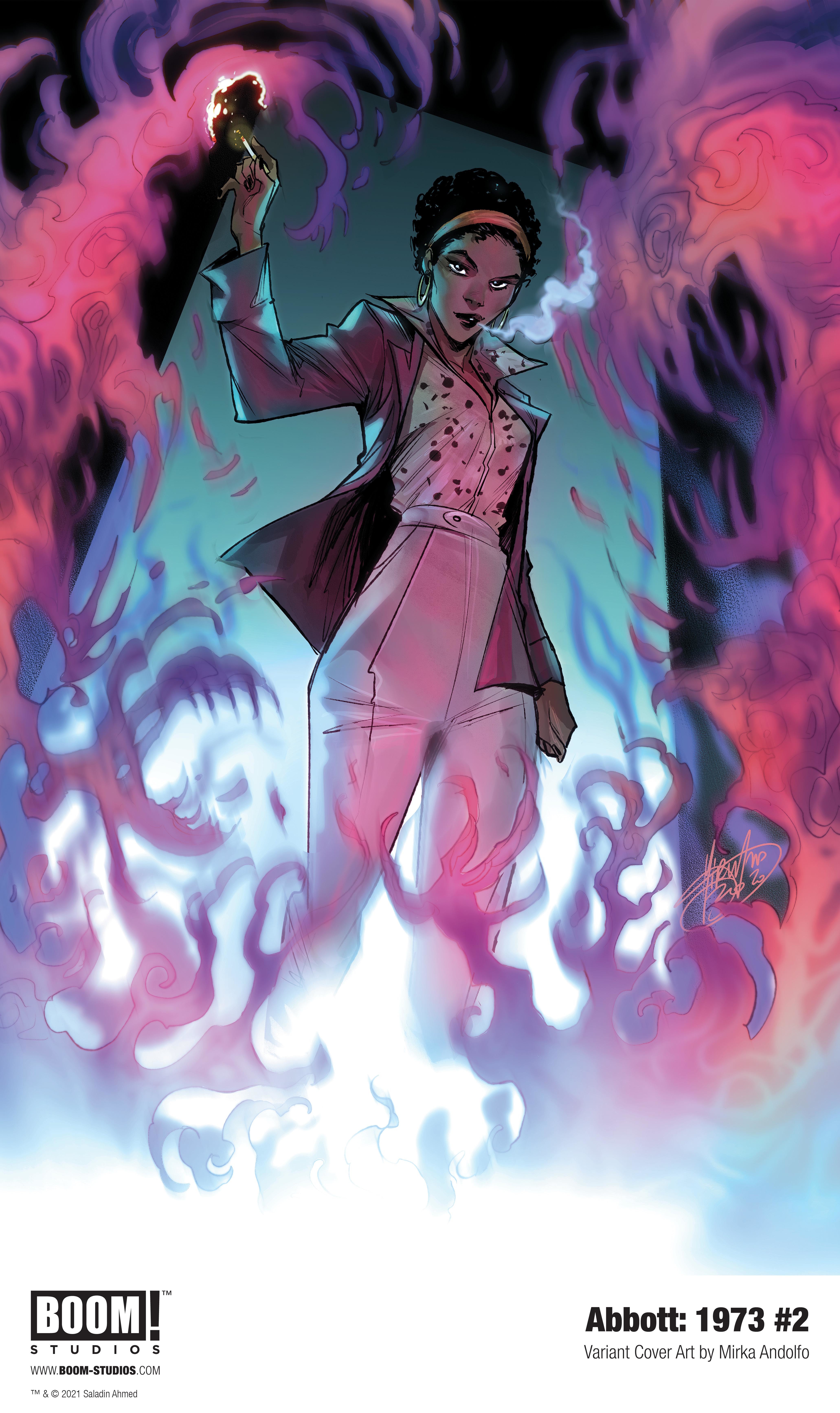 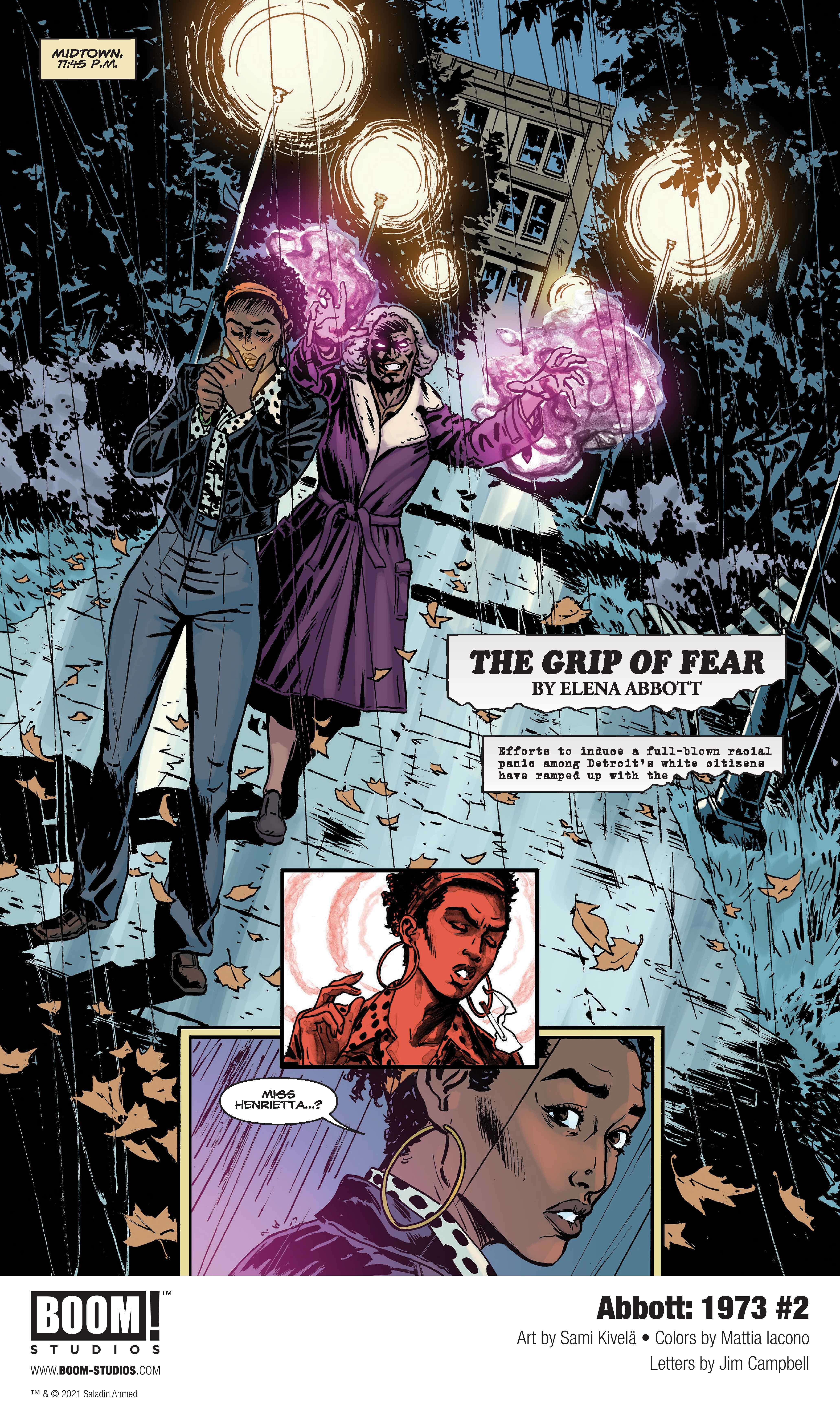 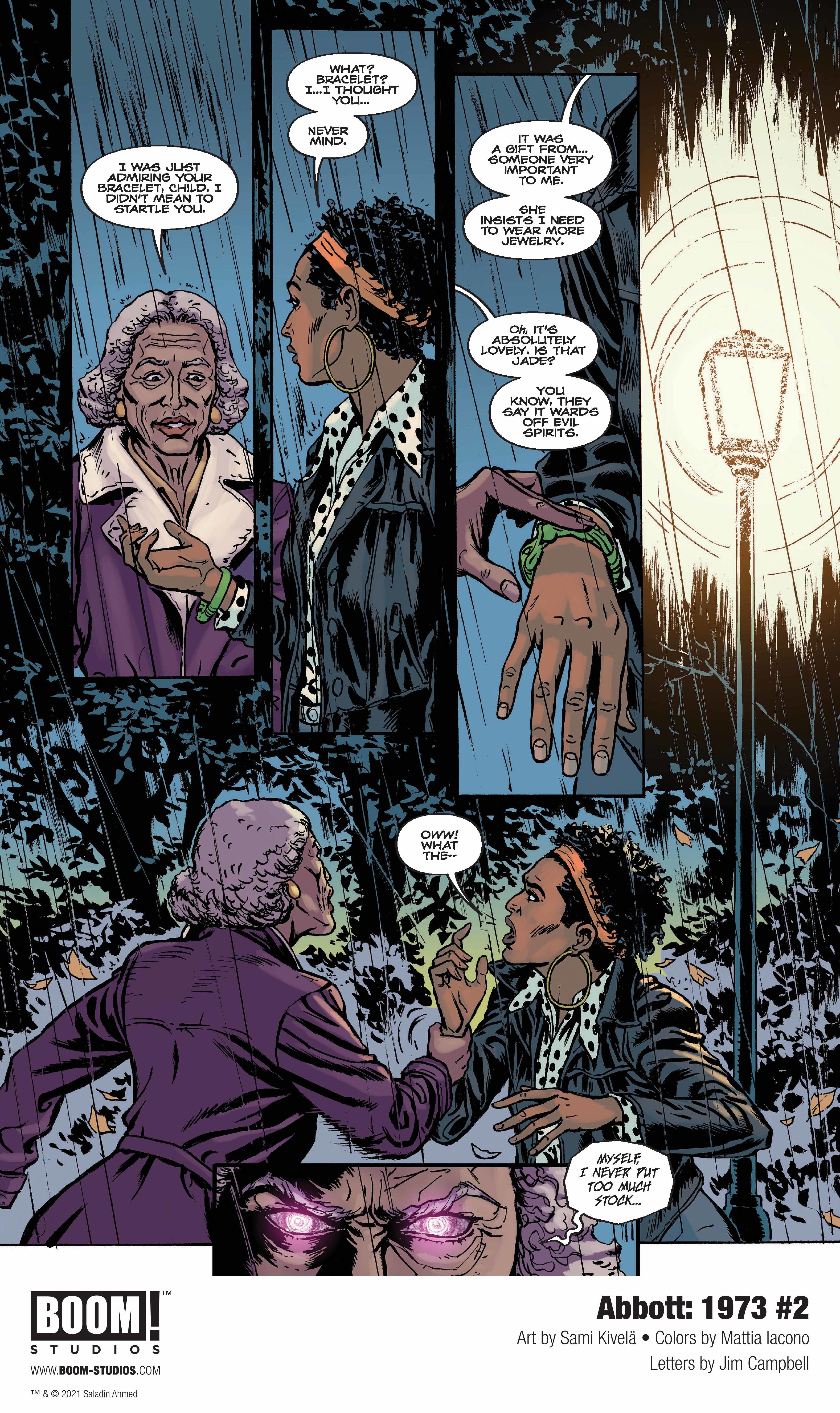 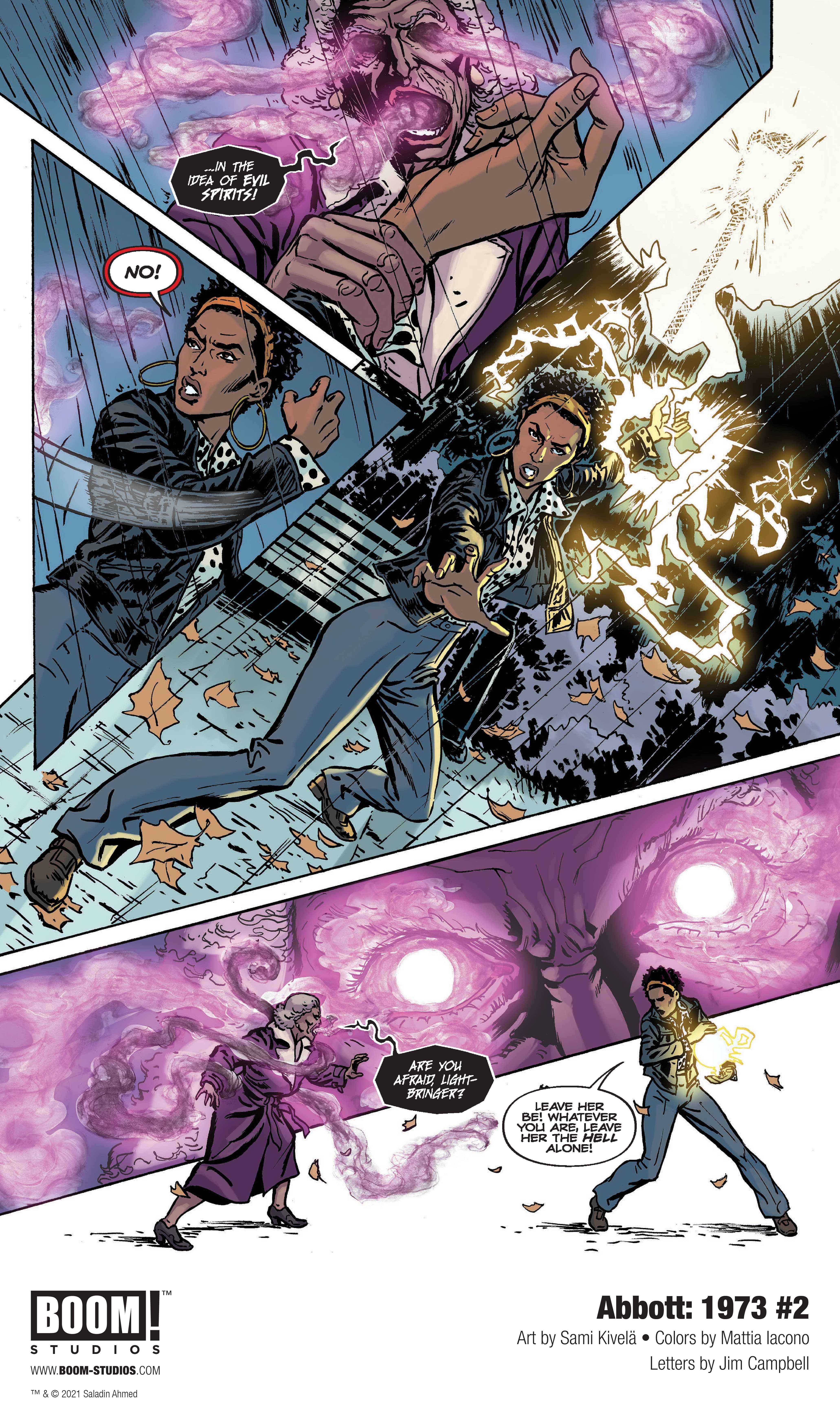 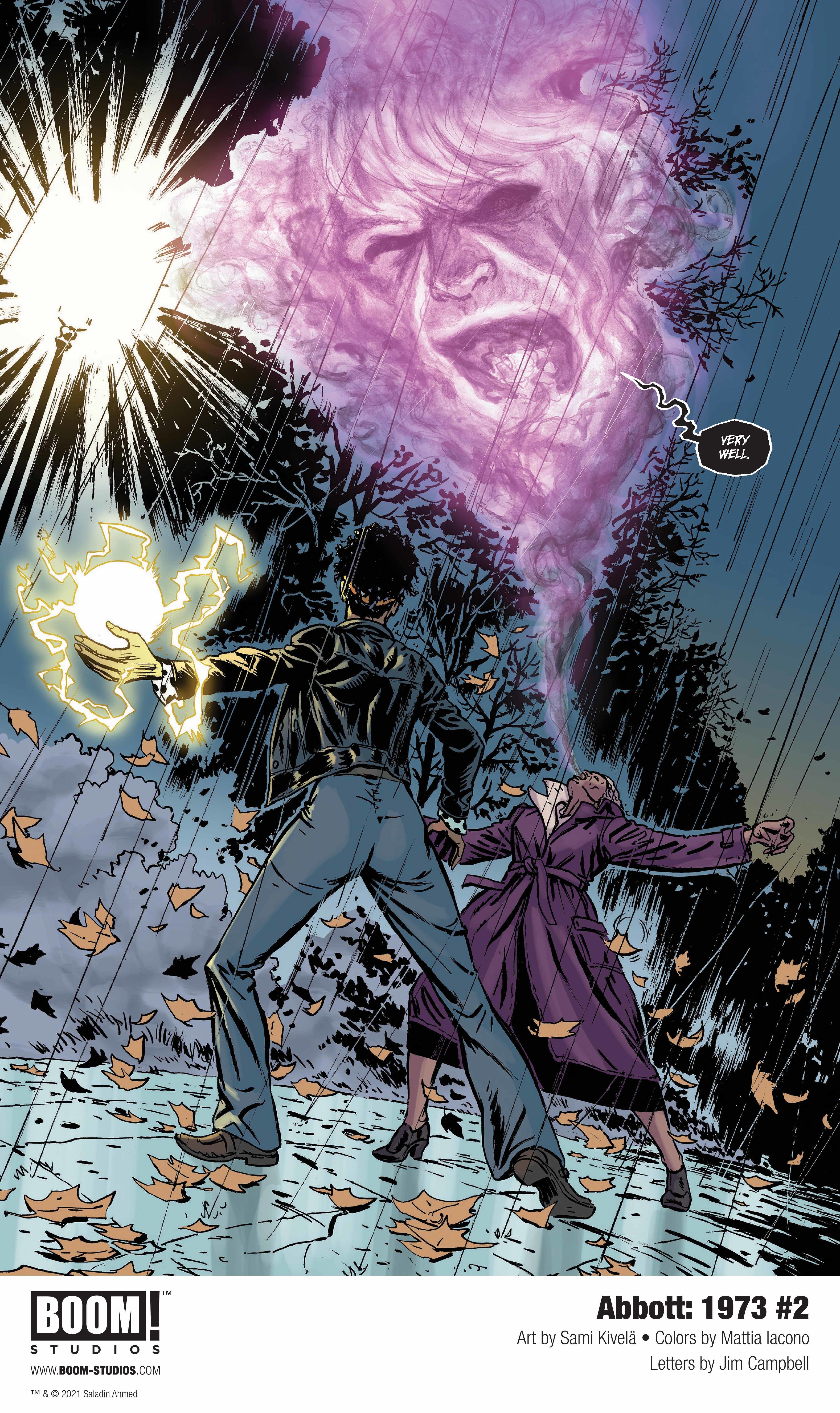 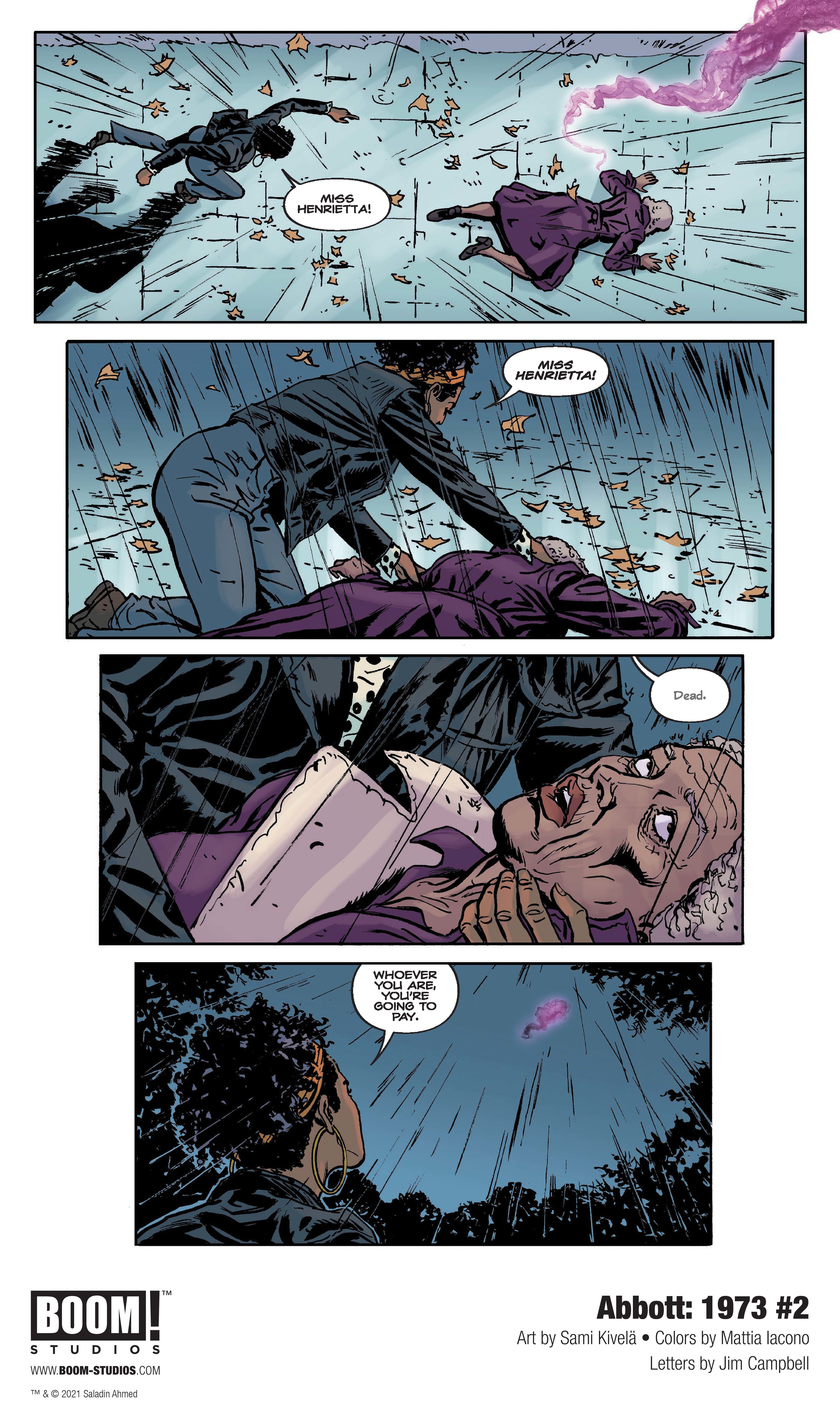