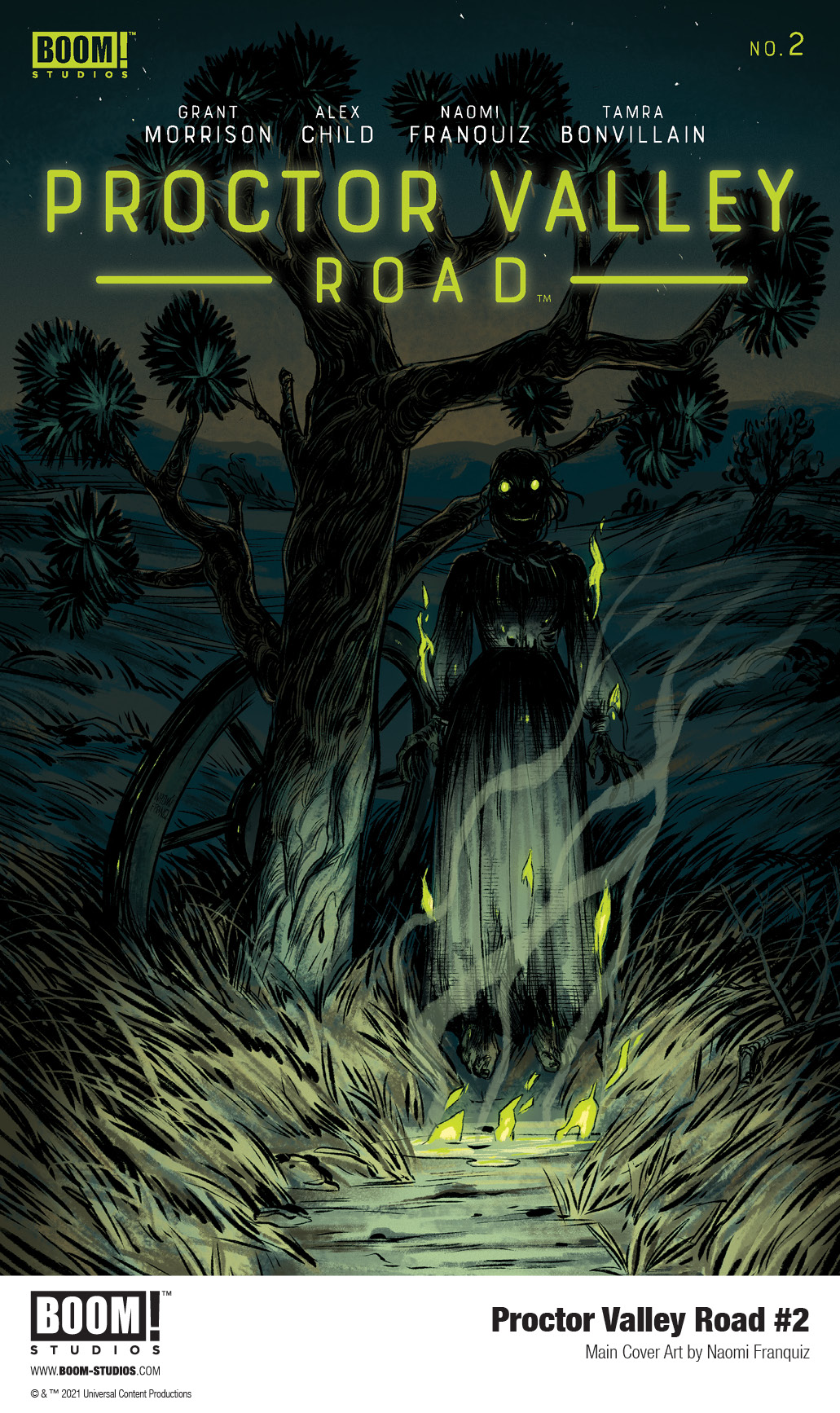 August, Rylee, Cora & Jennie are the prime suspects in the disappearance of the missing boys, but the authorities have no idea what monsters roam Proctor Valley Road. As the town – and even their families – closes in on the girls, August makes a choice to visit that haunted road one last time. And even if she survives, an even greater threat may have its eyes on these four friends…

PROCTOR VALLEY ROAD is the newest release from BOOM! Studios’ eponymous imprint, home to critically acclaimed original series, including BRZRKR by Keanu Reeves, Matt Kindt, and Ron Garney; We Only Find Them When They’re Dead by Al Ewing and Simone Di Meo; Seven Secrets by Tom Taylor and Daniele Di Nicuolo; Something is Killing the Children by James Tynion IV and Werther Dell’Edera; Once & Future by Kieron Gillen and Dan Mora; Faithless by Brian Azzarello and Maria Llovet; and Abbott by Saladin Ahmed and Sami Kivelä. The imprint also publishes popular licensed properties including Dune: House Atreides by Brian Herbert, Kevin J. Anderson, and Dev Pramanik; Mighty Morphin and Power Rangers from Ryan Parrott, Marco Renna, and Francesco Mortarino; and the upcoming Magic from Jed McKay and Ig Guara.

PROCTOR VALLEY ROAD is the first comic book from UCP Graphic, a new extension of television studio UCP, a division of Universal Studio Group, that has partnered with BOOM! Studios along with established and up-and-coming talent to create and publish original graphic novels and comic books. UCP will also adapt PROCTOR VALLEY ROAD for television, with BOOM! Studios’ Ross Richie and Stephen Christy attached as executive producers, and will shop the adaptation to networks and streaming platforms.

Print copies of PROCTOR VALLEY ROAD #2, for mature readers, will be available on April 14, 2021 exclusively at local comic book shops (use comicshoplocator.comto find the one nearest you) or at the BOOM! Studios webstore. Digital copies can be purchased from content providers like comiXology, iBooks, Google Play, and Madefire.

For continuing news on the PROCTOR VALLEY ROAD and more from BOOM! Studios, stay tuned to www.boom-studios.com and follow @boomstudios on Twitter. 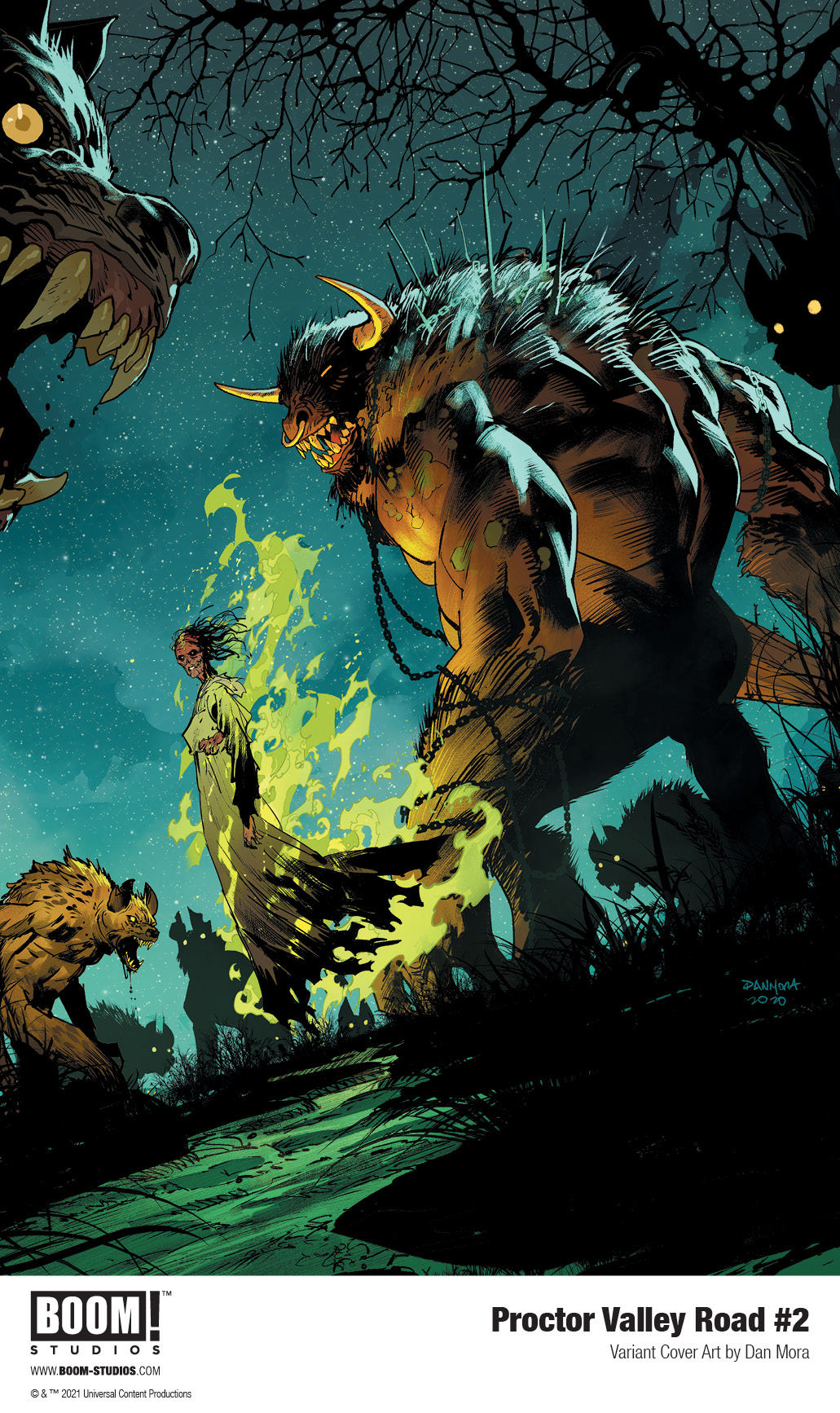 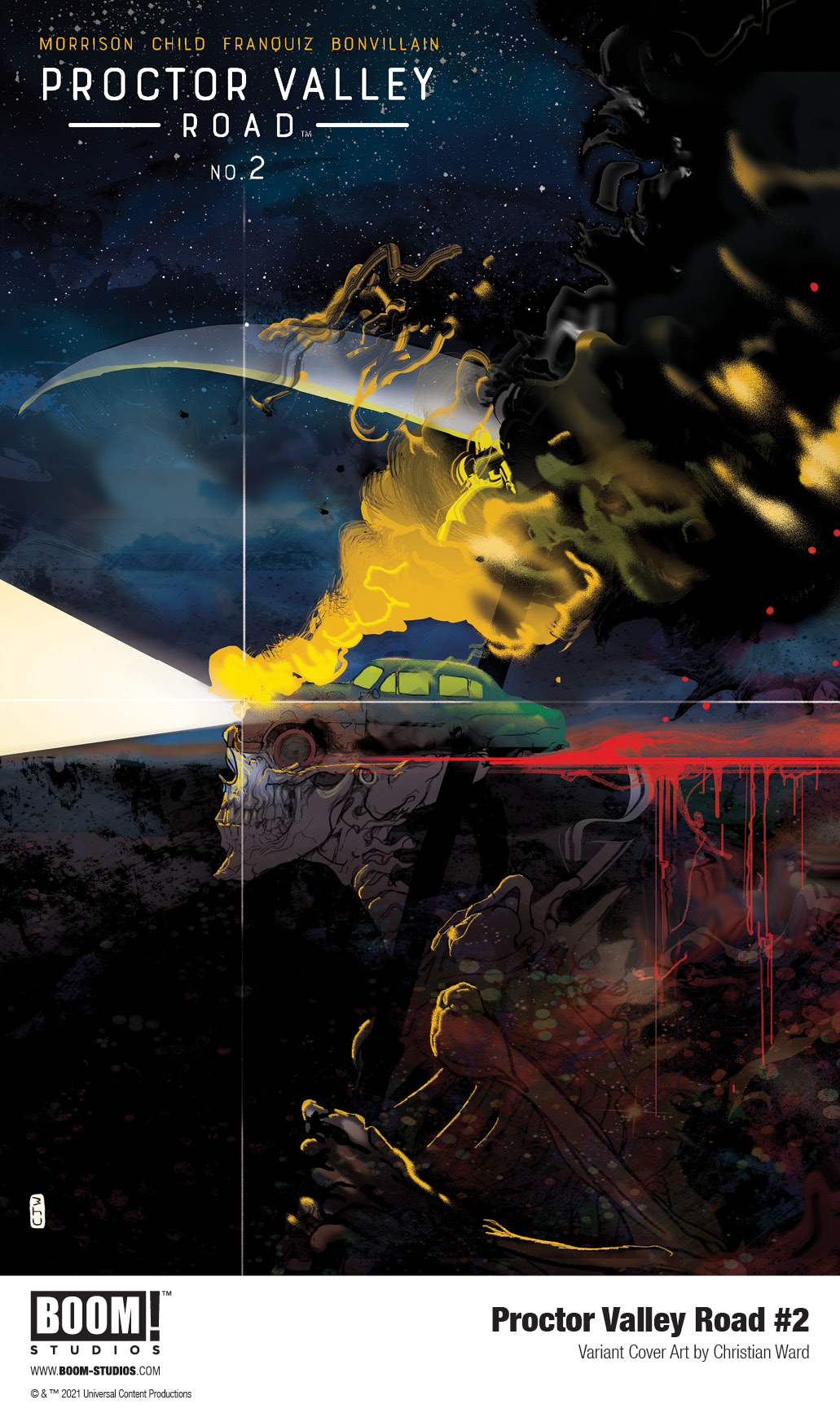 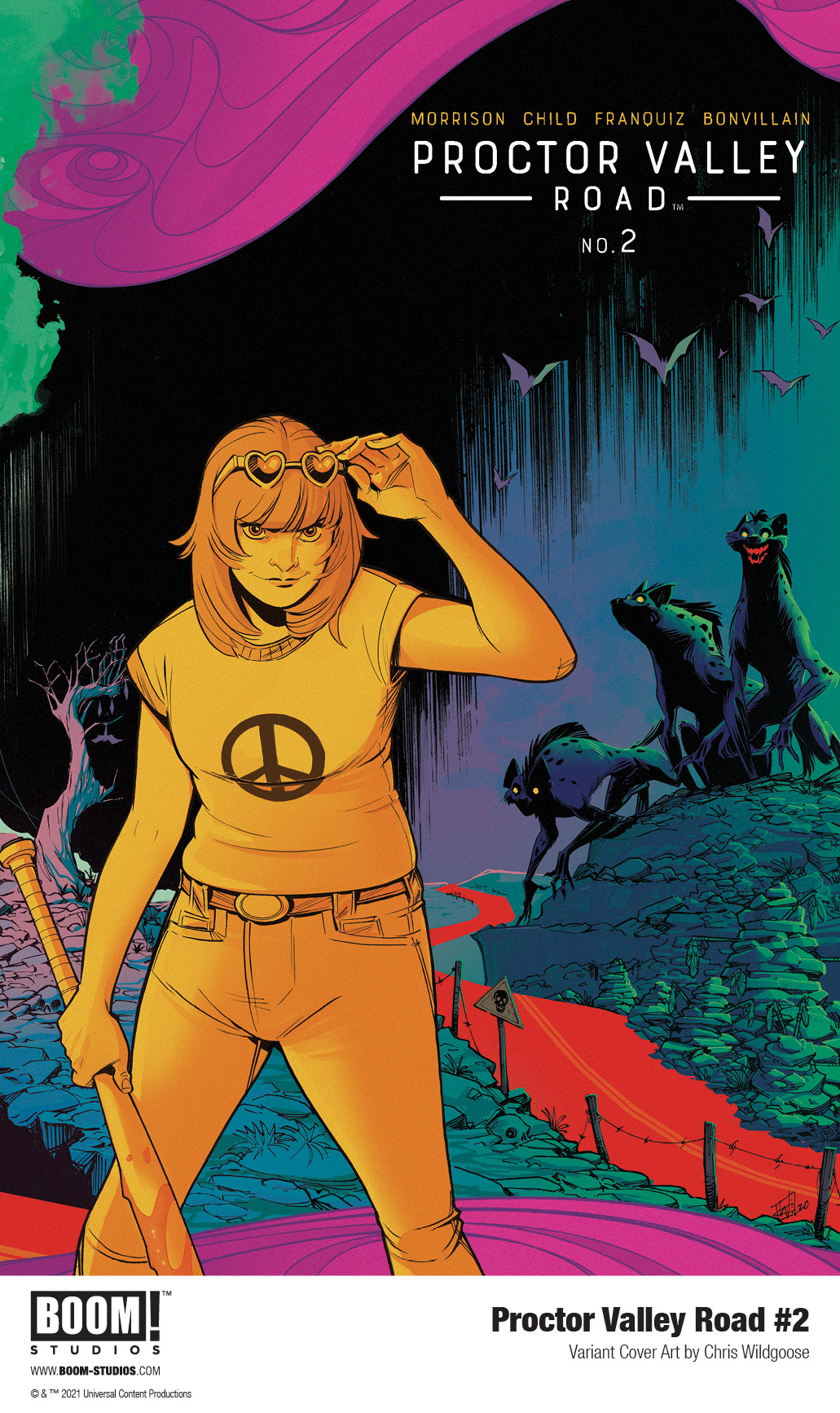 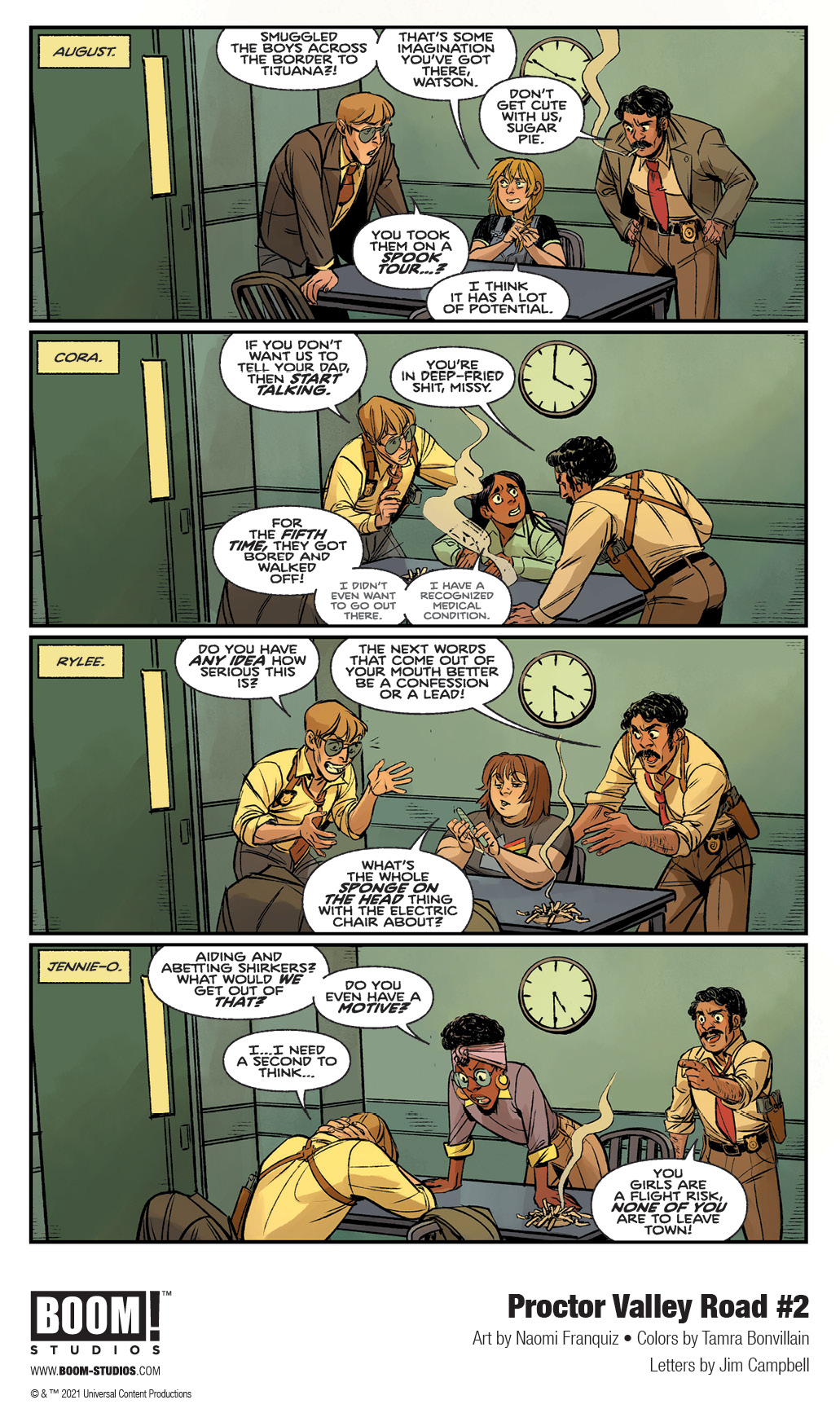 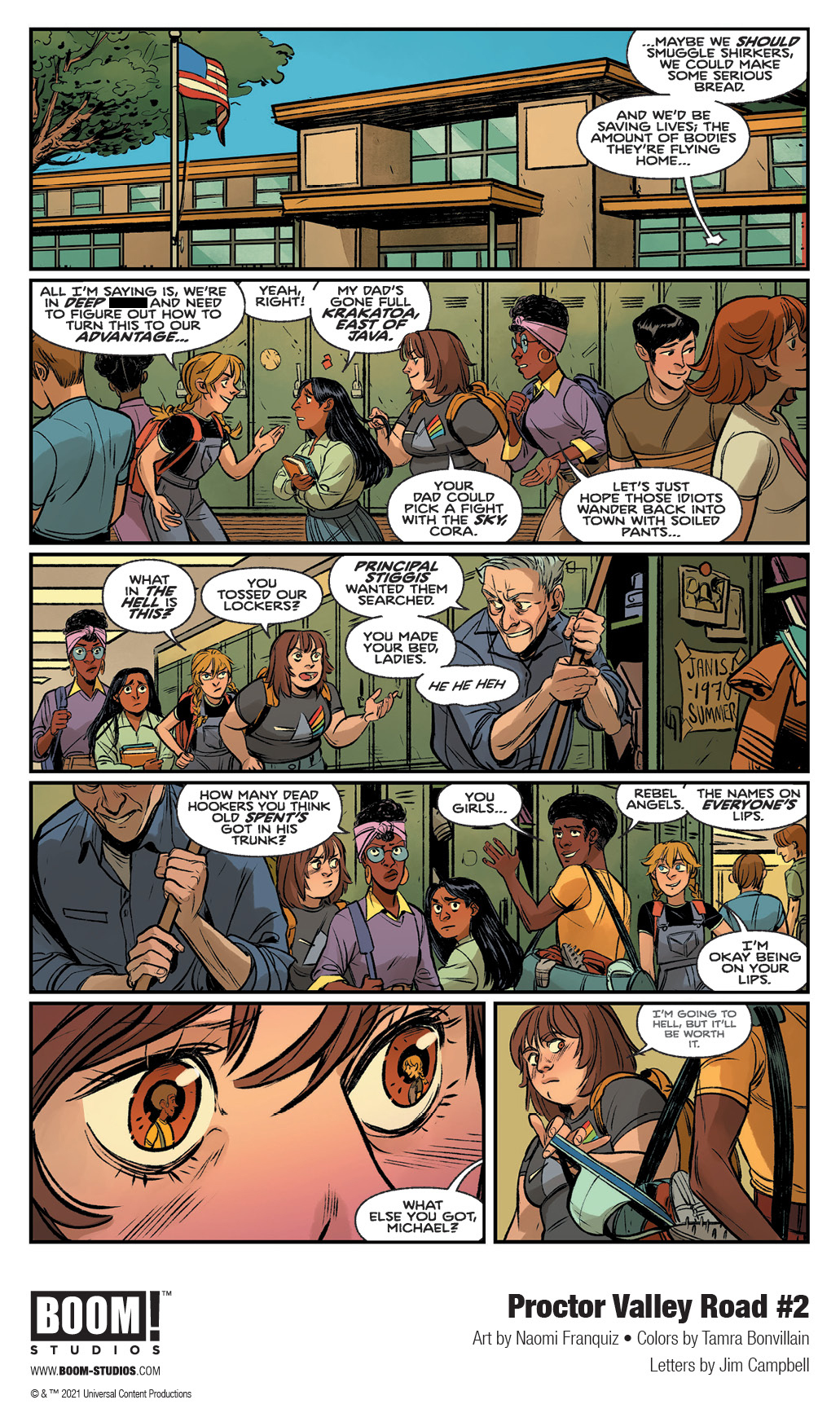 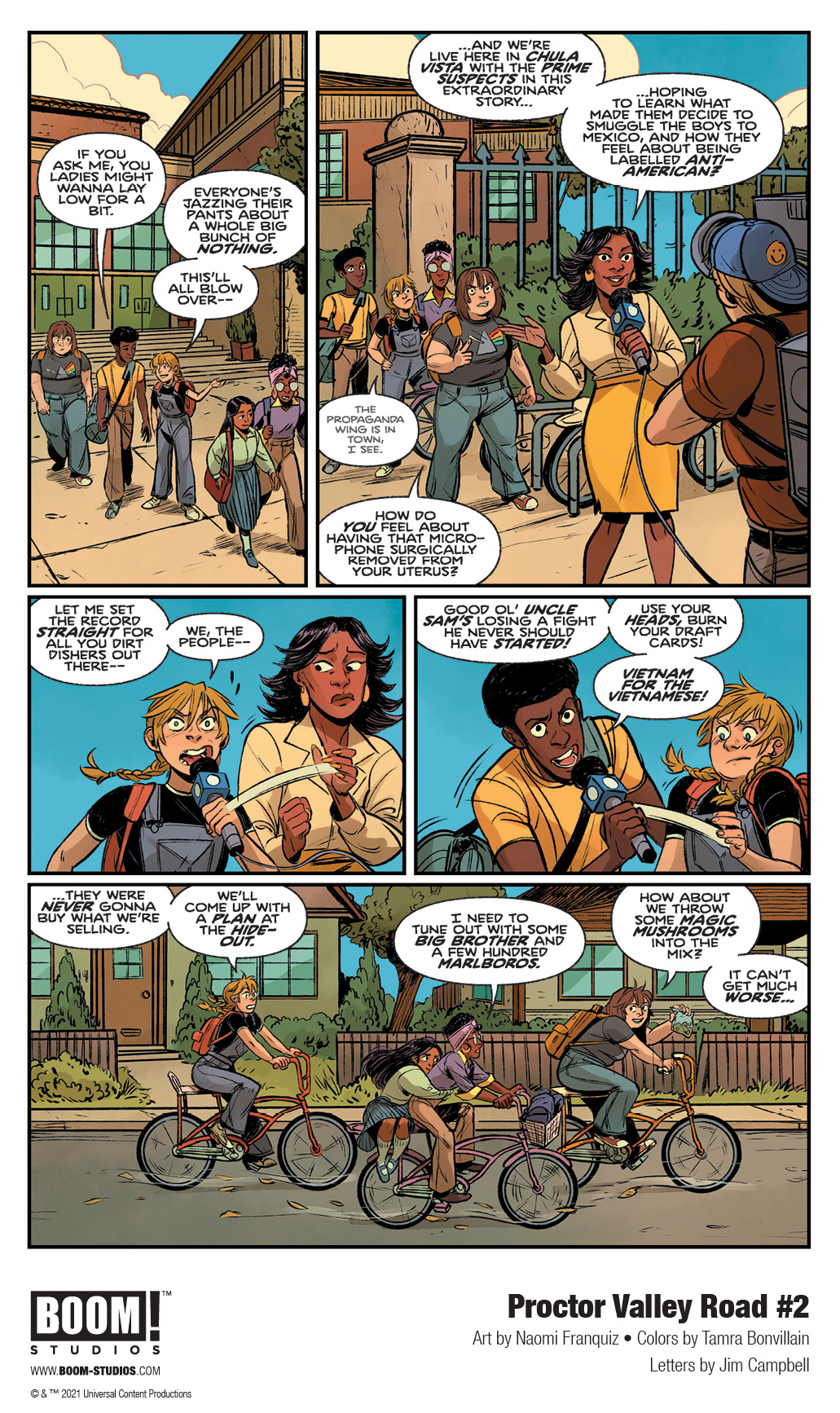 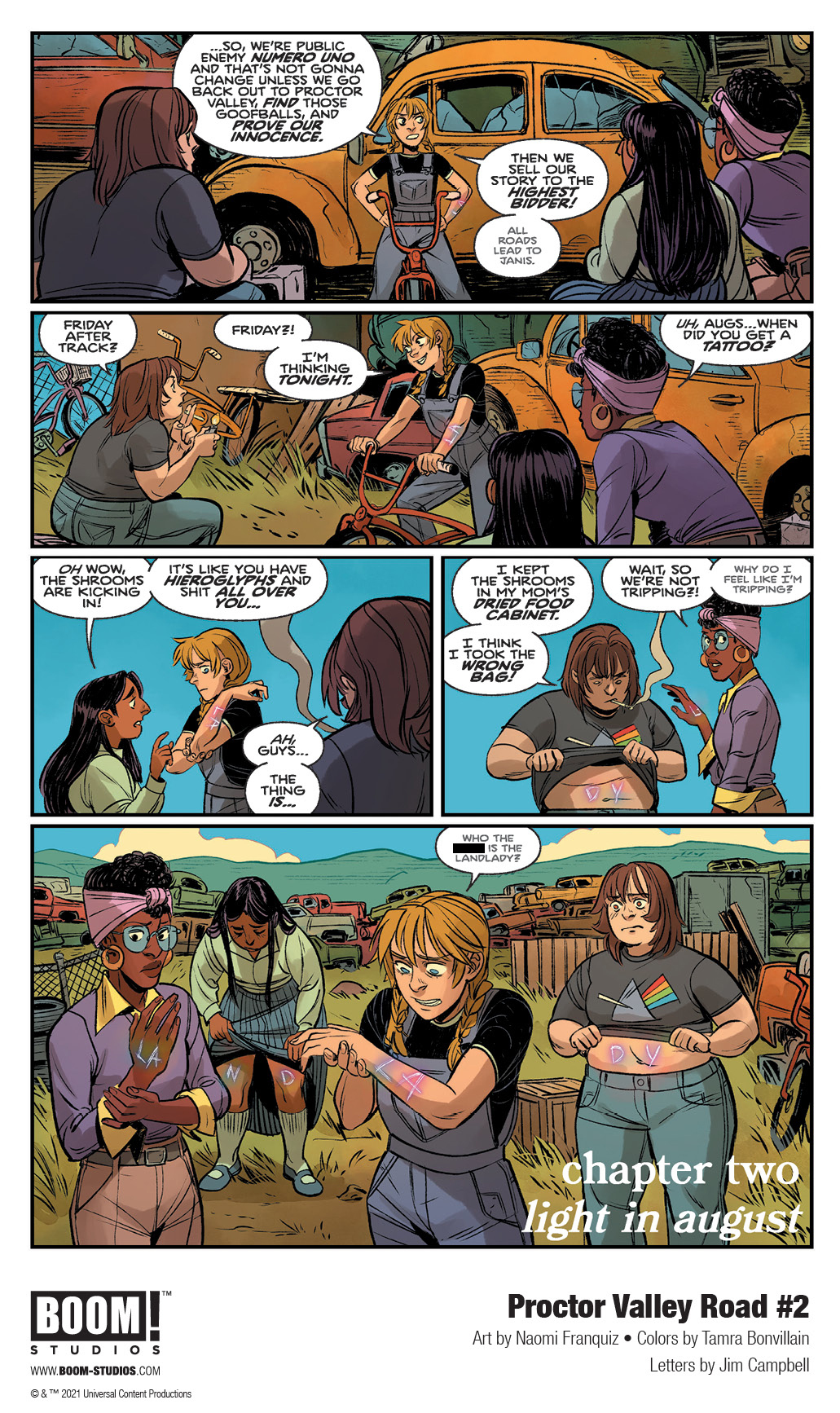 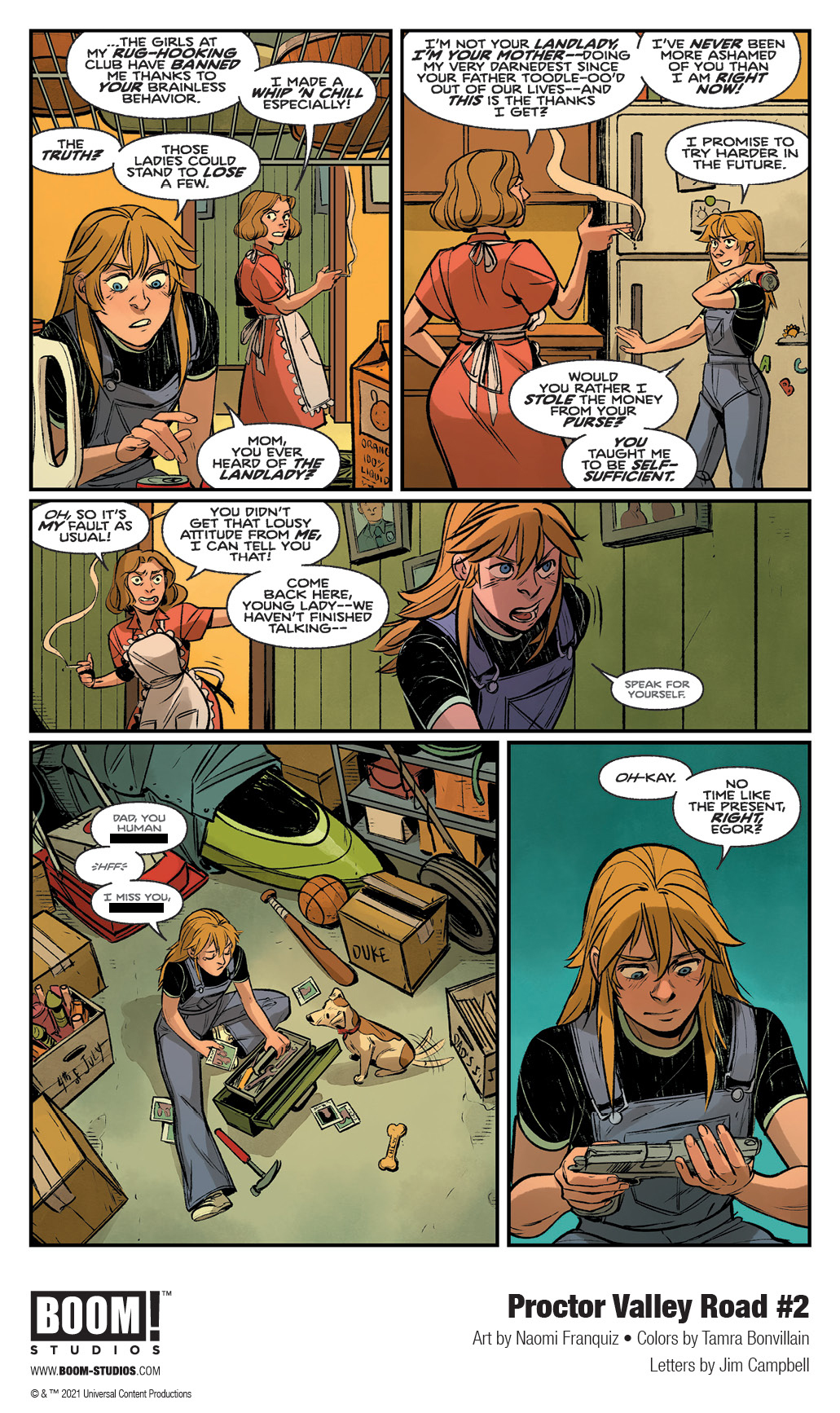