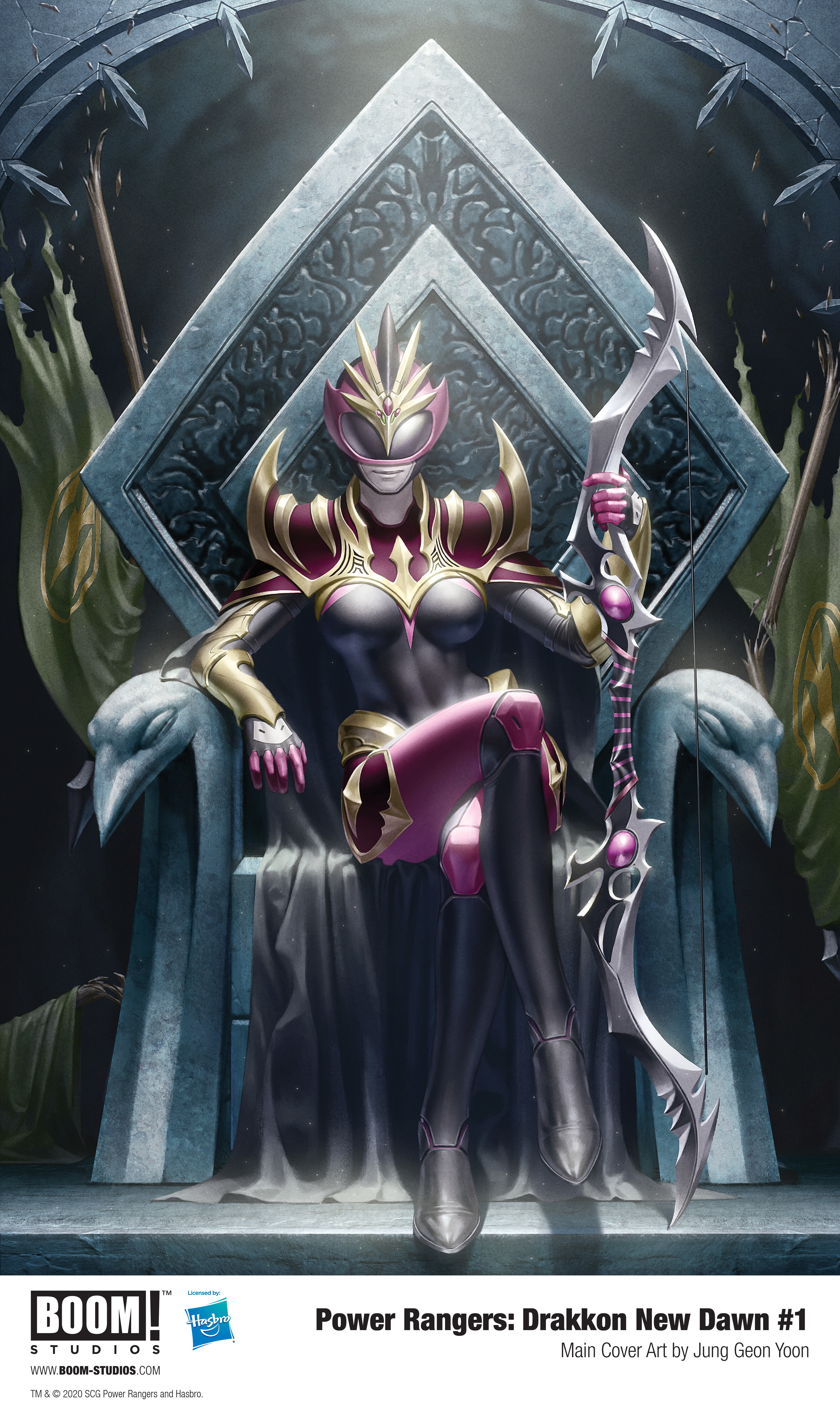 After the shocking events of Power Rangers: Ranger Slayer #1, Kimberly is determined to purge the terrifying hold that Drakkon has had over her world, starting with Deadlock; the prison tower where Drakkon held all those who opposed him. But even the Ranger Slayer has no clue of the true power kept in Deadlock—and what unlocking the doors will set into motion. As Kimberly investigates the worst of Drakkon’s secrets, she sets in motion Drakkon’s final plan—one that will pit her against a fan-favorite Power Rangers villain like you’ve never seen them before!

Print copies of POWER RANGERS: DRAKKON NEW DAWN #1 are scheduled to be available on August 19, 2020 exclusively at local comic book shops (use comicshoplocator.com to find the one nearest you), or at the BOOM! Studios webstore. Digital copies can be purchased from content providers like comiXology, iBooks, Google Play, and Madefire. 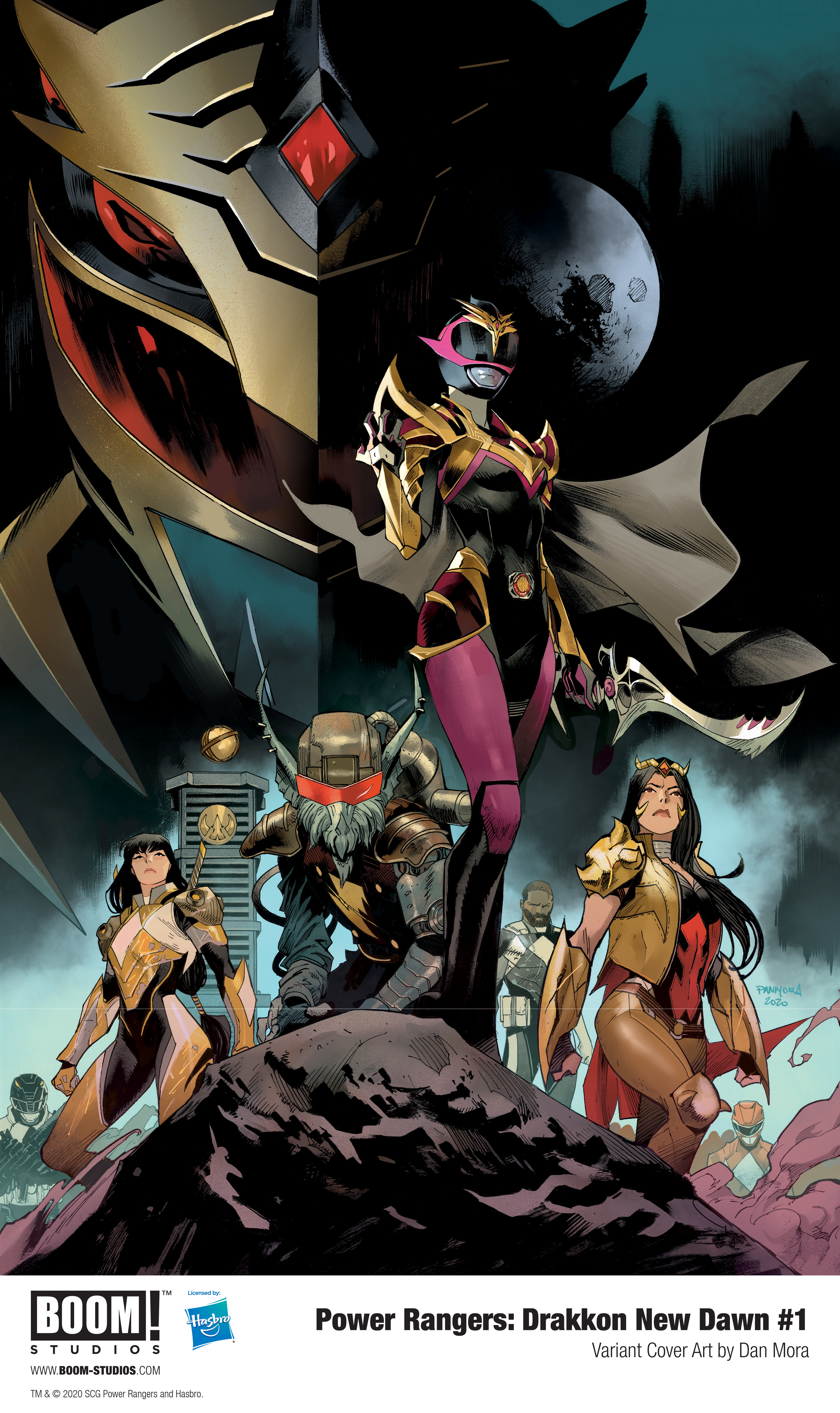 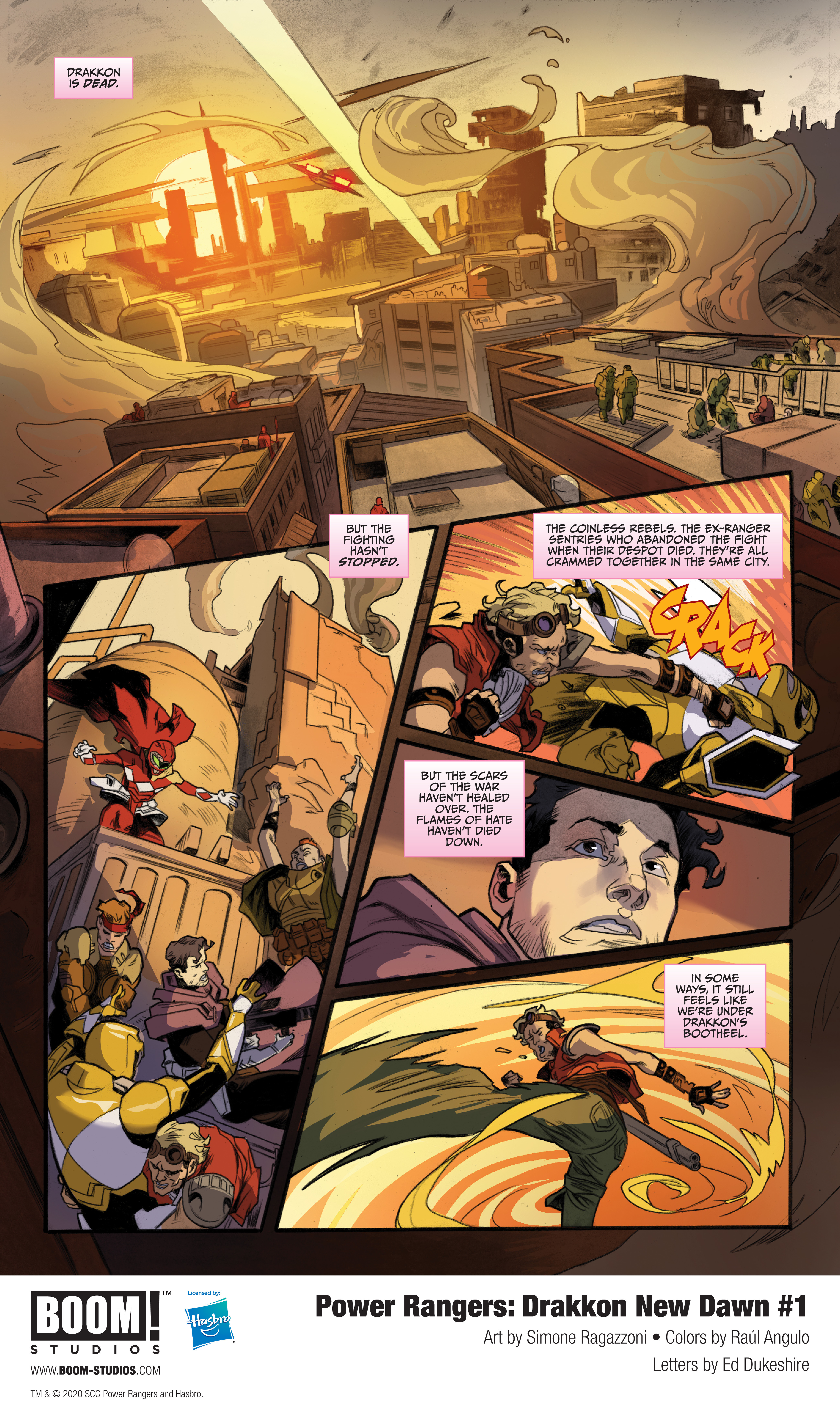 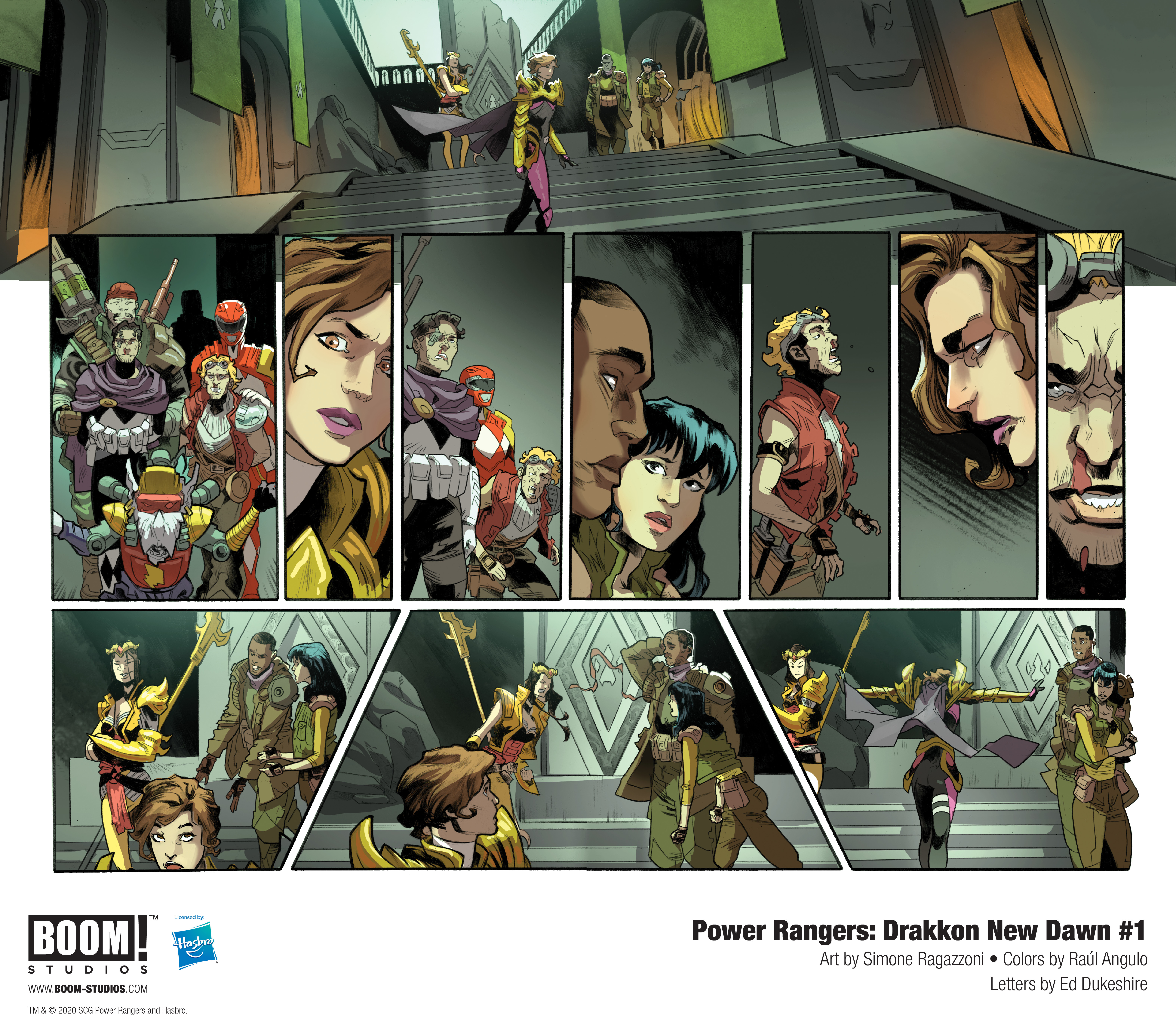 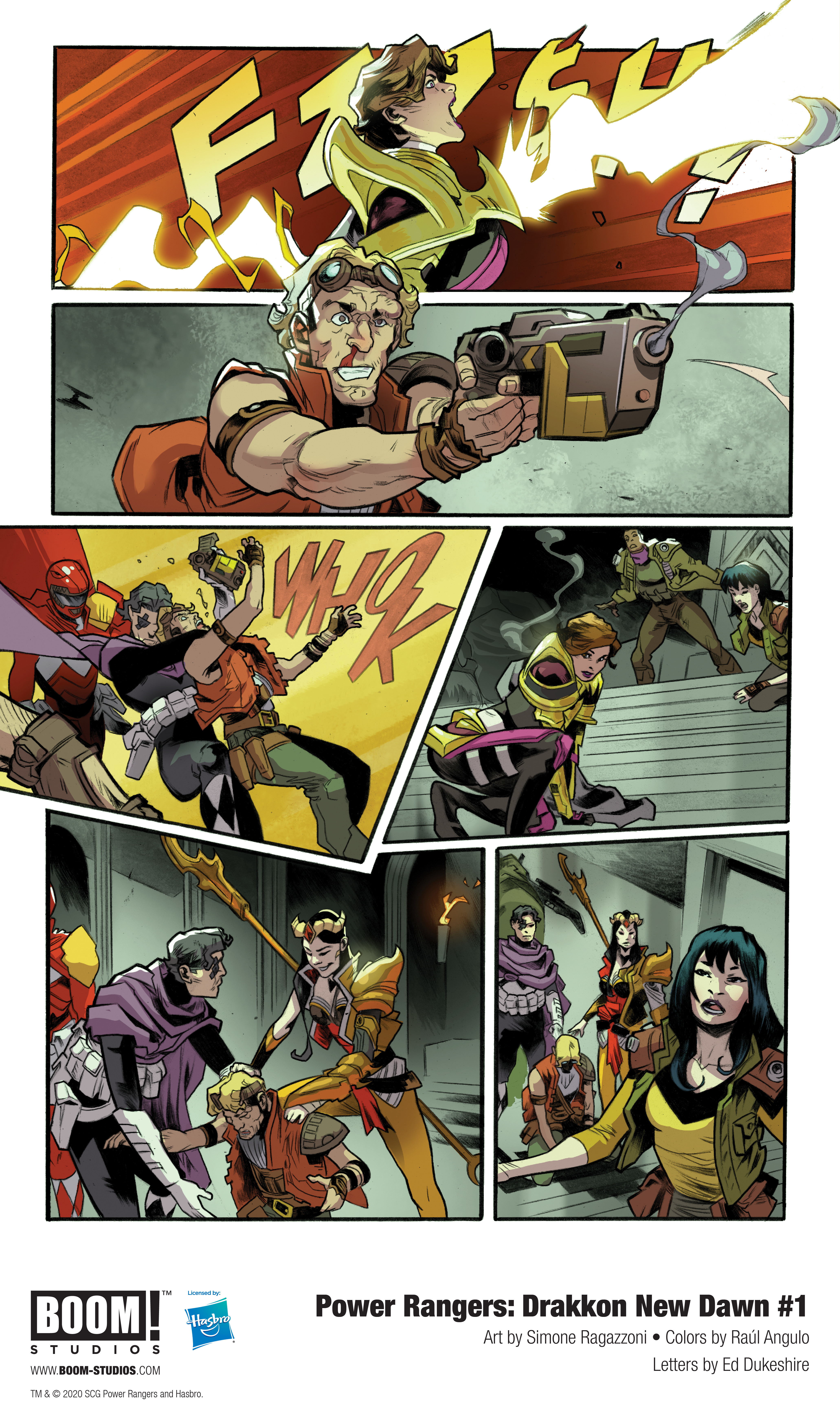 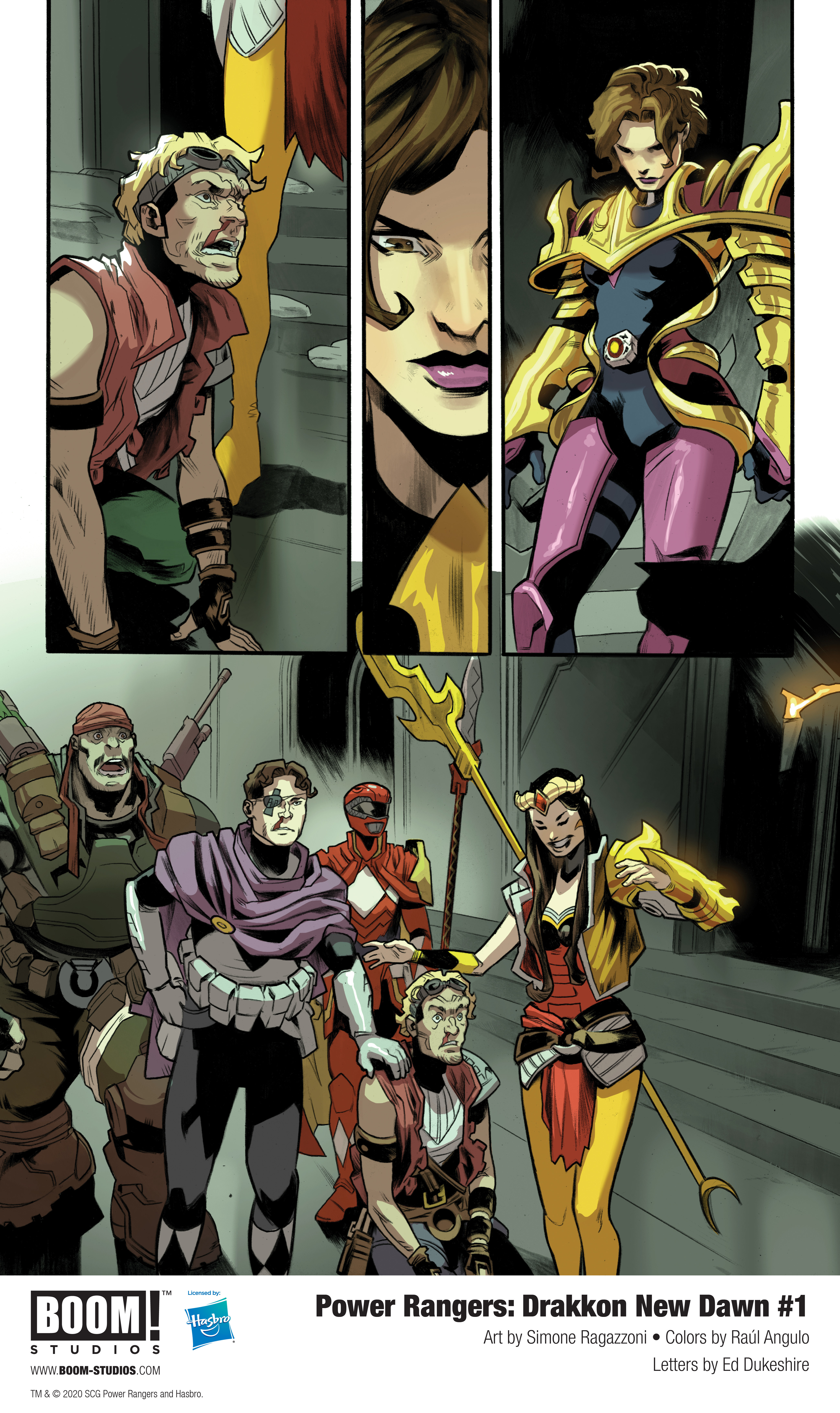