Your First Look at POWER RANGERS: BEYOND THE GRID From BOOM! Studios 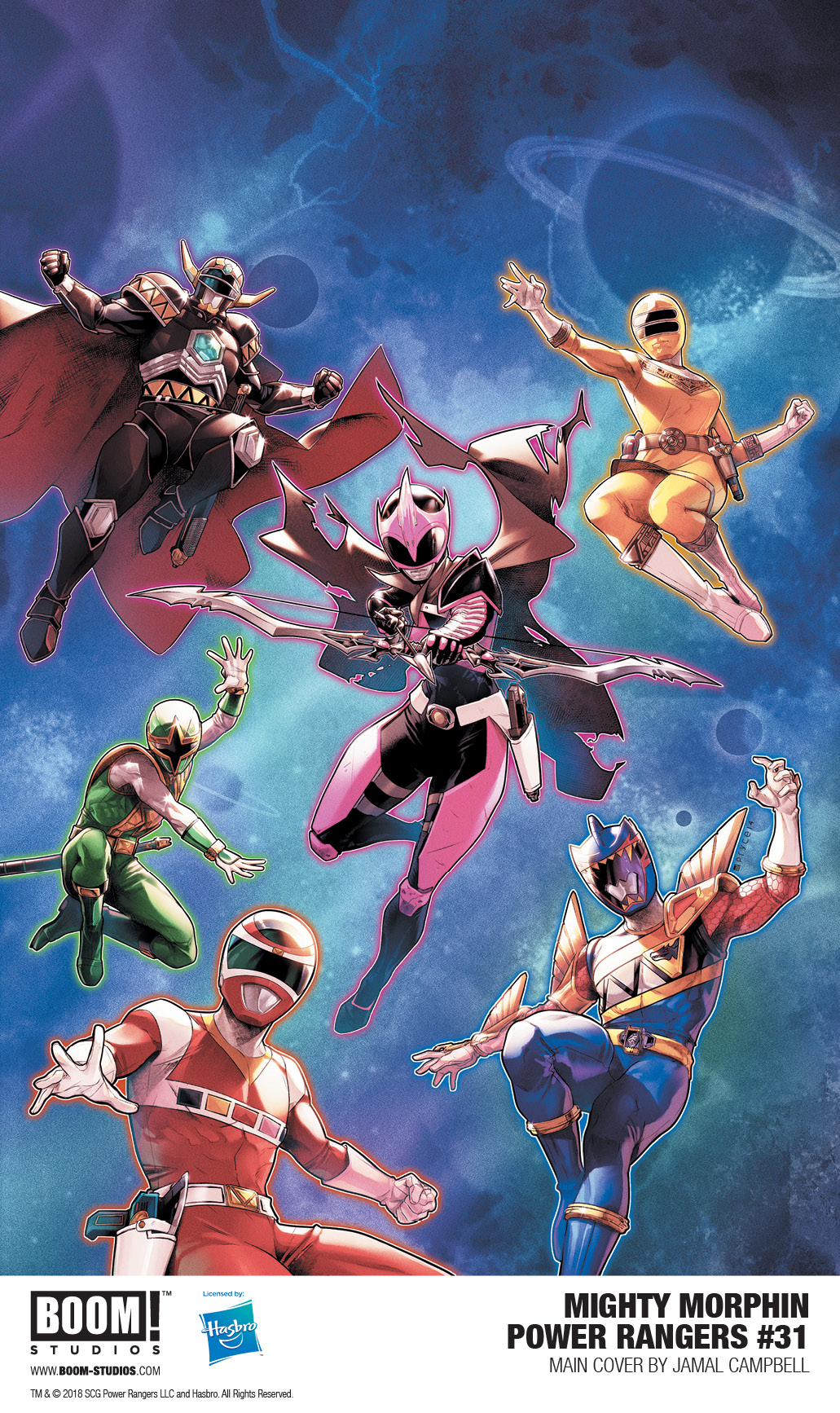 After the stunning conclusion to the hit comic book event Power Rangers: Shattered Grid, an all-new, all-star team of Power Rangers is drawn together from across time and space to combat a never-before-seen evil. As they fight to prove to themselves and each other that they have what it takes to survive in a dangerous new environment, these iconic Power Rangers must defeat the onslaught of an unfamiliar, terrifying new villain.

“Power Rangers: Beyond The Grid is about bringing lots of ‘new’ to the franchise – a new team, new enemies, and a new creative team – while also honoring the rich 25 year history of the brand,” said Dafna Pleban, Senior Editor, BOOM! Studios. “Working with our partners at Hasbro, we’re excited to peel back new layers of the Power Rangers mythology and dig deeper into some of the most iconic characters as they come together like never before.”

“Bringing these historic Power Rangers together on a new team is an exciting new twist for fans and a story that we are particularly thrilled about telling in the medium of comics, which allows for rich character development and world building alongside gripping, high-stakes action,” said Brian Casentini, SVP of Development & Production, Power Rangers. “Working with BOOM! Studios on this new arc has been a wonderful collaboration focused on breathing freshness into an already successful series, while ensuring that the epic scale, cleverness, and charm of the series to-date has not been lost.”

Print copies of MIGHTY MORPHIN POWER RANGERS #31 will be available on September 26th, 2018 at local comic book shops (use comicshoplocator.com to find the one nearest you), or at the BOOM! Studios webstore. Digital copies can be purchased from content providers like comiXology, iBooks, Google Play, and the BOOM! Studios app.

For continuing news on MIGHTY MORPHIN POWER RANGERS and more from BOOM! Studios, stay tuned to boom-studios.com and follow @boomstudios on Twitter. 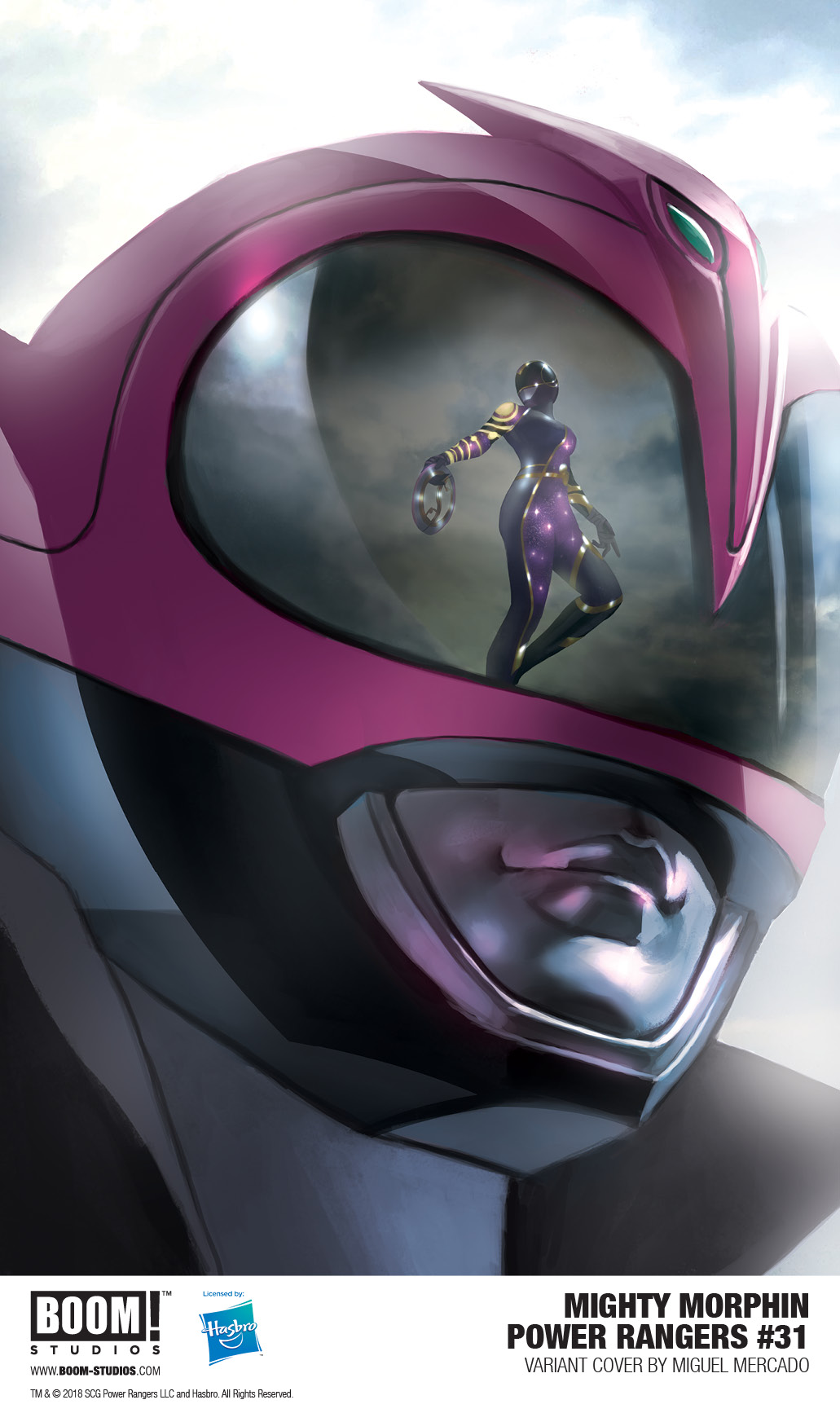 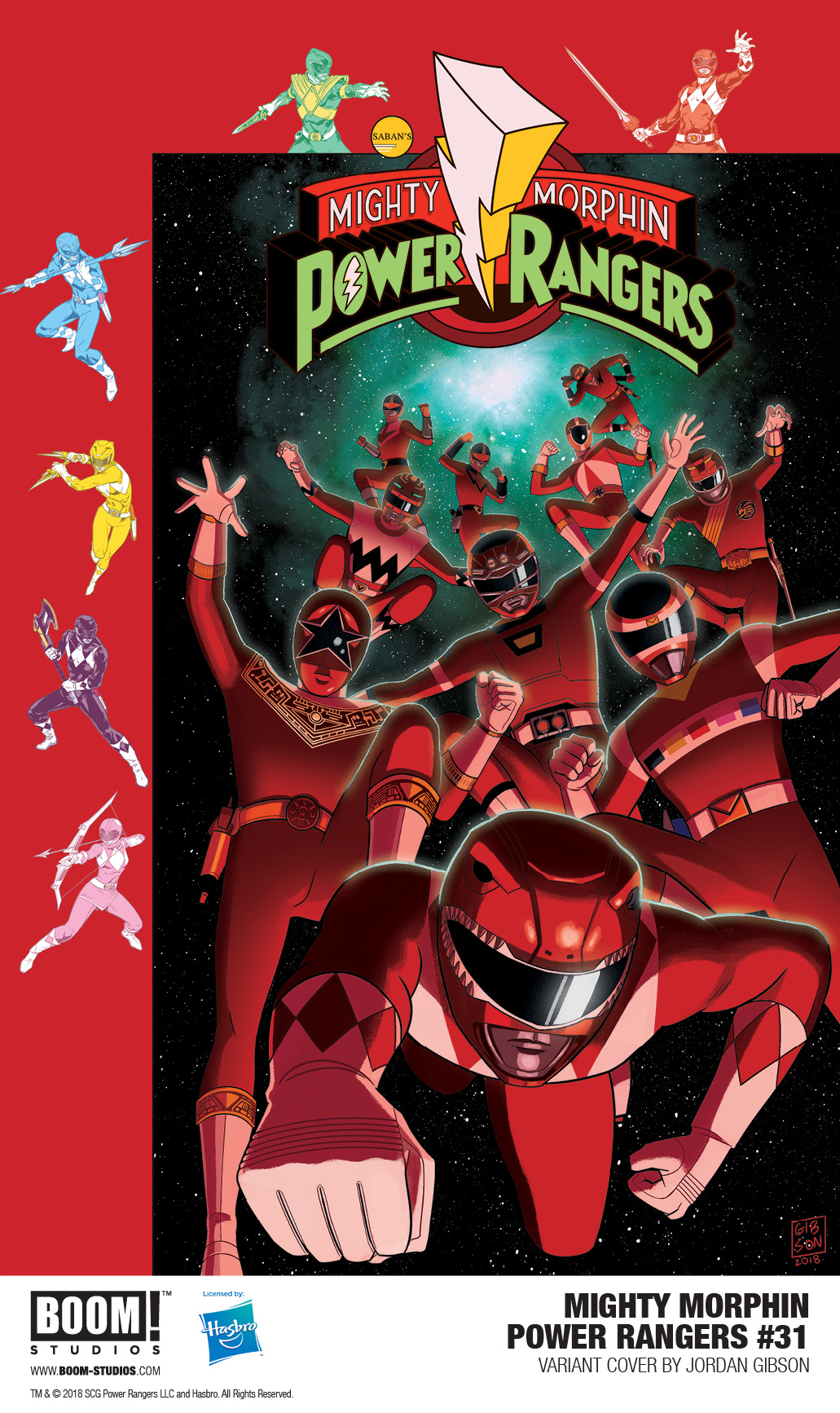 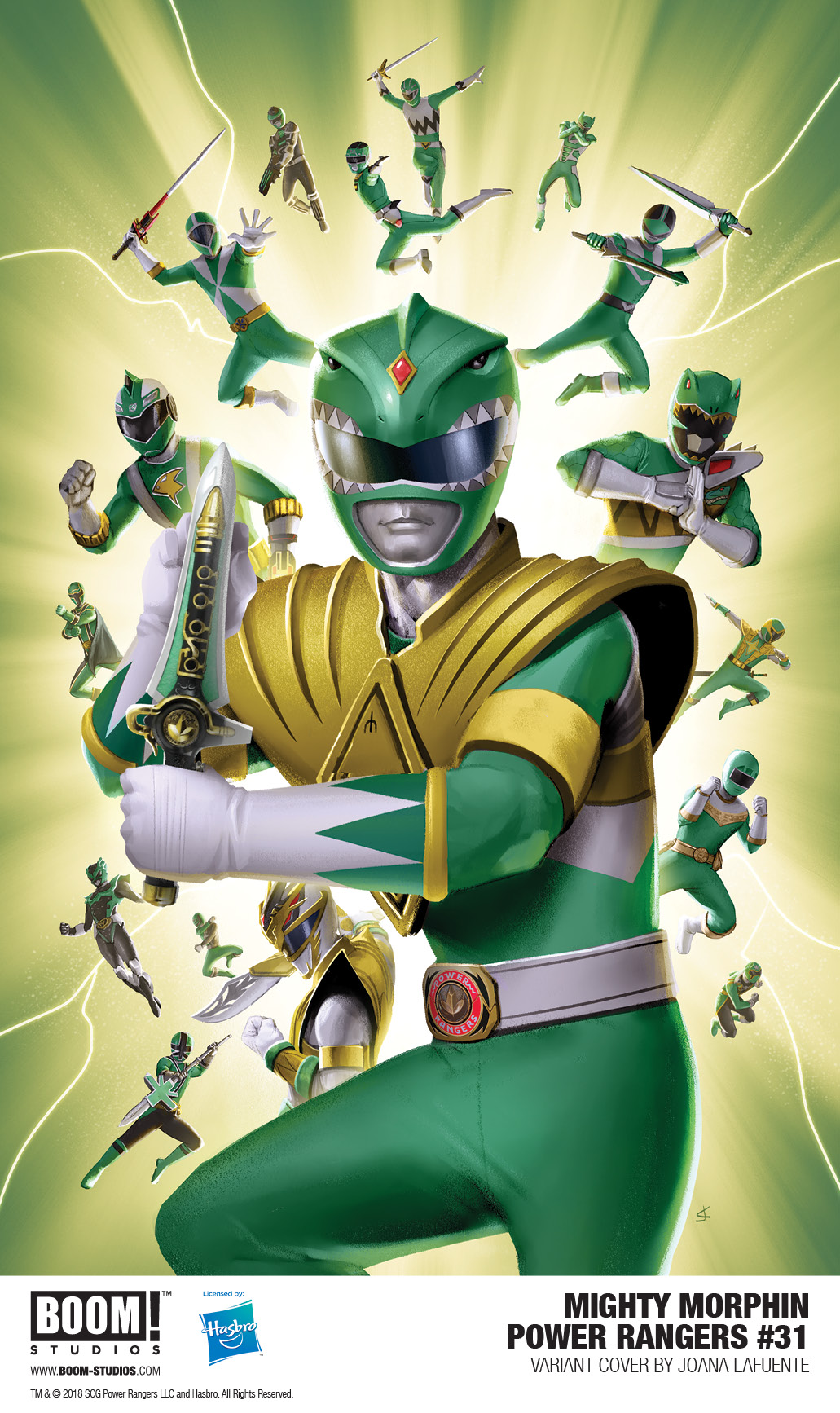 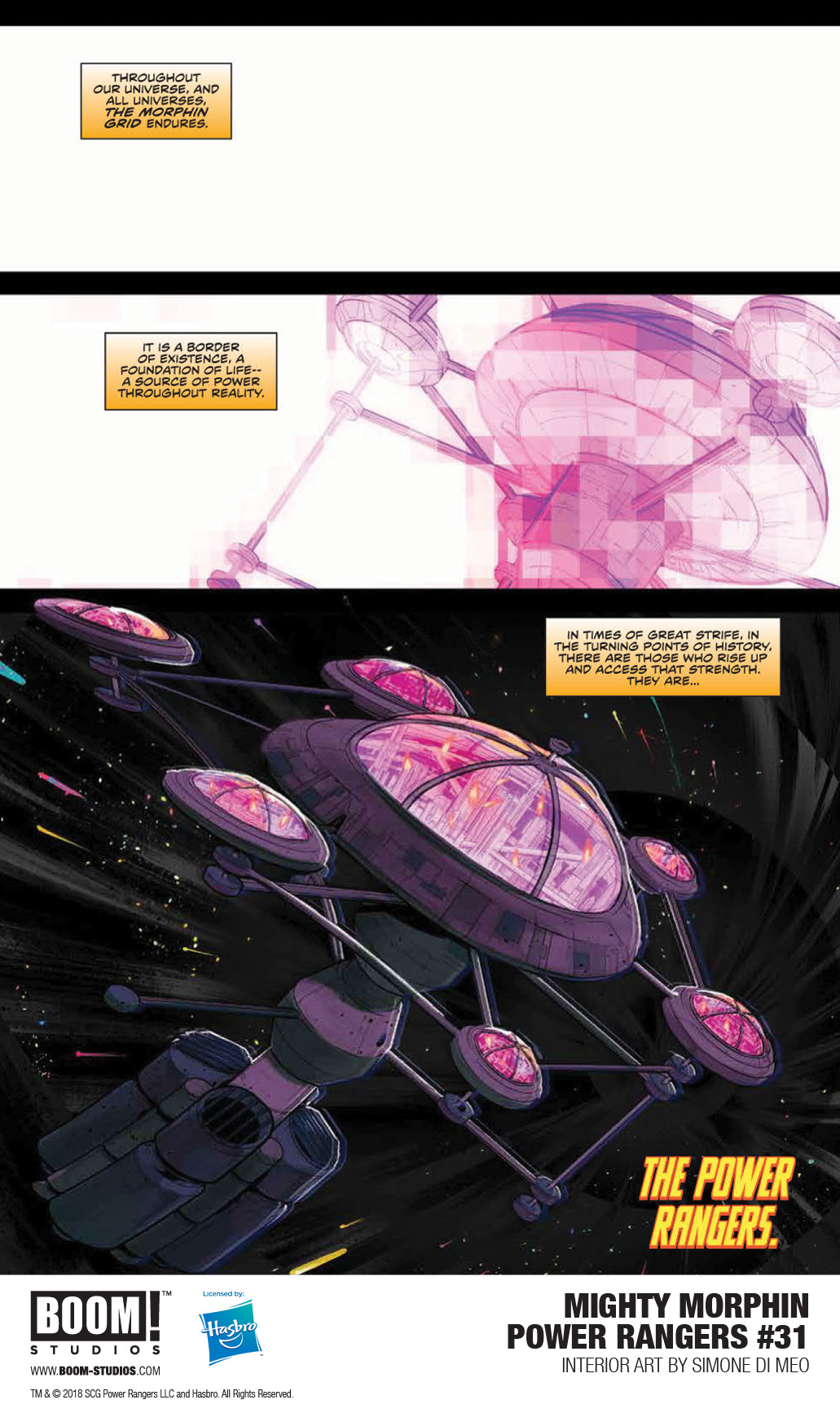 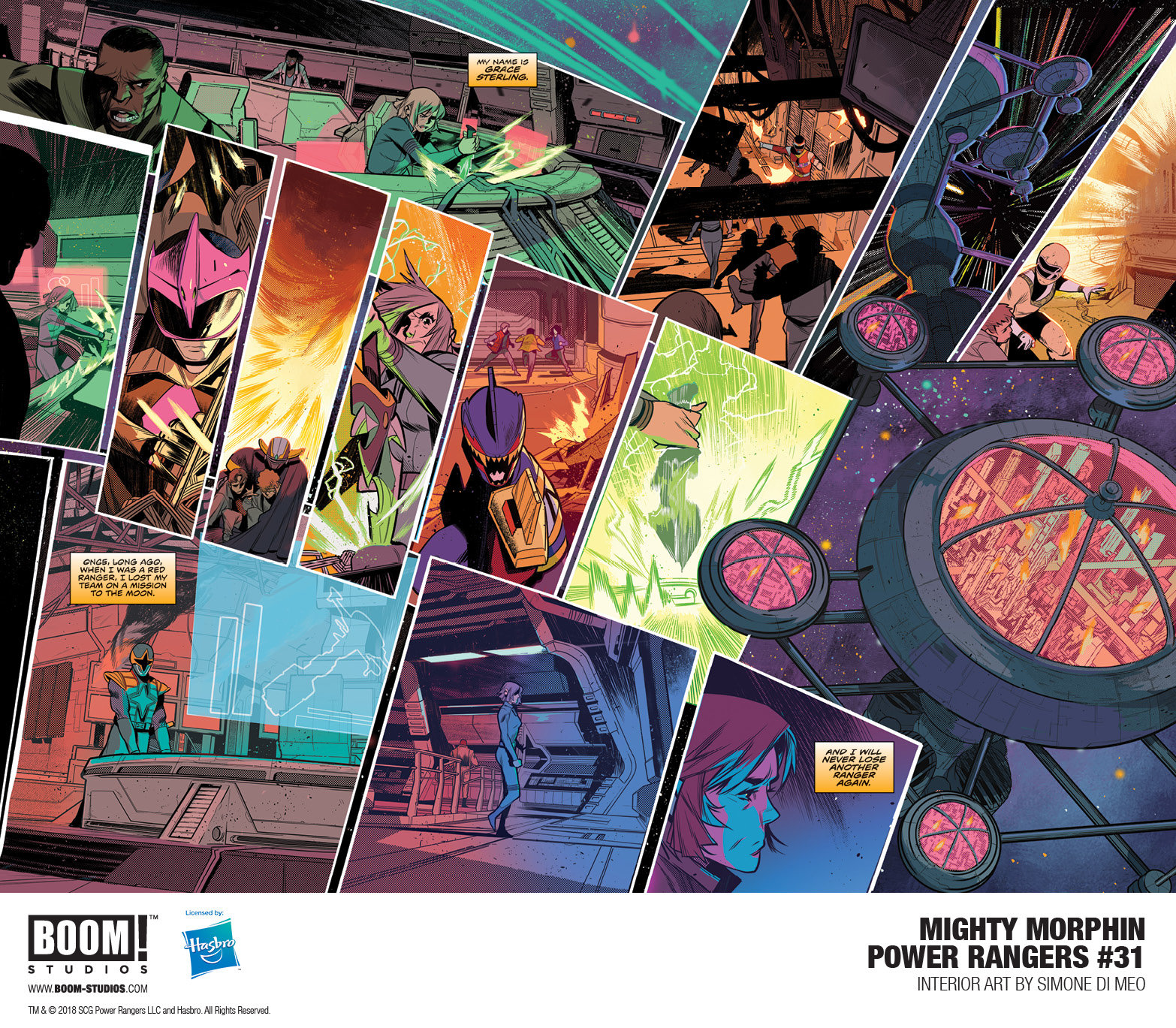