Come One! Come All! Discover the Astounding Acts of the Greatest Show in The Unknown in October 2019 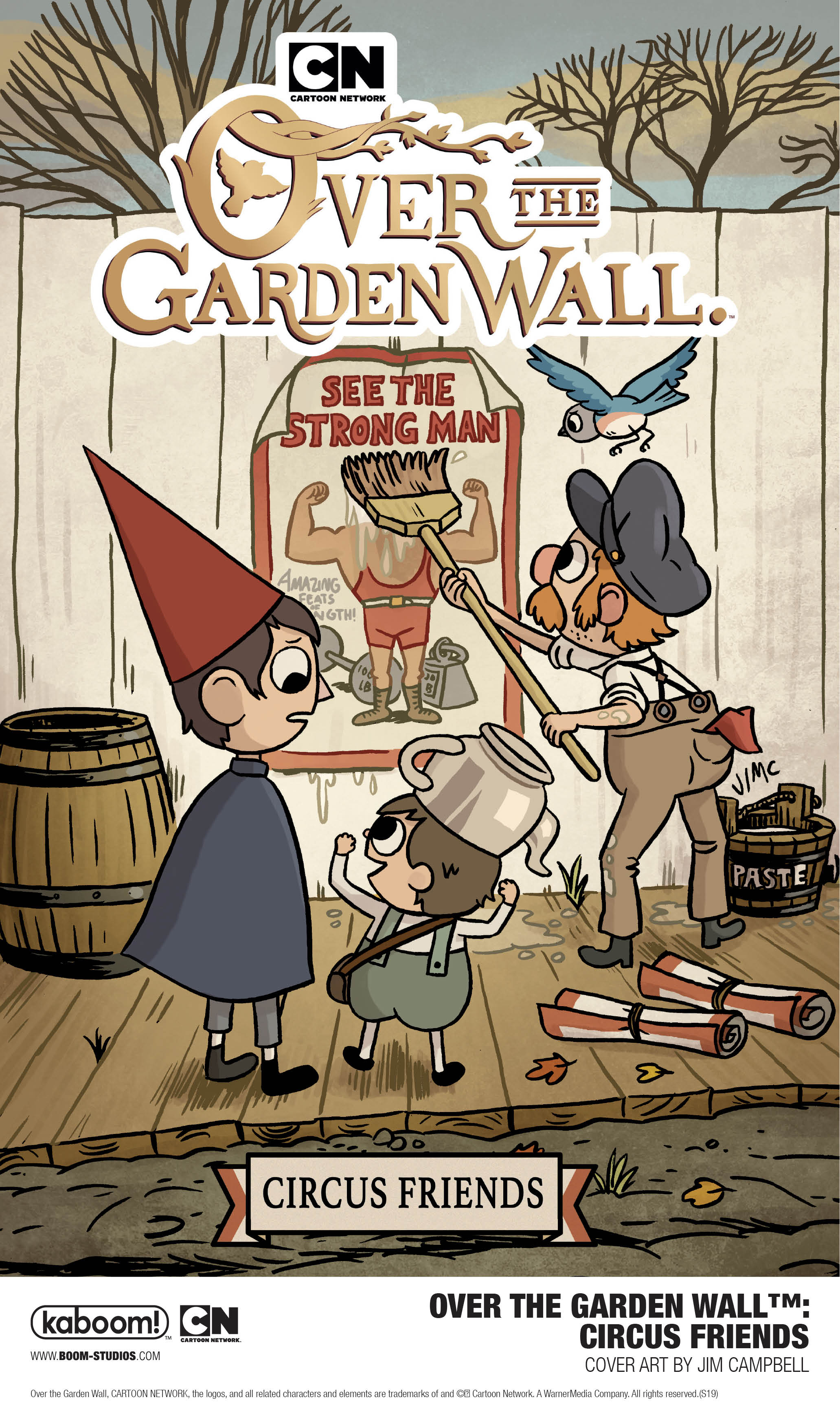 Writer Jonathan Case (Over the Garden Wall: Distillatoria) and artist John Golden follow Greg, Wirt, and Beatrice as they circle ever deeper into The Unknown on their search for a path home and instead stumble upon a distraught strongman and clown who have run away from their circus (due to artistic differences). But when they follow the two disgraced performers back to the big top, Greg and Wirt lose Beatrice to the greedy Ringmaster who’s found his newest act: a talking bird! The boys will have to team up with the reluctant circus acts to save Beatrice and escape the clutches of the biggest show in the Unknown!

OVER THE GARDEN WALL™: CIRCUS FRIENDS is the latest release from BOOM! Studios’ award-winning KaBOOM! imprint, home to comics for middle grade and younger readers including licensed series such as Adventure Time, Steven Universe, Regular Show, Ben 10, and Over The Garden Wall, along with original series like Just Beyond: The Scare School by R.L. Stine and Kelly & Nichole Matthews, Hex Vet by Sam Davies, RuinWorld by Derek Laufman,  Hotel Dare by Terry Blas and Claudia Aguirre, and Pandora’s Legacy by Kara Leopard and Kelly & Nichole Matthews.

Print copies of OVER THE GARDEN WALL™: CIRCUS FRIENDS will be available for sale on October 2, 2019 at local comic book shops (use comicshoplocator.com to find the nearest one), October 8, 2019 in bookstores, or at the BOOM! Studios webstore. Digital copies can be purchased from content providers, including comiXology, iBooks, Google Play, and the BOOM! Studios app.

For more on OVER THE GARDEN WALL™: CIRCUS FRIENDS and more from KaBOOM!, stay tuned to www.boom-studios.com and follow @boomstudios on Twitter. 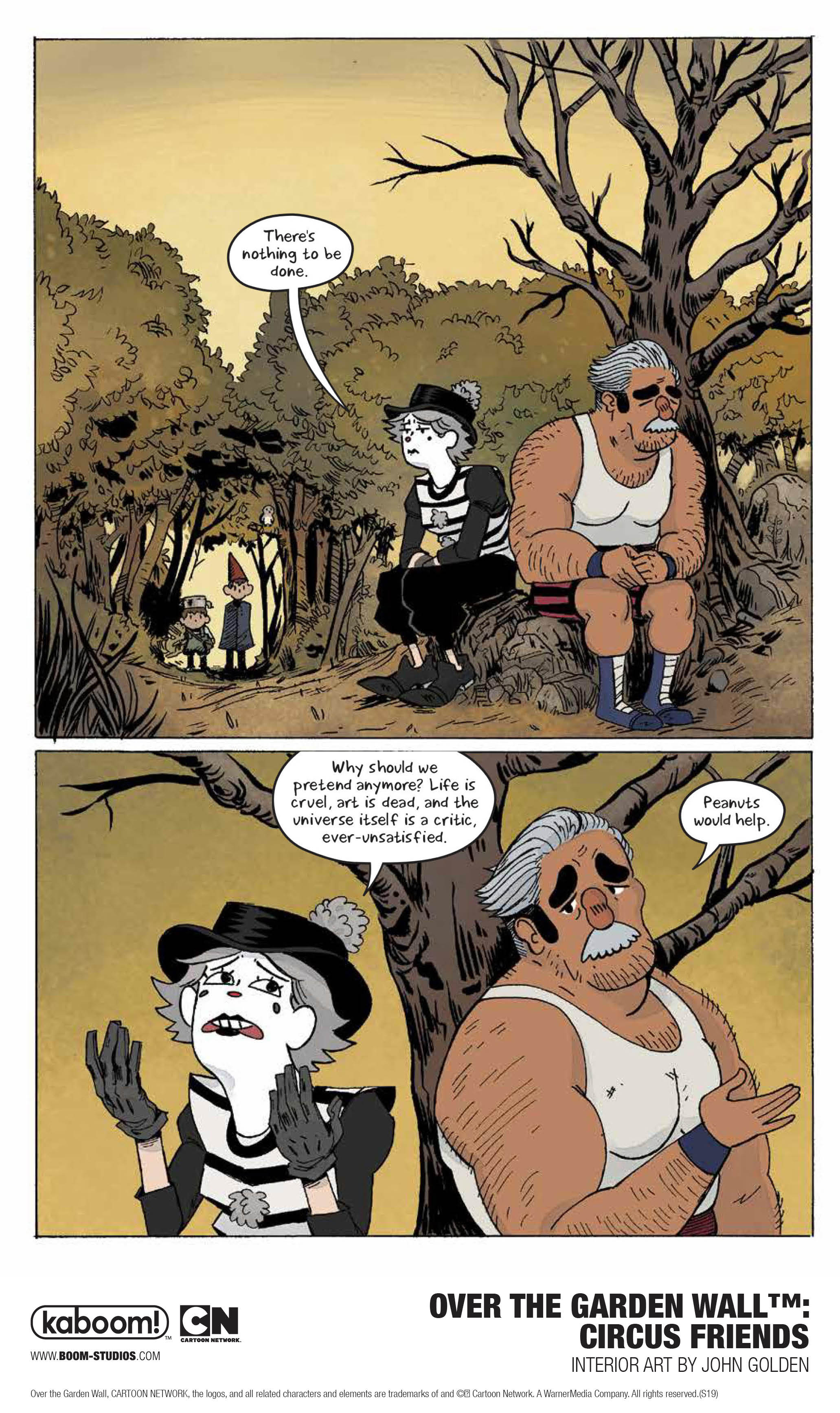 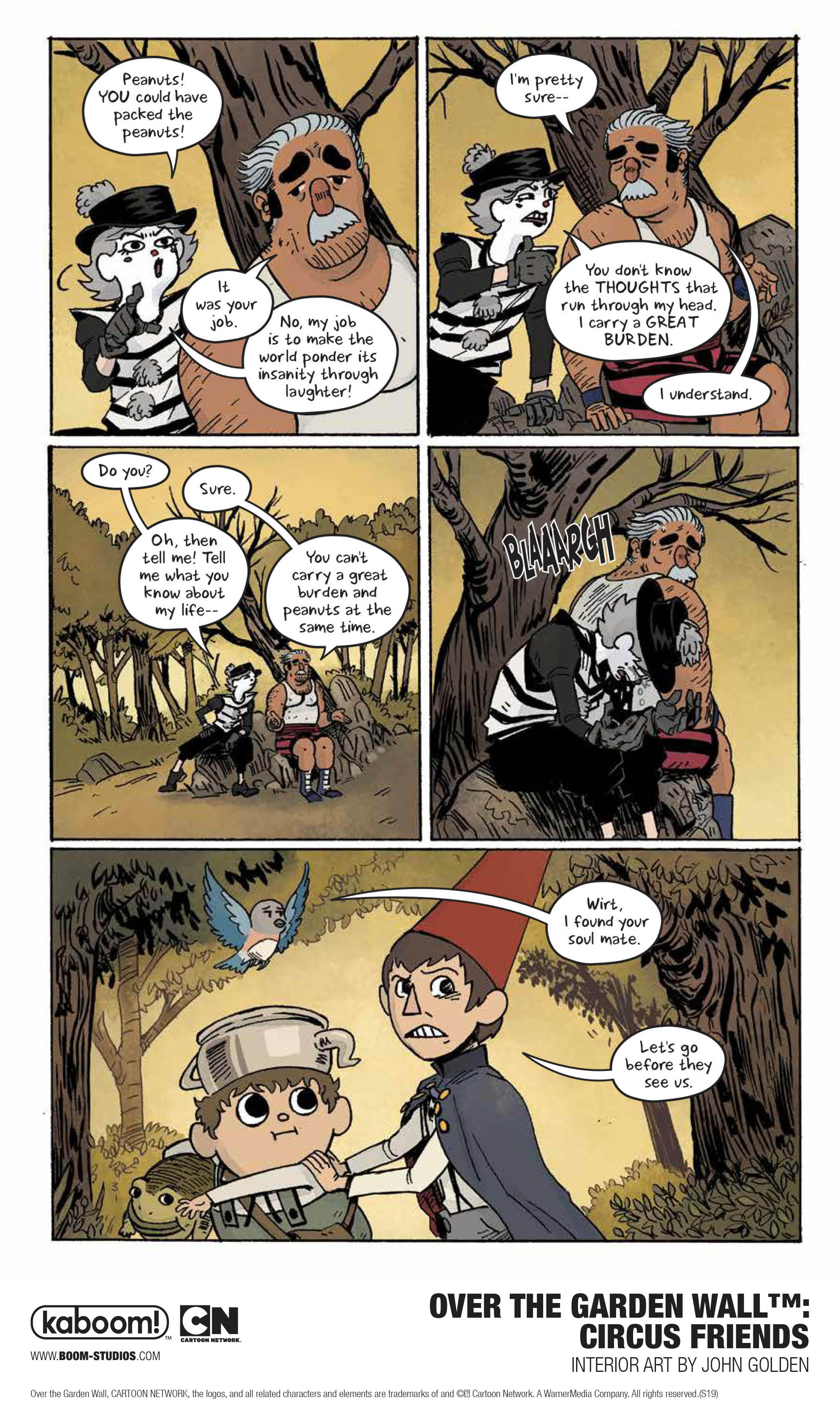 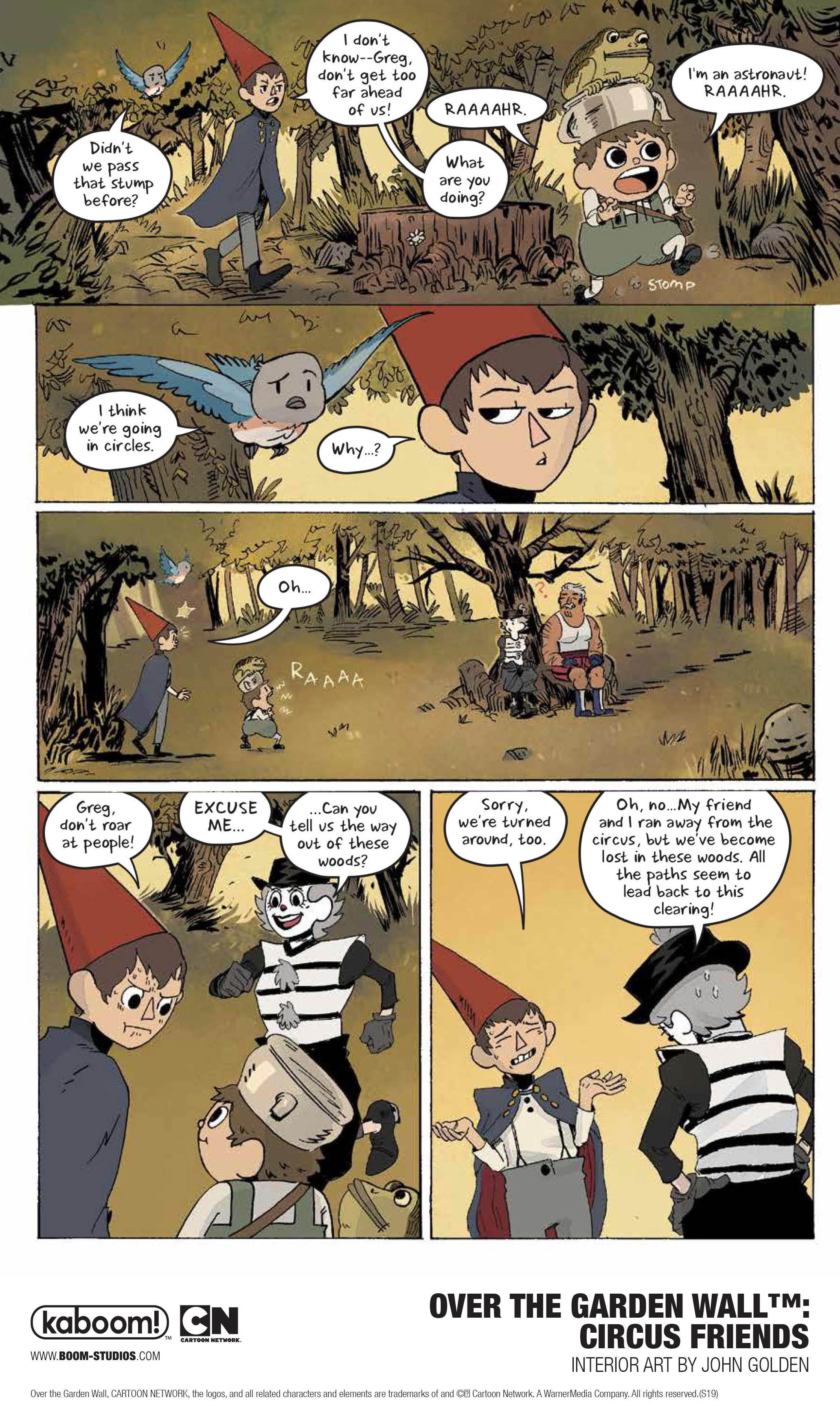 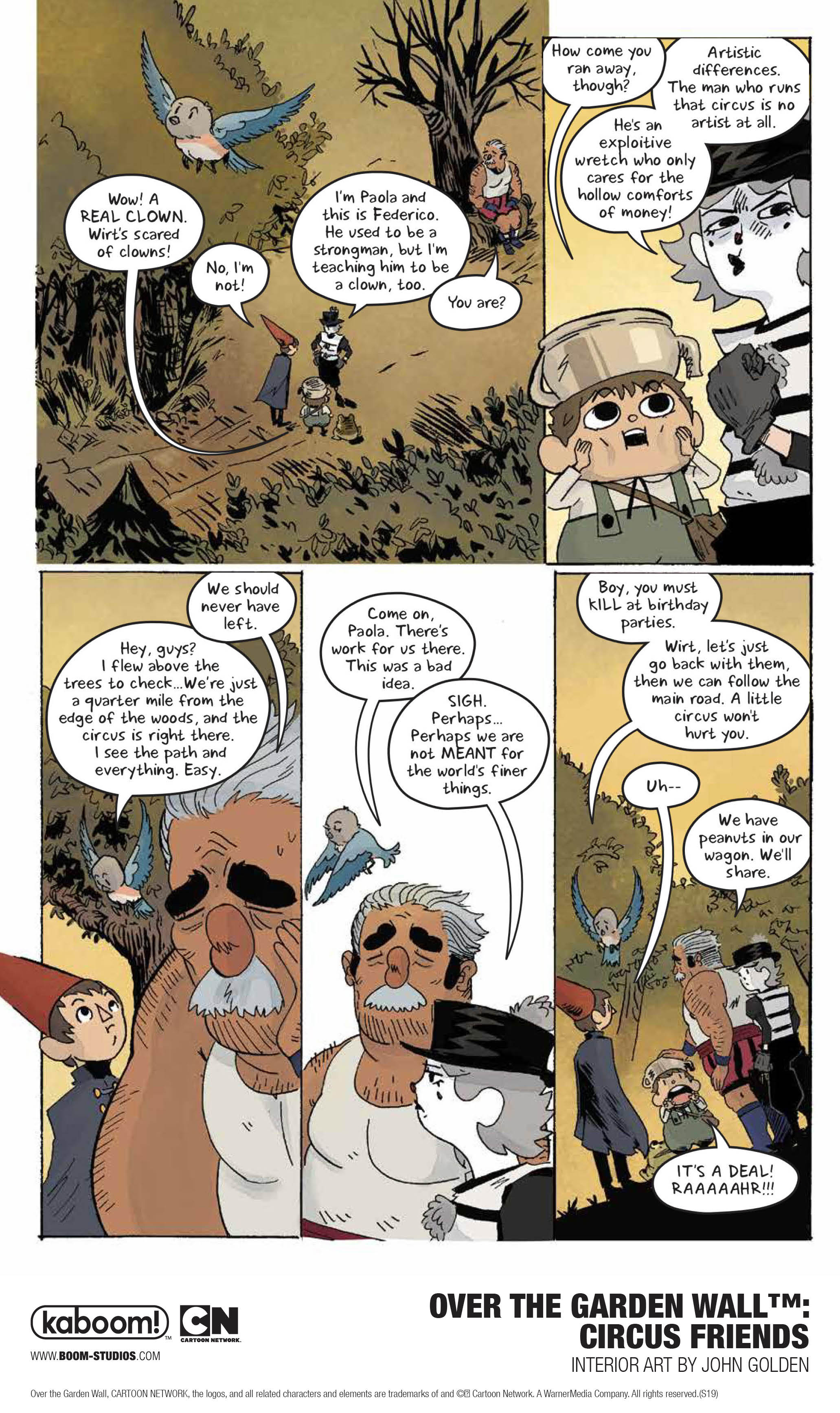 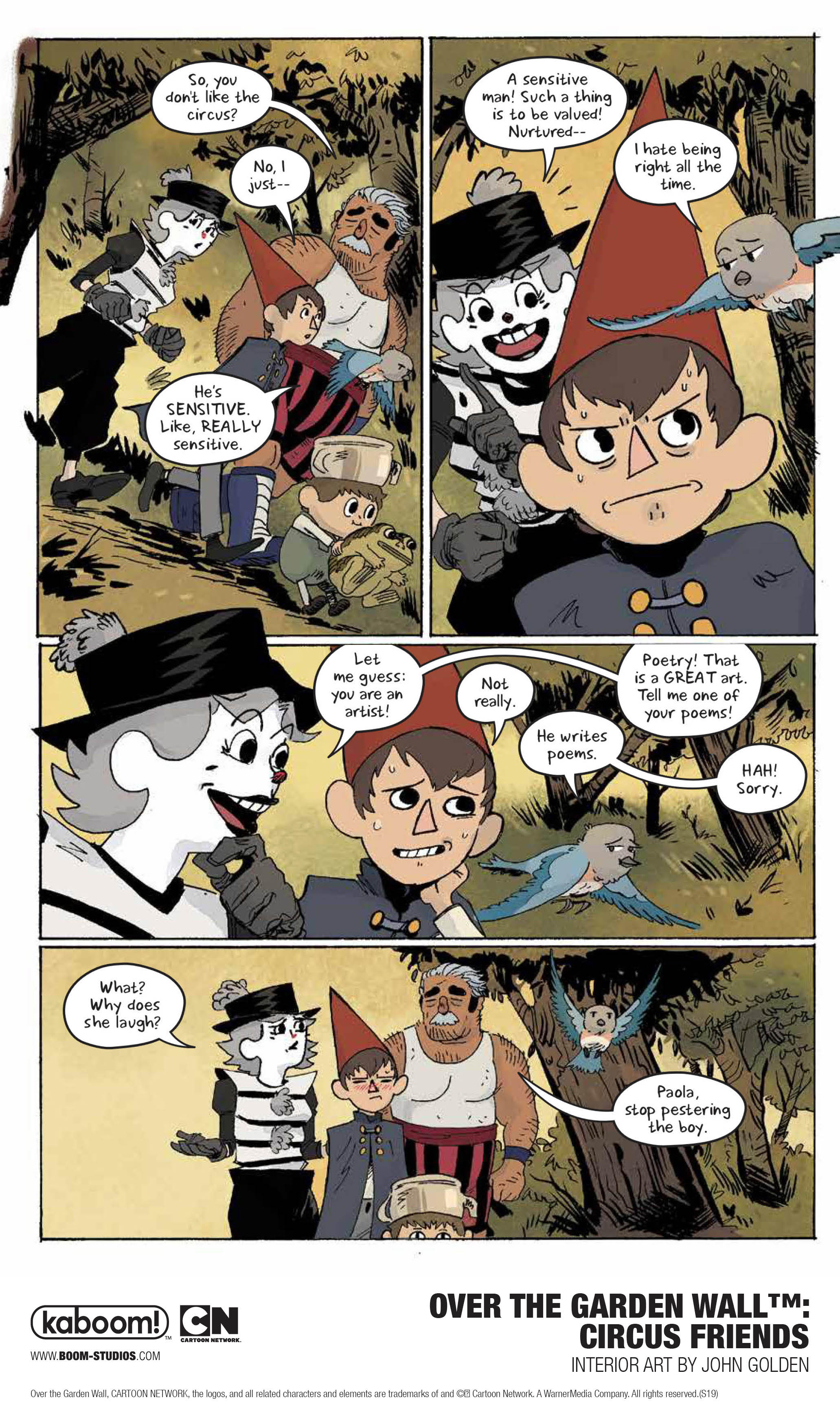 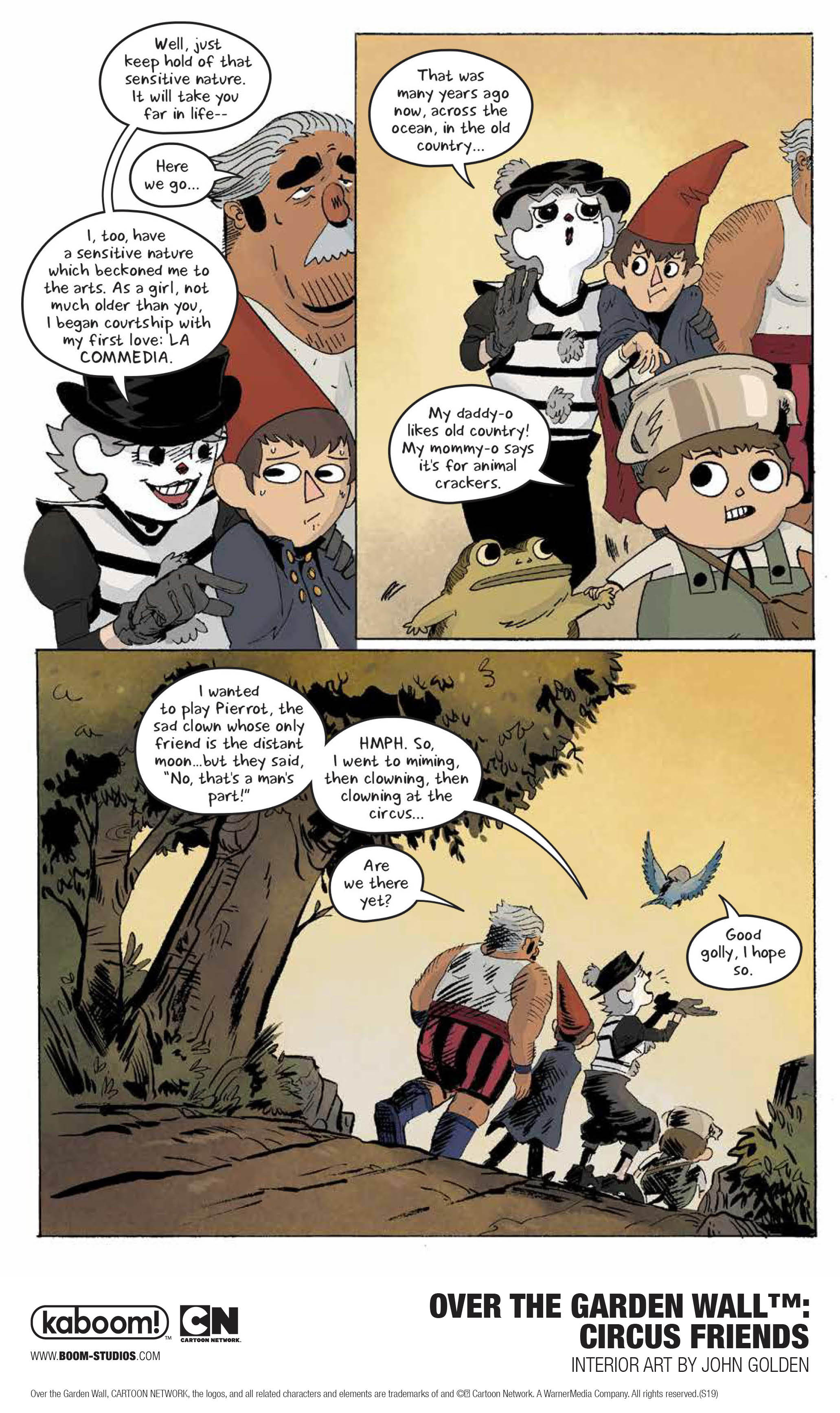 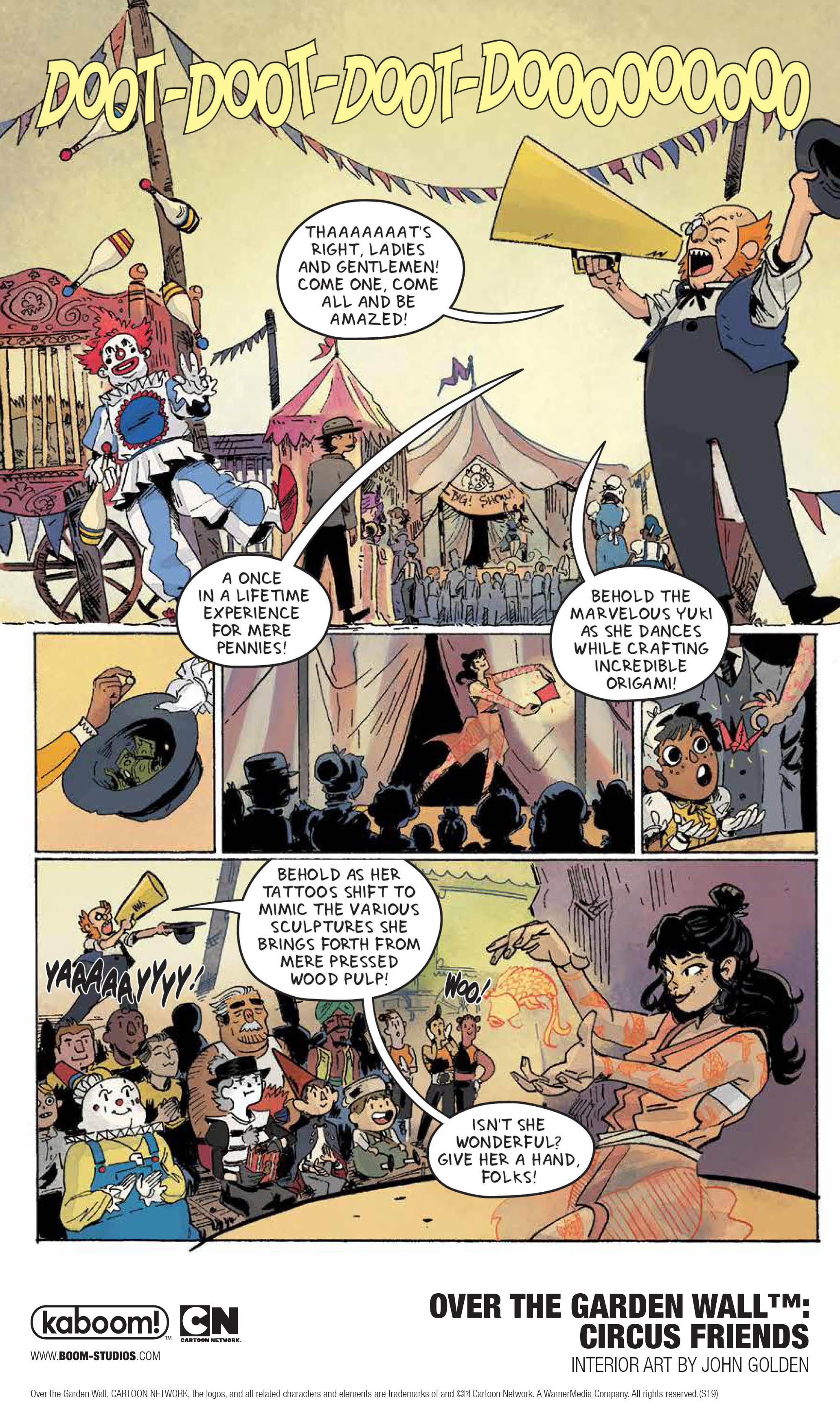