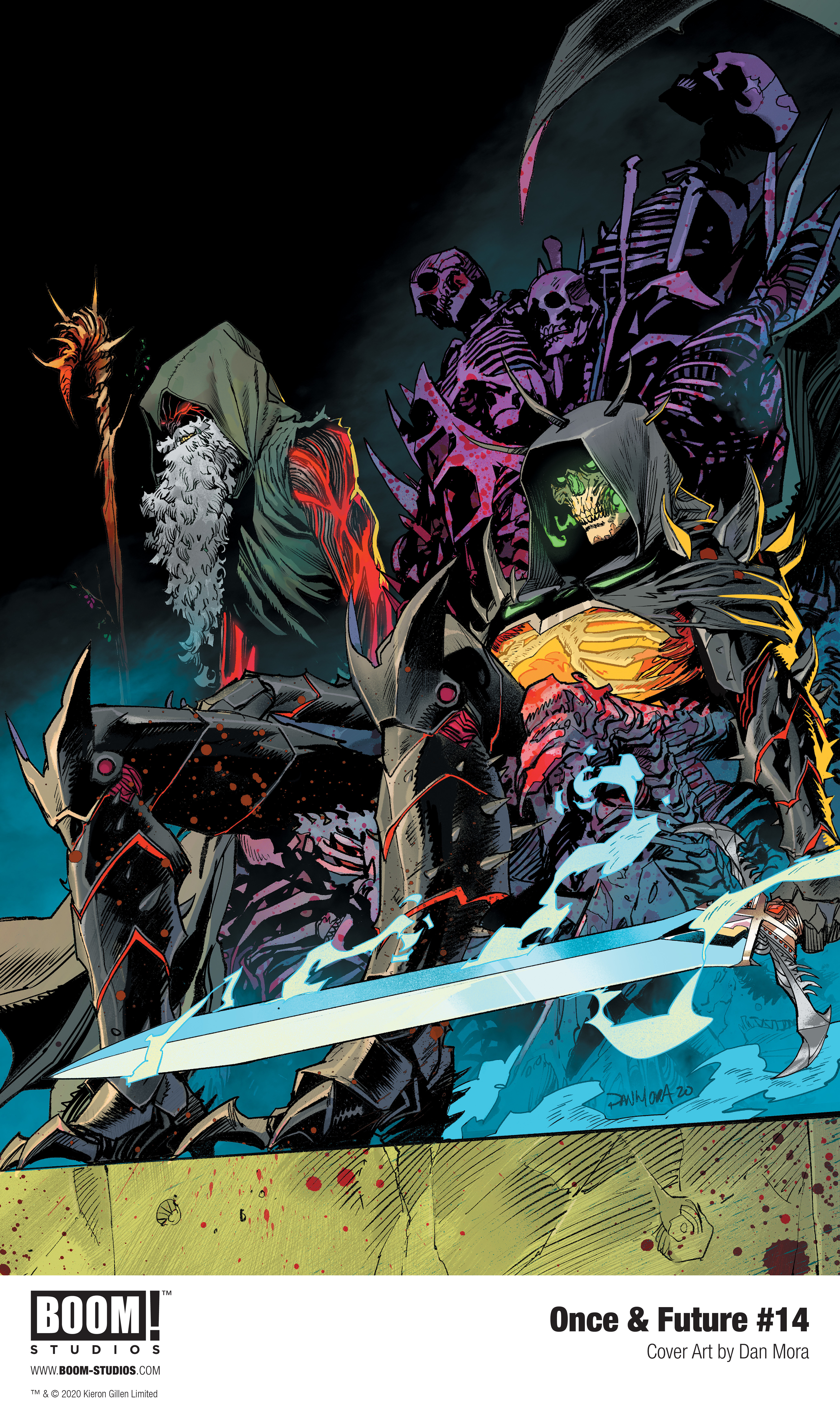 Gran, Duncan and Rose are on a new quest to learn more about Merlin’s plan when they come face-to-face with … the fearsome Green Knight! But if they want to track down the powerful Nimue and stay one step ahead of their enemy, it seems that the unlikeliest member of the trio will need to play this knight’s twisted  game… even if it means facing certain death.

Print copies of ONCE & FUTURE #14 will be available for sale on December 16, 2020 exclusively at local comic book shops (use comicshoplocator.com to find the nearest one) or at the BOOM! Studios webstore. Digital copies can be purchased from content providers, including comiXology, iBooks, Google Play, and Madefire.