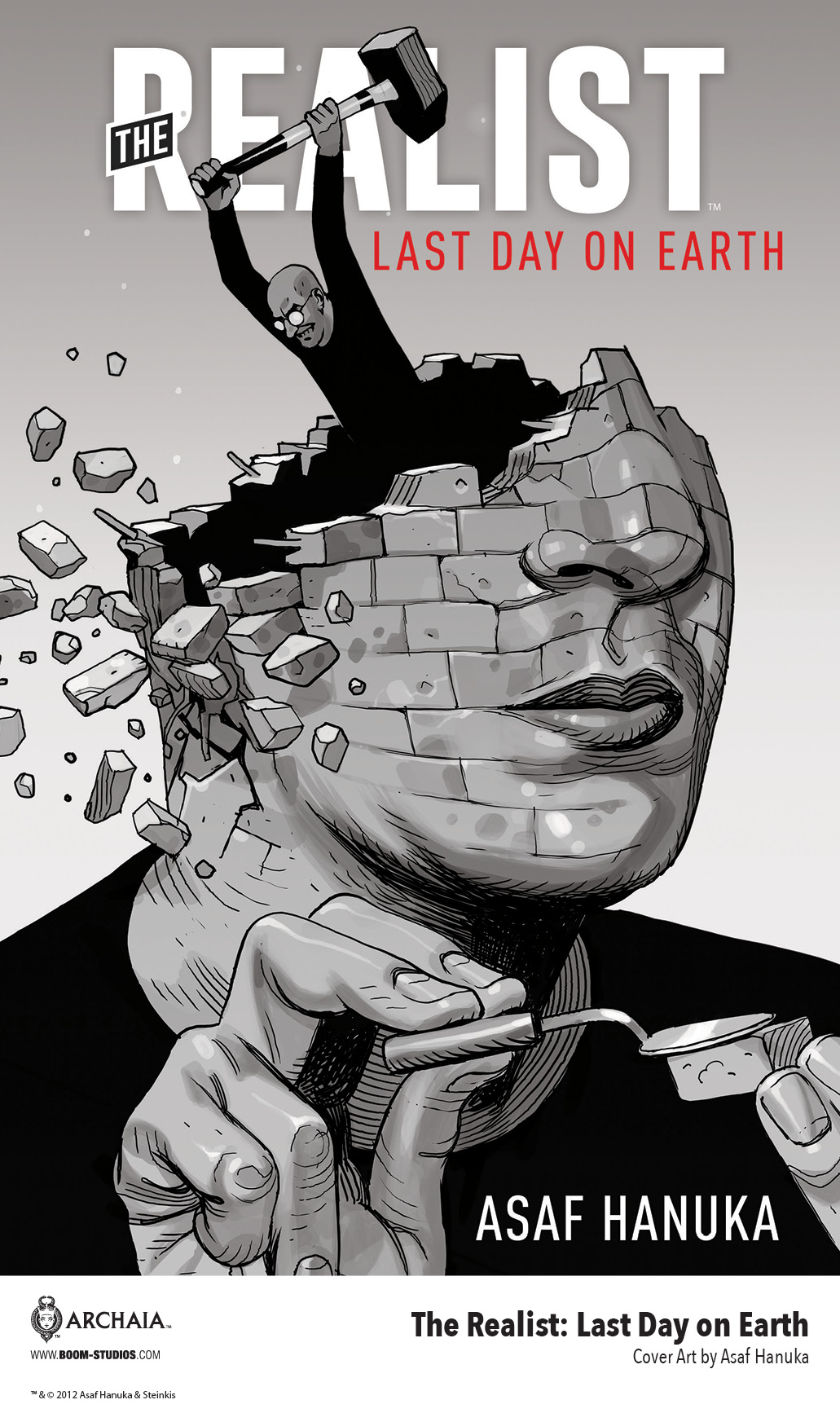 The long-awaited third collection of the Eisner Award-winning series of New York Times bestselling cartoonist Asaf Hanuka’s one-page autobiographical weekly comics returns to captivate, inspire, and challenge readers. Through scenes both real and imagined, the acclaimed Israeli cartoonist examines the joys (and pitfalls) of parenting in a politically divisive world and the ongoing struggle to manifest art even as real life humor and pathos keeps getting in the way. The internationally acclaimed and Hugo Award-nominated cartoonist’s beautifully drawn stories about self, family, society, and everything in between conjure a deeply rich and unforgettable reading experience.

THE REALIST: LAST DAY ON EARTH is the latest release from BOOM! Studios’ award-winning Archaia imprint, home to inspiring graphic novels such as Slaughterhouse-Five by Kurt Vonnegut, Ryan North, and Albert Monteys; The Sacrifice of Darkness by Roxane Gay, Tracy Lynne-Oliver, and Rebecca Kirby; Big Black: Stand at Attica by Frank “Big Black” Smith, Jared Reinmuth, and Améziane, We Served the People by Emei Burell, The Short While by Jeremy Sorese, New World by David Jesus Vignolli, About Betty’s Boob by Vero Cazot and Julie Rocheleau, Waves by Ingrid Chabbert and Carole Maurel, The Grand Abyss Hotel by Marcos Prior and David Rubín, and more.

Print copies of THE REALIST: LAST DAY ON EARTH will be available for sale on June 22, 2022 at local comic book shops (use comicshoplocator.com to find the nearest one) or at the BOOM! Studios webstore, and June 28, 2022 in bookstores everywhere. Digital copies can be purchased from content providers, including comiXology, iBooks, Google Play, and Kindle.

For continuing news on THE REALIST and more from Archaia, stay tuned to boom-studios.com and follow @boomstudios on Twitter. 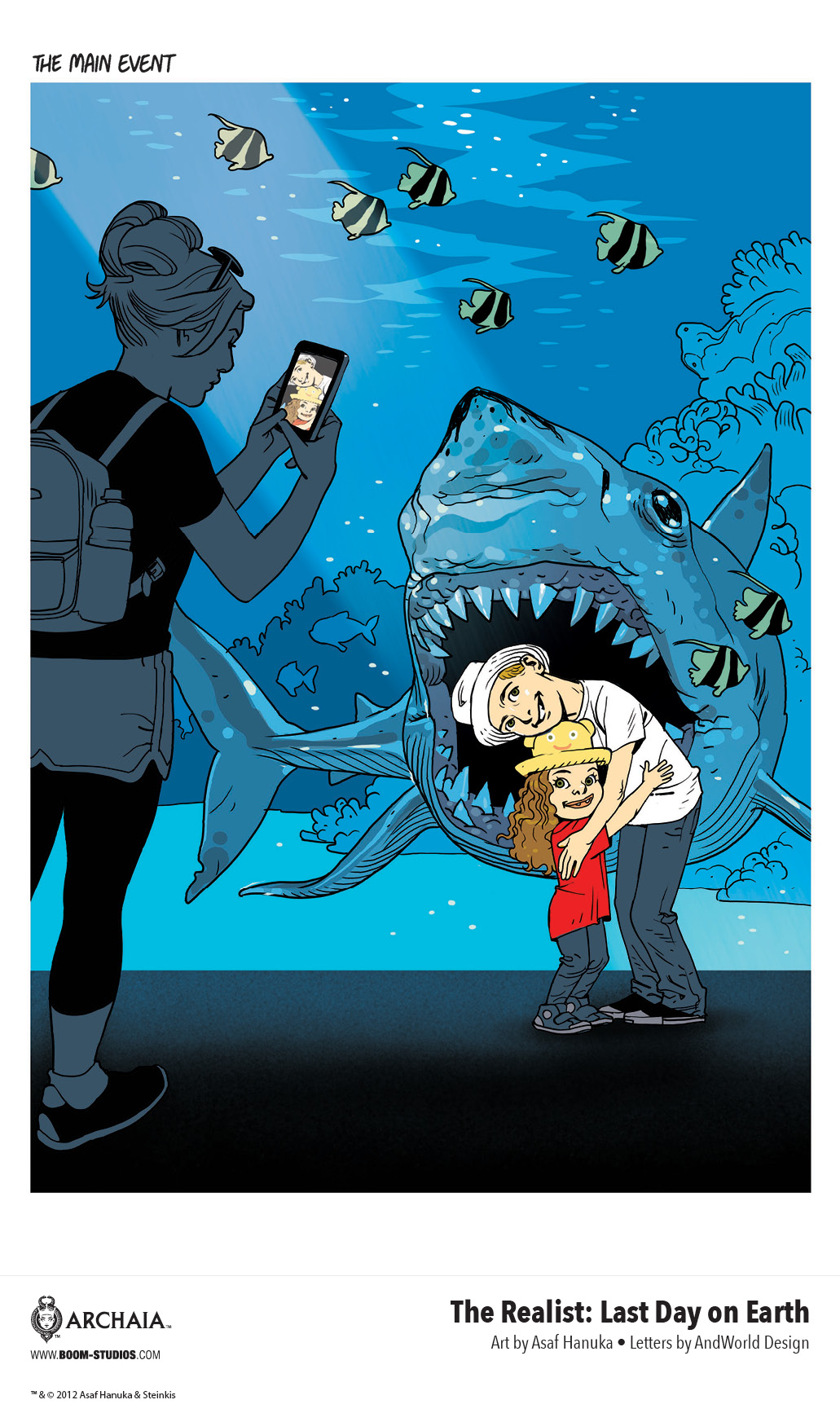 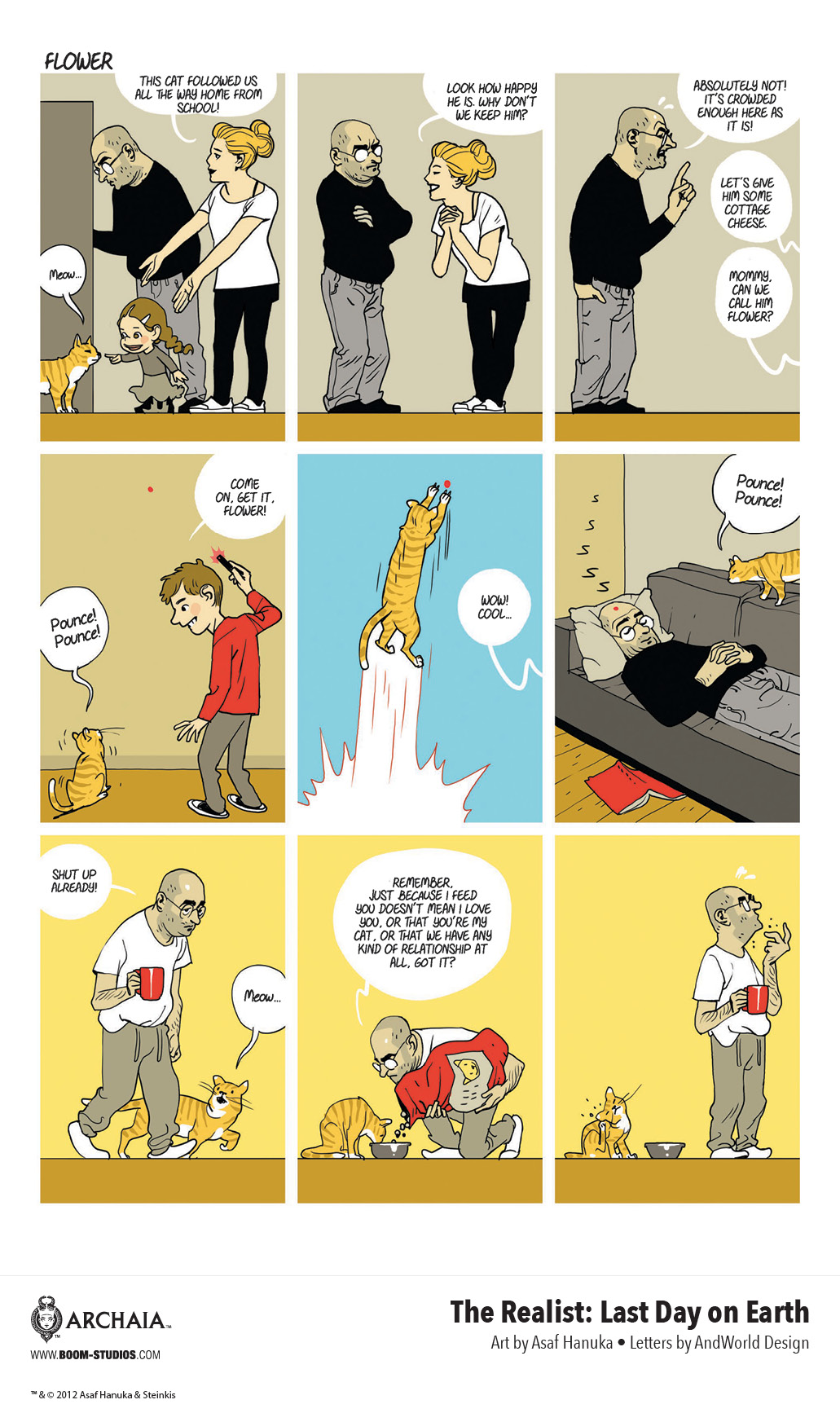 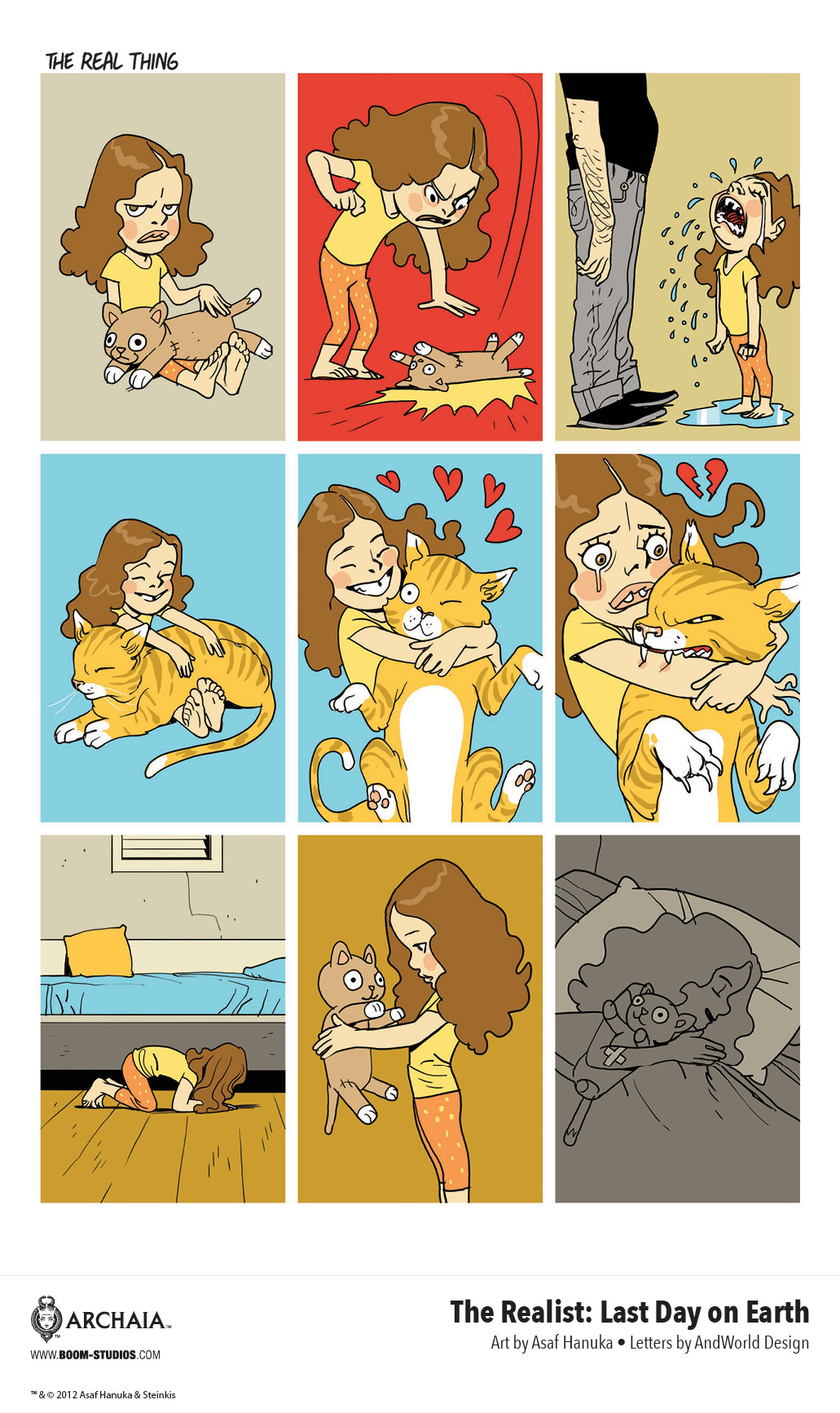 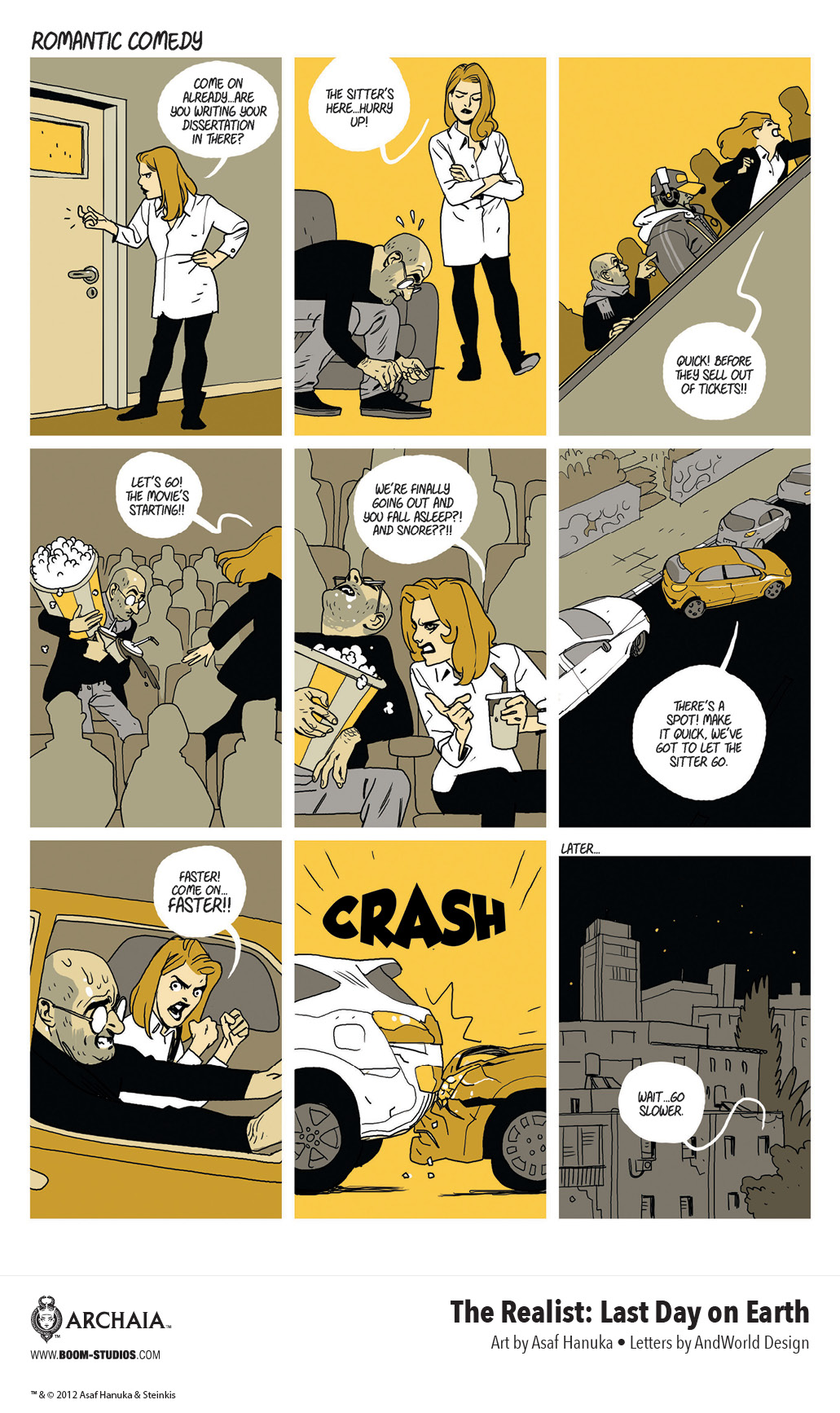 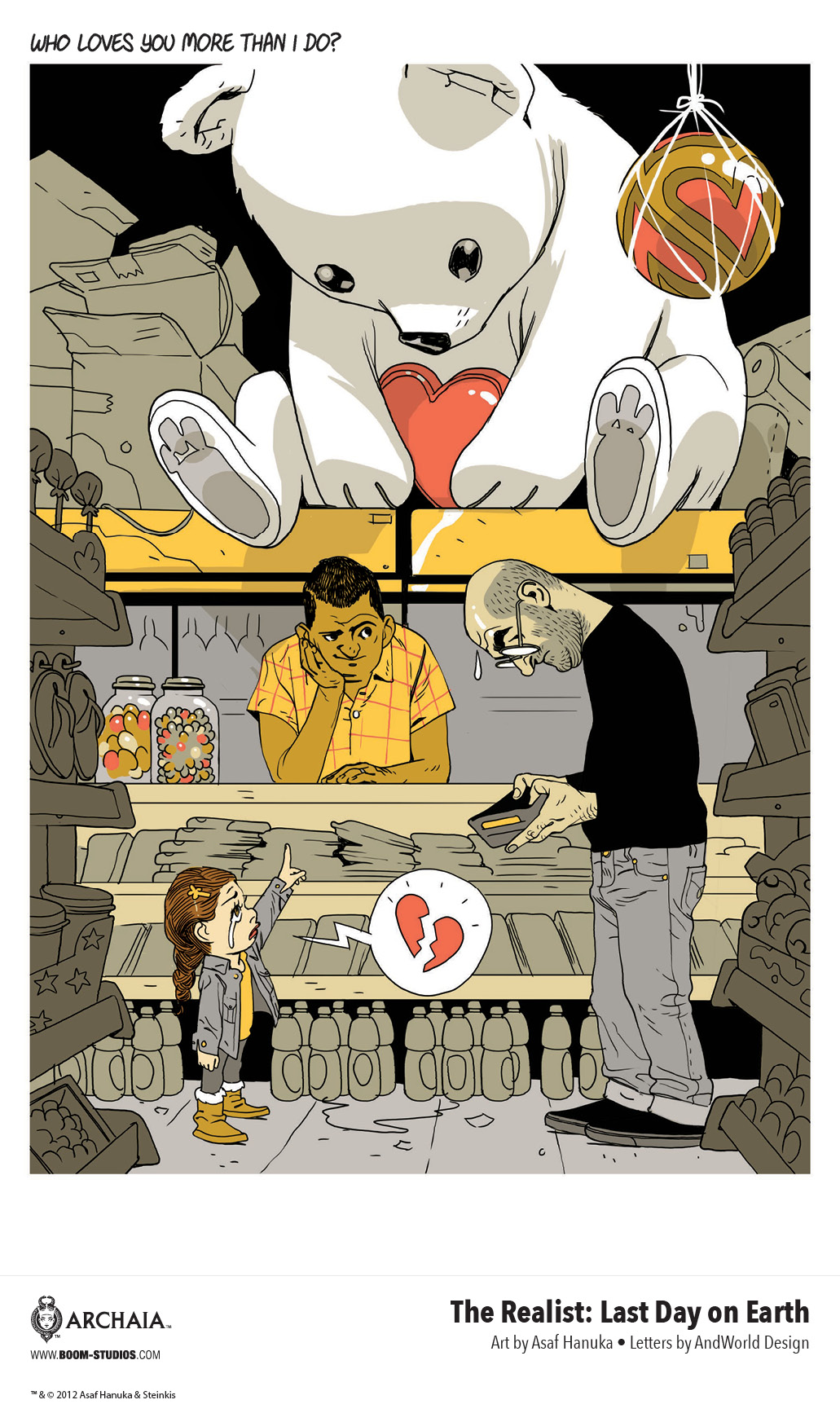 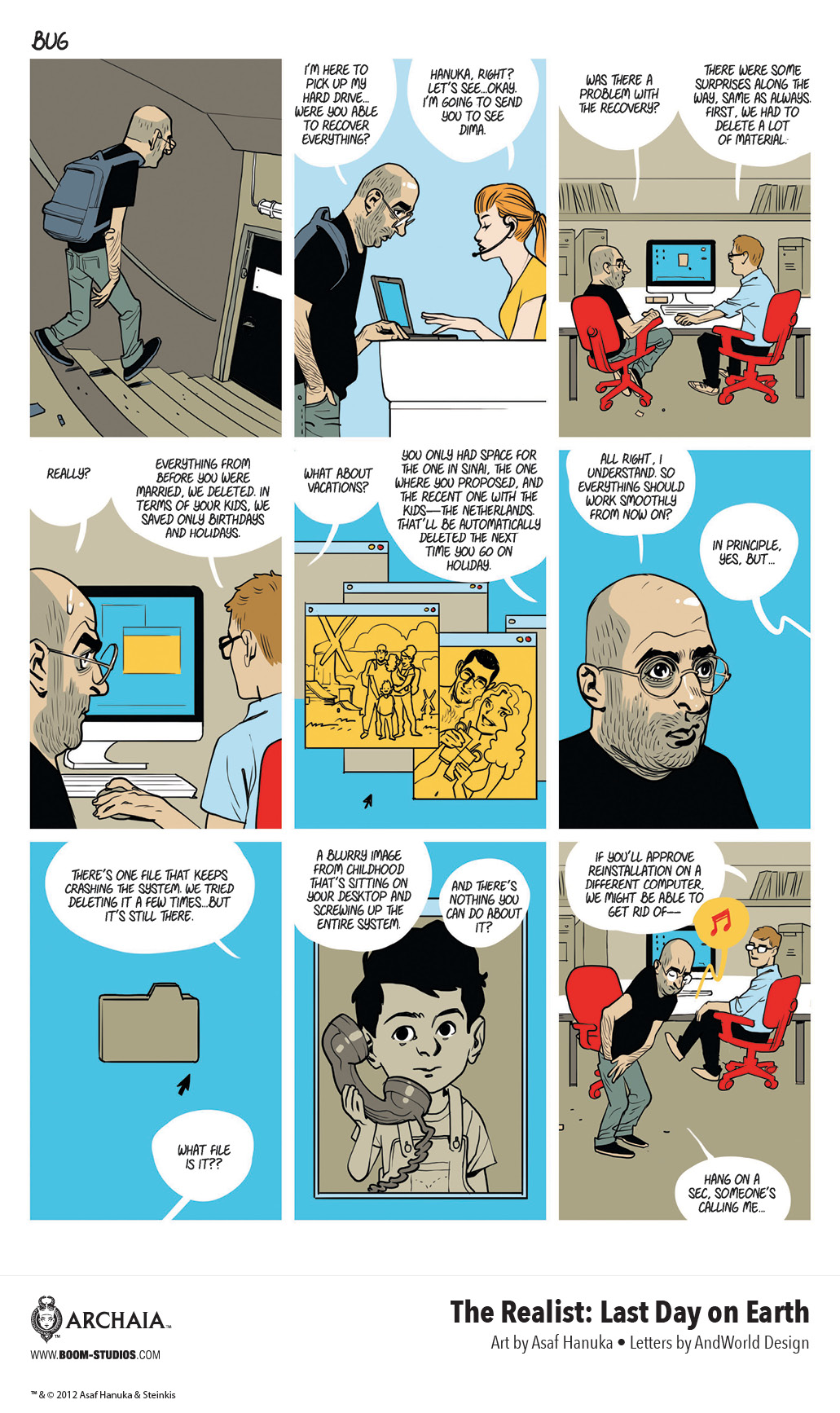 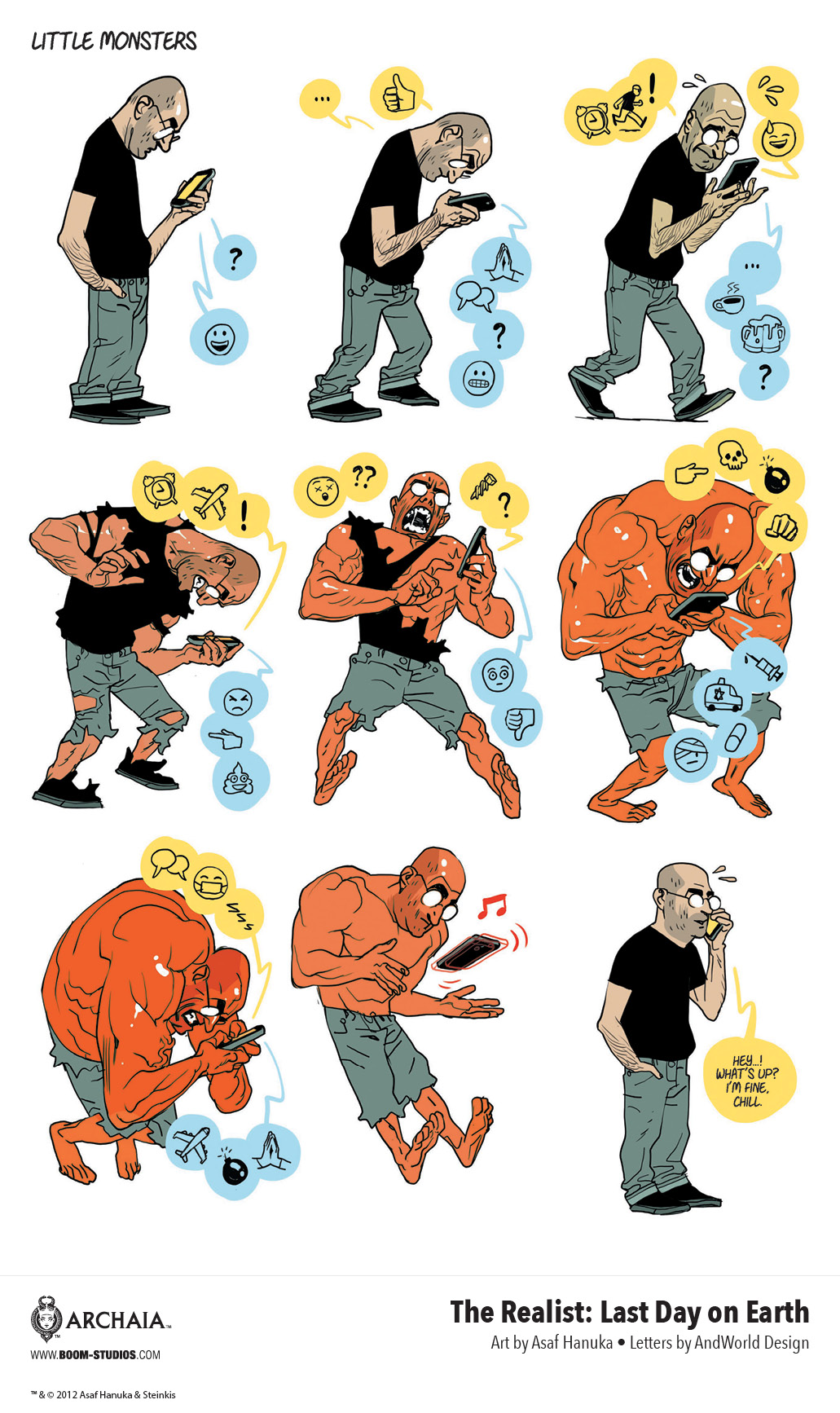