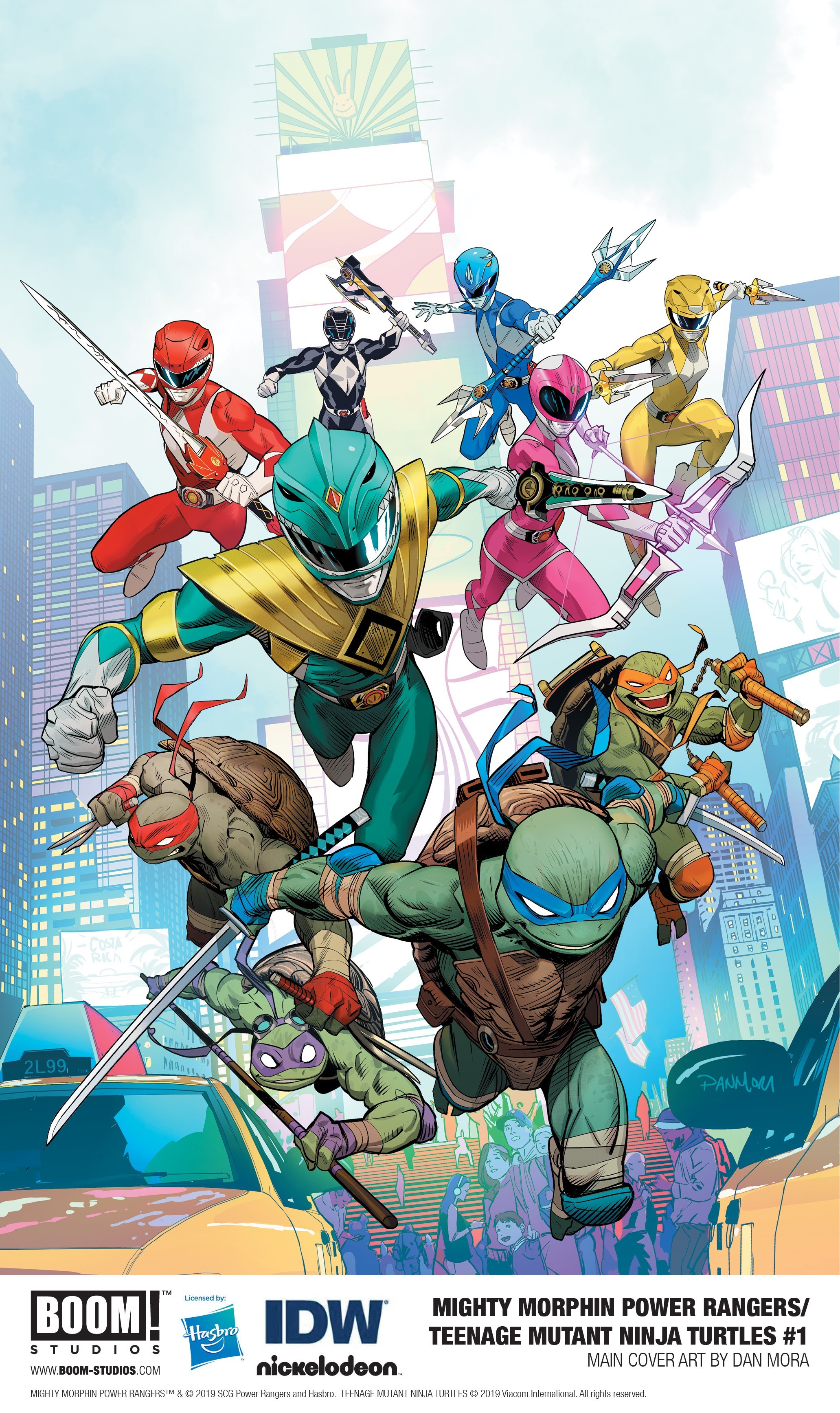 The Power Rangers arrive in New York City to find Tommy Oliver – AKA The Mighty Morphin Green Ranger – and discover him in combat with the Teenage Mutant Ninja Turtles! Rushing to his aid, the Rangers get caught up in battle with the Turtles. But afterwards, the Rangers find out that Tommy has joined forces with the villainous Shredder and the Foot Clan! Reeling from this betrayal, the Power Rangers must somehow find a way to work with the Ninja Turtles to defeat the true villains and save the world from total destruction!

Print copies of MIGHTY MORPHIN POWER RANGERS/TEENAGE MUTANT NINJA TURTLES #1 will be available on December 4, 2019 at local comic book shops (use comicshoplocator.com to find the one nearest you), or at the BOOM! Studios webstore. Digital copies can be purchased from content providers like comiXology, iBooks, Google Play, and the BOOM! Studios app. 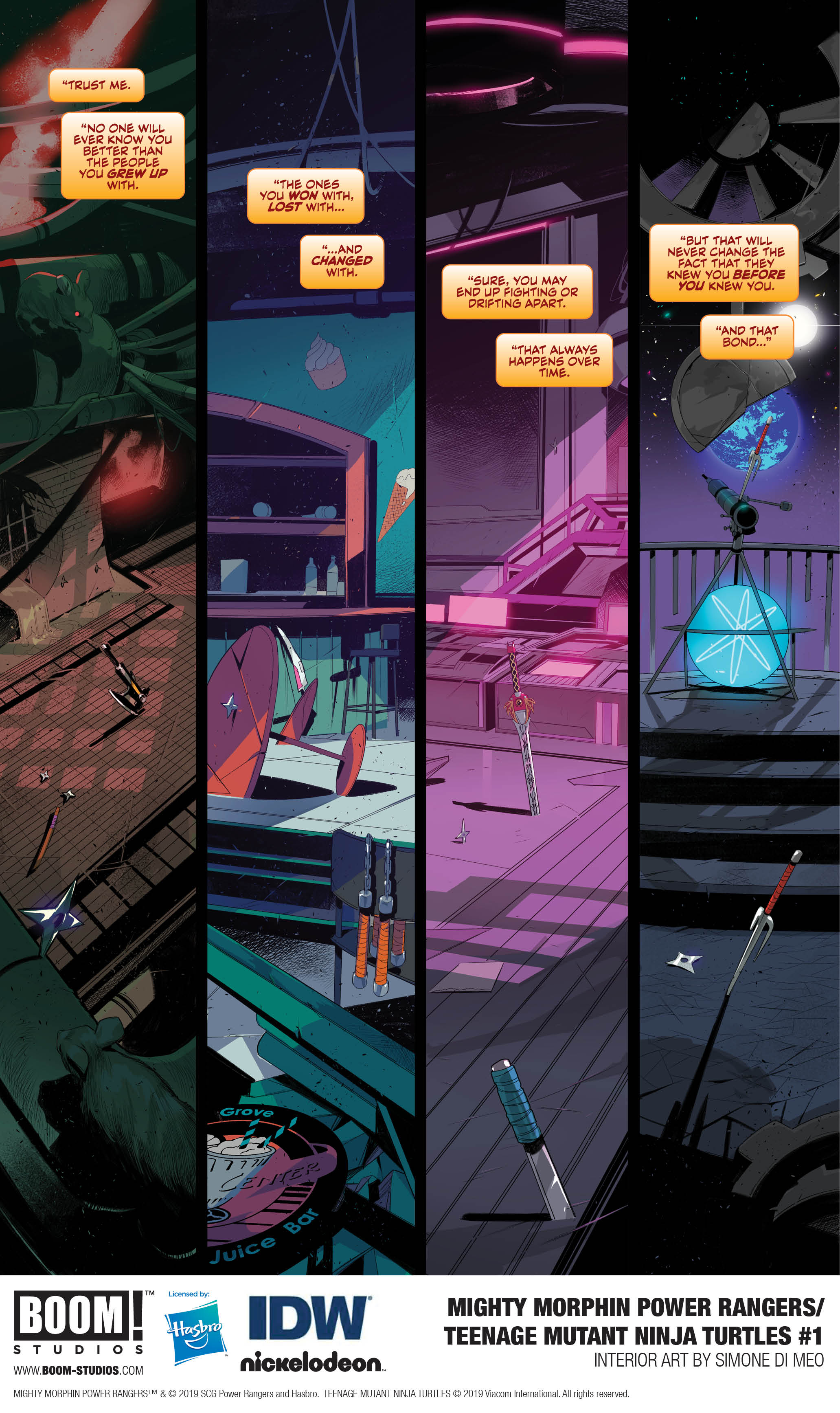 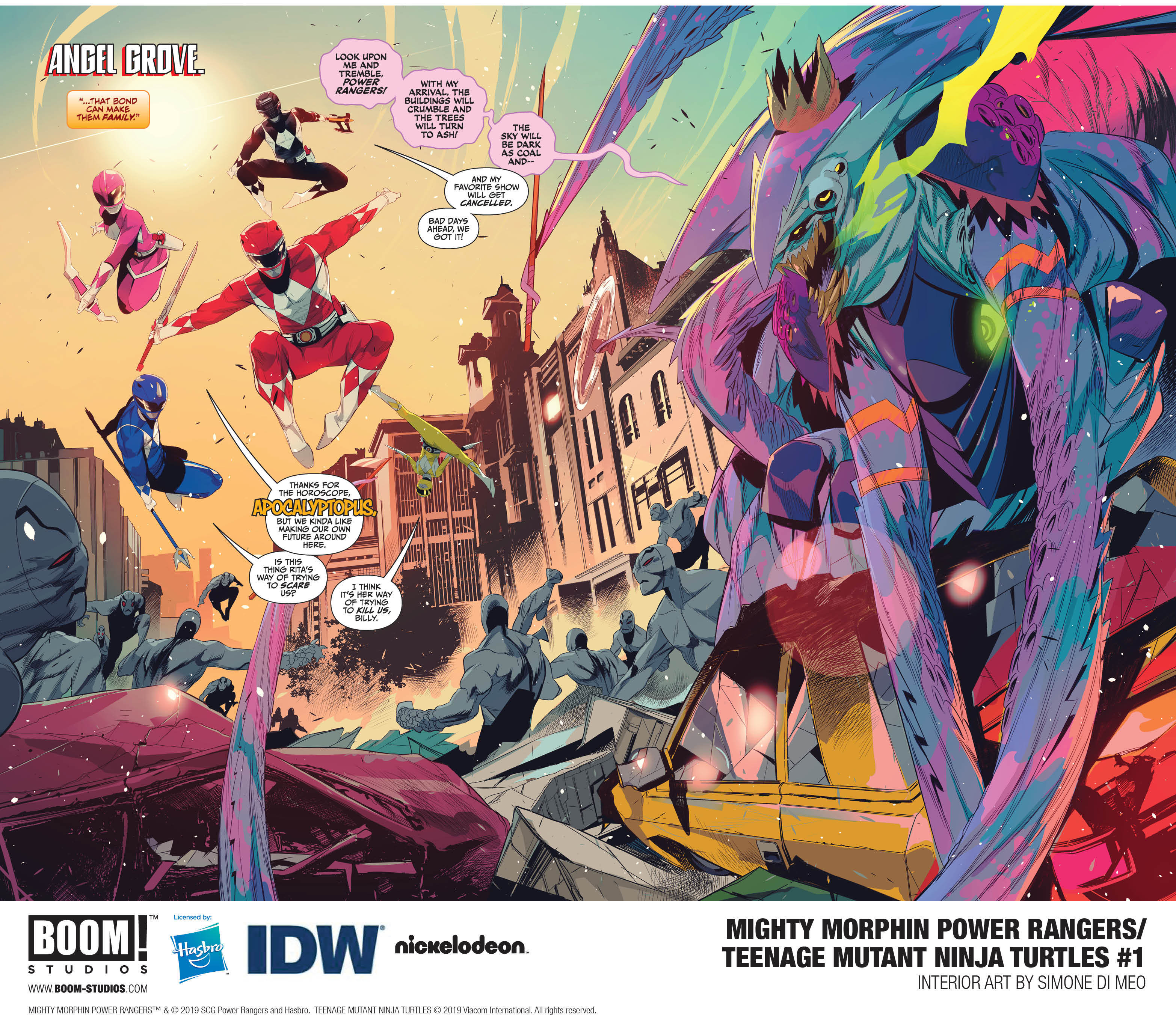 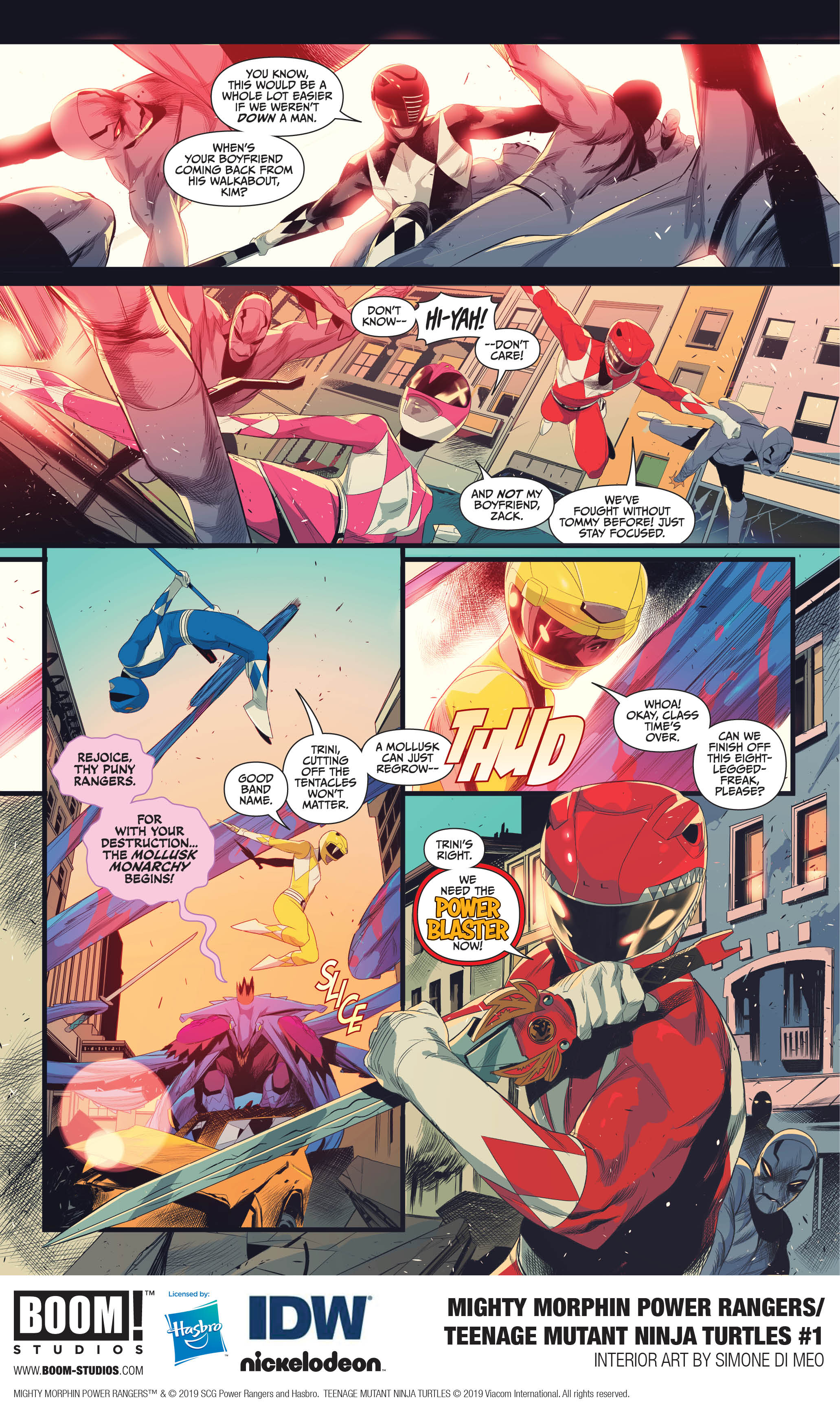 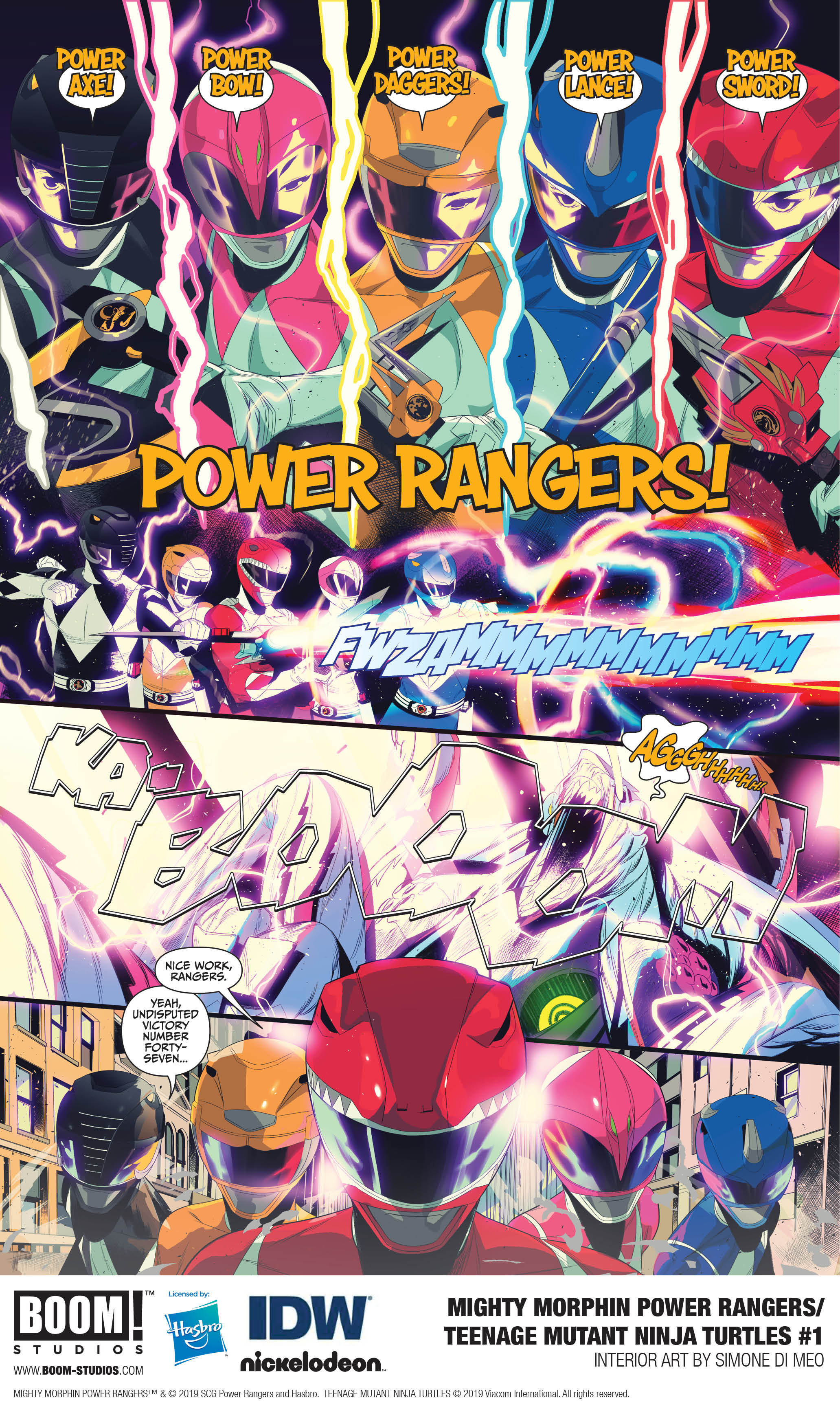 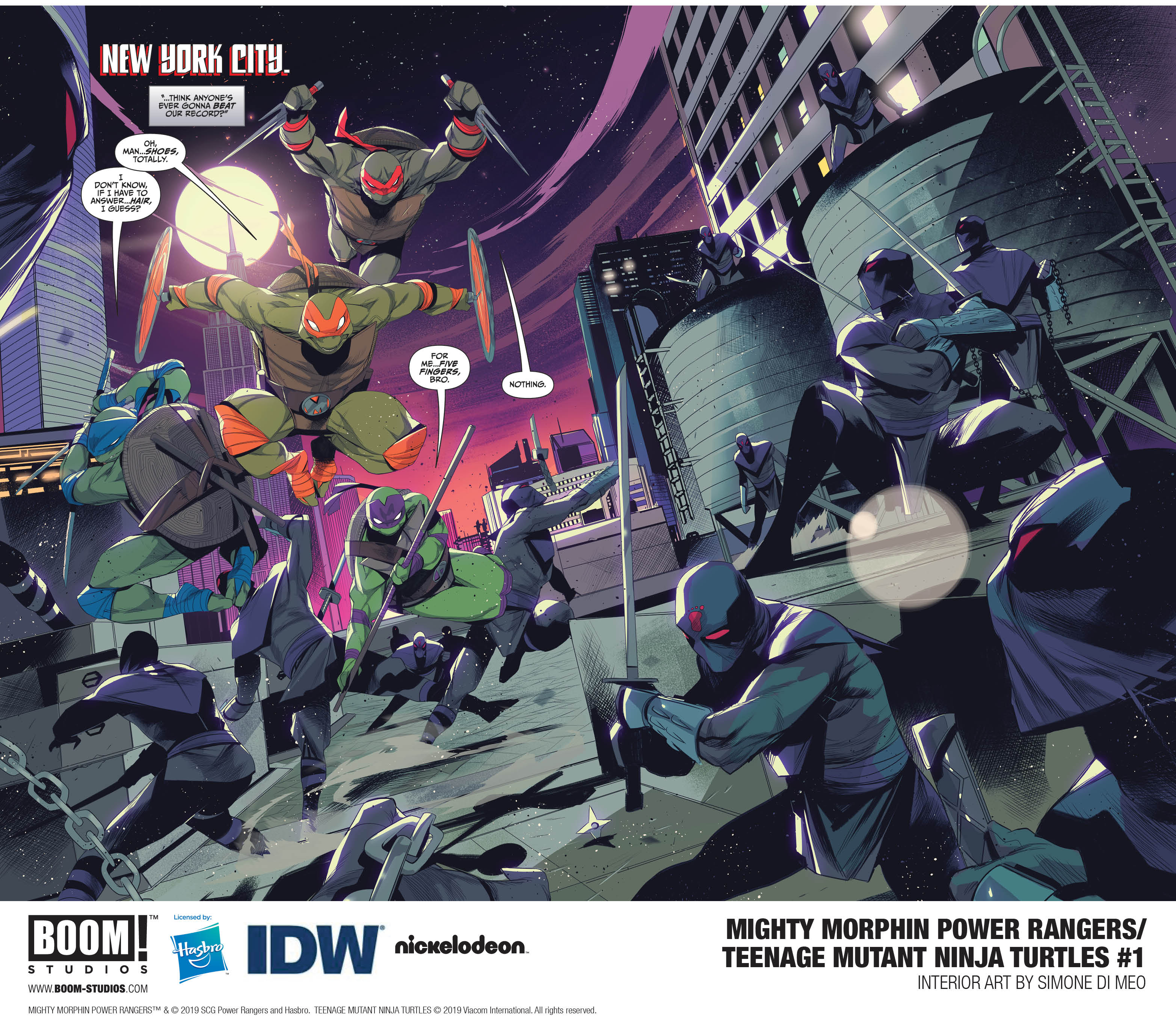 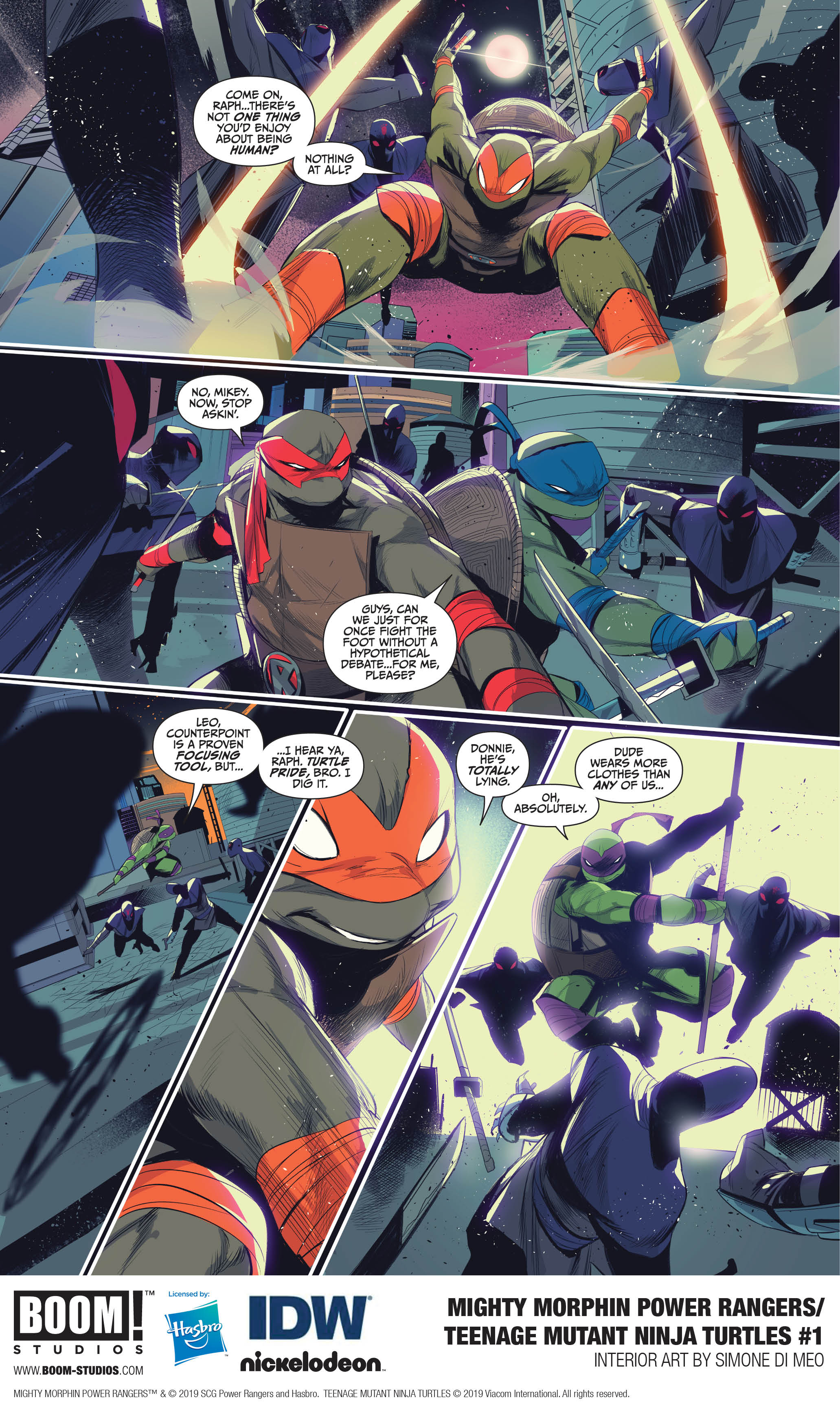