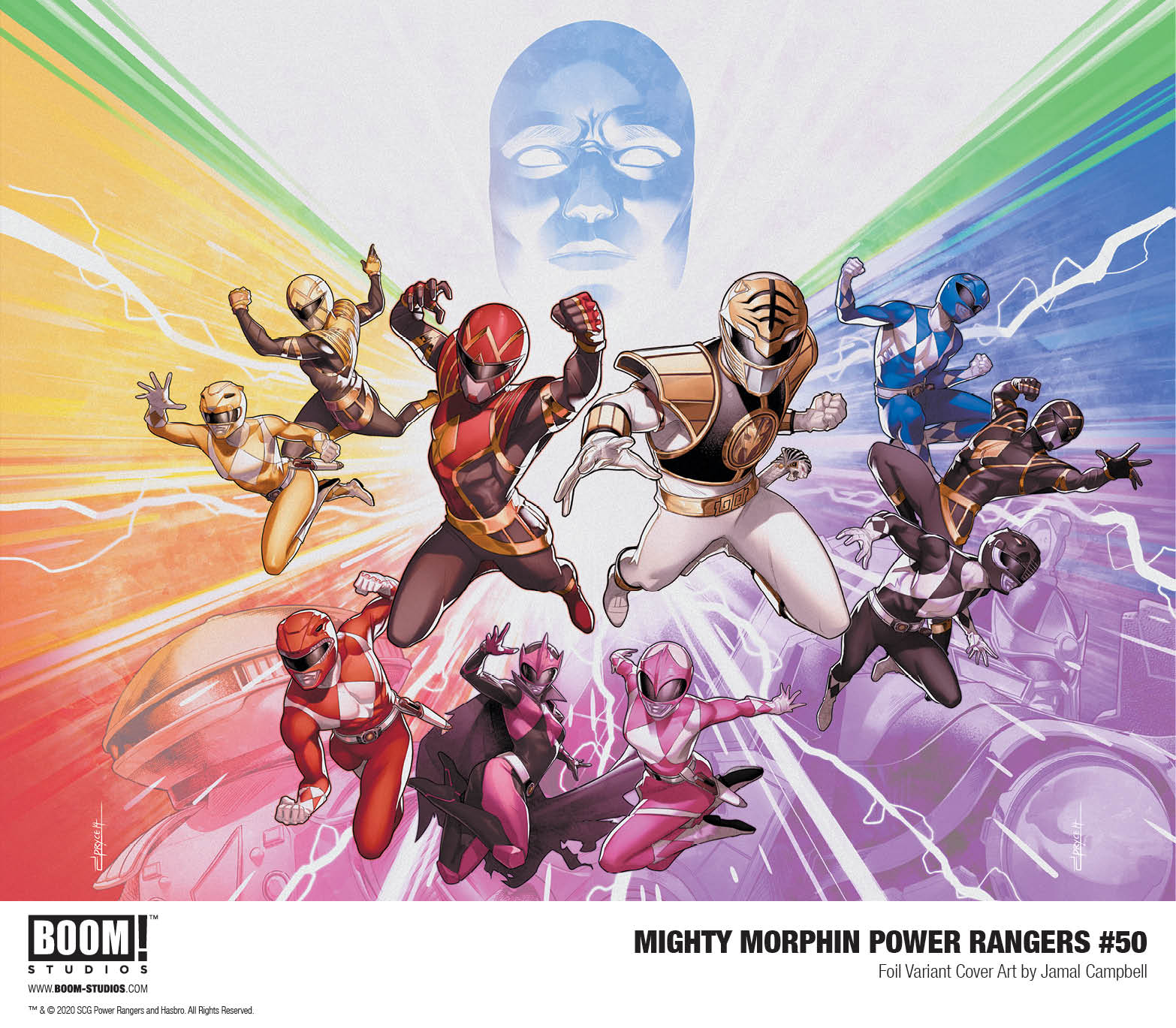 The Mighty Morphin Power Rangers and the Omega Rangers – along with surprise new allies – team up to face The Anointed in this epic conclusion to the Power Rangers event: Necessary Evil! Everything has been leading to the shocking return of a fan favorite character so big that we needed a last page gatefold to contain it! But what does it mean now that [SPOILER] is back?

Currently, Power Rangers is celebrating 27 continuous years on the air, making it one of the longest running kids’ live-action series in television history with nearly 900 episodes aired to date. Created by Haim Saban and launched in 1993 with Mighty Morphin Power Rangers, the franchise continues with the 27th season, “Power Rangers Beast Morphers” currently airing on Saturdays at 8 a.m. (ET/PT) on Nickelodeon in the U.S.

Print copies of MIGHTY MORPHIN POWER RANGERS #50 will be available on June 24, 2020 exclusively at local comic book shops (use comicshoplocator.com to find the one nearest you) or at the BOOM! Studios webstore. Digital copies can be purchased from content providers like comiXology, iBooks, Google Play, and Madefire. Softcover collections of MIGHTY MORPHIN POWER RANGERS,  and other Power Rangers releases from BOOM! Studios are available now, everywhere books are sold. 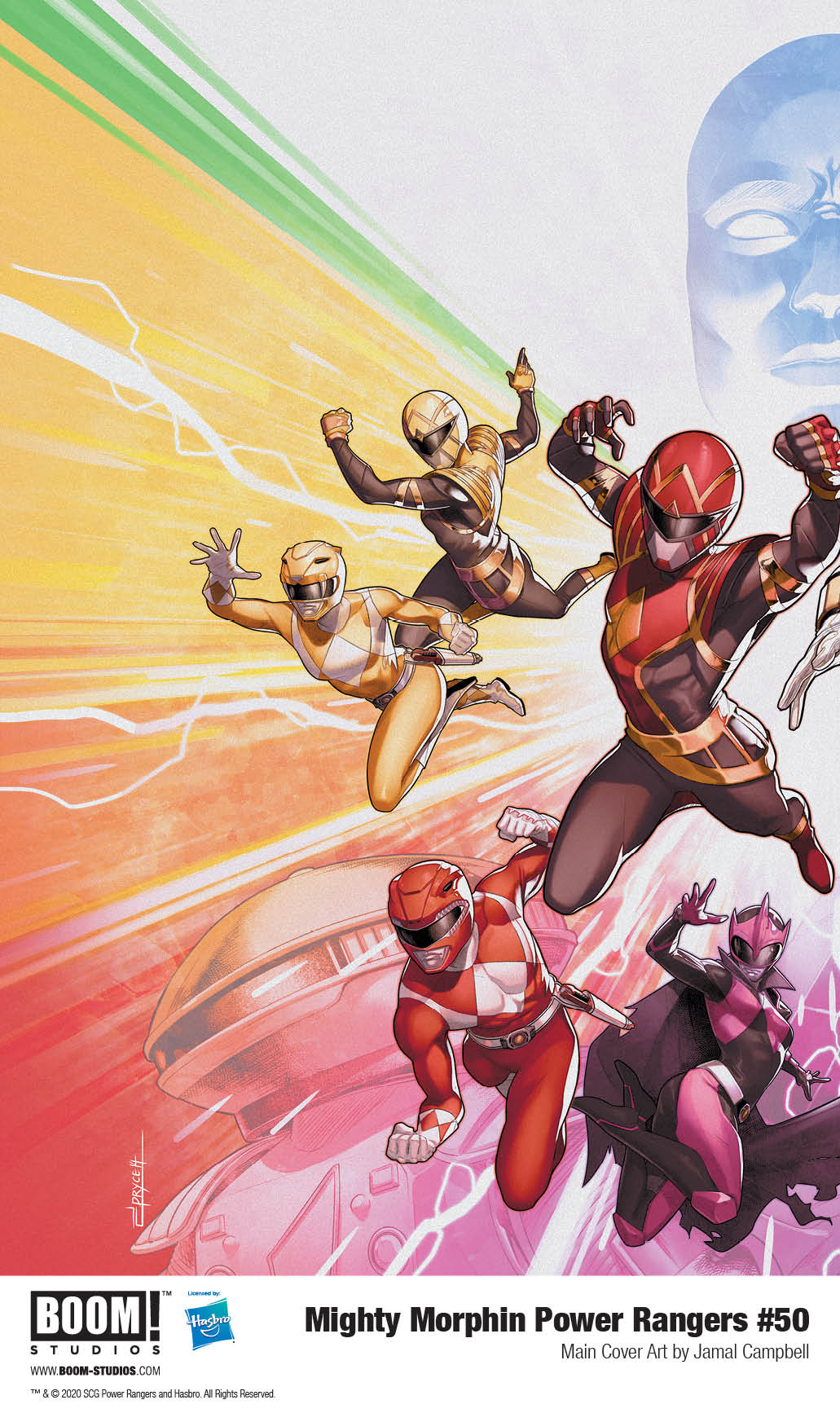 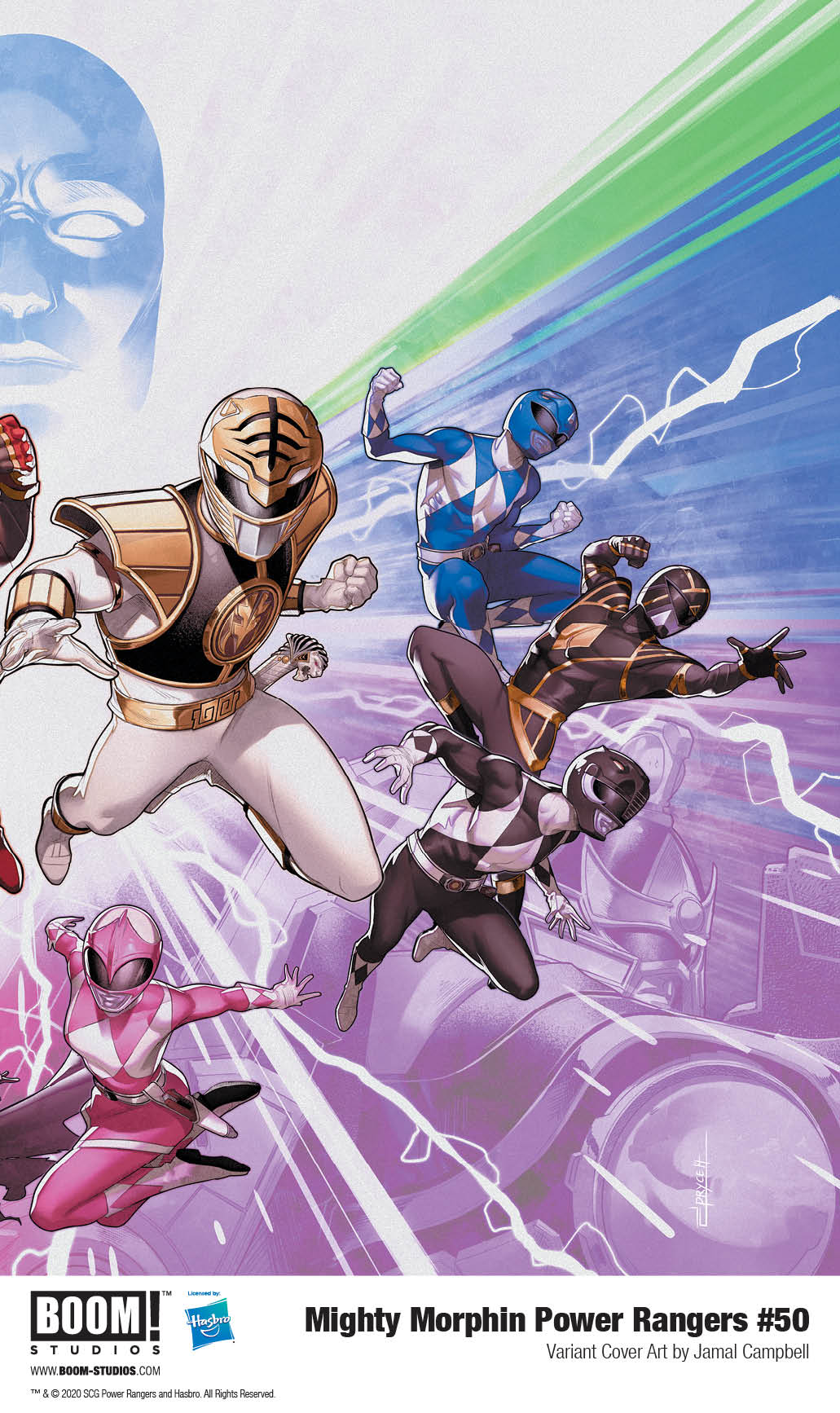 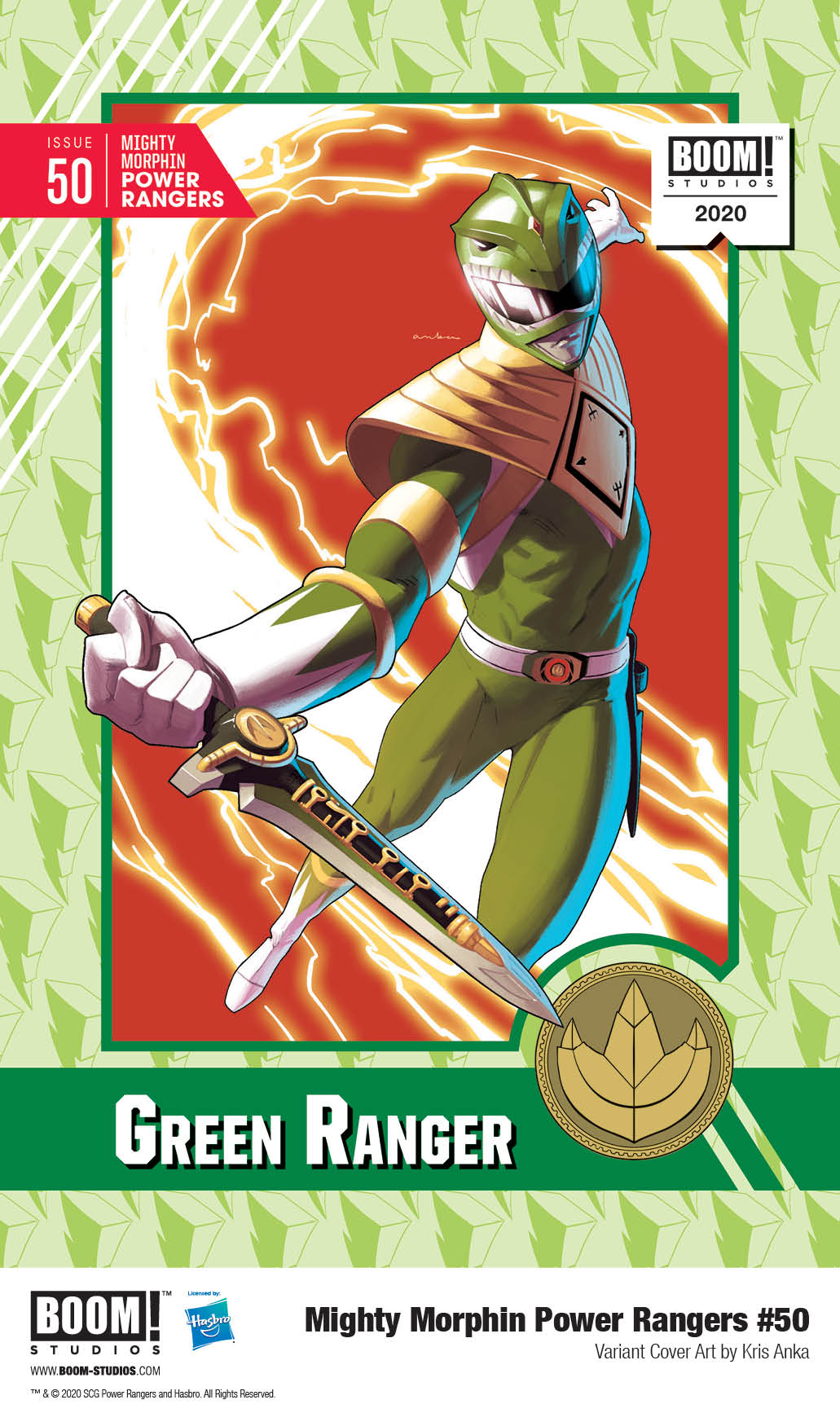 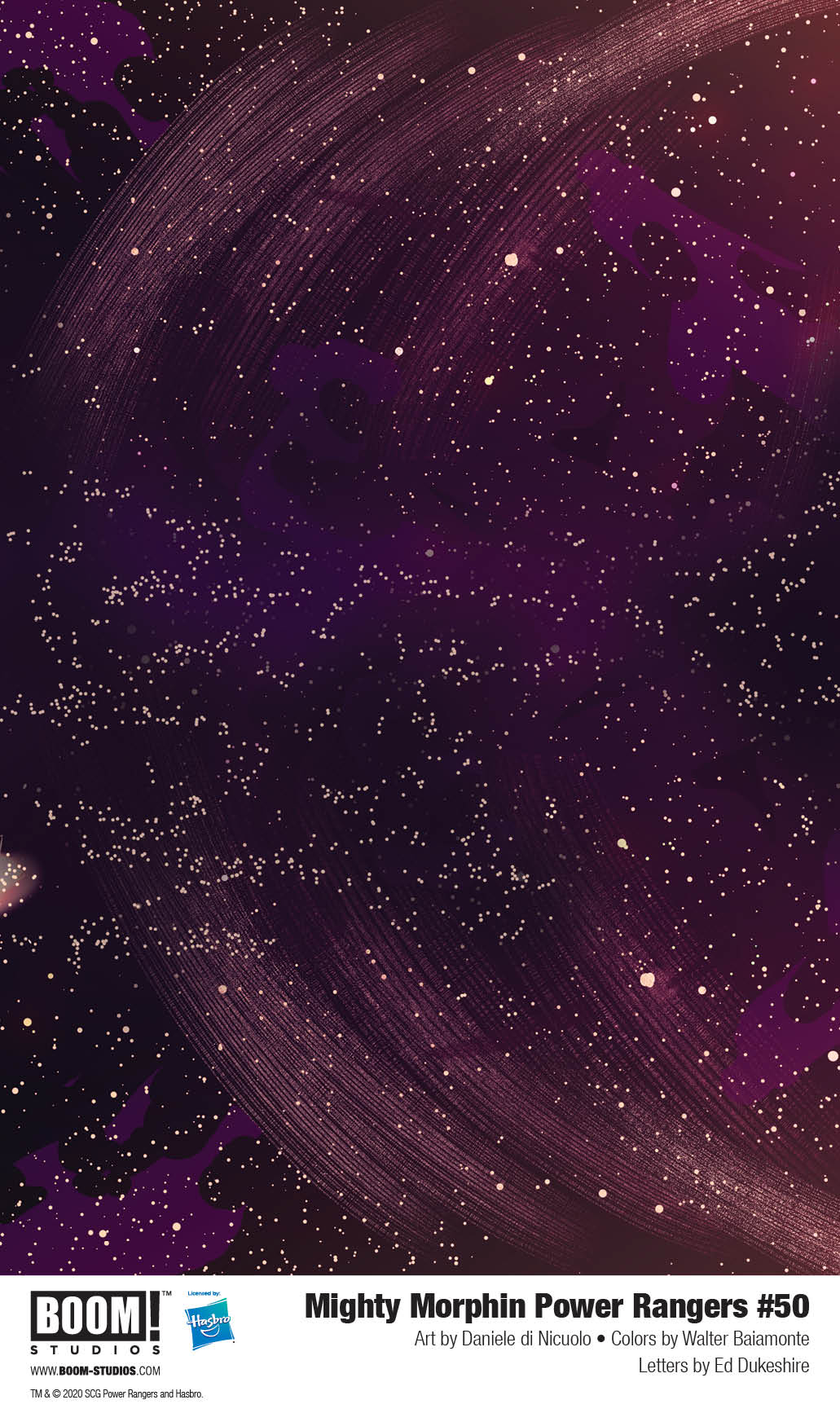 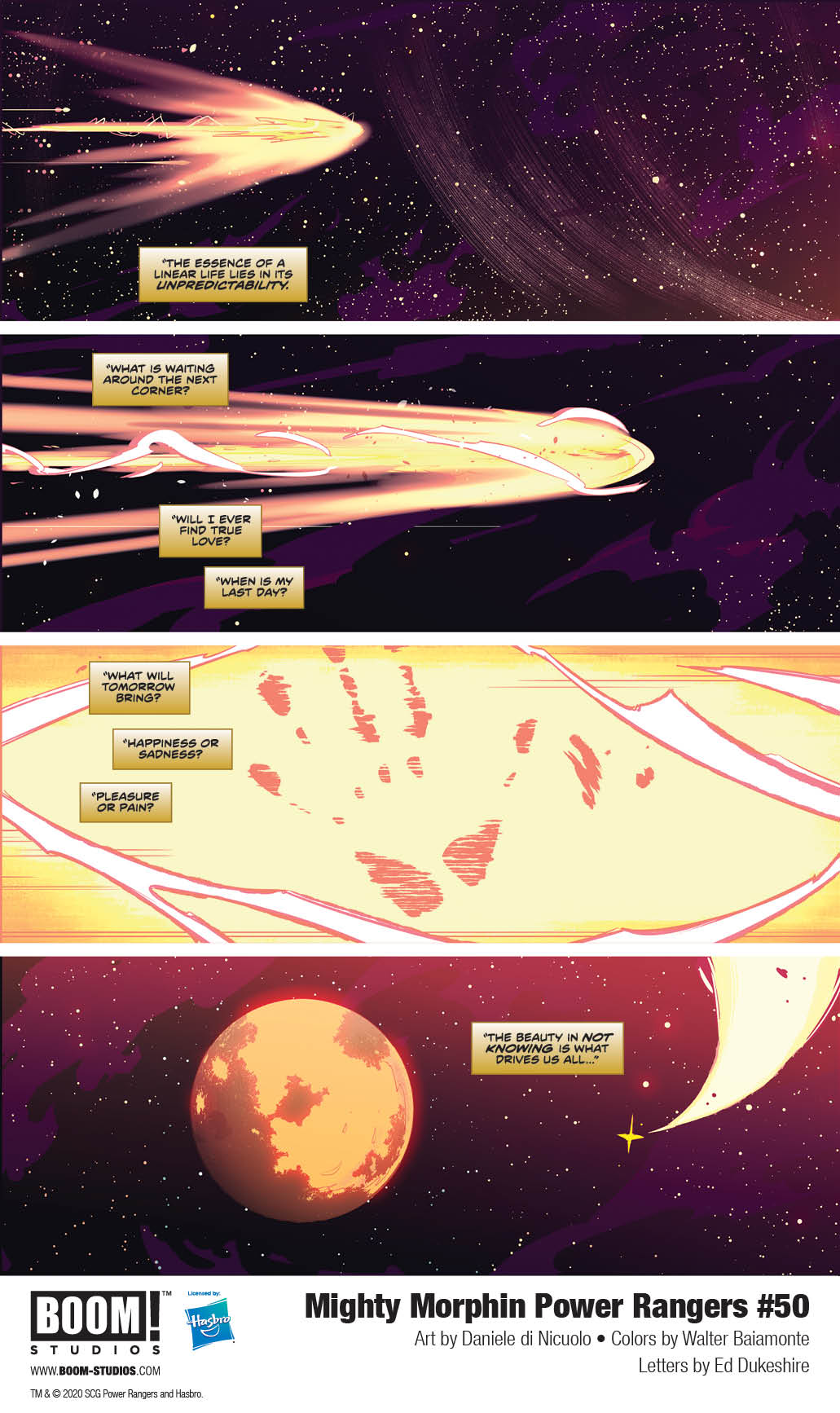 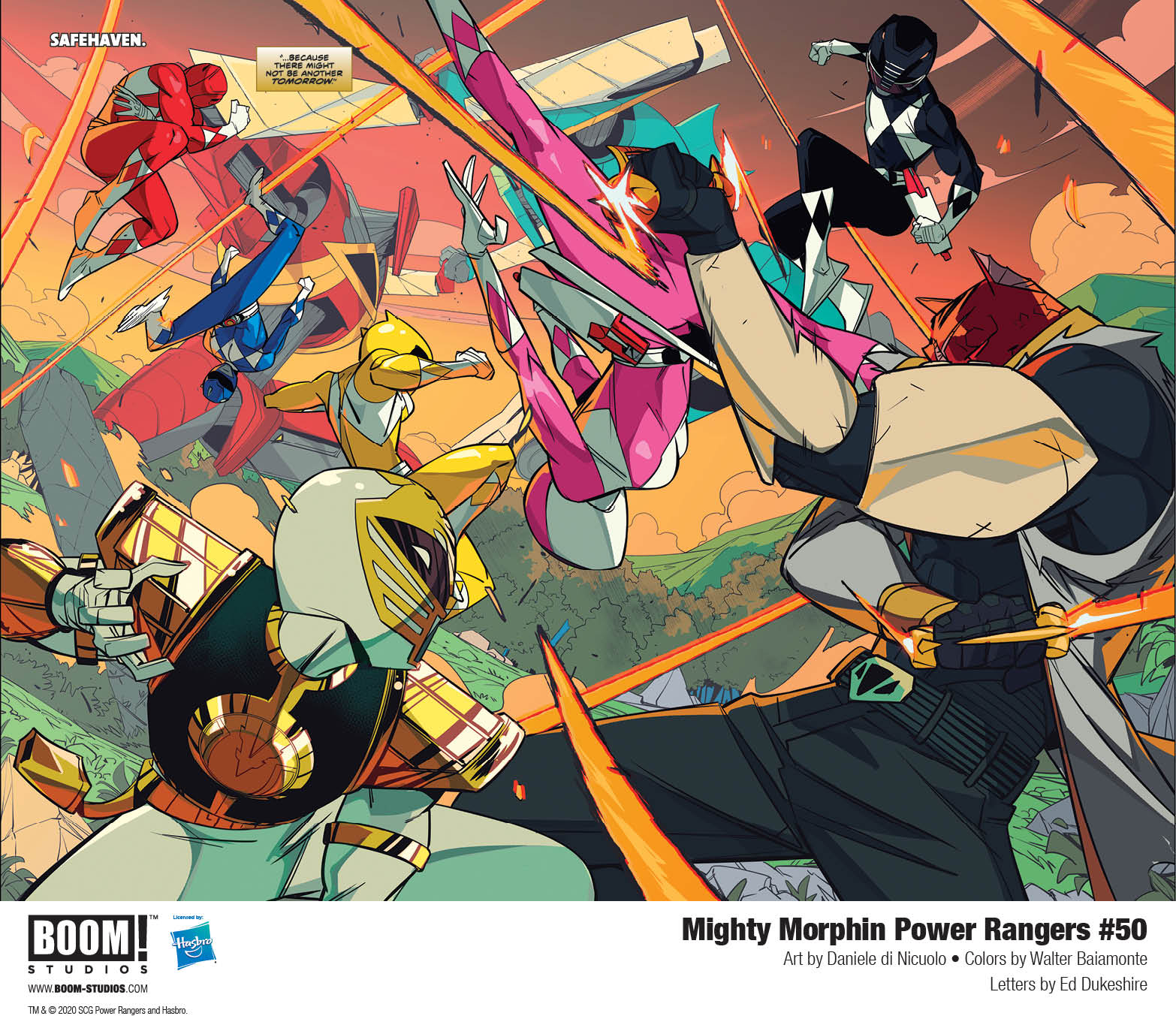 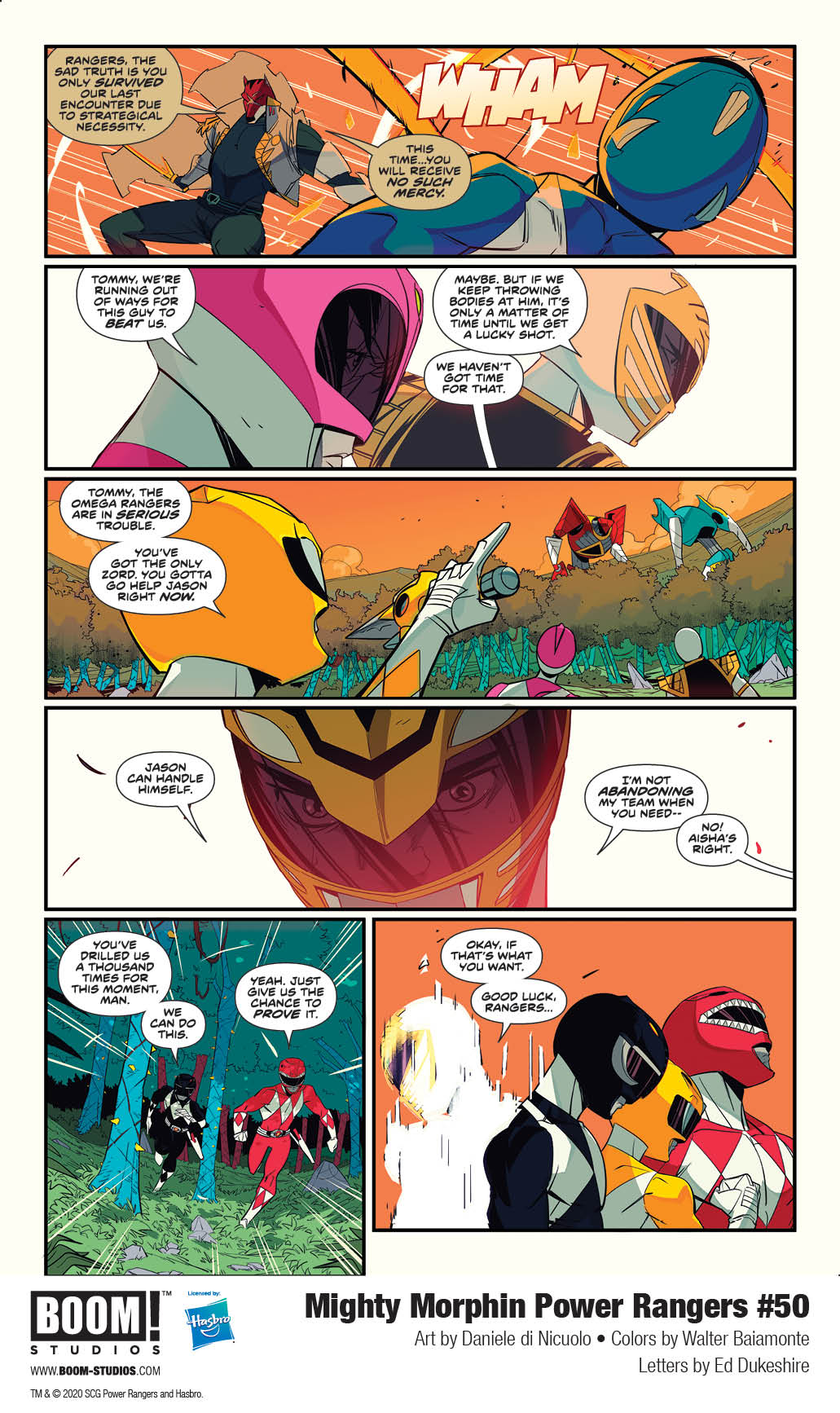