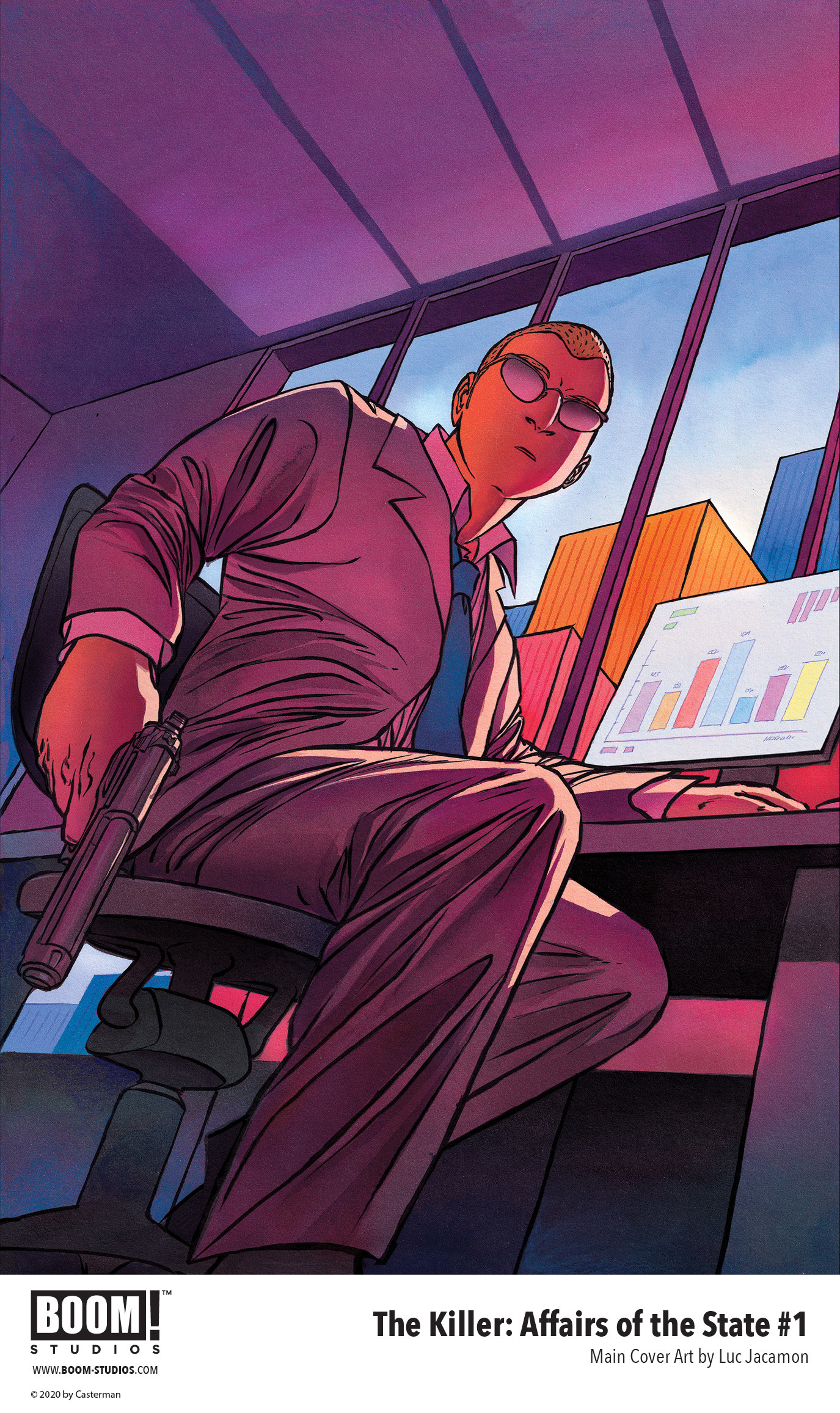 Caught and put to work as an on-call assassin for the French government, Killer has to adjust to working with a handler, a partner, and living life as a civilian. An underhanded target, a City Hall employee, leads Killer and his partner, Nicolas, toward a sinister web of city-wide corruption. But while Nicolas assures Killer that it’s all for the greater good, will Killer ever be able to get back to his nihilistic lifestyle, free from debt and government associations?

THE KILLER: AFFAIRS OF THE STATE is the latest release from BOOM! Studios’ award-winning Archaia imprint, home to inspiring graphic novels such as Slaughterhouse-Five by Kurt Vonnegut, Ryan North, and Albert Monteys; The Sacrifice of Darkness by Roxane Gay, Tracy Lynne-Oliver, and Rebecca Kirby; Big Black: Stand at Attica by Frank “Big Black” Smith, Jared Reinmuth, and Améziane, We Served the People by Emei Burell, New World by David Jesus Vignolli, About Betty’s Boob by Vero Cazot and Julie Rocheleau, Eighty Days by A.C. Esguerra, the upcoming Better Angels: A Kate Warne Adventure by Jeff Jensen and George Schall, the upcoming The Short While by Jeremy Sorese, as well as licensed series including Sabaa Tahir’s An Ember in the Ashes, Lev Grossman’s The Magicians, Jim Henson’s The Dark Crystal: Age of Resistance, and Jim Henson’s Labyrinth: Coronation.

Print copies of THE KILLER: AFFAIRS OF THE STATE #1 will be available for sale on February 23, 2022 exclusively at local comic book shop (use comicshoplocator.com to find the nearest one) or at the BOOM! Studios webstore. Digital copies can be purchased from content providers, including comiXology, iBooks, Google Play, and Kindle.. 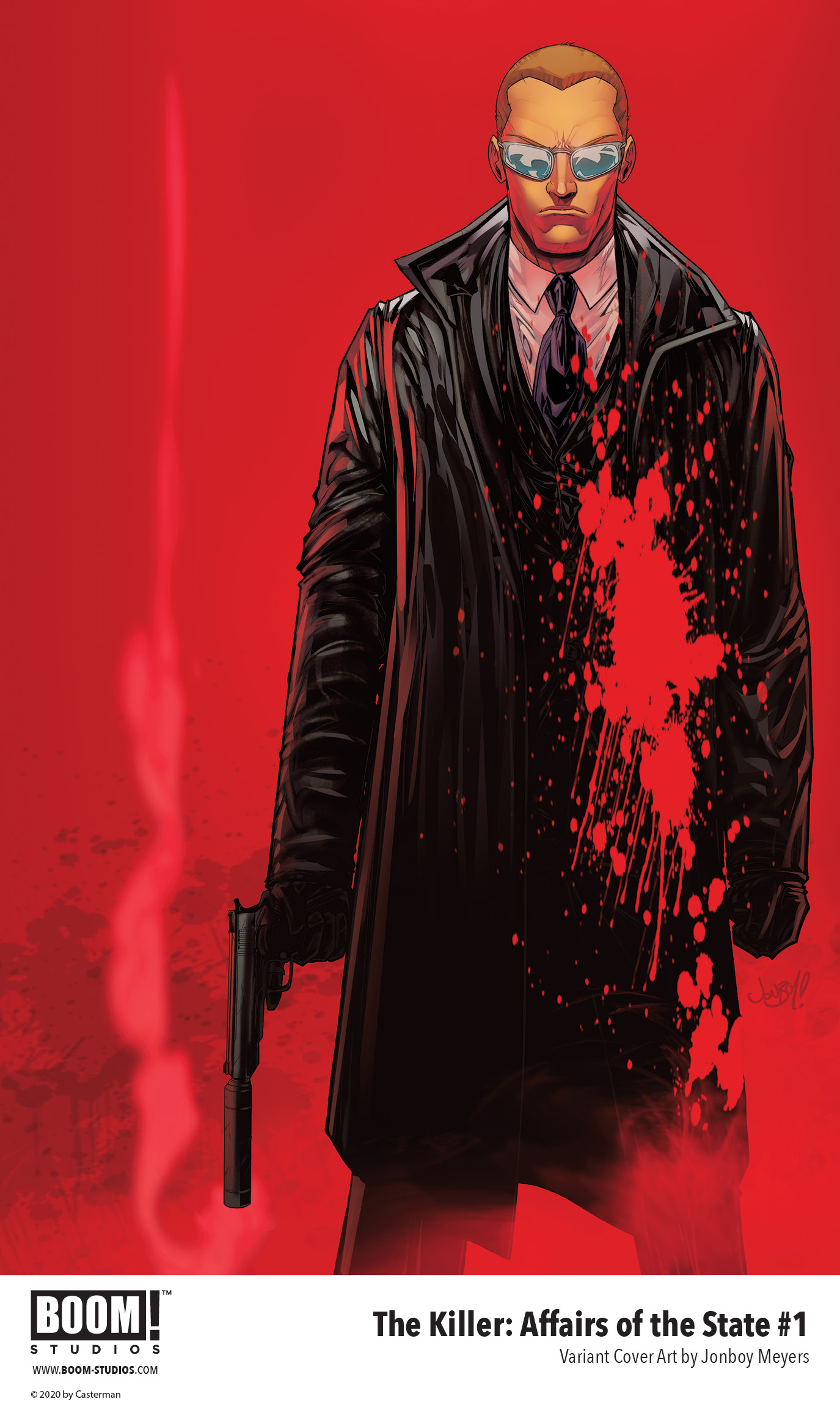 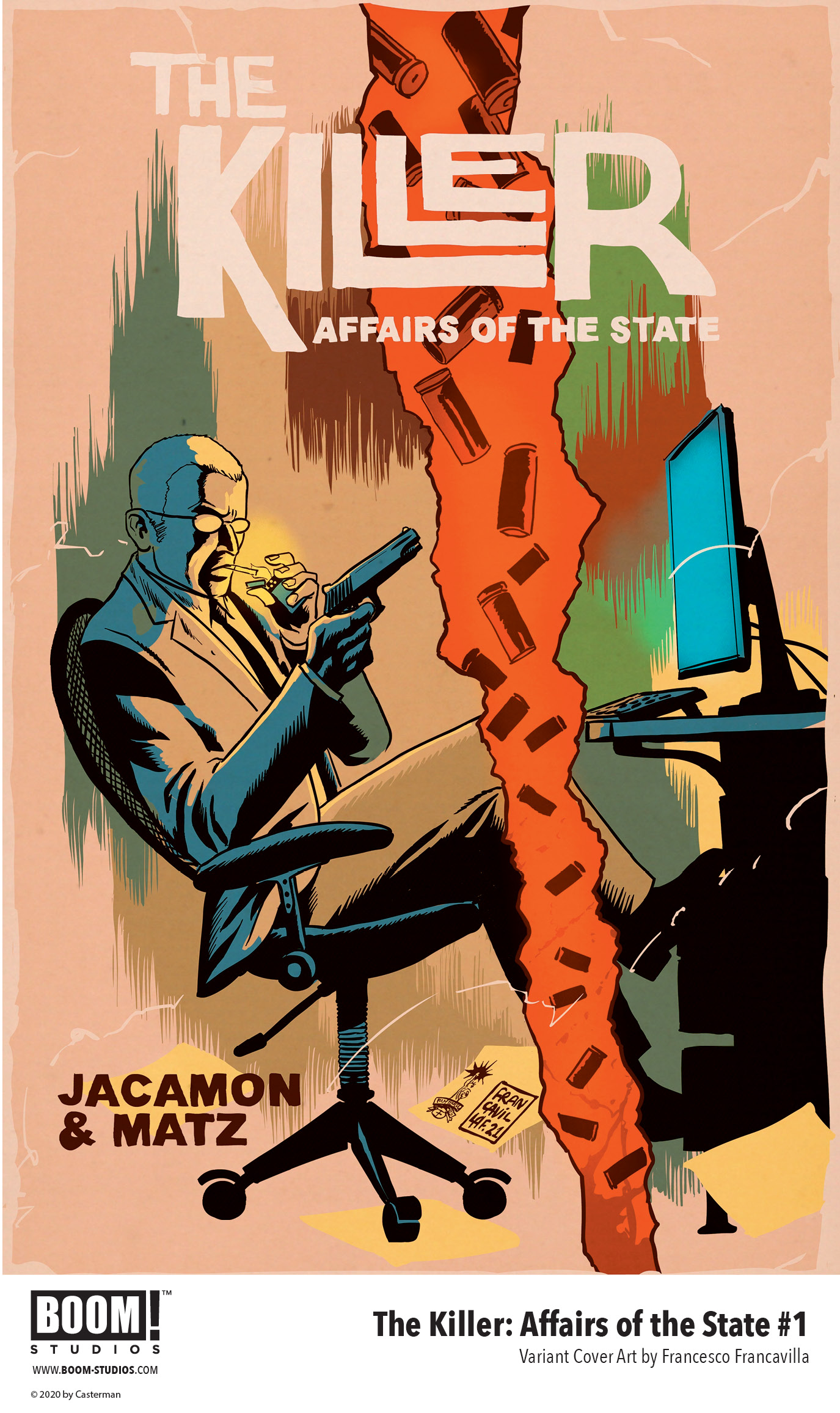 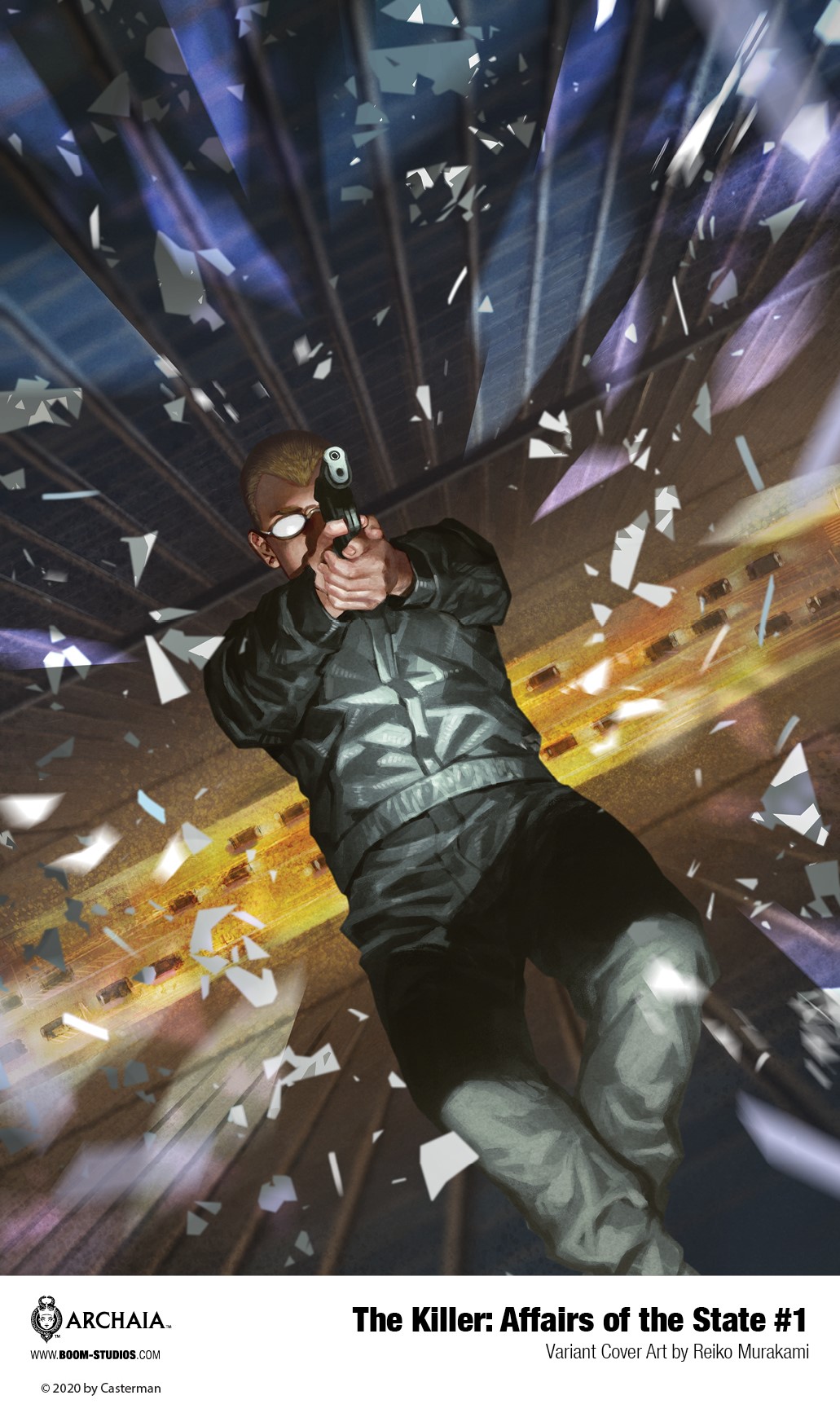 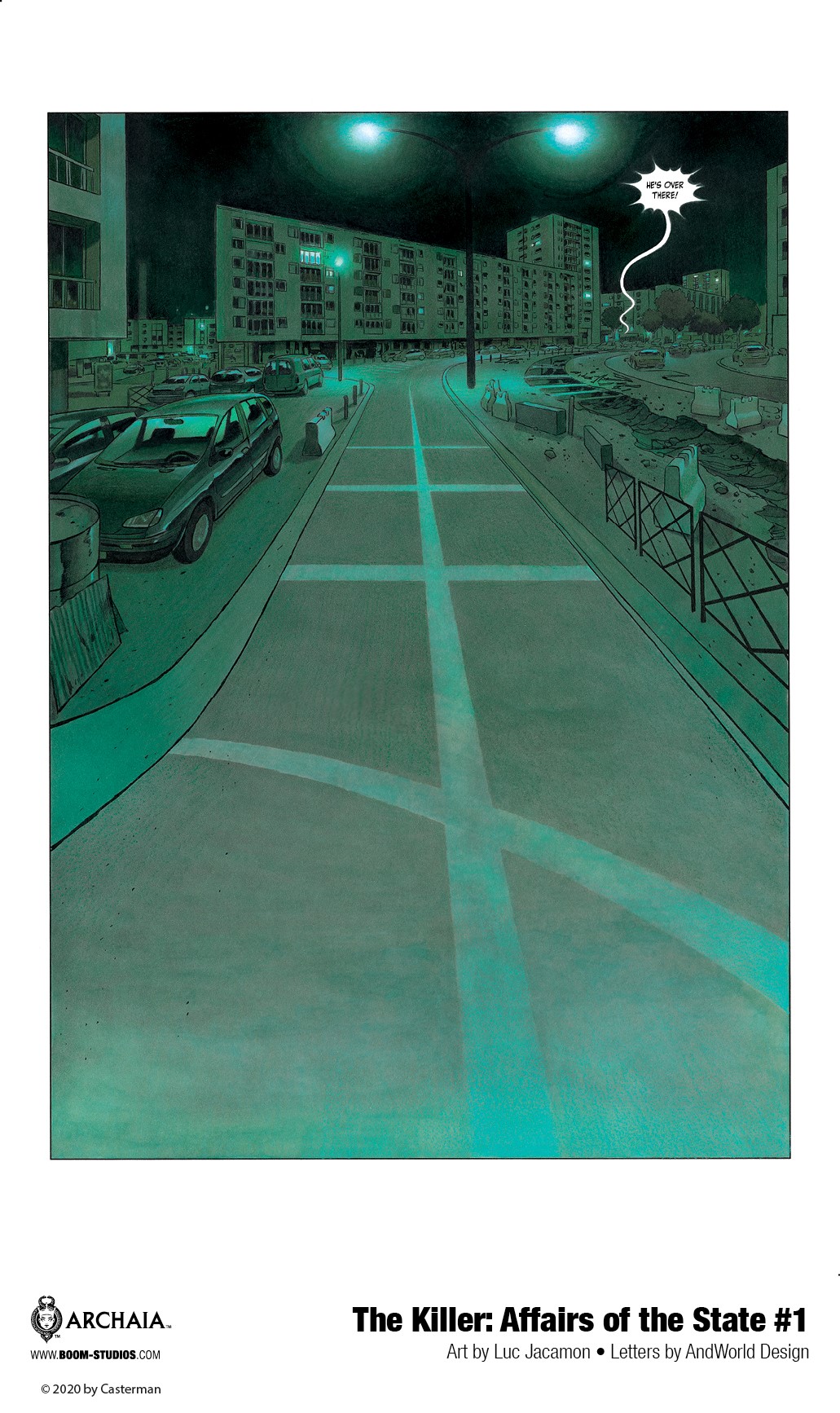 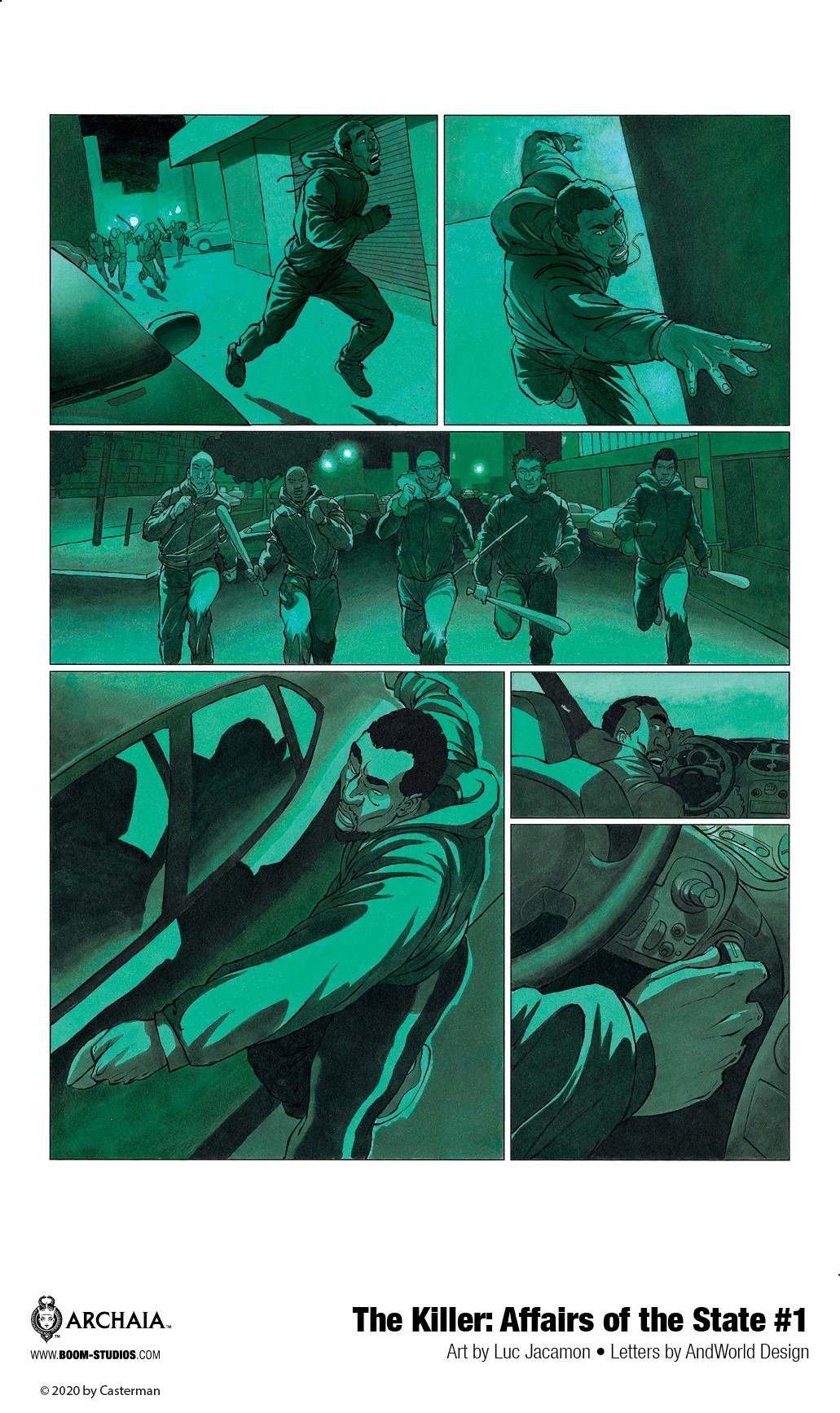 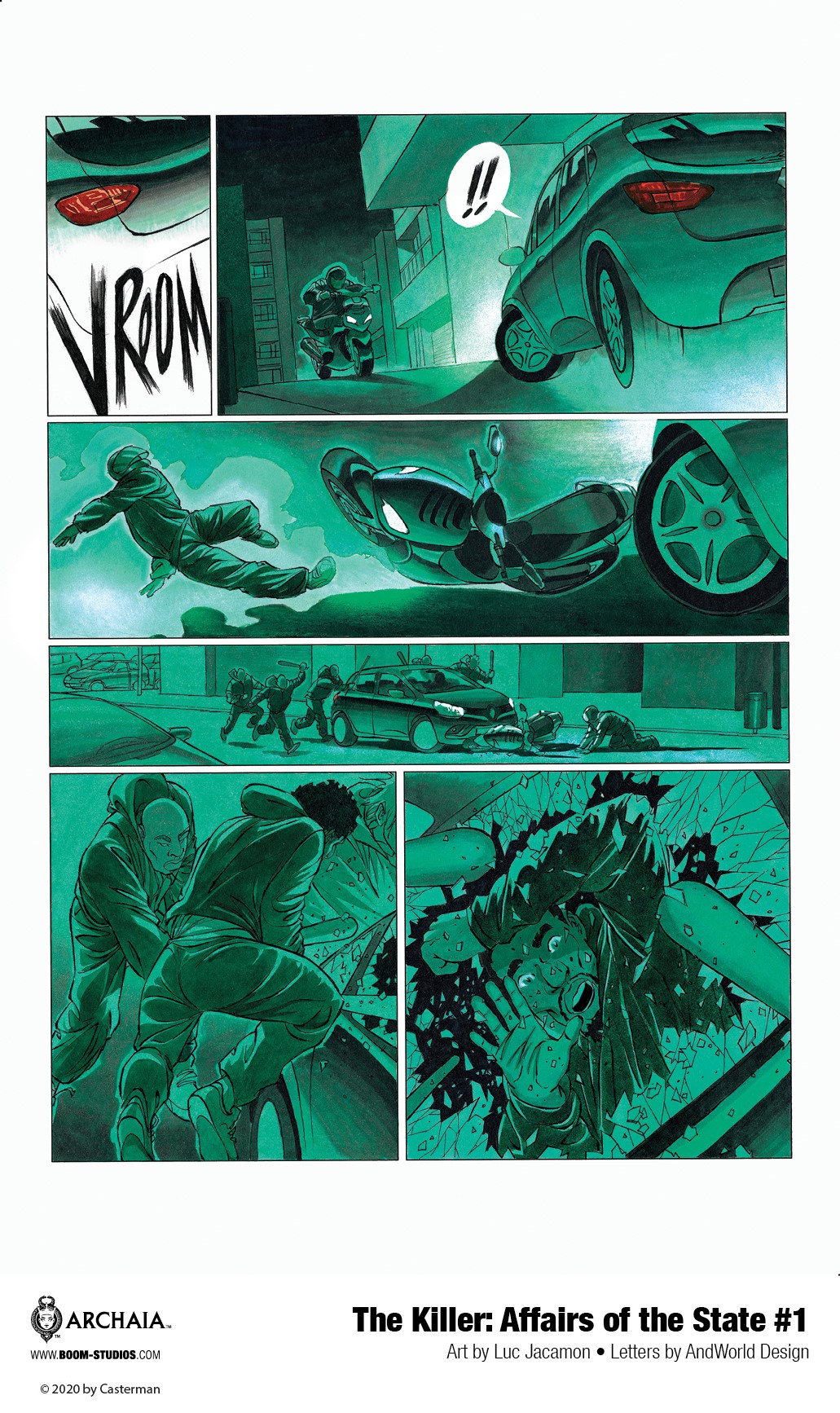 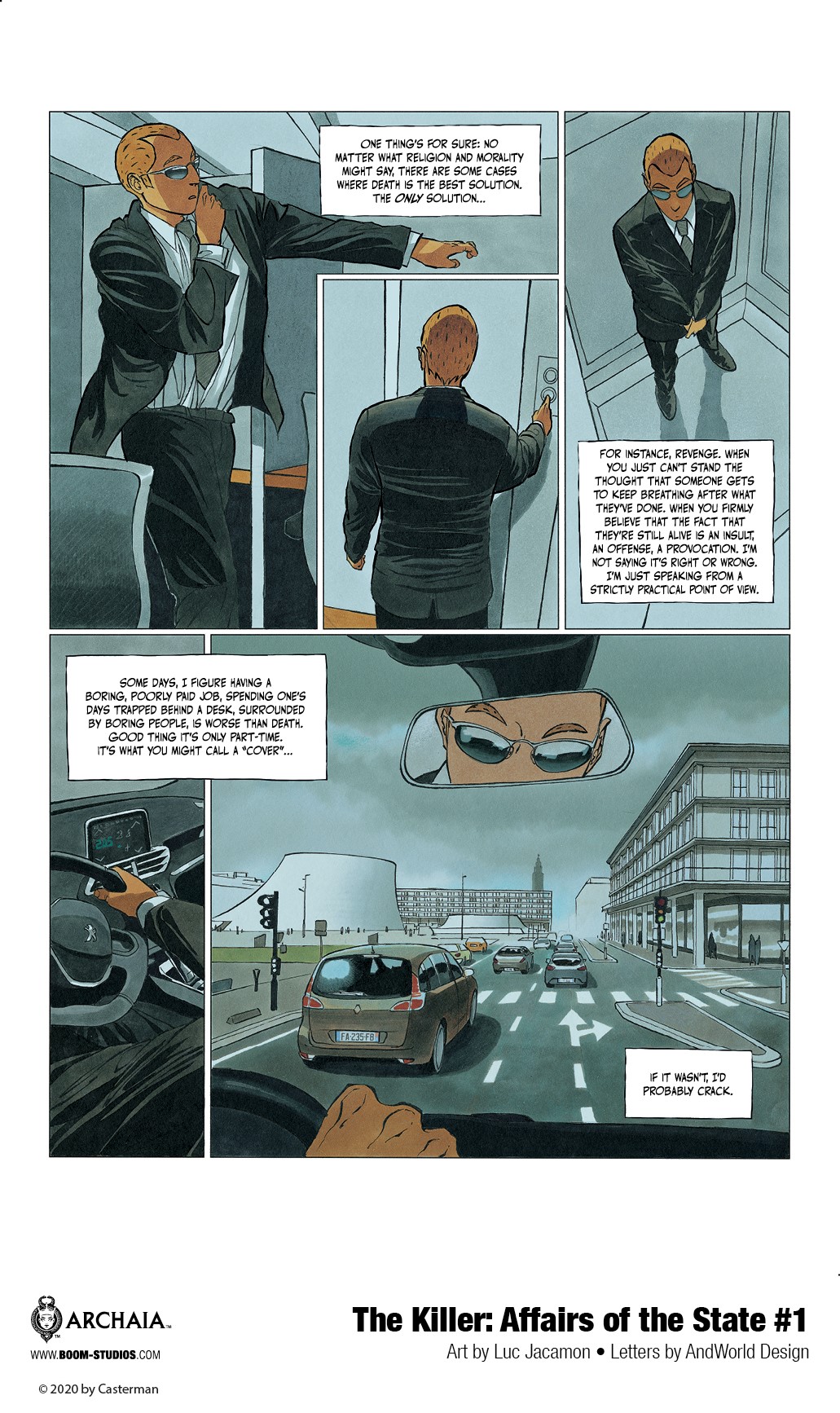 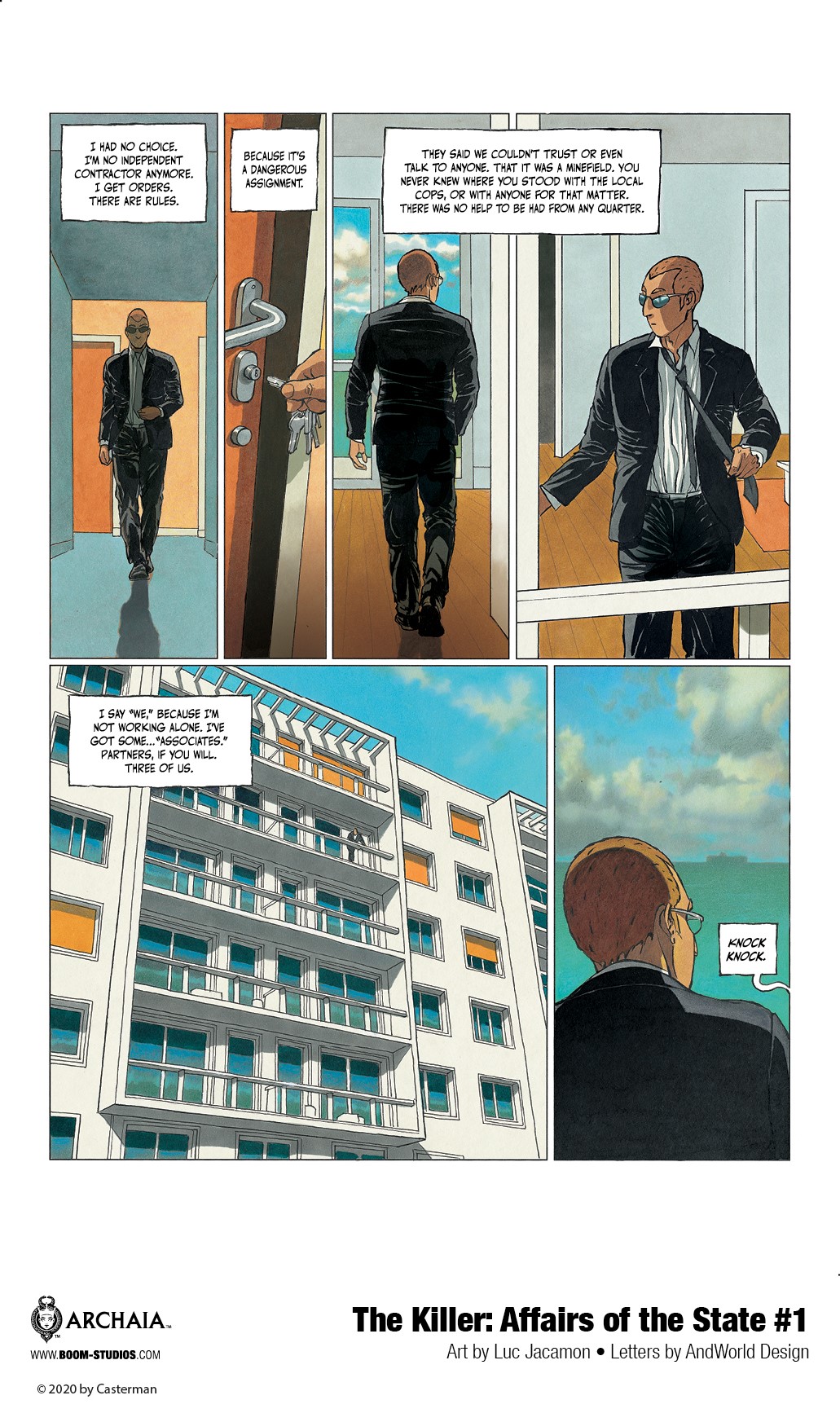 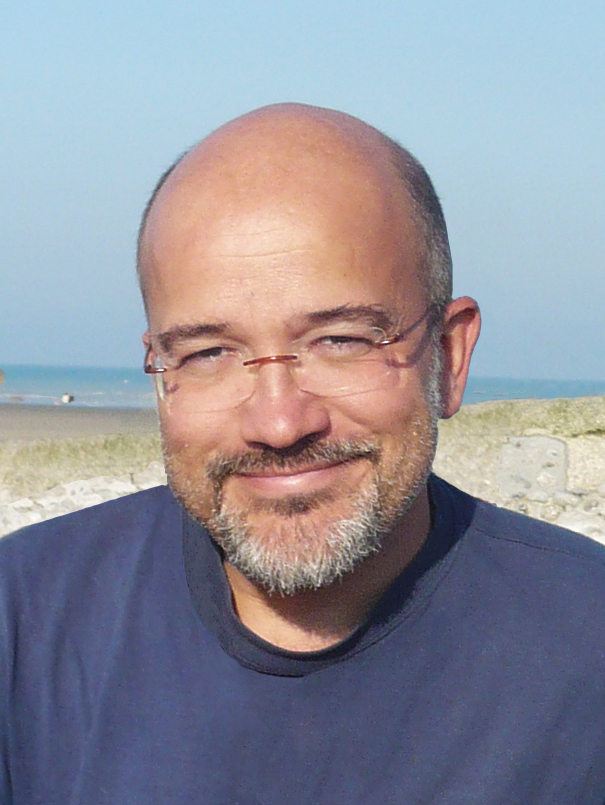 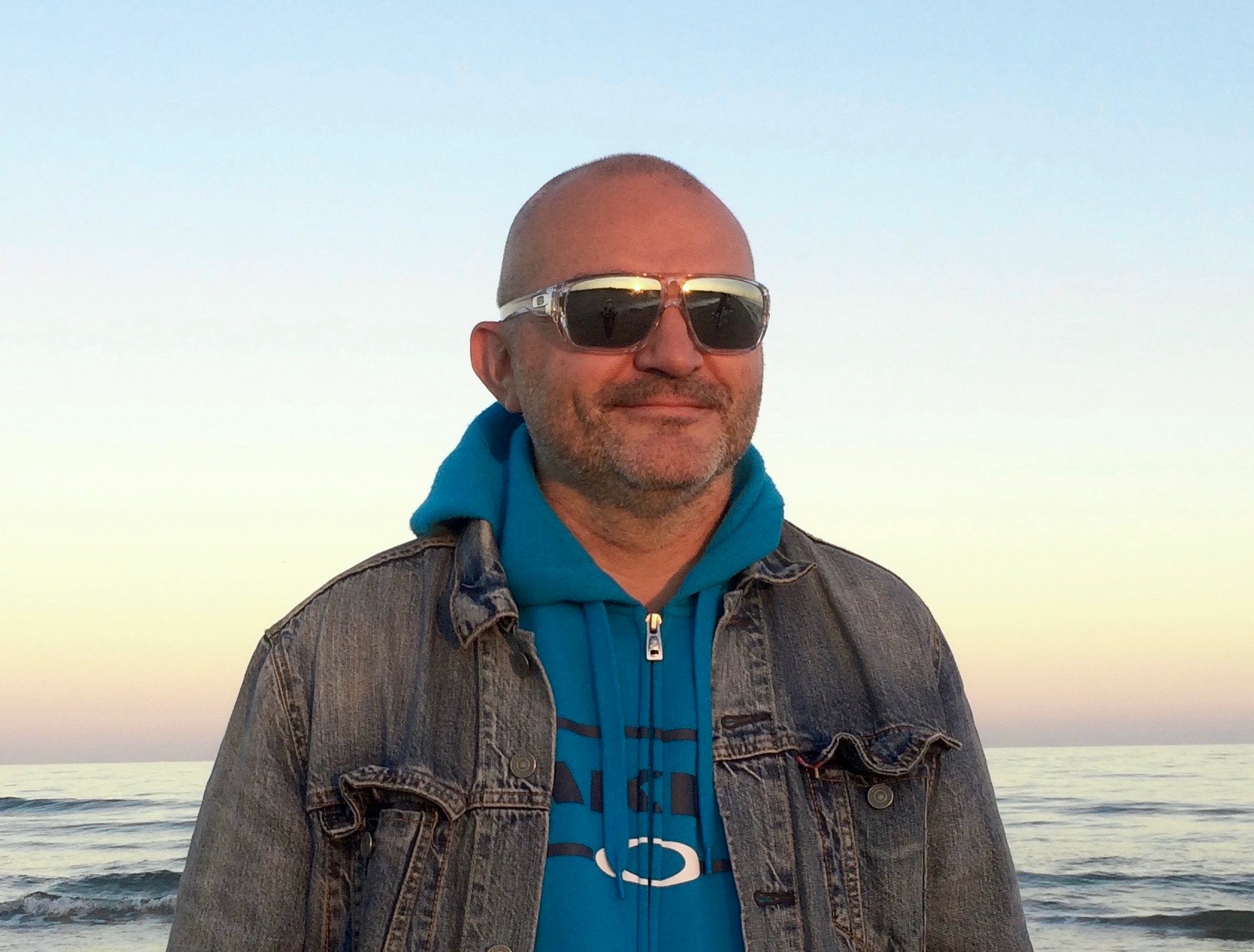