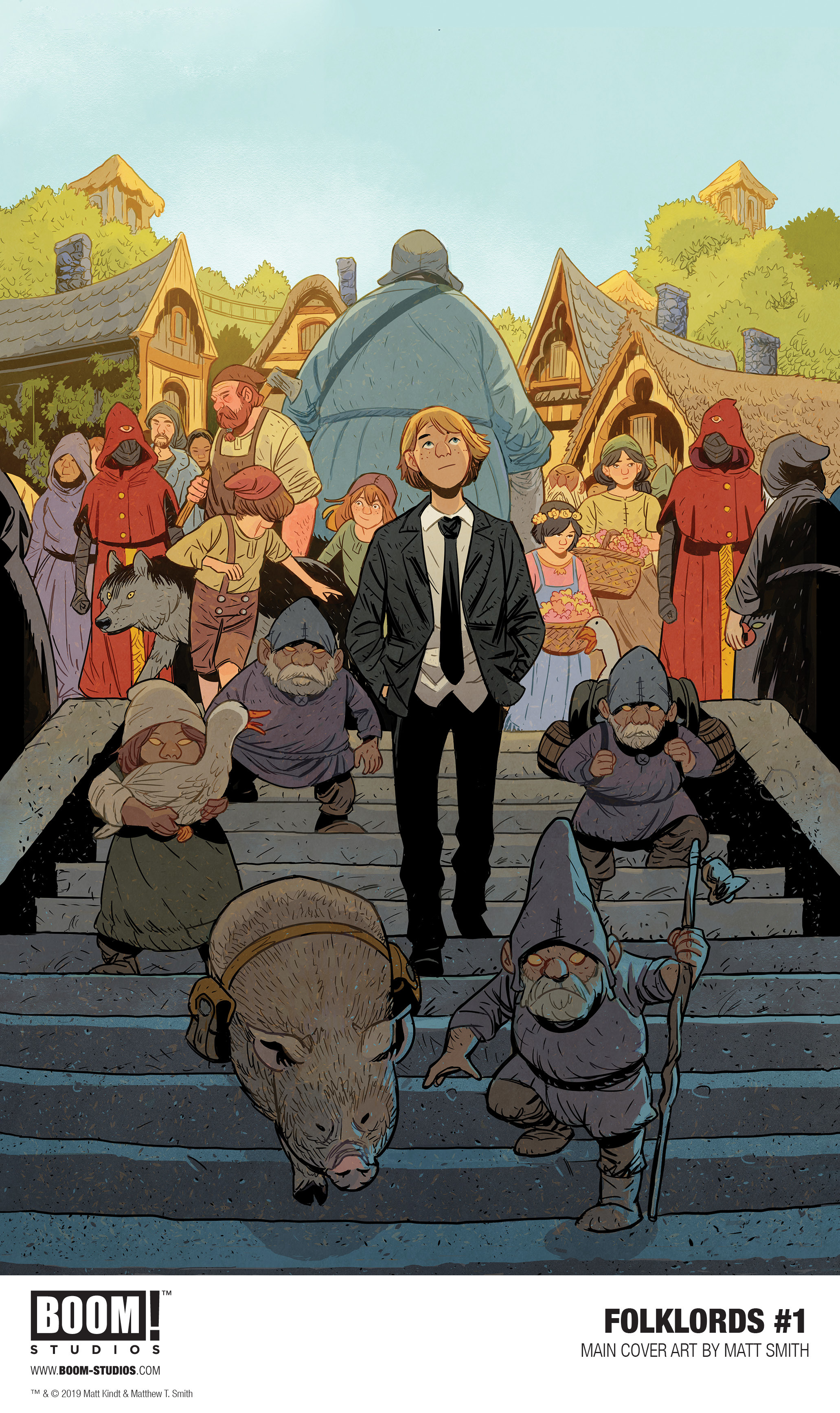 LOS ANGELES, CA (October 15, 2019) – BOOM! Studios is proud to reveal a first look at FOLKLORDS #1, the premiere issue of an all-new original five-issue series from Eisner Award-nominated writer Matt Kindt (Grass Kings, Black Badge) and acclaimed artist Matt Smith (Hellboy & the BPRD: Long Night at Goloski, Lake of Fire) about a young man whose forbidden quest reveals the shocking truth about his world and turns everything he ever knew upside down, available on November 13, 2019.

In a world of magic and monsters, Ansel is an outsider haunted by visions of well-pressed suits and modern technology. When it comes time for him to declare his Quest on his 18th birthday, Ansel decides to seek out a legend that is only spoken in hushed whispers—the Folklords—hoping they can explain his visions…but looking for the Folklords is expressly forbidden, and going on a rogue quest is punishable by death. What will Ansel risk to find answers to the questions and visions that have set him apart his entire life?

FOLKLORDS is the newest release from BOOM! Studios’ eponymous imprint, home to critically acclaimed original series, including Once & Future by Kieron Gillen and Dan Mora; Faithless by Brian Azzarello and Maria Llovet; Abbott by Saladin Ahmed and Sami Kivelä; Bury The Lede by Gaby Dunn and Claire Roe; Klaus by Grant Morrison and Dan Mora; and Something is Killing The Children by James Tynion IV and Werther Dell’Edera. The imprint also publishes popular licensed properties including Joss Whedon’s Firefly from Greg Pak and Dan McDaid; Buffy The Vampire Slayer from Jordie Bellaire and David Lopez; and Mighty Morphin Power Rangers from Ryan Parrott and Daniele Di Nicuolo.

Print copies of FOLKLORDS #1 will be available for sale November 13, 2019 exclusively at local comic book shops (use comicshoplocator.com to find the nearest one) or at the BOOM! Studios webstore. Digital copies can be purchased from content providers, including comiXology, iBooks, Google Play, and Madefire.

For continuing news on FOLKLORDS and more from BOOM! Studios, stay tuned to www.boom-studios.com and follow @boomstudios on Twitter. 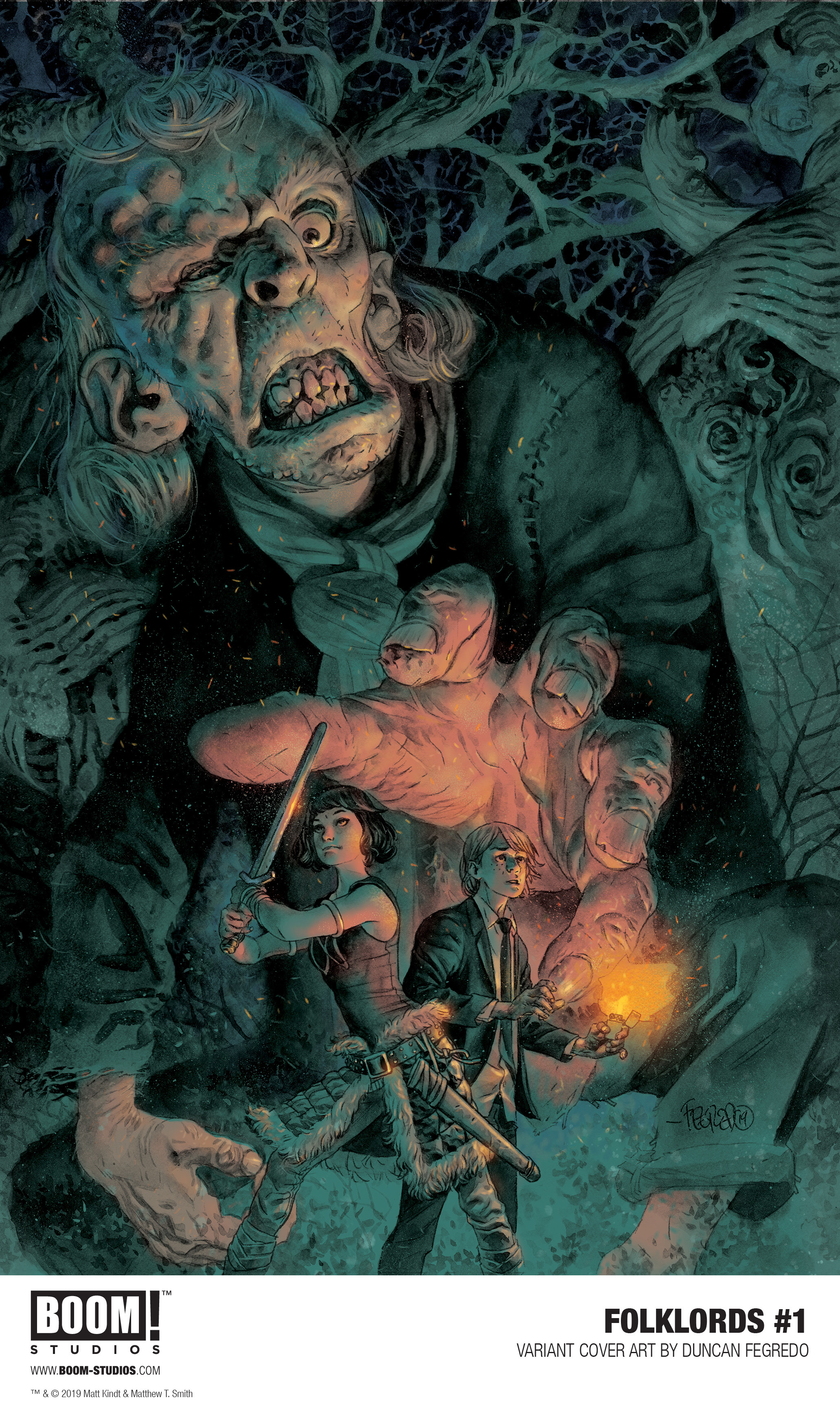 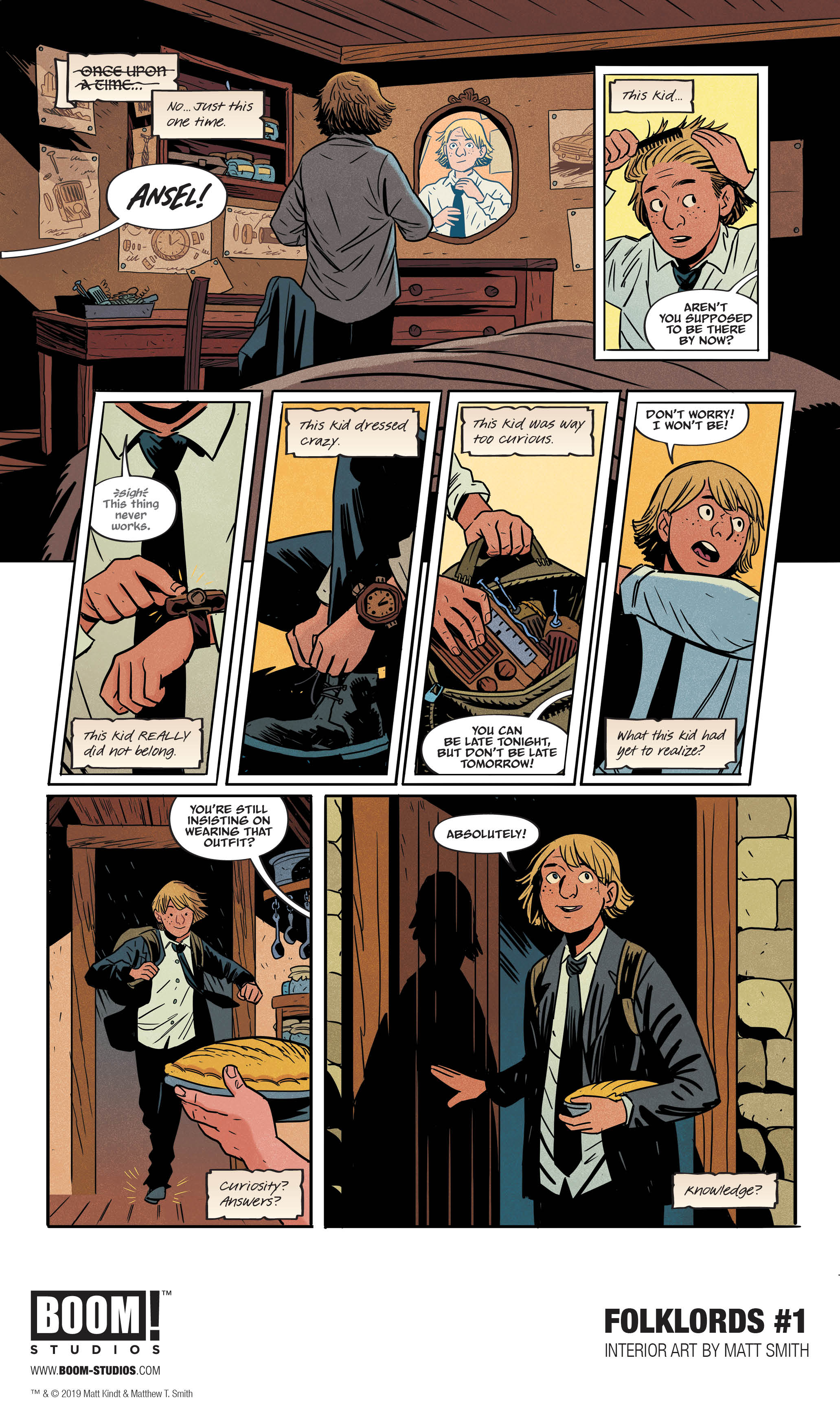 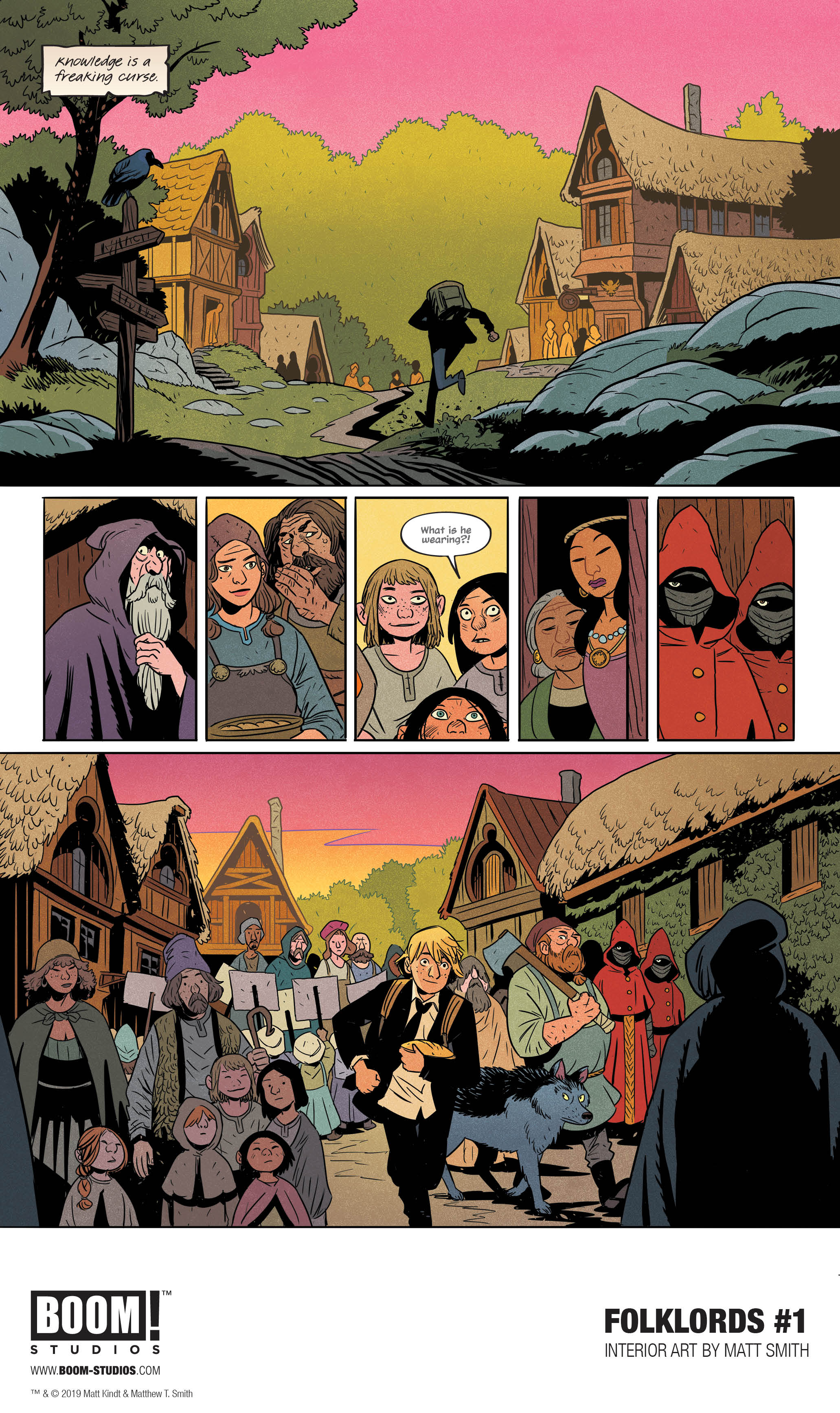 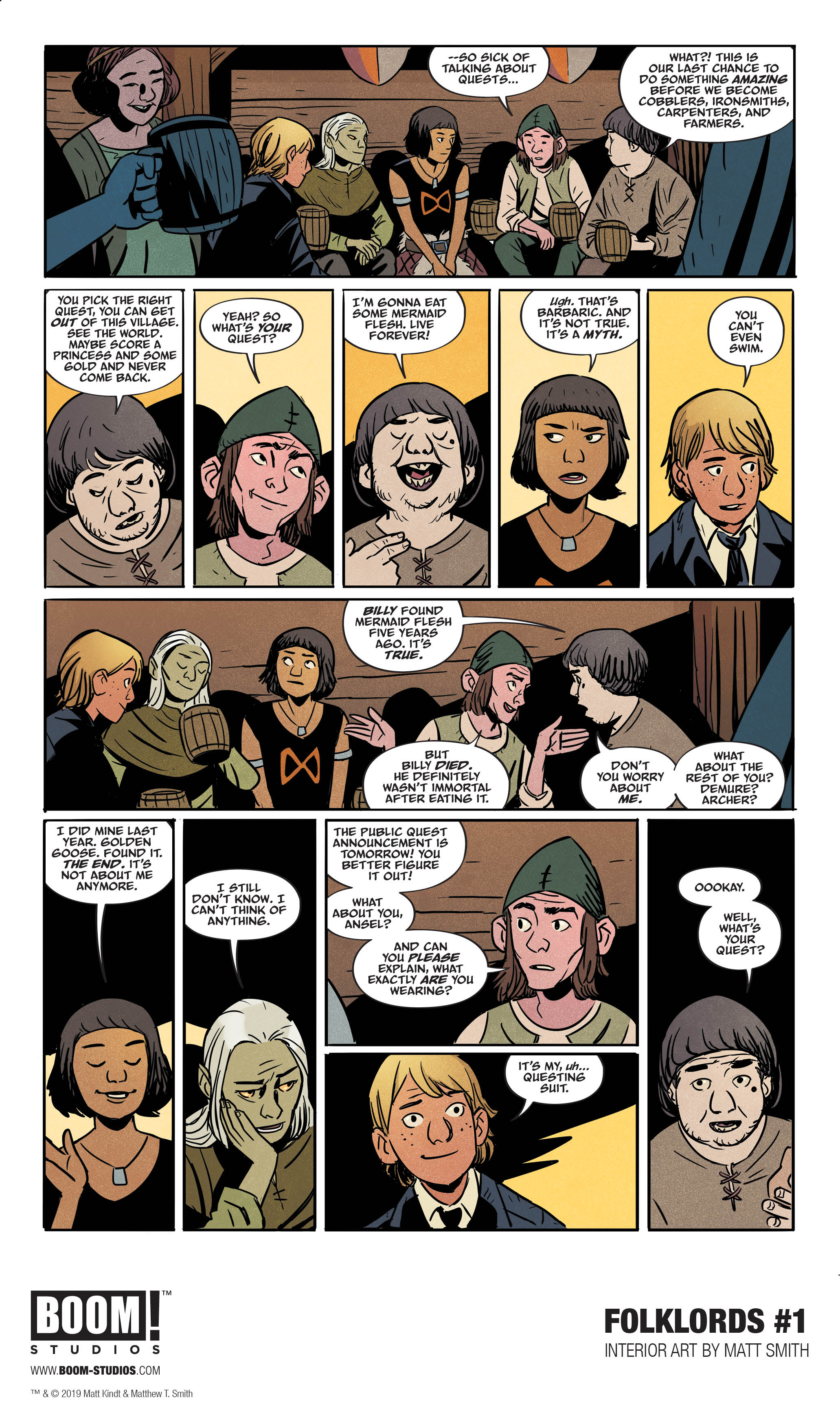 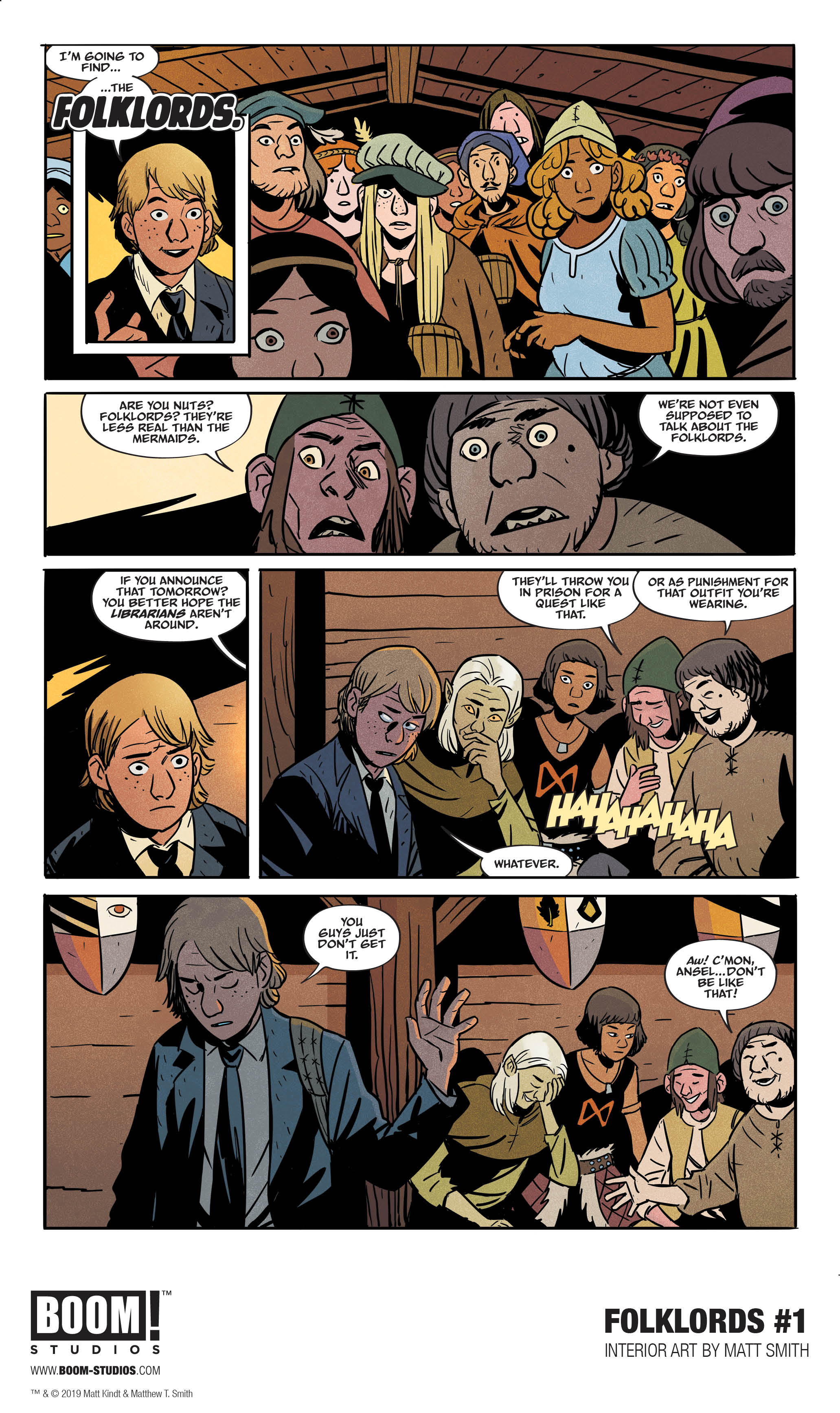