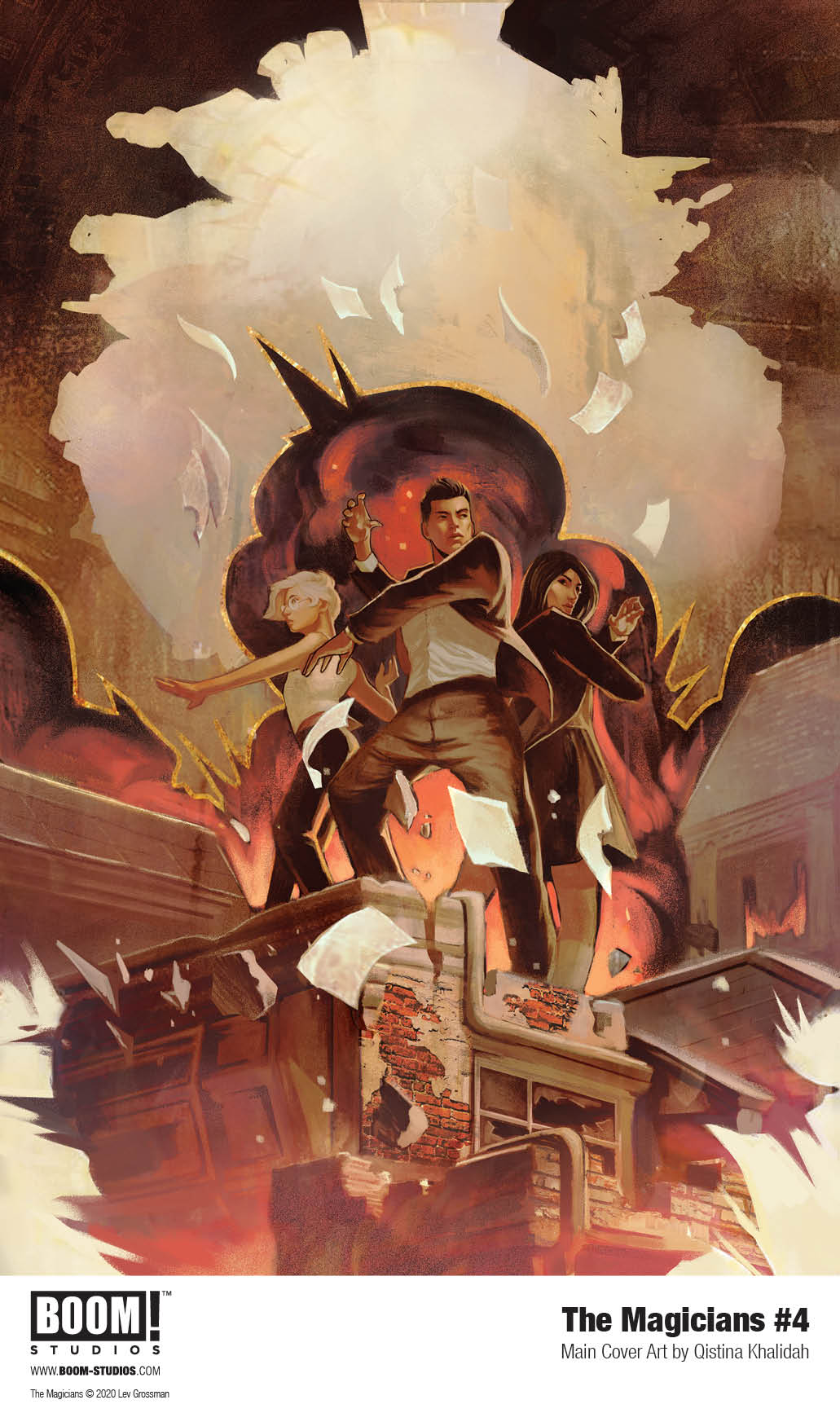 After discovering carnage in the midst of the Brakebills library, it’s clear that there is something much bigger at hand than the rivalry between the hedge witches and the traditional magicians. Someone, or something sinister is at work, and Dean Fogg will finally have to reveal the truth behind opening the doors of Brakebills to the hedges… and what it means for their future.

THE MAGICIANS is the newest release from BOOM! Studios’ ambitious Archaia imprint, home to graphic novels such as Bolivar by Sean Rubin; Mouse Guard by David Petersen; Girl in the Himalayas and New World by David Jesus Vignolli; Jane by Aline Brosh McKenna and Ramón Pérez; Persephone by Loïc Locatelli-Kournwsky; and licensed series including Jim Henson’s The Power of the Dark Crystal and Jim Henson’s Labyrinth: Coronation.

Print copies of THE MAGICIANS #4 will be available for sale February 5, 2020 exclusively at local comic book shops (use comicshoplocator.com to find the nearest one) or at the BOOM! Studios webstore. Digital copies can be purchased from content providers, including comiXology, iBooks, Google Play, and Madefire.

For continuing news on THE MAGICIANS and more from BOOM!, stay tuned to www.boom-studios.com and follow @boomstudios on Twitter. 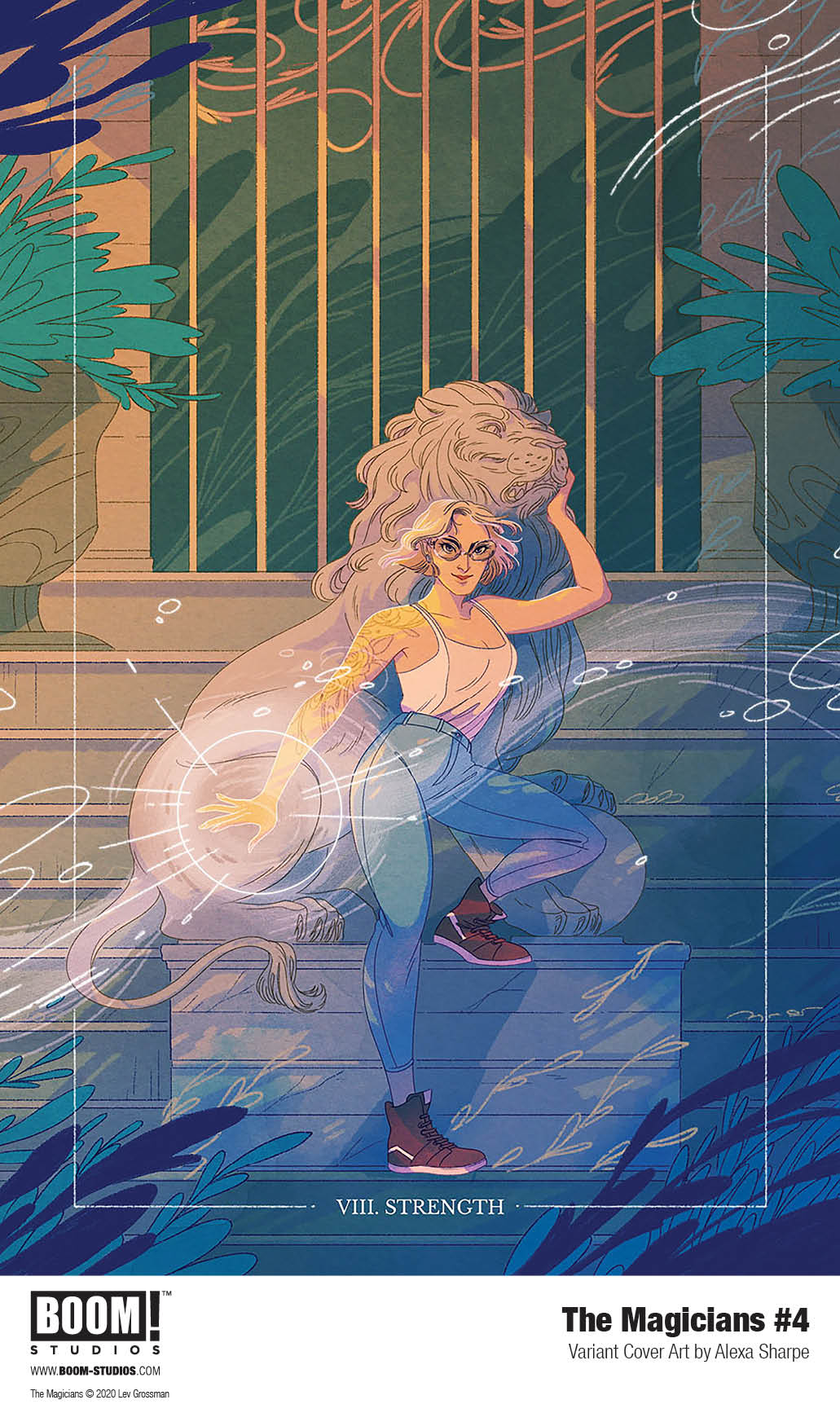 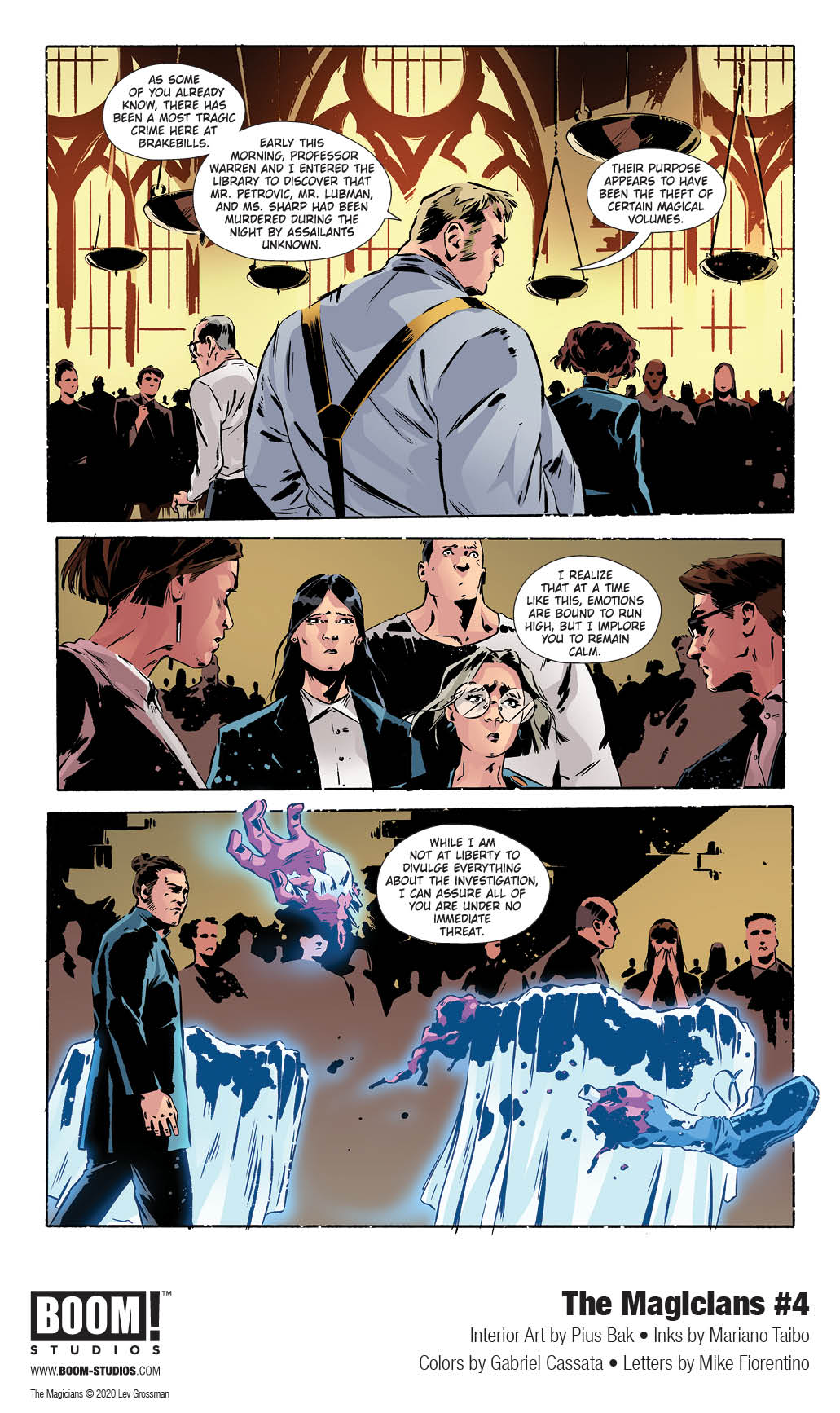 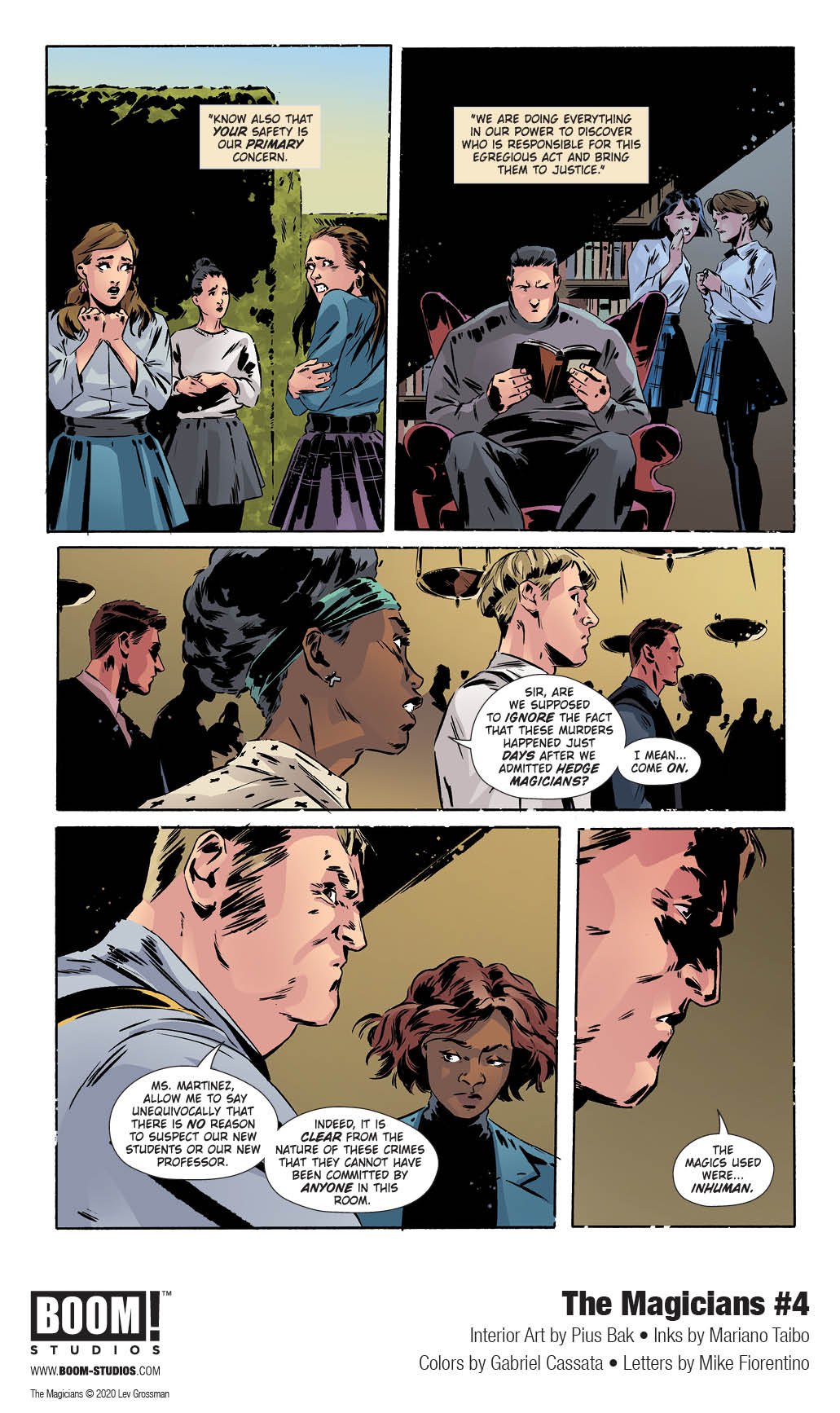 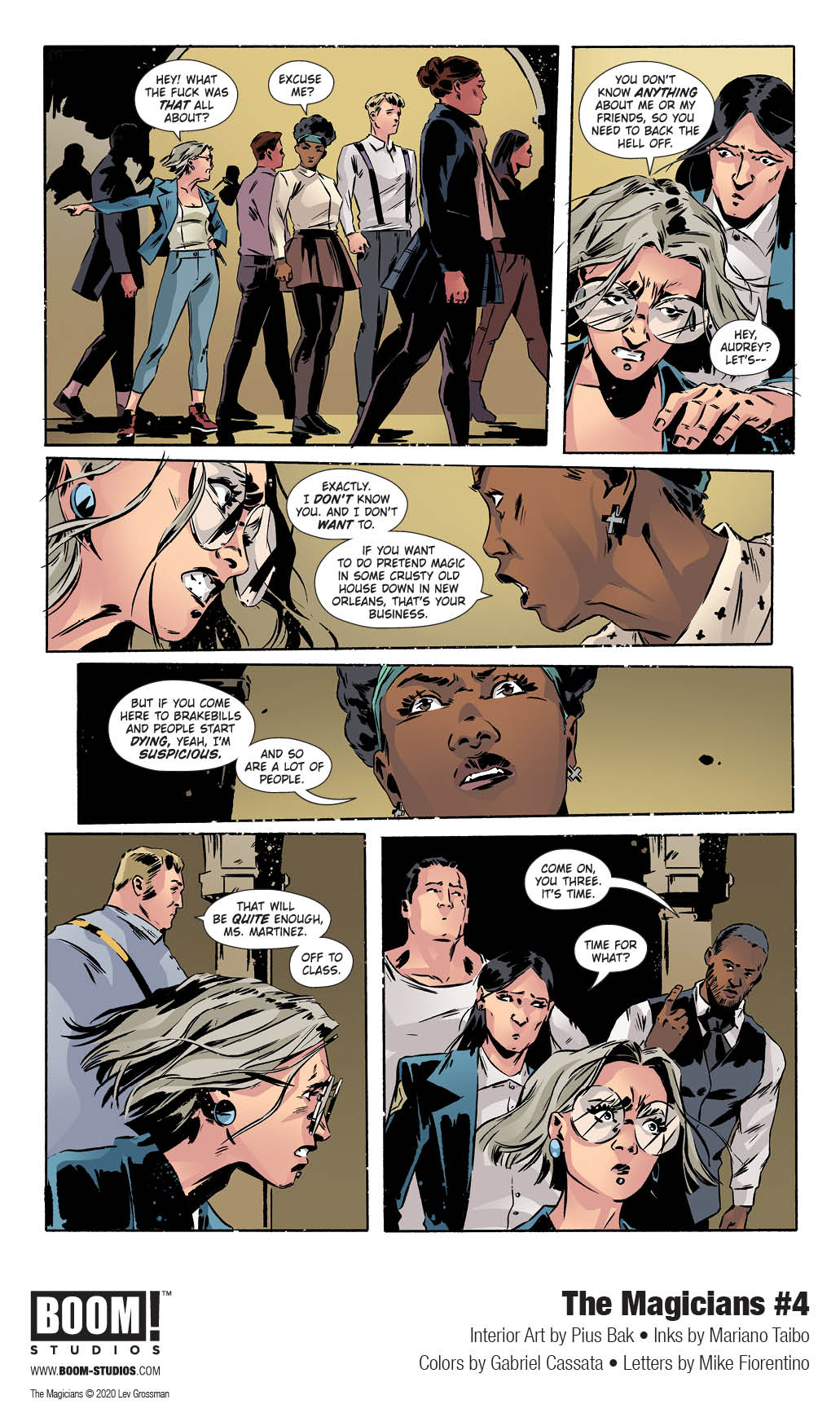 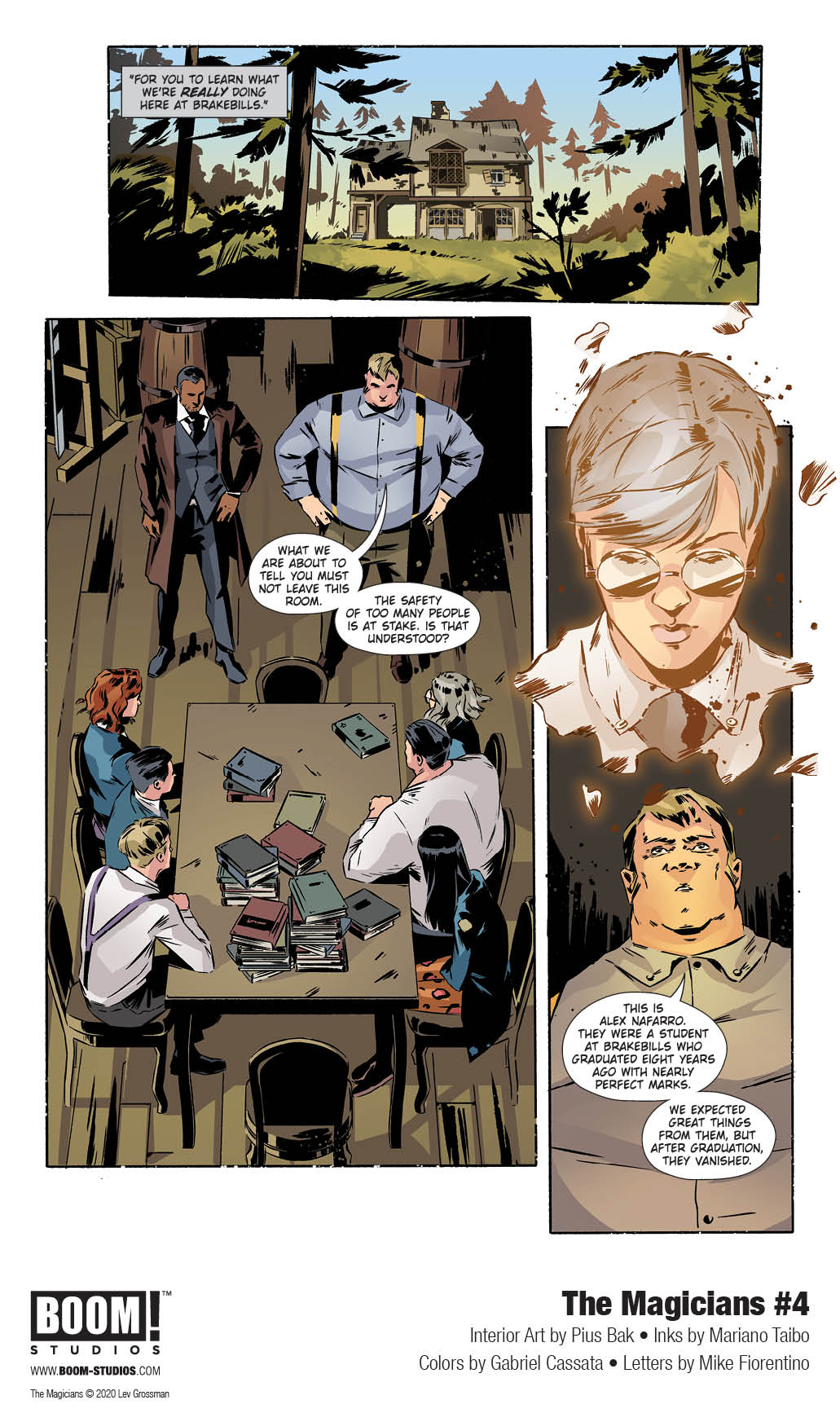 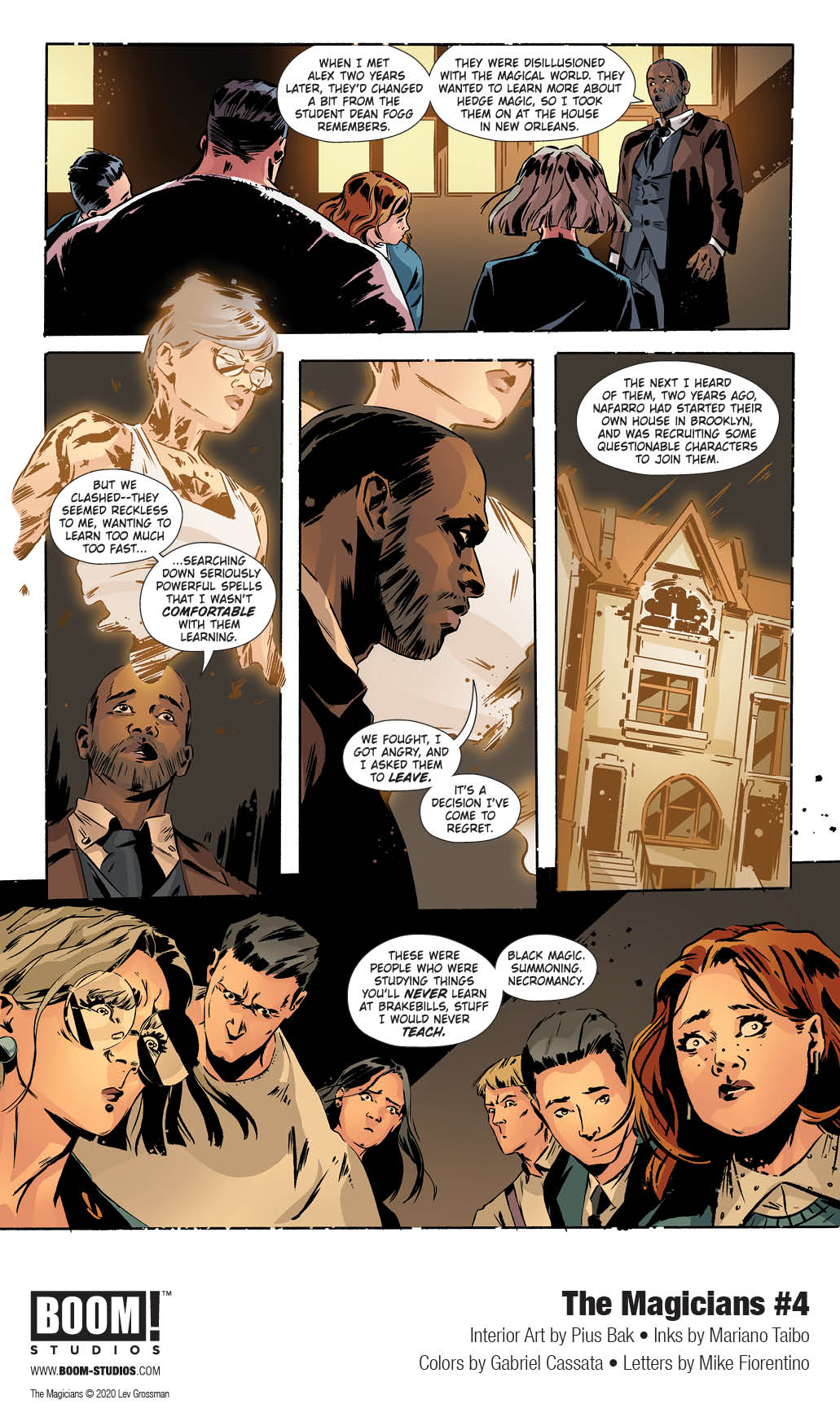