Discover The Sequel To The Groundbreaking Film in November 2018 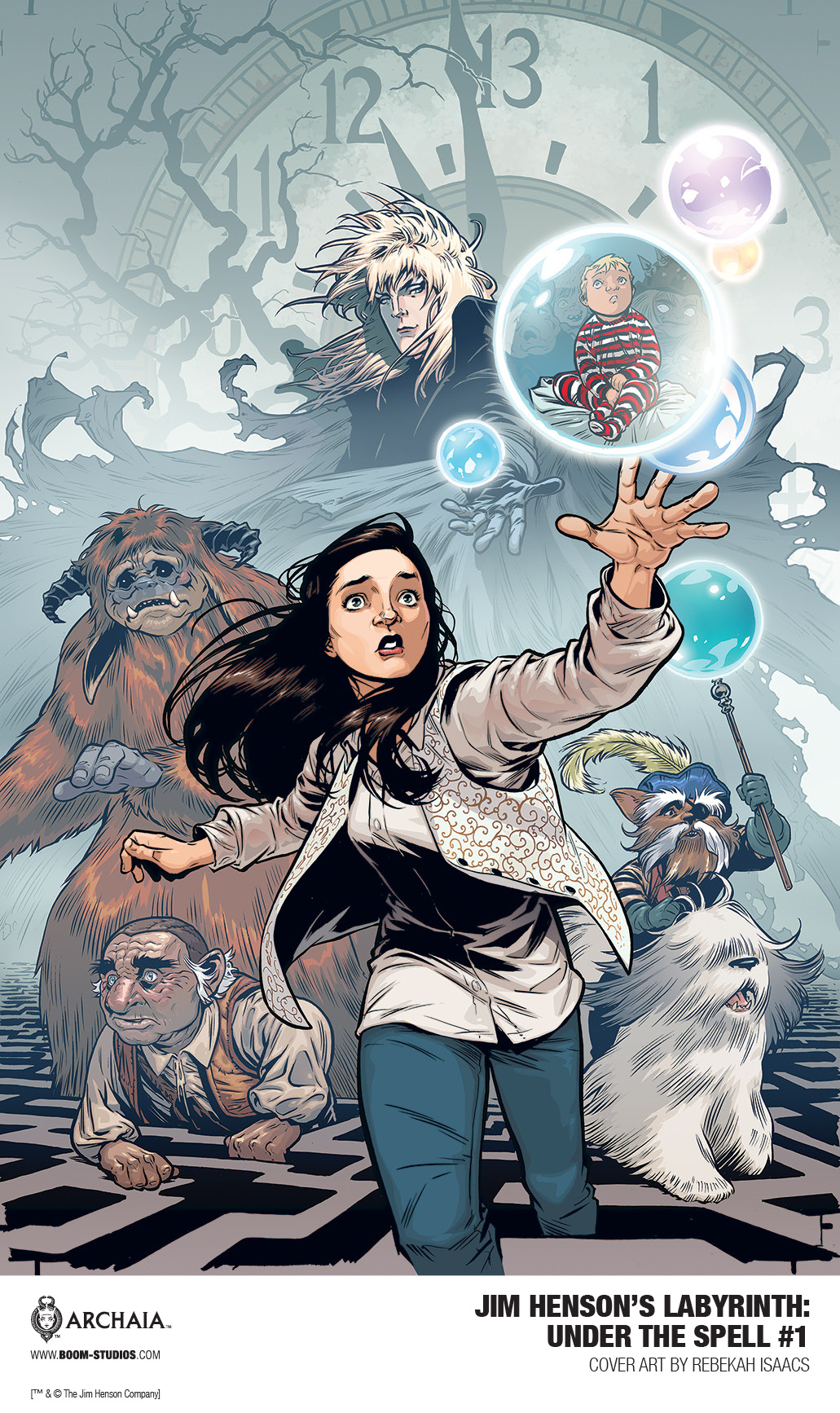 LOS ANGELES, CA (October 30, 2018) – BOOM! Studios today unveiled a first look at JIM HENSON’S LABYRINTH: UNDER THE SPELL #1, an all-new special collection of stories starring the strange and wondrous characters of Jim Henson’s beloved fantasy classic Labyrinth, including the reveal of the secret history of Sir Didymus and the vow he made to guard the bridge over the Bog of Eternal Stench.

Writer S.M. Vidaurri (Steven Universe: Harmony) and artist Sarah Webb (Kochab), alongside the talented creators Sina Grace (Iceman), Boya Sun (5 Worlds), and Michael Dialynas (The Woods) weave a tapestry of tales that brings us back to the Goblin Kingdom to face dangers untold and hardships unnumbered.

JIM HENSON’S LABYRINTH: UNDER THE SPELL #1 features a main cover by Rebekah Isaacs (The Thirteenth Doctor), along with a preorder cover by illustrator Richey Beckett and an incentive variant cover by Jeremy A Bastian (Cursed Pirate Girl).

“Labyrinth introduced fans to a world of endless imagination where anything is possible. There are always new corners to be explored and new revelations to be uncovered,” said Cameron Chittock, Editor, BOOM! Studios, “UNDER THE SPELL #1 shines light on fan favorite characters and introduces all new creatures to the canon, building on the ever-expanding world Jim Henson created.”

JIM HENSON’S LABYRINTH: UNDER THE SPELL #1 is the latest release from BOOM! Studios’ ambitious Archaia imprint, home to graphic novels such as Mouse Guard by David Petersen; Rust by Royden Lepp; Bolivar by Sean Rubin; Jane by Aline Brosh McKenna and Ramón K. Pérez; About Betty’s Boob by Vero Cazot and Julie Rocheleau; and licensed series like Jim Henson’s The Power of the Dark Crystal and Jim Henson’s Labyrinth: Coronation.

Print copies of JIM HENSON’S LABYRINTH: UNDER THE SPELL #1 will be available for sale on November 28, 2018 at local comic book shops (use comicshoplocator.com to find the nearest one) or at the BOOM! Studios webstore. Digital copies can be purchased from content providers, including comiXology, iBooks, Google Play, and the BOOM! Studios app.

For continuing news on JIM HENSON’S LABYRINTH: UNDER THE SPELL #1 and more from BOOM! Studios, stay tuned to www.boom-studios.com and follow @boomstudios on Twitter. 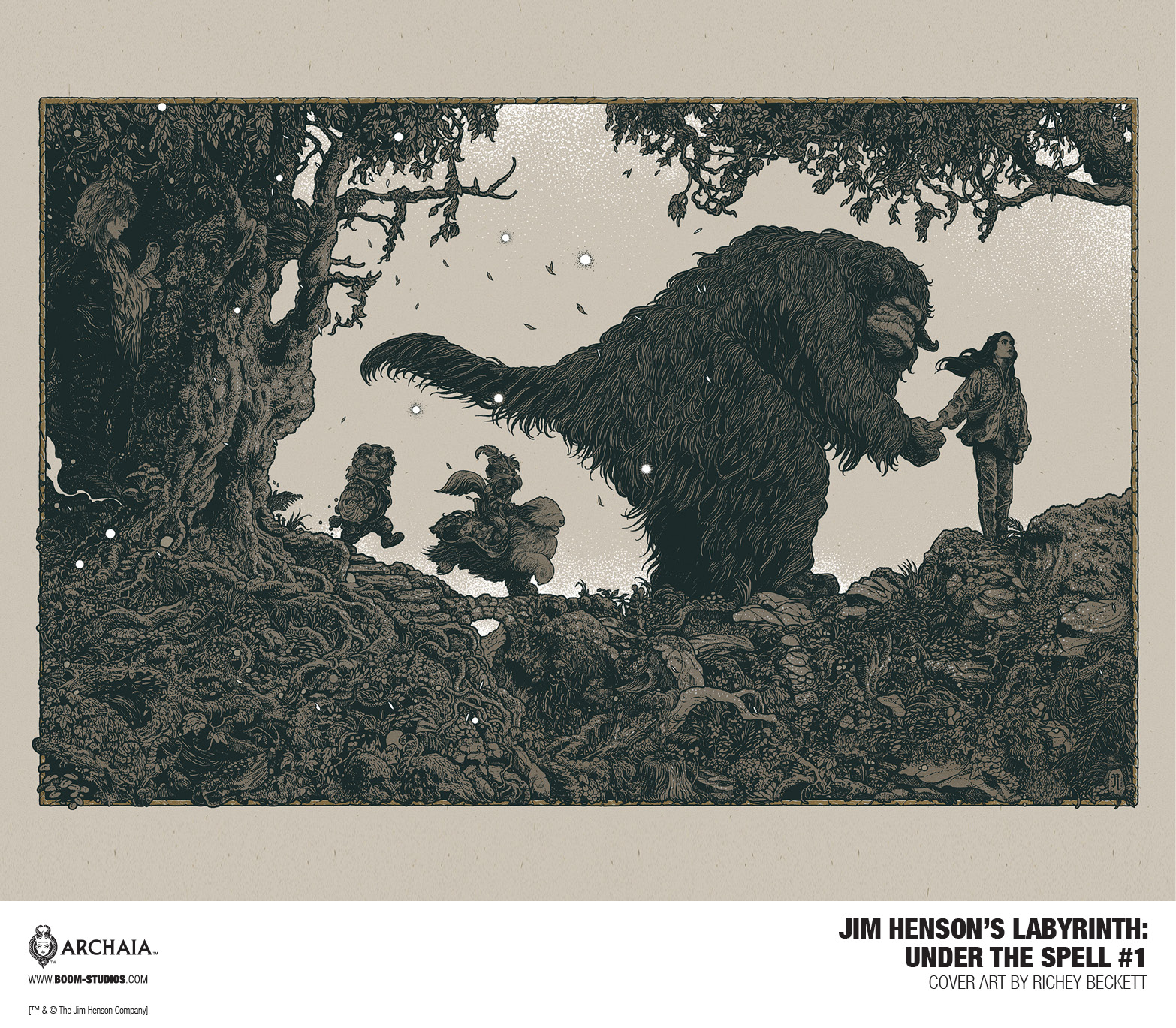 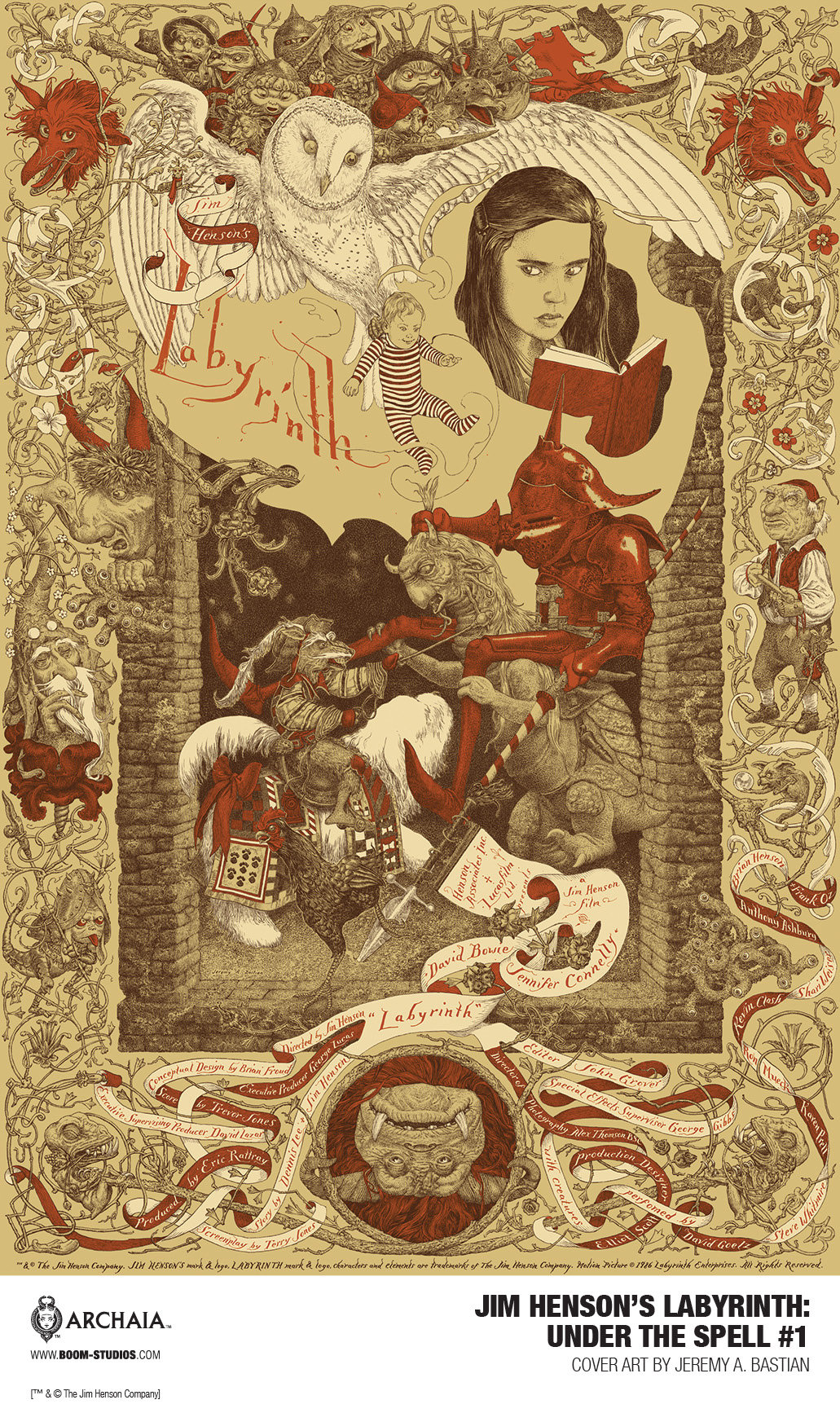 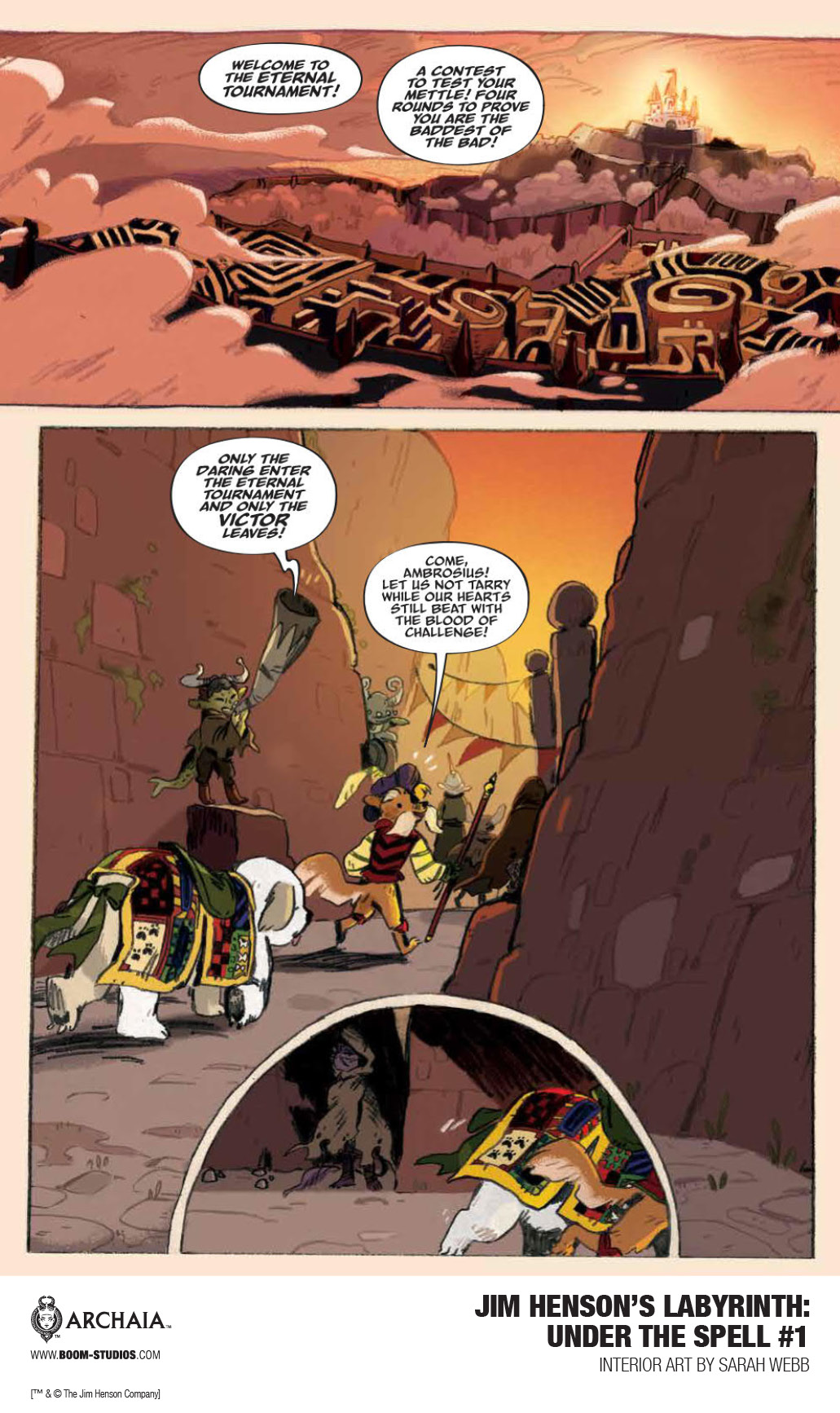 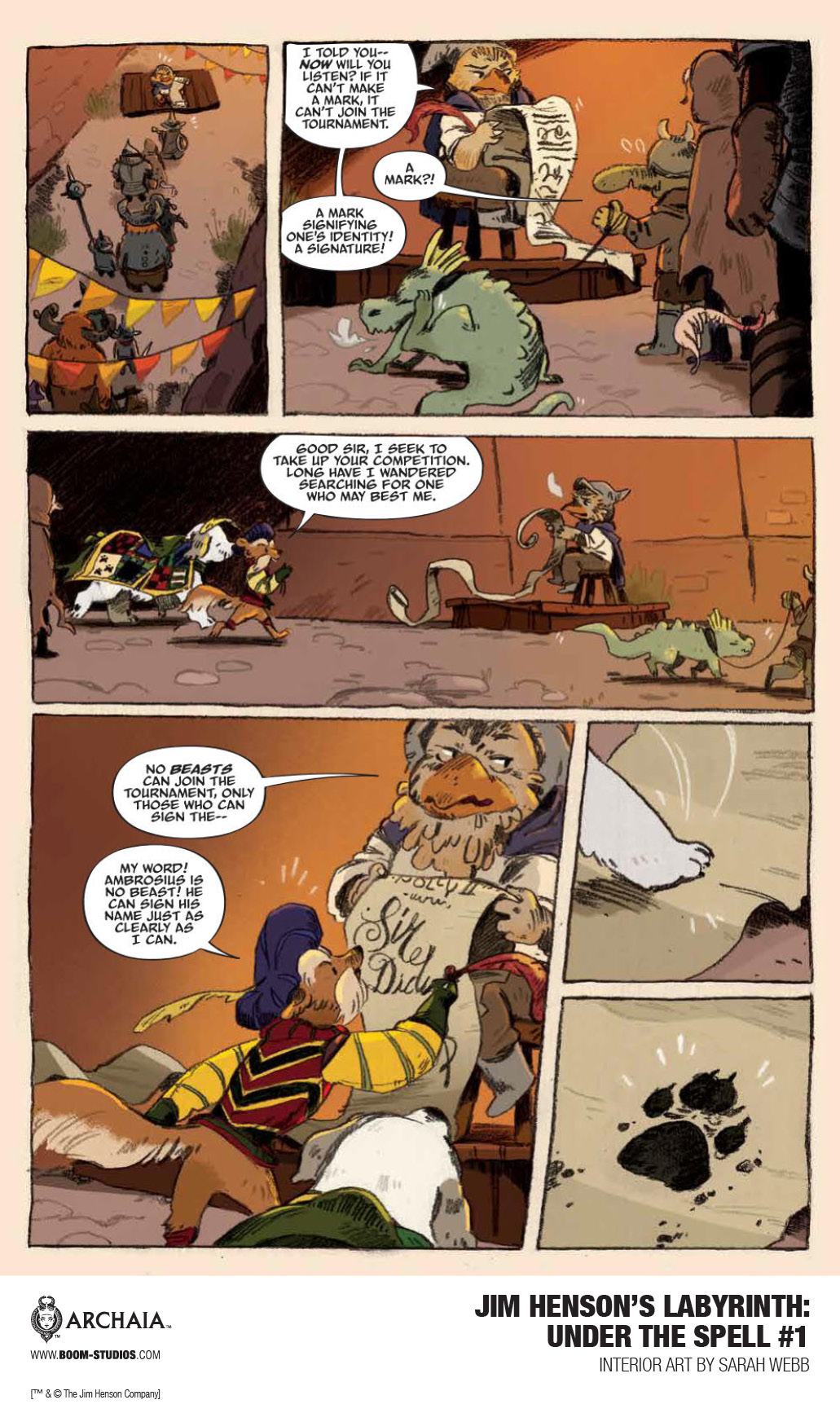 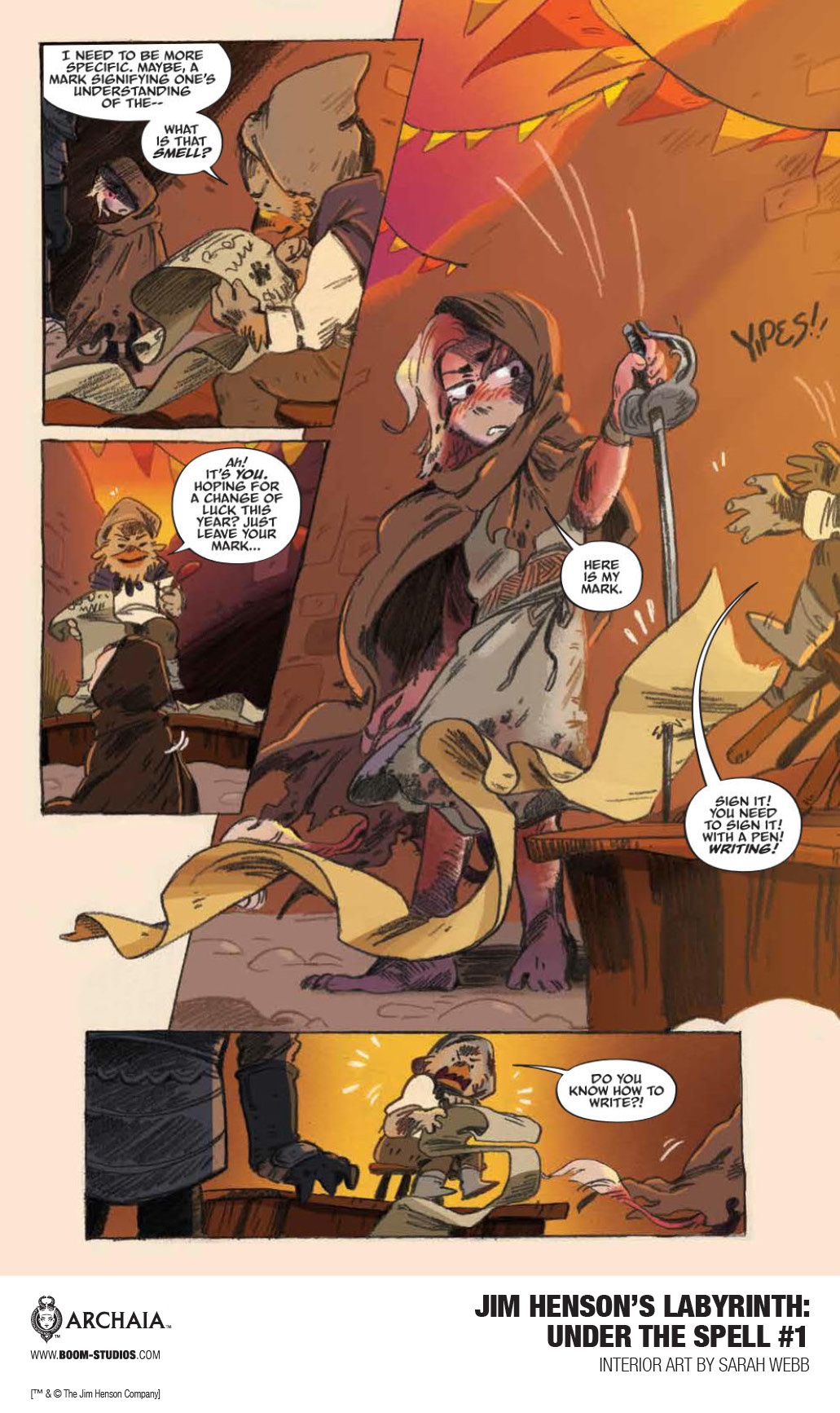 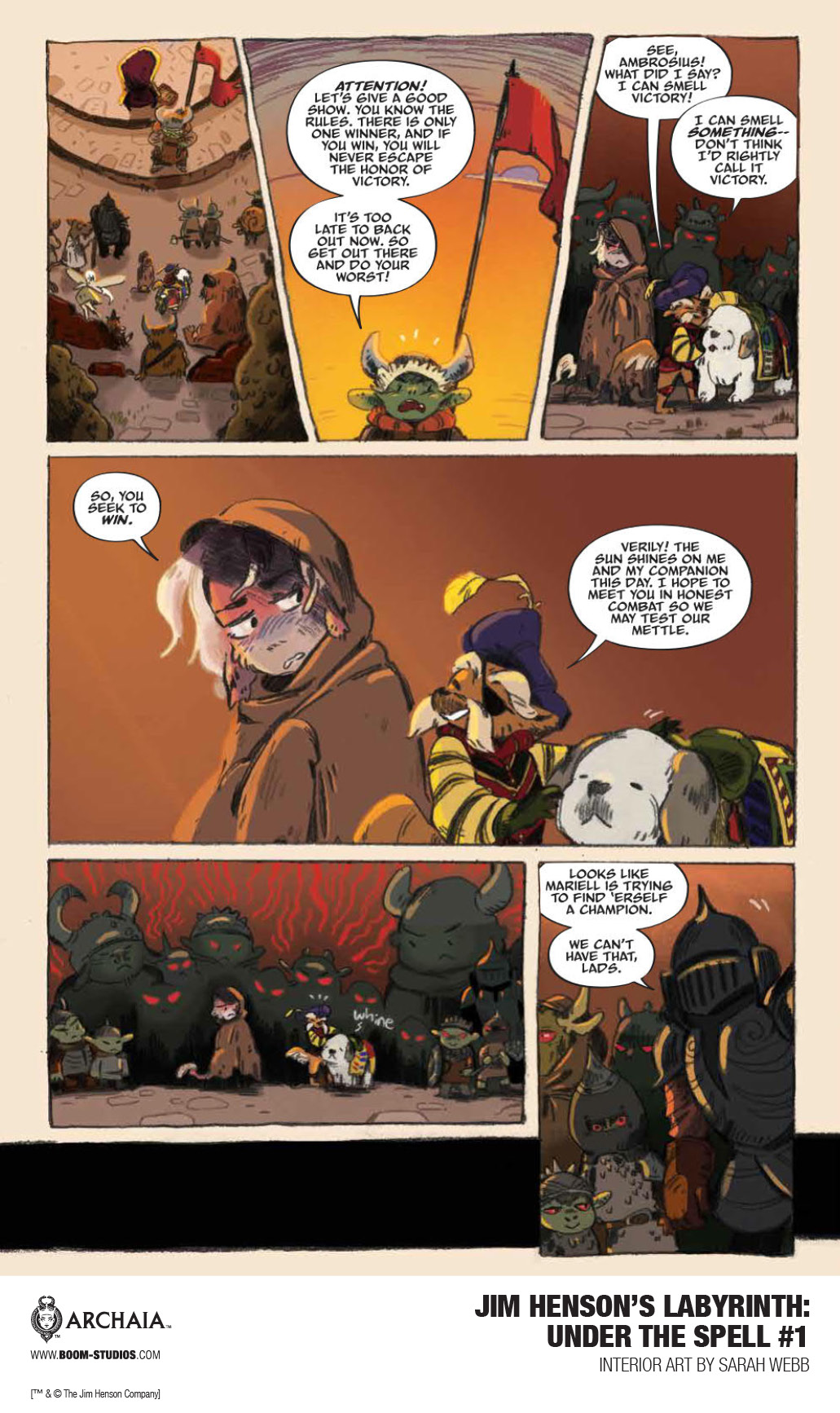 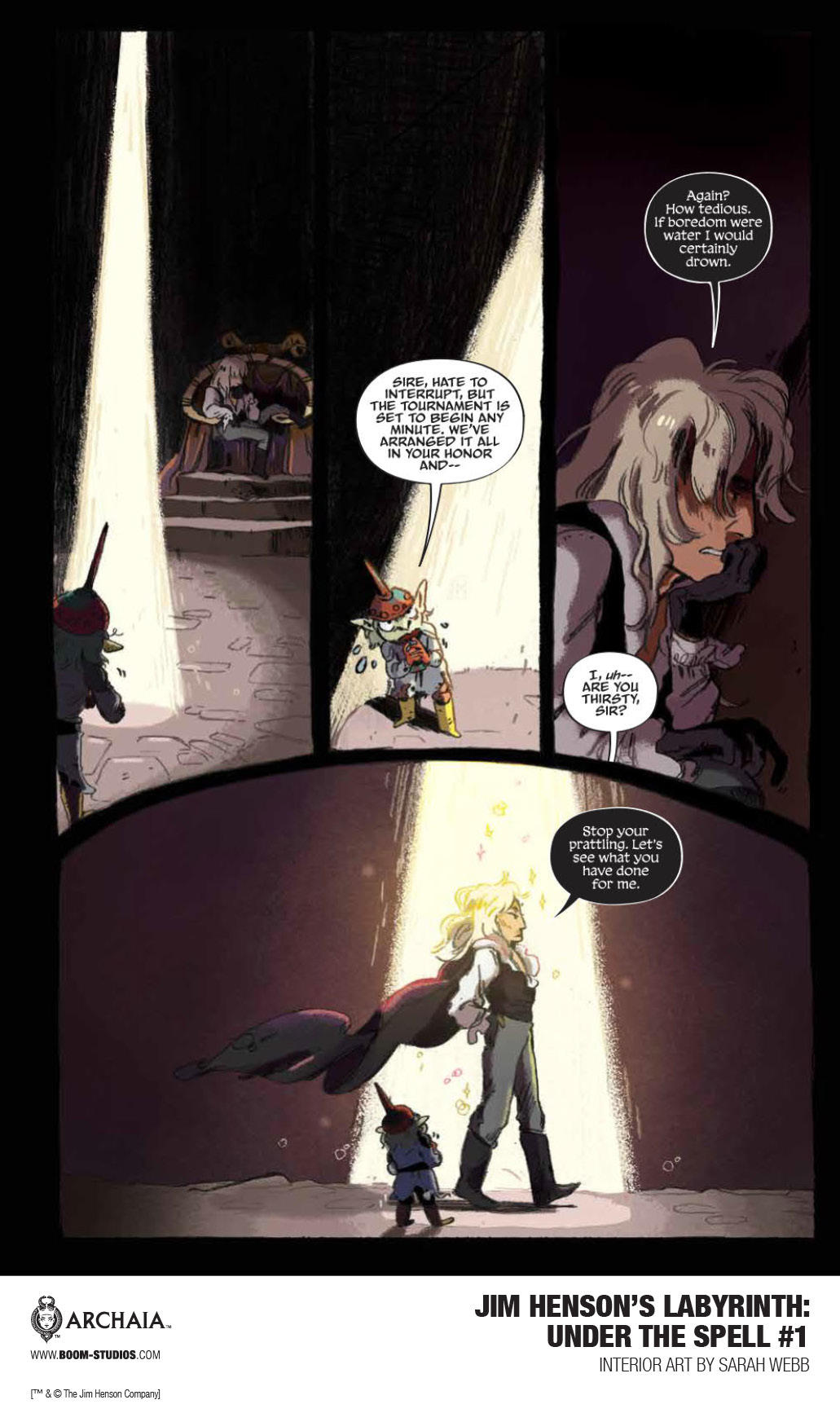